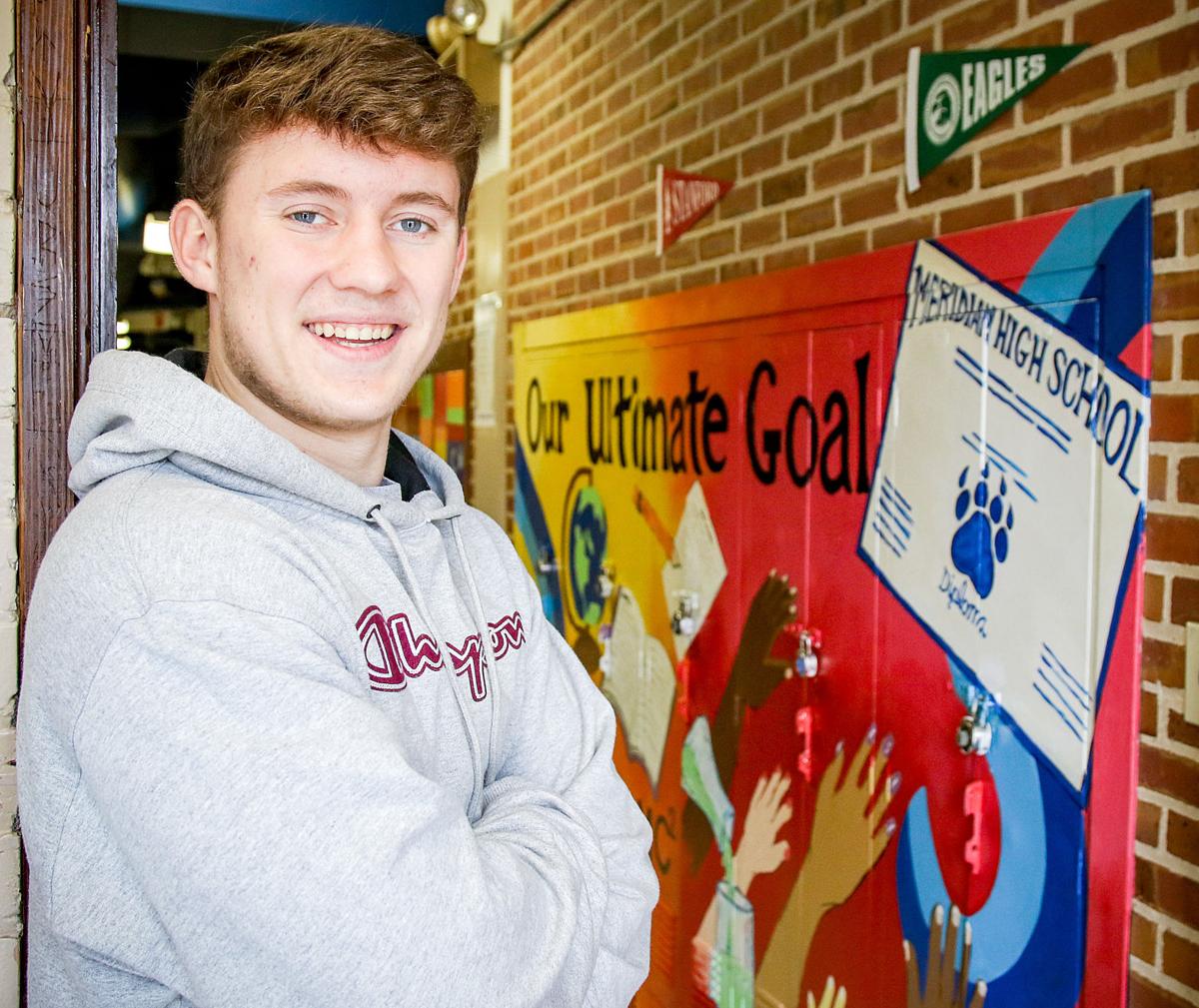 Meridian High School senior John Logan Young scored a 34 on the ACT and has a non-weighted GPA of 4.0. He was recently named a National Merit Finalist. 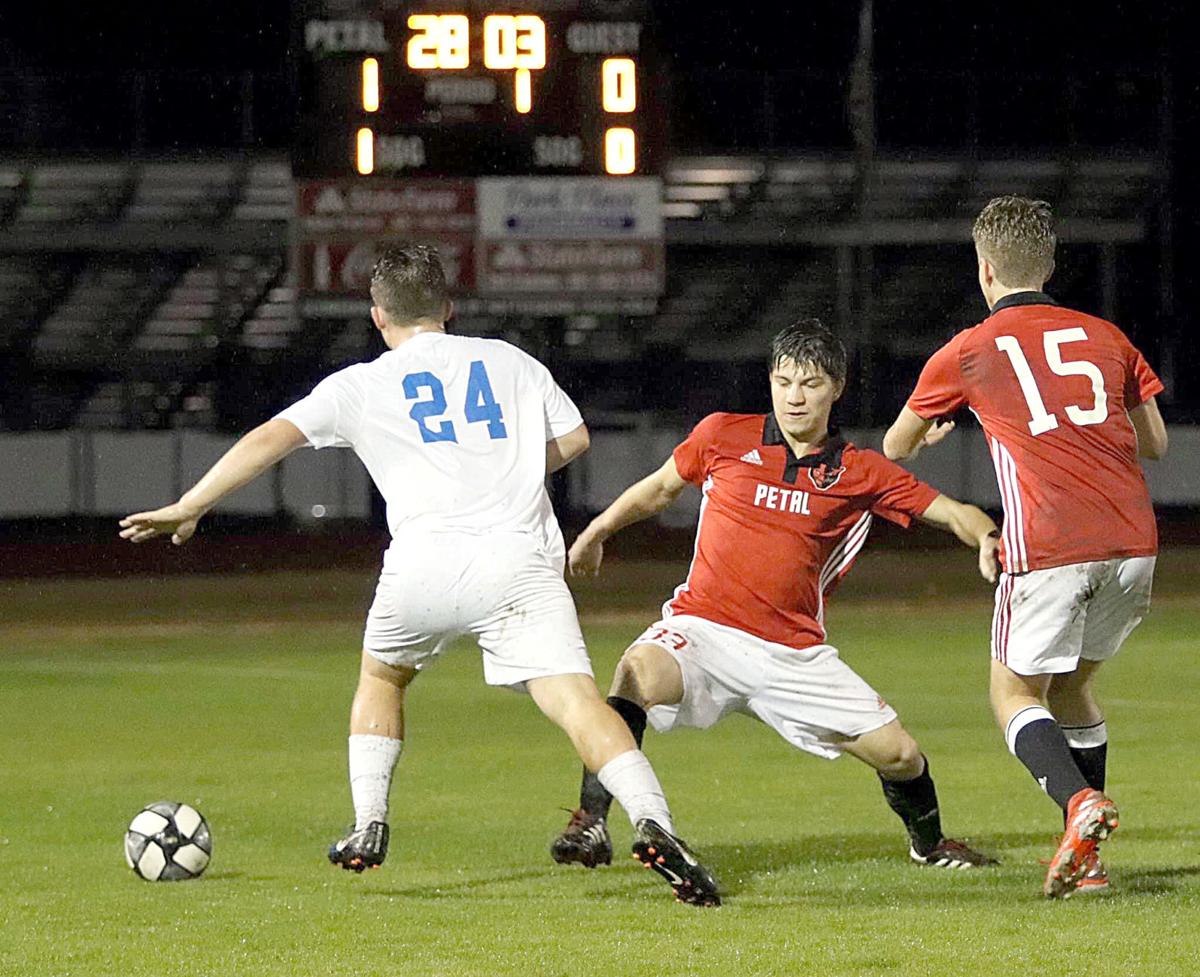 Meridian’s John Landon Young (24) is pictured during a soccer game against Petal this past season.

Young, who scored a 34 on the ACT and has a non-weighted grade-point average of 4.0, learned in September he was a semifinalist in the National Merit Scholarship Program, but it wasn’t until Tuesday that he was informed he made the next cut. Still, Young said he preferred the method in which he found out about being a finalist, even if it required a lot of patience.

“Someone leaked to me about being a semifinalist three days before I was supposed to know, so then someone told me and I pretended to be surprised,” Young said. “Most semifinalists become finalists, so I was expecting it, but I still hated waiting. It was a long wait from September until (Tuesday).”

Young was a kicker for the Wildcats football team this past season and has also played soccer and tennis his entire high school career. Becoming a National Merit Finalist was more than just an individual achievement for Young — high school pride played into it as well.

His brother, Daniel Young, was a National Merit honorable mention more than a decade ago at Meridian, and Young credits both his brother and his parents, Debbie and Danny Young, for his academic success.

“They always read to me and made me focus on studying,” Young explained. “In elementary school, I read a whole lot.”

That translated to high school, where Young said the success in learning almost comes naturally, but there have still been classes that challenged him, like AP Chemistry, AP Language and AP Literature.

“(Michelle) West, my AP Chemistry teacher, assigned a lot of homework that was pretty hard,” Young said. “AP Language and AP Literature helped me with my essay writing and reading comprehension. We’re reading books and poems that three years ago I wouldn’t have been able to understand.”

With football being a fall sport, soccer being a winter sport and tennis being a spring sport, Young has kept busy with sports for the entire school year. It’s a challenging balancing act, but Young said it wasn’t as difficult as it was during his freshman year.

“In ninth grade I also took seven classes, so I didn’t really have any free time,” Young said. “That was kind of awful, so I didn’t play football my sophomore and junior years. My workload did slow down a little this year, which was enough for me to pick football back up.”

Meridian tennis coach Zachari Ruff said Young isn’t just a smart, skilled athlete, but he also meshes well with his teammates, which has been a big help for Ruff as they enter the spring tennis season.

“He’s hilarious, for one,” Ruff said. “He’s always a team player who’s willing to take on whatever role we need for the team right now. I’m basically starting over with the girls team, and he’s taken over as captain of the boys while I get a chance to work with the girls. It’s a big help, and he works well with everyone.”

With soccer and tennis matches going late into the day sometimes, Young said some of the best times to study and catch up on schoolwork is actually during school hours.

“That was the good thing about having an off period last year, because I did a lot of my homework then,” Young said. “Away games makes it so hard to do homework sometimes.”

The difficulty does make the academic recognition more rewarding, though, Young added.

“It’s nice to see that it pays off, that I didn’t take all those hard classes or read all those books for nothing,” Young said. “It’s made it to where I don’t have to pay for school.”

And Young doesn’t regret all the extra time spent playing sports, either.

Young’s success academically even with a loaded athletic schedule make him a fantastic representative for not just Meridian High School, but for the entire Meridian Public School District, Huff said.