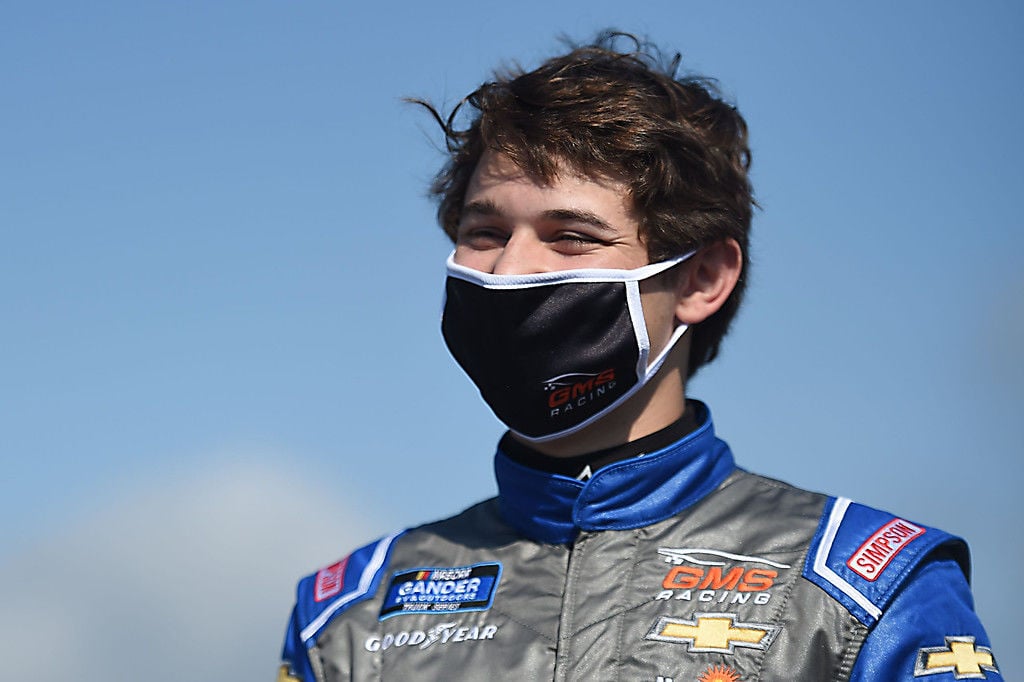 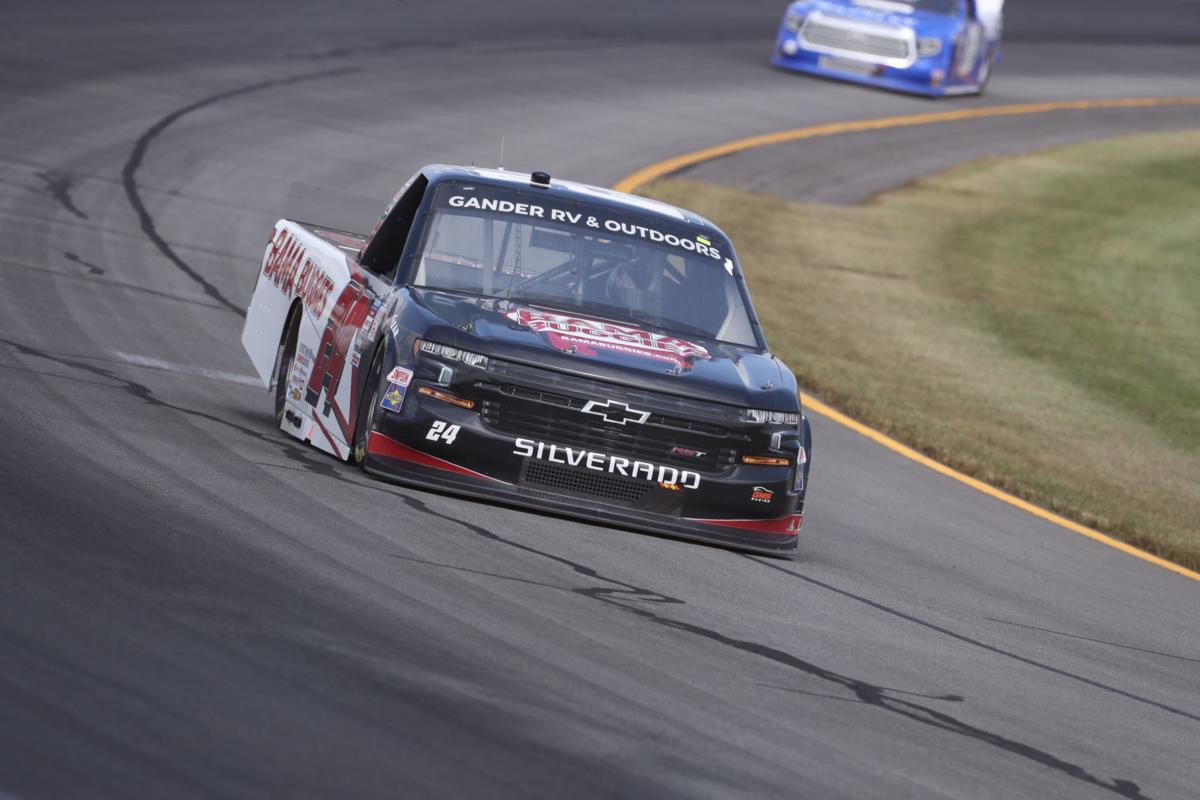 When Chase Purdy climbed into the driver’s seat of his No. 24 Bama Buggies Silverado at Pocono Raceway last Sunday, he felt a little anxious.

After an 18-month hiatus from auto racing, the 20-year-old was back on the track, looking to reacclimate to what had previously been a regular occurrence in his life. But once he and the other 39 participants moved their way to the starting line and fired off down the asphalt, Purdy instead felt a sense of comfort and familiarity.

“I told myself, ‘Just do what you know you’re capable of doing and hit your marks.’ Once I took the green flag and went through the first corner, my nerves settled in and I was fine,” he said. “I hadn’t done it in a while, so it was a little bit new again, but I think that once we ran through our pre-race rundown and talked about what we were going to do in the race, things started coming back.”

The race at Pocono marked Purdy’s season debut in the NASCAR Gander RV and Outdoors Truck Series, and his first competition since December 2018 after landing a partial deal with GMS Racing last month that puts him in the lineup for five races this season.

Purdy last competed full-time in 2018 in the ARCA Menards Series — collecting 10 top five finishes — before making his NASCAR Gander RV and Outdoors Truck Series career debut, making appearances at Martinsville Speedway and Phoenix Raceway, placing 21st and 13th respectively. His final race before the hiatus was a victory at the Snowflake 100 at Five Flags Speedway in Pensacola, Florida.

Disappointed he was unable to attend his son’s season debut due to NASCAR’s current ban on spectators, Dr. Charlie Purdy said he hopes to see Chase live and in-person at races closer to home. He’s thrilled his son has returned to what he loves, but it doesn’t come without a bit of apprehension.

“He’s behind the wheel again, but he’s actually jumping behind the wheel with the big boys at a big track, so I’m excited,” he said. “I’m a little scared because they’re going fast, there can be wrecks and, from a doctor’s standpoint, it is quite scary watching your son do that.”

During his time away from auto racing, Chase enrolled at Ole Miss and attended classes in Oxford while waiting for a potential deal. While pursuing his NASCAR career, he’ll be able to receive his education as well.

“It’s kind of a tale of two cities: He loves being in school, but at the same time he loves racing,” Charlie said. “He’s trying to do both this year, and the racing team wants him to do both, so he gets his dream shot of going to school and doing racing.”

Two members of the team also served on Chase’s ARCA team, which he said already gives him a boost of confidence.

“That’s crucial for me. It’s been huge to have them as my teammates because I know them really well, and we’re all good friends,” he said. “They’ve been really helpful, and they’re there for me to lean on so I can better myself and get re-acclimated.”

Part of his re-acclimation process is staying consistent, Chase said, with his goal being to have regular top-10 performances. Now that he has the first race under his belt, a 21st-place finish, he knows his potential for the next four.

“We didn’t get the finish that we definitely needed or wanted,” he said. “The speed that we had unfortunately didn’t get to show as far as position-wise for what we had, so I’m looking forward to those races.”

His next event is slated for July 11 at the Buckle Up In Your Truck 225 at Kentucky Speedway. He’ll follow that up with back-to-back races July 24-25 at Kansas Speedway before competing in his final race Oct. 3 at Talladega Superspeedway.

With his return to auto racing, Chase said he’s delighted to be back on a routine.

“I went from racing every weekend the majority of my life to having a year and a half off,” he said. “So I’m really just looking forward to being able to get back in the car week in and week out.”