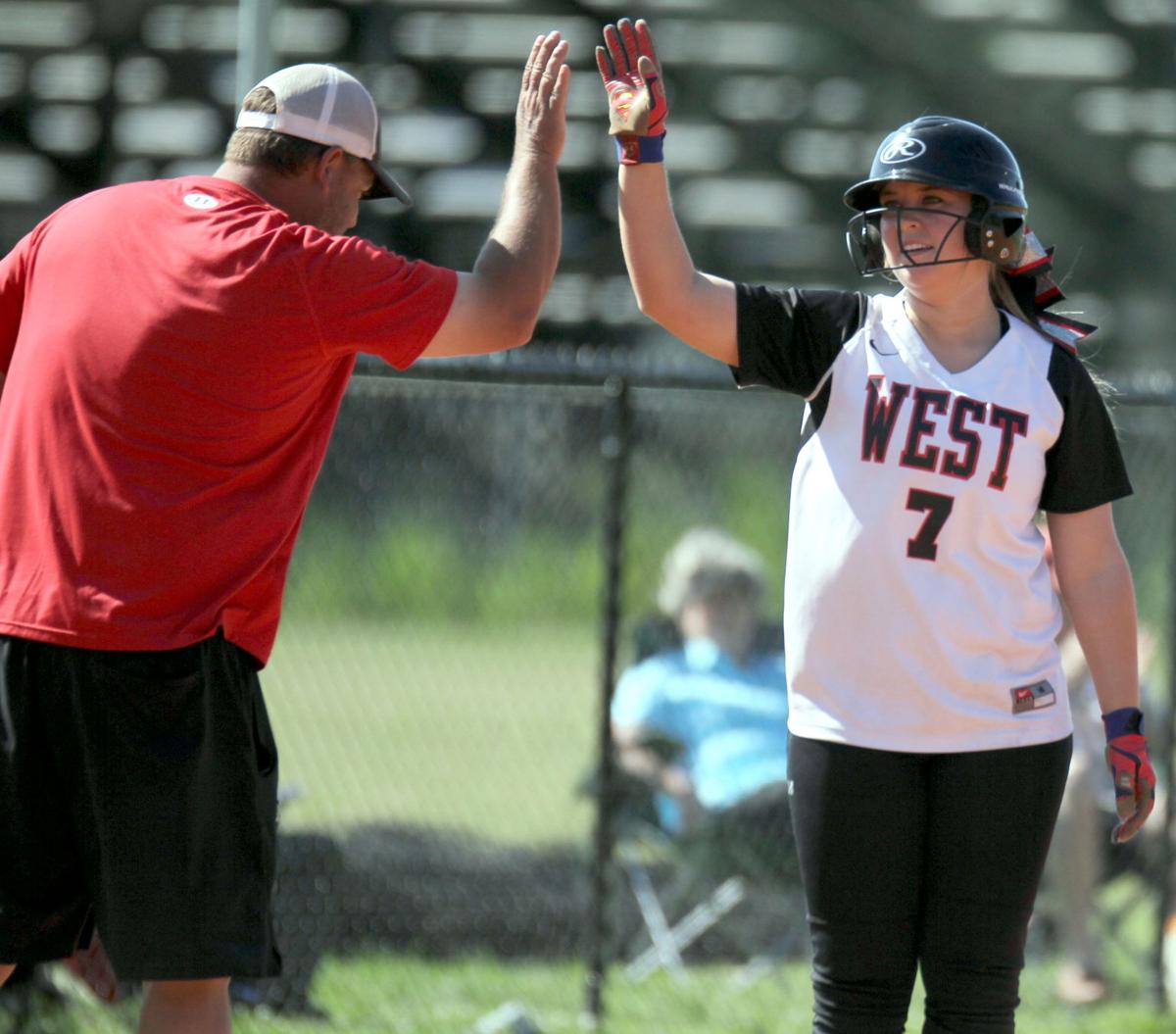 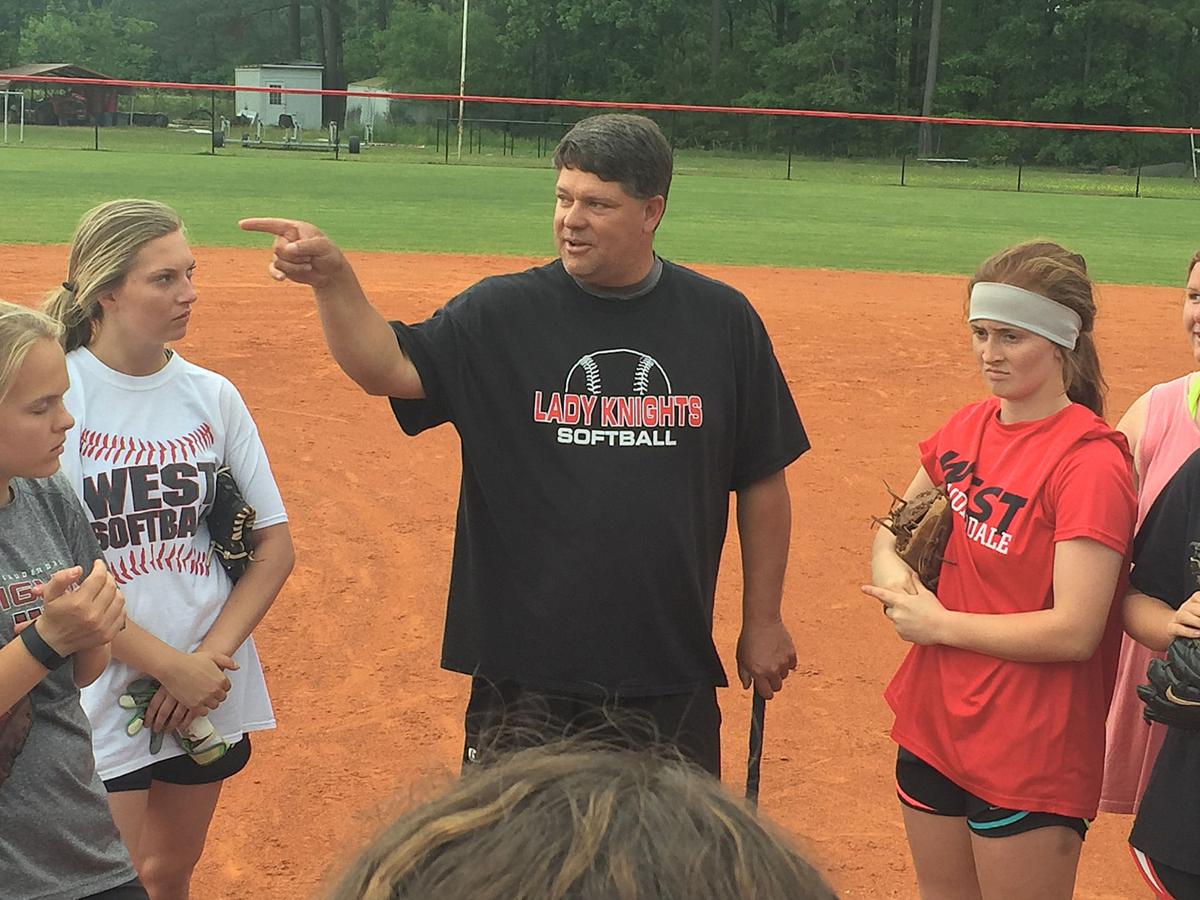 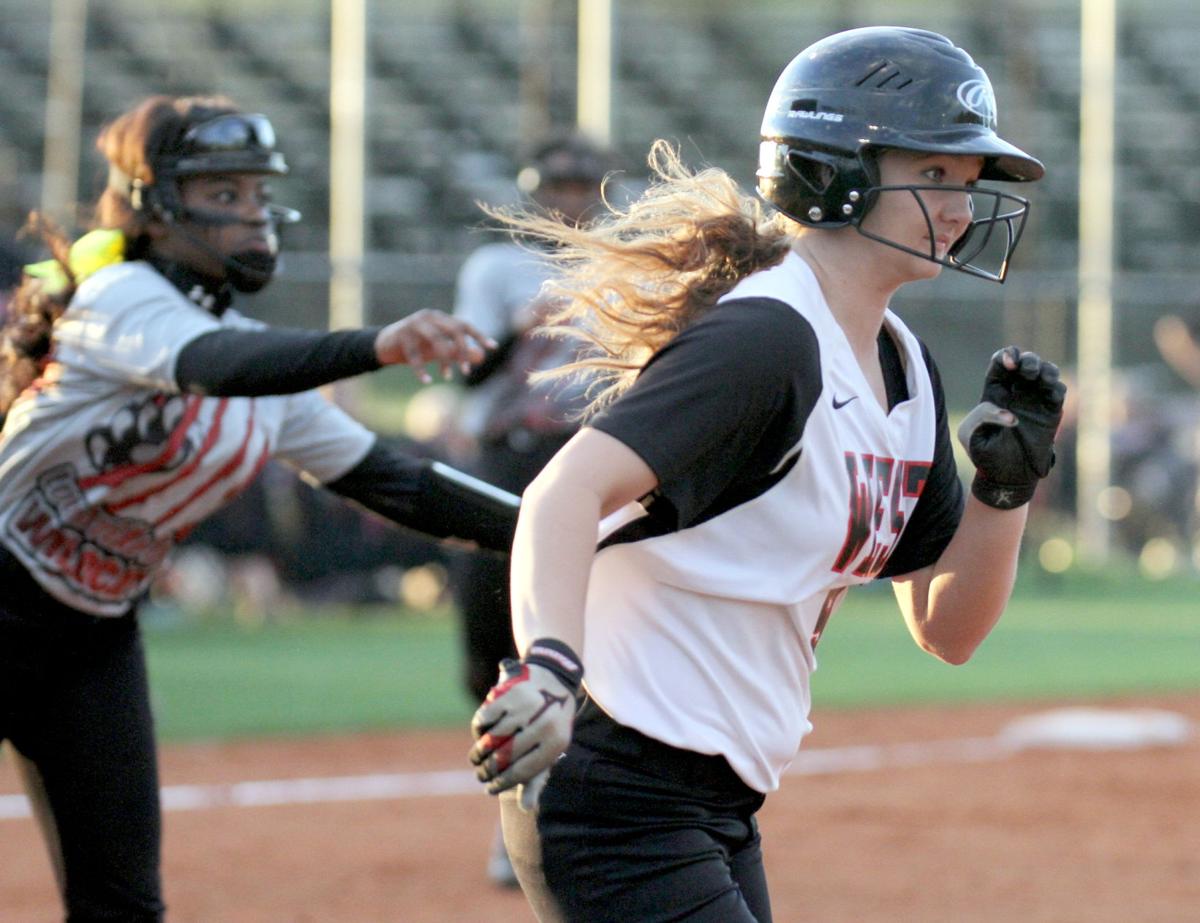 West Lauderdale’s Mallory Wooldridge tries to reach first after laying down a bunt during a game against Louisville High School earlier this season.

West Lauderdale’s Mallory Wooldridge tries to reach first after laying down a bunt during a game against Louisville High School earlier this season.

After last weekend’s drama, the Lady Knights have more than earned a light workload for at least a day.

After dropping Game 1 of the North State championship series to Kosciusko High School Friday night, The Lady Knights came back to tie the series 1-1 with a 6-3 win in Game 2 Saturday afternoon. Then, in a decisive Game 3 that immediately followed, it took nine innings to secure the 7-6 win and punch their tickets to Ridgeland.

“We were tired, no doubt about it,” West Lauderdale softball coach Cary Luke said. “Everything was so big and emotionally intense that we were worn out. We were physically and mentally drained. Everyone is still trying to get their feet back under them.”

Not only that, but the state quarterfinals series against Caledonia High School originally scheduled for last Monday and Tuesday was moved to last Tuesday and Wednesday due to weather, and that series also went to three games. West Lauderdale starting pitcher Lexie Smith pitched 47 innings in a five-day stretch, Luke said, with the only breaks coming on Thursday and Sunday.

All in all, it was a tough grind, but senior first baseman Abbe Bates said all that mattered was them winning.

“We’re so exhausted, but I told my team I wouldn’t have wanted to win (the series) any other way,” Bates said. “We fought with everything we had, and we deserved it.”

Perhaps the most satisfying win was Game 3 of the North State title series against Kosciusko, in which the Lady Knights won 7-6 in nine innings. It was the fourth time West Lauderdale had taken Kosciusko, a regional opponent, to extras this season, but only the first time they won such a matchup.

“It felt so good,” Bates said. “I felt like if we were going to win a game against them, it had to be that game.”

Said Luke, “We had something finally go our way. That was the most intense softball I’ve been a part of since I’ve been coaching for a three-game stretch. Every out was huge. It was some fun stuff.”

The Lady Knights sit at 19-10-1 on the season entering Thursday’s Game 1 against North Pike High School. It will be West Lauderdale’s first trip to the state championship series in fast-pitch, though the school does have nine slow-pitch titles to its name, the most recent of which came in 2004.

It’s also new territory for Luke, who said he’s reached out to coaches such as Newton County High School’s Justin Chaney and Neshoba Central High School’s Trae Embry, whose teams appear in Ridgeland regularly, for advice on how to approach things like pre-game workouts.

“There are a lot of things I never really thought about until we got there,” Luke said. “Thank goodness I’ve made a lot of friends in the coaching profession over the years, and they’re willing to help out.”

Senior outfielder Mallory Wooldridge said this year’s team is extra-special to her, not just because of how far they’ve gotten, but also because of how well they all get along.

“This team is a team I’ll never forget,” Wooldridge said. “It’s a special team because we get along so well, and I’ve never been a part of a team that’s been so close.”

Bates are the team’s only two seniors, and Luke said both are an invaluable part of the team.

“They’ve been here since seventh grade, both have been three-year starters, and I think they both played as ninth-graders, too,” Luke said. “They’ve been the backbone. Abbe has really in the last three or four weeks gotten hot with the bat and taken more of a leadership role, and Mal has anchored our outfield and done a great job. They always seem to come up with a big hit when we need them, and the other girls have rallied around them.”

Bates said she’s been focusing on her hitting more since postseason play began.

“I felt like as a senior, I had to be big and step up, so I focused on what I needed to do,” Bates said.

It may be the end of her high school career, but Wooldridge said she’s looking forward to playing in one more series.

“I’m actually really excited,” Wooldridge said. “Not many people can make it to state. Just getting there has made my day and made my year. I love playing for Coach Luke, and I know he’ll miss us, and I’ll miss him. We’ll both miss the team.”

But the future is in good hands, Wooldridge and Bates said, especially on the mound, as Smith is only an eighth-grader.

“She wants it; she’s so determined,” Bates said of Smith. “She’s going to work hard no matter what.”

Said Wooldridge, “Lexie is like Iron Woman. She never gets tired, never complains, never gets hurt. She’s a good person to be around, and she always keeps everything upbeat.”

Luke said he’s gotten scouting reports from other coaches on North Pike: a good starting pitcher, solid defense and a coach in Sonya Wallace who will have her team prepared.

“Any team at this point in the season is good,” Luke said. “You just have to limit mistakes and get big hits, especially with two outs. You have to try to limit their opportunities and take advantage of the ones we get.”

Game 1 will be at 11:30 a.m. Thursday at Freedom Ridge Park in Ridgeland. Game 2 will be at the same time Friday. Game 3, if necessary, will take place Saturday at a time to be determined.