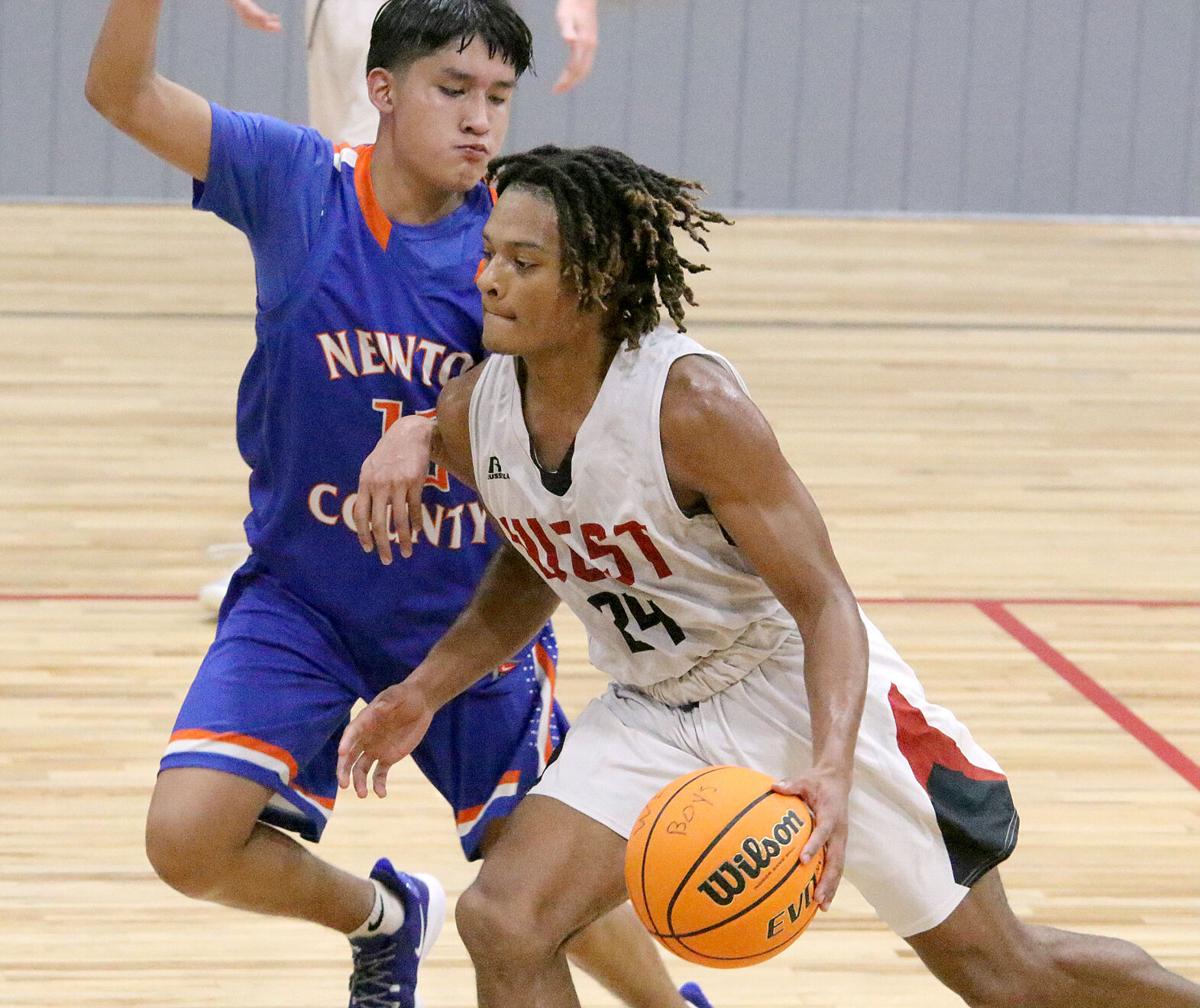 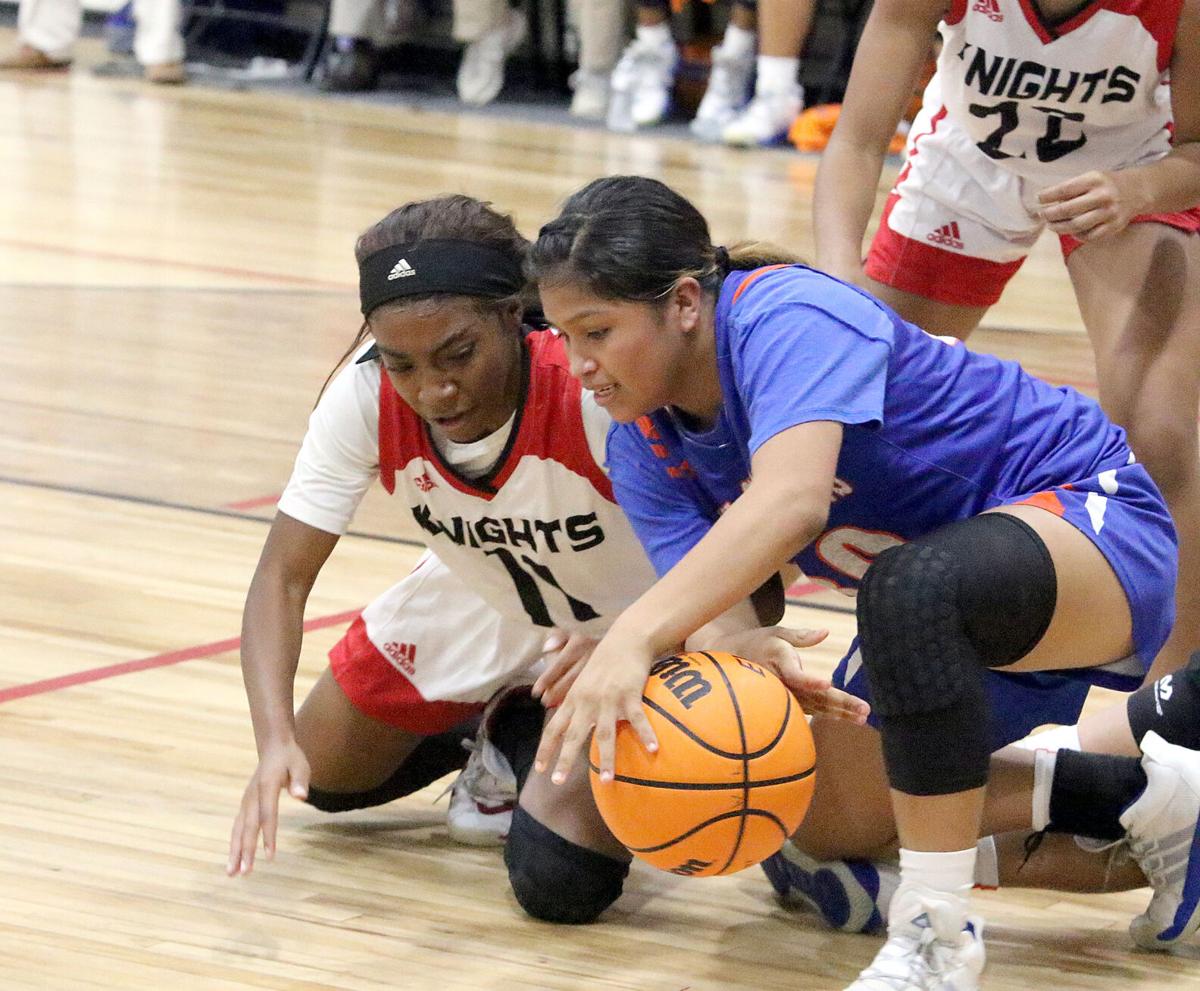 The Lady Knights’ Brittany McDaniel and the Lady Cougars’ Kaylnn Johnson battle for a loose ball.

Henry finished with 11 points and pulled in 15 rebounds for the Knights (1-0) while also tallying three blocks to give them a win in their season opener. Despite a couple of runs by Newton County, West Lauderdale was able to maintain a comfortable lead for much of the contest, and boys coach Duran Clark said it felt good to get a win on the school’s senior night. Due to the COVID-19 pandemic and the uncertainty of which games actually get played, the school opted to honor its seniors in the home opener rather than the final home game of the regular season.

“That’s the first competitive game we’ve played since we got beat in the district tournament in February,” Clark said. “We’ve been concentrating on working hard. We have to get in here (Friday) and work on free throws, but overall I was pleased with the effort. We quit rebounding and got away from what was working (when Newton County went on a run), but we talked about it at halftime, and we played well the second half.”

“I thought we did a lot of good things, but we came up short,” Newton County boys coach Steven Wade said. “We had a stretch there where (West Lauderdale) went on a 20-2 run I think, and that’s where we lost the ball game. Other than that, we had one stretch where we came outside of what we were trying to do and tried to force the ball, so we gave up a few turnovers, and those turned into buckets. We played well. We have a lot of growing to do, and we’re just going to grow from here. I’m excited about what our program is going to look like in a couple of months.”

Nahriah Brown chipped in with 11 points for Newton County, which led 28-13 at the half. Christaysia Denson scored nine points for the Lady Cougars, and Keleei Thomas had eight points. Jayden Mack had seven points.

“For the first game of the season we came out and made some mistakes that’s normal for the first game, but I thought for the most part we played well,” Newton County head coach Corey Cleveland said. “There are some things we need to work on, but I realize we’re a lot quicker than I thought, which will be a good thing for us later on, and I thought the girls came out and played hard.”

Lady Knights coach Matt Lum said he was glad to finally play a real game, as there’s only so much you can evaluate in practice.

“We needed game speed,” Lum said. “We have a hard time simulating that speed in practice, and they gave us what we needed to really evaluating ourselves going forward.”