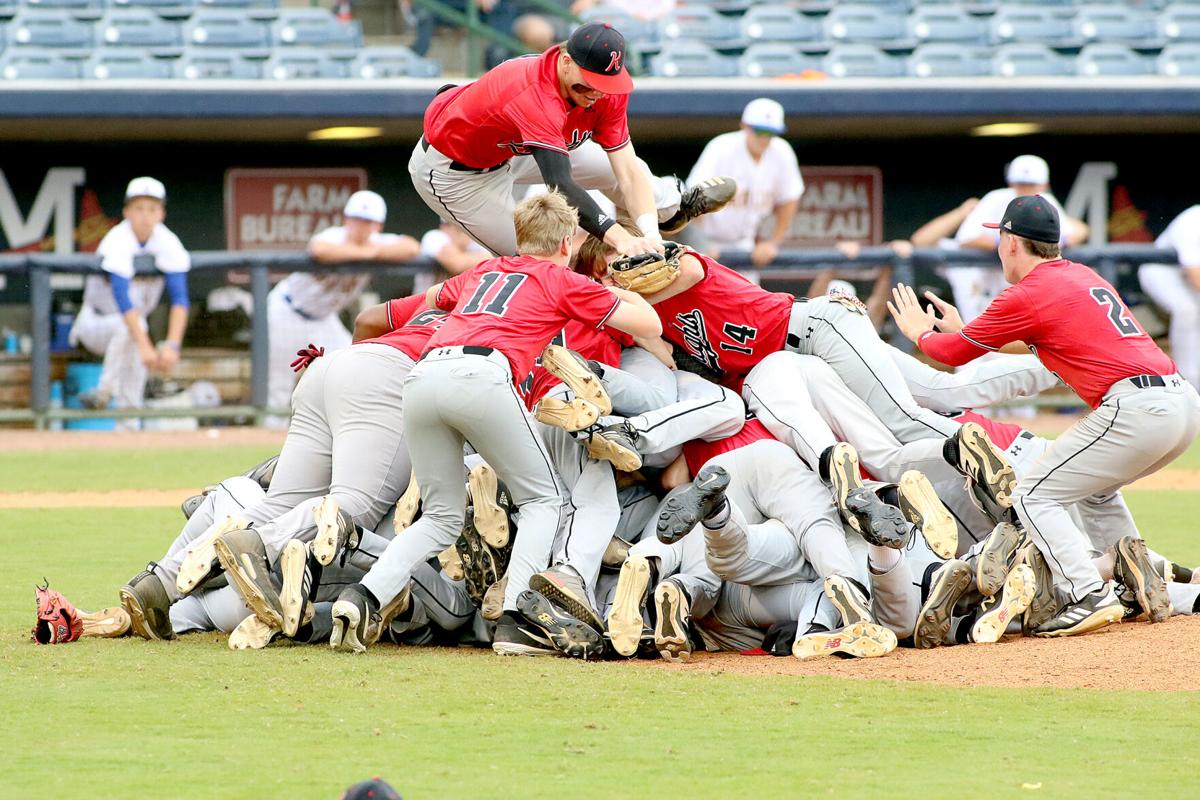 West Lauderdale players pile on top of one another after the last out against Sumrall in Game 2 of the MHSAA Class 4A baseball state title series Saturday, June 5, 2021. The Knights won 5-2, capturing their 15th state title in school history. 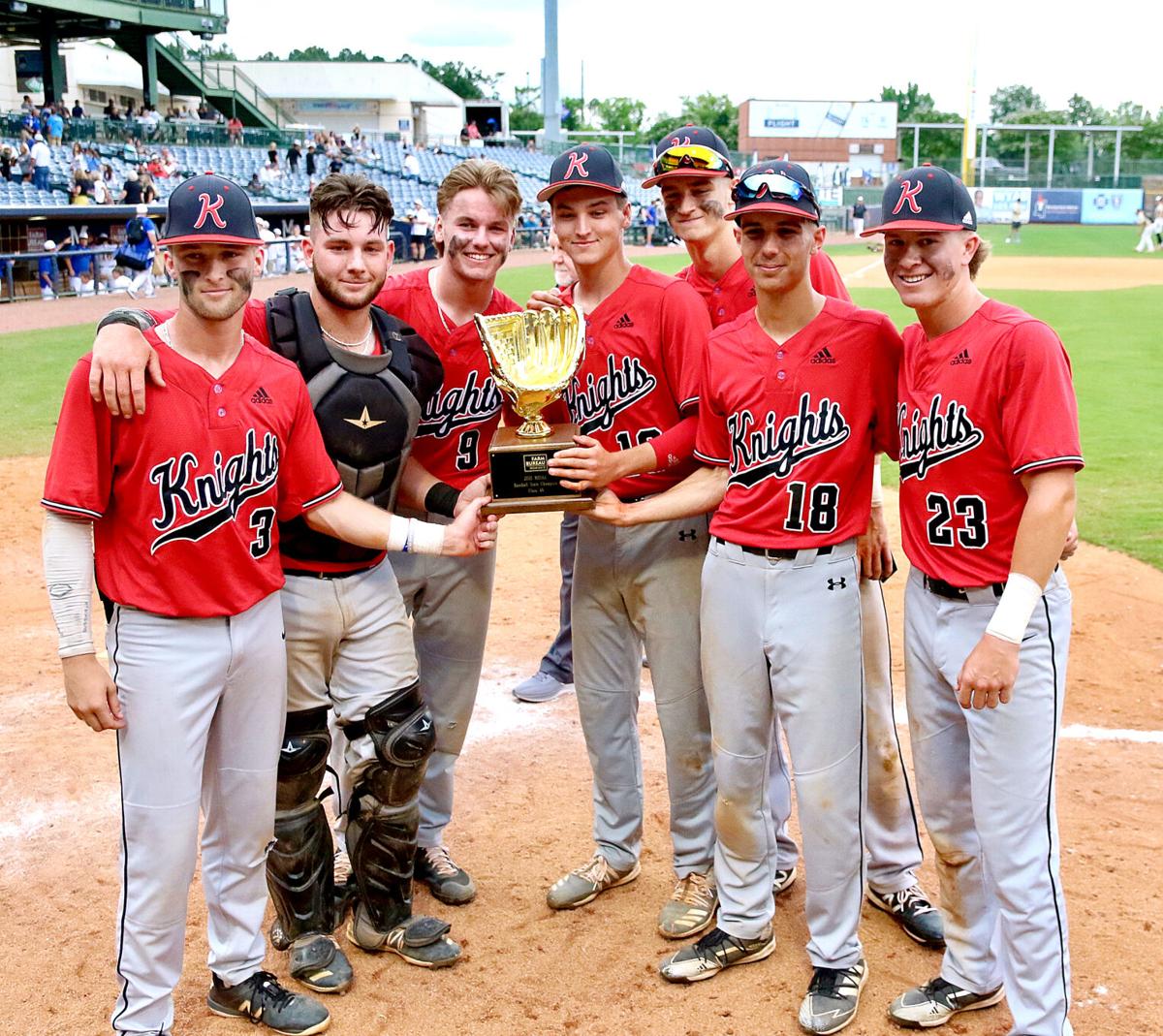 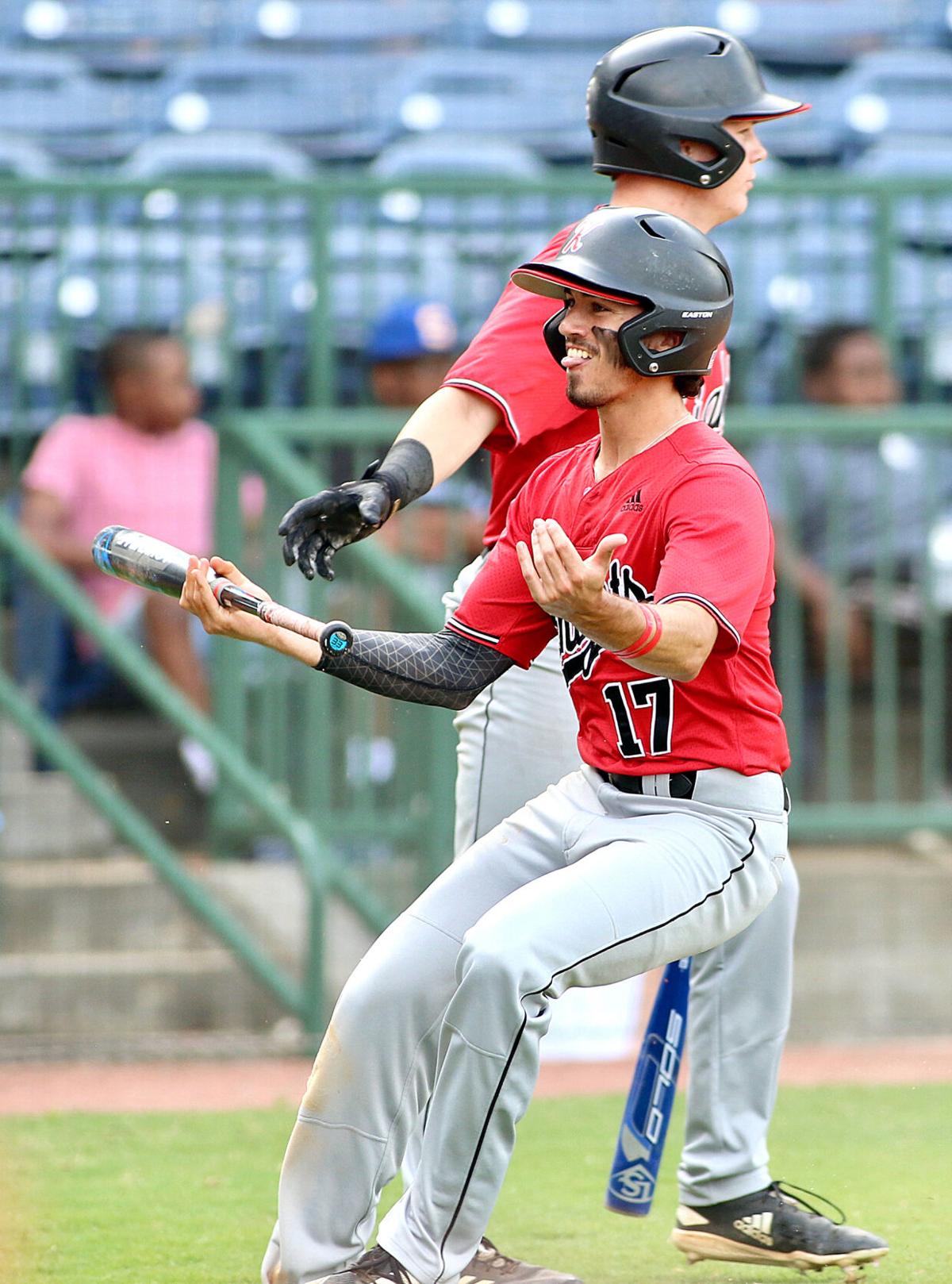 Brandon Epting (17) celebrates with the Knight’s fans and students after scoring a run. 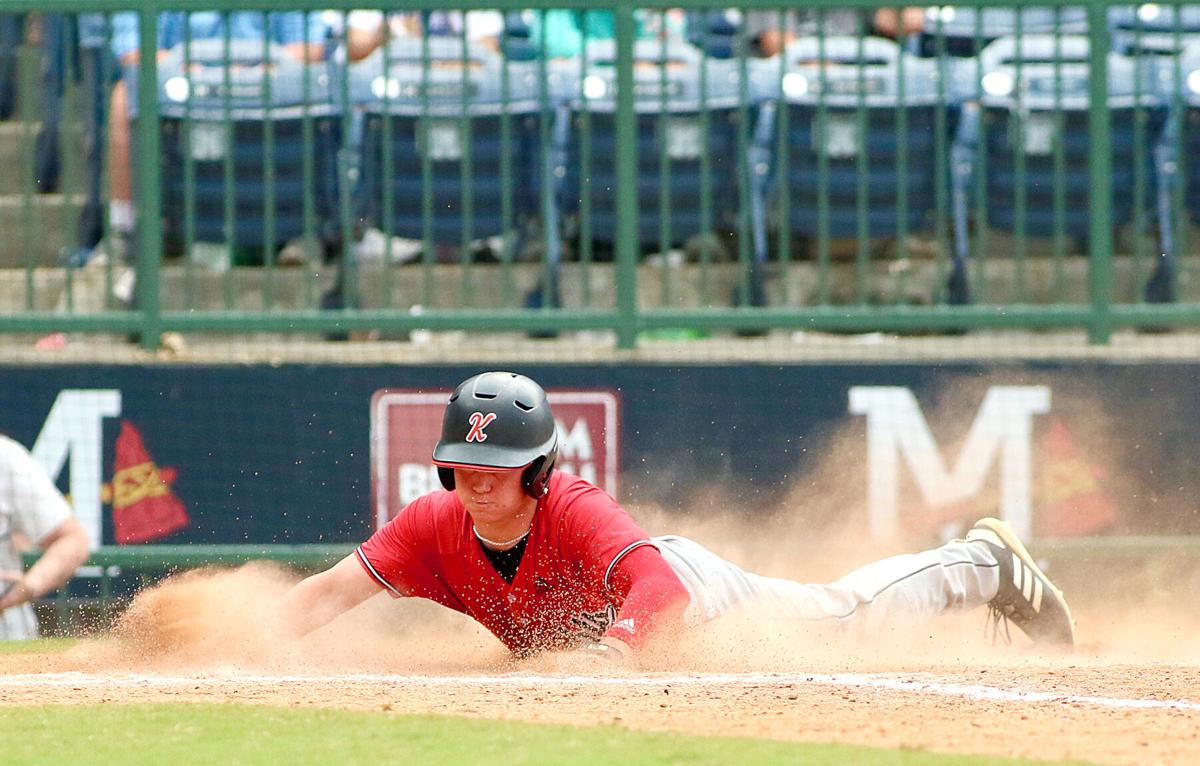 Jackson Parker (2) slides into home plate to score the Knights.

West Lauderdale players pile on top of one another after the last out against Sumrall in Game 2 of the MHSAA Class 4A baseball state title series Saturday, June 5, 2021. The Knights won 5-2, capturing their 15th state title in school history.

Brandon Epting (17) celebrates with the Knight’s fans and students after scoring a run.

Jackson Parker (2) slides into home plate to score the Knights.

Behind pitching and timely hitting, West Lauderdale got past Sumrall 5-2 to sweep the series and claim the MHSAA Class 4A state championship at Trustmark Park in Saturday evening prep baseball action.

“What a relief for me, and I’m super proud of the boys of the way we swung the bats really well,” West Lauderdale coach Jason Smith said. “We had a great pitching performance from Cole Wilkerson and Dylan Brown. Just a great win for us, and state title No. 15. The players, community and the coaches did a great job.”

The Knights struck first in the top of the first inning as Leighton Jenkins and Brooks Buchanan scored on a fielding error to take a 2-0 lead. Jenkins had a sacrifice fly in the second inning to extend the West Lauderdale lead to 3-0.

Sumrall cut the lead to 3-1 in the bottom of the second when Walker Long was hit by a pitch with the bases loaded, but West Lauderdale extended its lead to 4-1 in the fourth when Wyatt Castle scored on a wild pitch.

Buchanan had an RBI single to left in the top of the seventh to score the Knights’ final run of the game.

“We had a lot of runners on base and got some key hits to score some runs and give us a cushion,” Smith said. “Sumrall battled, and they are a great team, but we were able to throw strikes and keep them off balance by mixing up pitches, and that’s how we’ve done it all year.”

Cole Wilkerson (7-2) got the win on the mound for West Lauderdale, tossing 3 2/3 innings and scattering four hits while walking four and striking out three. Dylan Brown came in and tossed 4 1/3 innings to earn the save.

“I started off slowly, and once I got the nerves out, I settled in, and everything was good,” Wilkerson said. “The offense was great today, and that let me pitch with a lead and relax. … It’s an amazing feeling winning a state championship. We set a goal every year to get here, and we did it.”

West Lauderdale’s Mason Willis was named the Most Valuable Player for the series.

“Yesterday we didn’t have the hitting, and today we came through and hit the ball well when we had to,” Willis said. “Cole and Dylan both pitched and did what they’ve done all year. Words cannot describe this feeling. It’s just great.”

Marshall Phillips had two hits with an RBI to lead Sumrall (31-5). Hayden Nored (3-1) took the loss on the mound for the Bobcats. Sumrall entered the series having not been defeated in back-to-back games this year prior to West Lauderdale's sweep.

“West Lauderdale is a really good team. They hit the ball and play great defense,” Sumrall coach Andy Davis said. “They had a complete game, and we didn’t get the timely hits we needed to.”