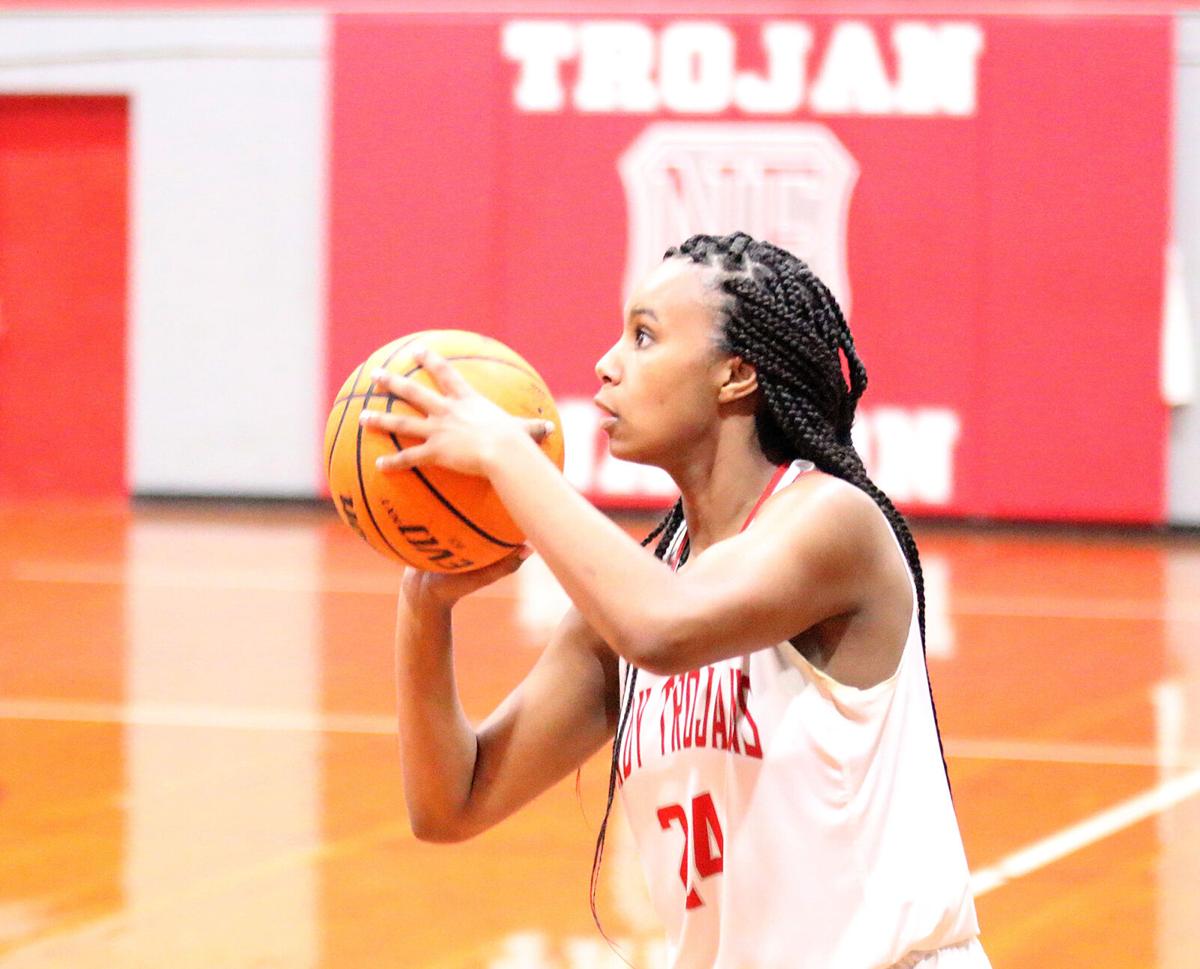 Northeast Lauderdale's Trinity Anderson gets set to shoot a 3 during the Lady Trojans' home game against Wayne County Tuesday, Nov. 9, 2021. 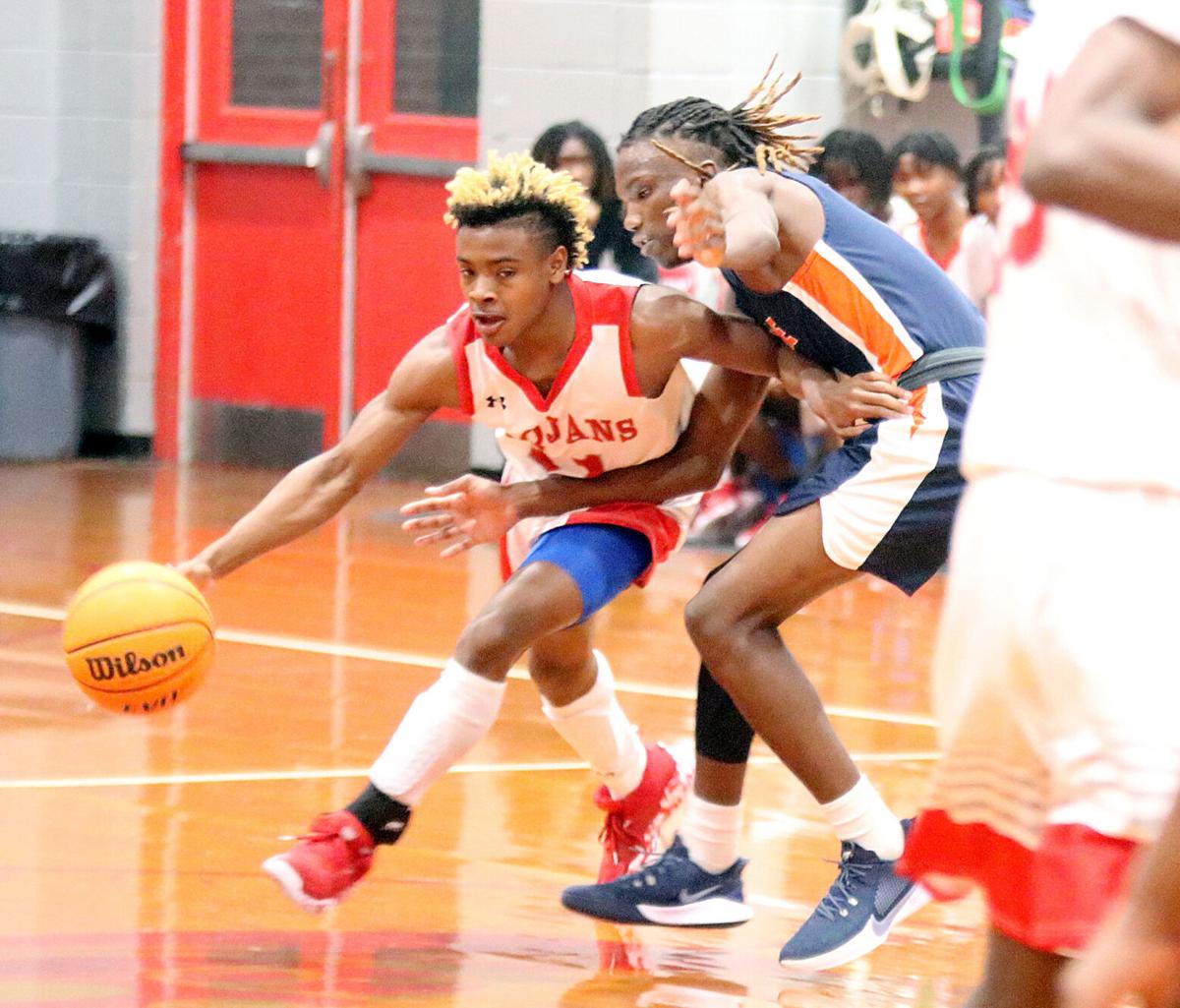 Northeast Lauderdale's Trinity Anderson gets set to shoot a 3 during the Lady Trojans' home game against Wayne County Tuesday, Nov. 9, 2021.

Ariel Parker added seven points for Wayne County, which led 18-16 at the half but jumped ahead 35-25 going into the final period thanks to a 17-point third quarter. The Lady Trojans were able to get a few stops in the fourth quarter but could never go on a run offensively, which head coach Lewis Lightsey chalked up to fatigue.

“We played really hard,” Lightsey said. “I felt like we had a few too many turnovers that hurt us at times, and our lack of depth kind of wore us out at the end. Wayne County made a few more plays than we did.”

Northeast Lauderdale fell to 0-3 on the season.

Tyrese Dunn scored 26 points thanks in part to seven 3-pointers for Wayne County as the War Eagles completed the sweep of Northeast Lauderdale.

Micah Chambers added 18 points for Wayne County, while Northeast Lauderdale was led by Amari McDonald, who scored 20 points. Davian Franklin had 11 points for the Trojans, and Jake McElroy finished with 10 points.

“We’ve had a couple of injuries and some football players getting back to playing basketball, so we’re in the process of piecing the team back together,” Lightsey said. “We had a few turnovers that hurt us, but we played hard, and we were able to pressure them some in the second half, so maybe we found something to build on there.”

Northeast Lauderdale (1-1) is scheduled to play at Clarkdale Thursday.