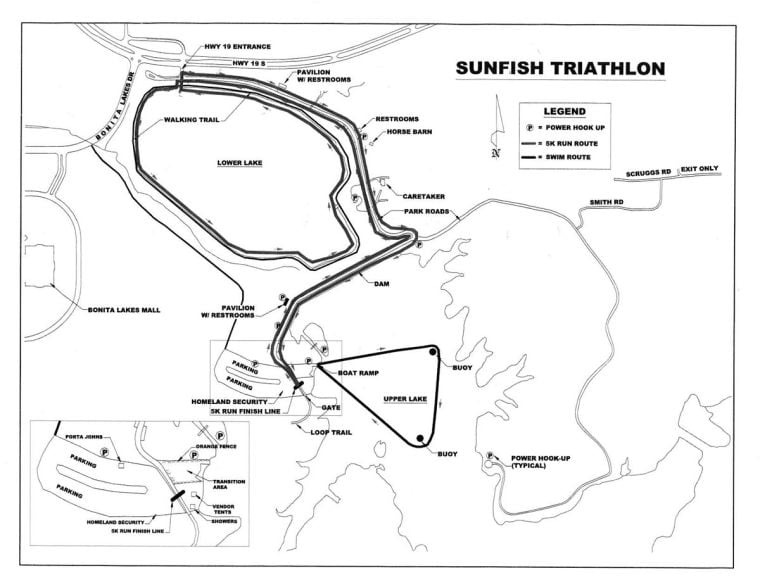 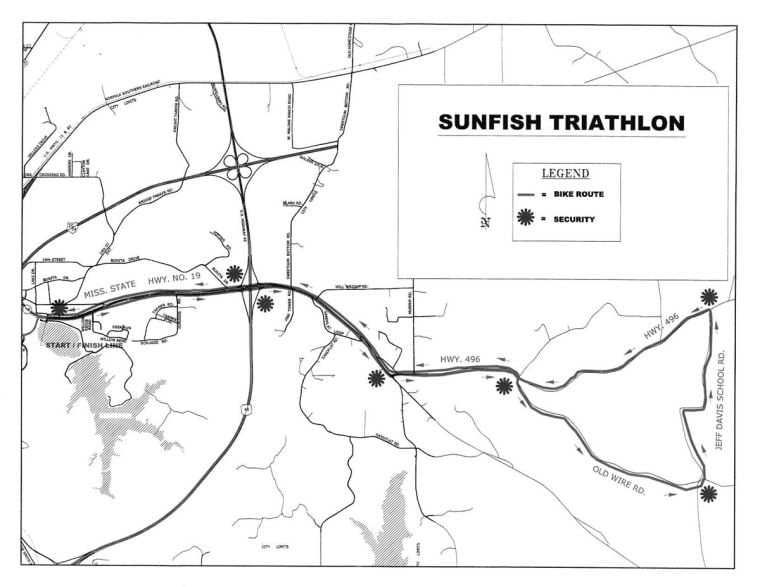 This Saturday, Bonita Lakes will be over taken by athletes competing in the annual Sunfish Triathlon.

The triathlon, organized by the Meridian Athletic Association, is in its 27th year, but only the fourth at Bonita Lakes.

Race director Lora Kennedy said Bonita is the prime location because of its proximity to the interstate, drawing competitors from across the south. Previously, the race has been held at Okatibbee Lake.

"We bring people from Florida, Louisiana, Tennessee, North Carolina," Kennedy said. "It's really big. When we moved it to Bonita Lakes, being in the center of the interstate and plus Bonita Lakes is such a beautiful place, and the water out there. They love coming there."

"The location is the biggest thing. They can come to Meridian and stay right there at the hotels, everything is right there close to Bonita Lakes."

Last year's overall finisher, Bain Foote of Madison, took just over an hour to complete the course at 1:09. Leah Watters of Gulfport finished in 1:14 as the overall female finisher.

Foote is returning to defend his title.

"I'm just looking for a good ride, good race. Just having fun really, and that finish line," he said.

He'll be competing as part of a team with John Mooney for Team Skin Skate, his company that produces an anti-chaffing cream for athletes.

He echoed Kennedy's feelings about the course and hopes to break last year's time.

"Meridian Athletic Association does a phenomenal job putting on this race," Foote said. "It's a great venue, great race and a good hilly course."

At press time, 388 triathloners had signed up the event that includes a 1/3 mile swim, 17 mile bike ride and 5-kilometer run. Kennedy said the turnout makes it one of the largest in the state.

"I think it because triathletes actually put it on. That we organize it, put it together, we know what people want in a triathlon," Kennedy said. "They want a good race package, they want good awards. We try to make it the best we can be for them."

The majority of the participates come from out of state, Kennedy said. She and the Meridian Athletic Association would like to see more local participation.

"A lot of people don't even realize how big of an event this is in Meridian," she said.

But the event is great for the city as most participants will stay over night and spend money in town.

"We think that's good for the city," Kennedy said.

The event will cause closures to the park. Kennedy and the City of Meridian are encouraging spectators, but they must arrive before the 7 a.am start time and be willing to stay through the finish.

Registration continues through packet pickup from 5 to 8 p.m. on Friday at Bonita Lakes, as space remains.