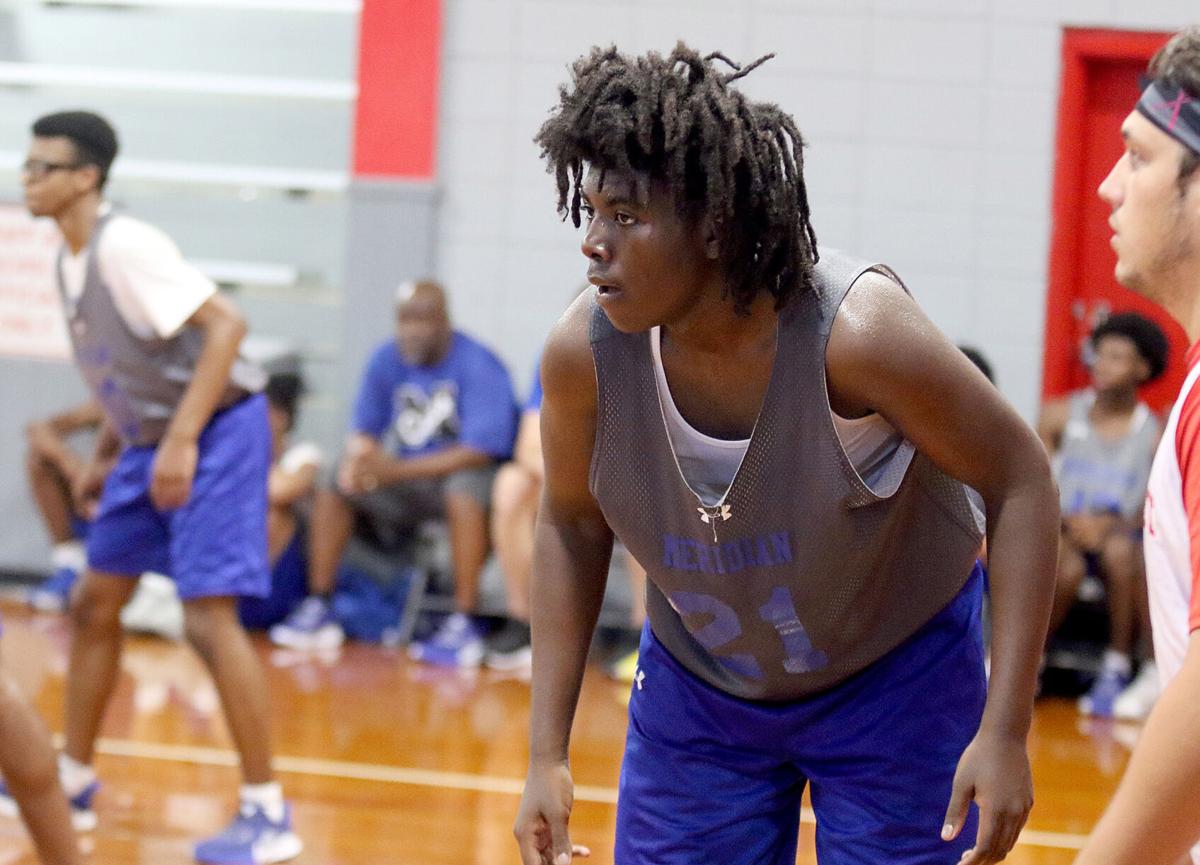 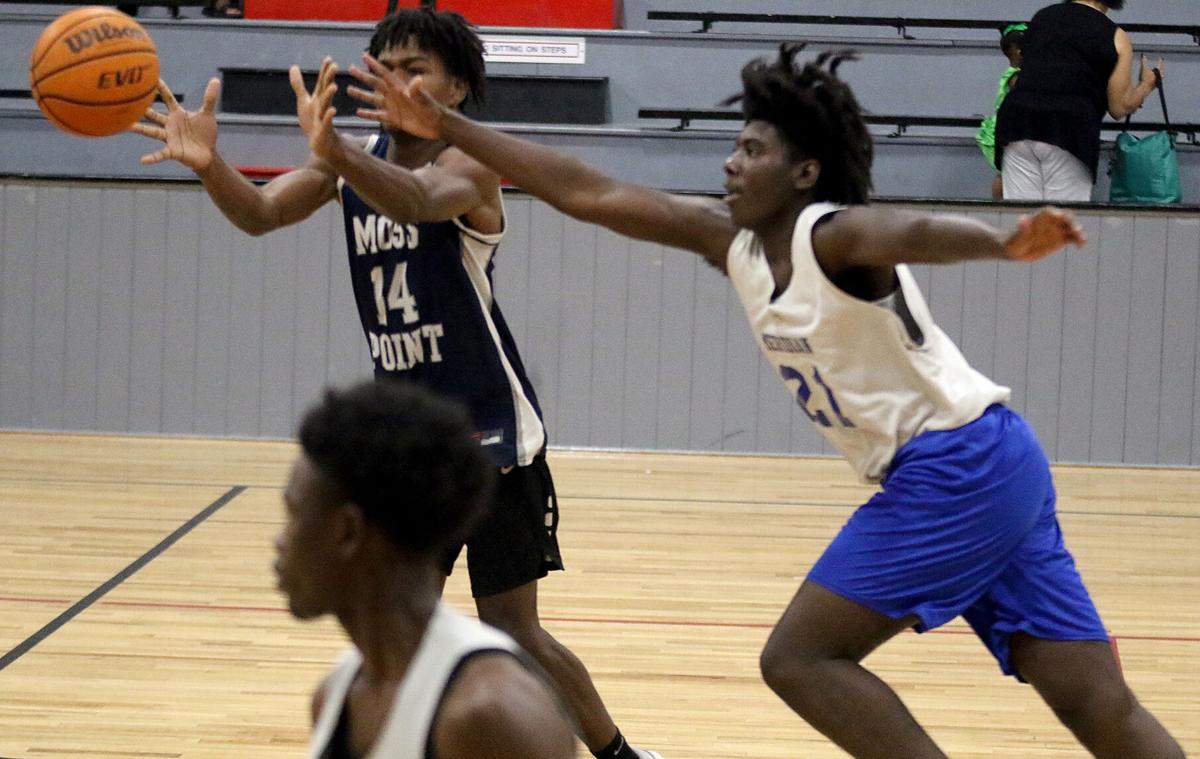 “I like the way he gets to the basket when he needs to and scores when he has to,” said Jones, who will be a junior at Meridian High School this fall.

Those attributes are ones Jones wants for his game as well, and MHS basketball coach Ron Norman said his power forward has made great strides during team activities this summer to the point where he expects Jones to be a key contributor in the winter.

“He came in as a ninth grader not well known as being one of the top junior high prospects, but one thing he did have was size,” said Norman, referring to Jones’ now 6-foot-4 stature. “Last season throughout COVID he kept working, and he’s lost about 20 pounds, and we were ready to let him step up to the plate this summer, and he has excelled. He’s probably our second-leading scorer behind (Demarcus) Powe, and he’s our best 3-point shooter.”

Norman said Jones reminds him of Vontrell Pringle, a former MHS standout who graduated in 2019 and stood at 6-foot-5. Thanks to shedding some pounds, Jones isn’t just a big body whose game is limited to the paint.

“In order to get up and down the court, you have to be in shape,” Jones said.

And Norman said his ceiling as a basketball player is much higher due to the progression in Jones’ game,.

“That makes him markable to the next level because you see how the game at all levels has progressed to where big guys are not just guys who stand under the basket,” Norman said. “You have to have a skillset in today’s game, and he does well in all three facets: rebounding, defending and scoring. He can shoot the 3, shoot from the midrange and score at the basket. When you can do that, no matter what level you’re on, you’re a pretty good basketball player.”

Jones said he’s pleased with his progress, as he tried to put in as much work as possible whenever the gym was available during the COVID-19 pandemic. Now he’s poised for a breakout season, and he’s ready to show Wildcat fans his long-range game.

“I’ve always been a 3-point shooter,” Jones said. “I like that I can shoot and get to the basket when I have to. I feel like I’ve grown up.”

Despite his blossoming as a player, Norman said Jones has been able to remain humble, something that’s a defining characteristic off the court as well.

“He’s a quiet, gentle giant,” Norman said. “If you didn’t know who he was, you wouldn’t know he was at the game or in school. He goes about his business and does his job.”

Individually, Jones said he would like to improve his defense between now and the winter. Team-wise, Jones said the goal is the same as it is every year at MHS.

“We’re going for the championship,” Jones said. “We’ve made some good progress (this summer). We’ve really put in the work.”