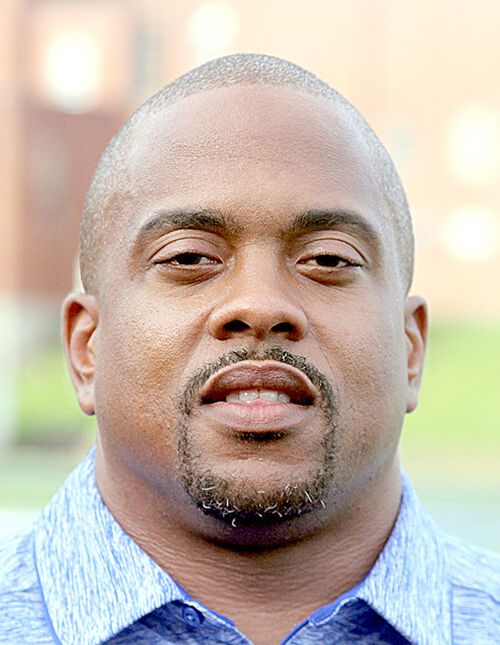 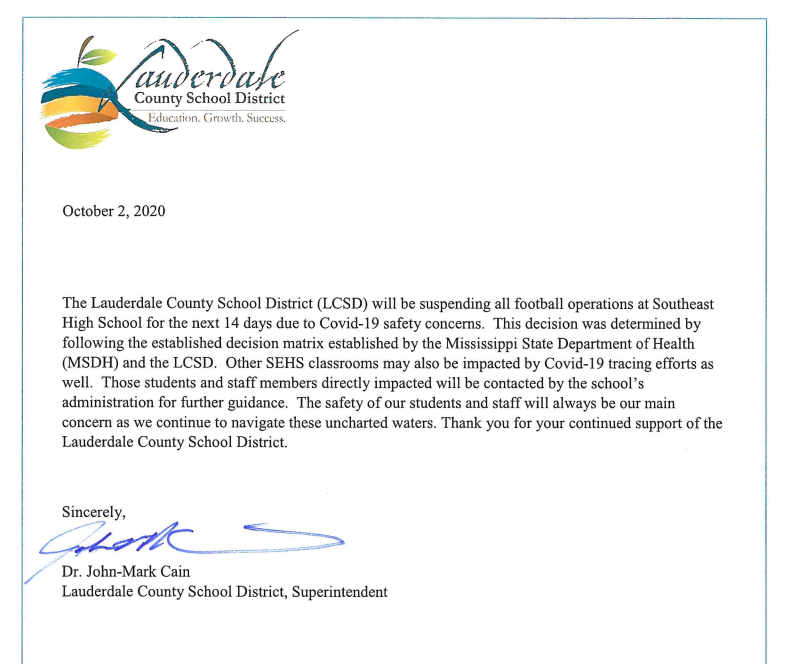 The release, shared by the LCSD’s official Twitter account Friday afternoon, said the district “will be suspending all football operations at Southeast High School for the next 14 days due to Covid-19 safety concerns. The decision was determined by following the established decision matrix established by the Mississippi State Department of Health (MSDH) and the LCSD.”

Tigers head coach Calvin Hampton said the decision was made due to potential exposure amongst some of the players.

“If you have a certain percentage of kids that have been exposed or around someone affected, you have to go into automatic quarantine, even if you don’t have any symptoms, just by being within 6 feet of an affected person,” Hampton said. “We had some guys around someone infected that put them into quarantine, and over time one or two got sick, so we decided the best thing to do was put our guys in 14-day quarantine just to be on the safe side.”

Hampton said the quarantine was a curveball, but it was something for which they had to be ready given the number of teams in the state who have already lost games due to players being put in mandatory quarantine.

“We knew from the beginning it was going to be a possibility, especially since we made it through things scott free early on in the process during the summer,” Hampton said. “It was bound to happen, especially when we got back among everyone else. All I can do now is keep the boys motivated and make sure everything is taken care of. We’ll do all of our contacting (the players) through Zoom like the first shutdown, and that first shutdown actually helps us out because we have a good idea of what to do.”

The Tigers had a bye this week and were scheduled to play Forest next week to begin Region 5-3A play. They’ll be able to return to football activities the week of their home game against Morton (Oct. 16), but losing a regional game that determines playoff seeding is admittedly frustrating, Hampton said.

“Absolutely it is, but when it comes down to it, we knew coming into the season — every coach knew — that we would be playing week-to-week,” Hampton said. “We knew any moment things could shut down. We’re fortunate to have played the games that we did. It’s frustrating, but we can’t do anything but improvise and adjust.”

Southeast Lauderdale will also play Oct. 23 at Kemper County and will close out the regular season Oct. 30 at home versus Clarkdale.