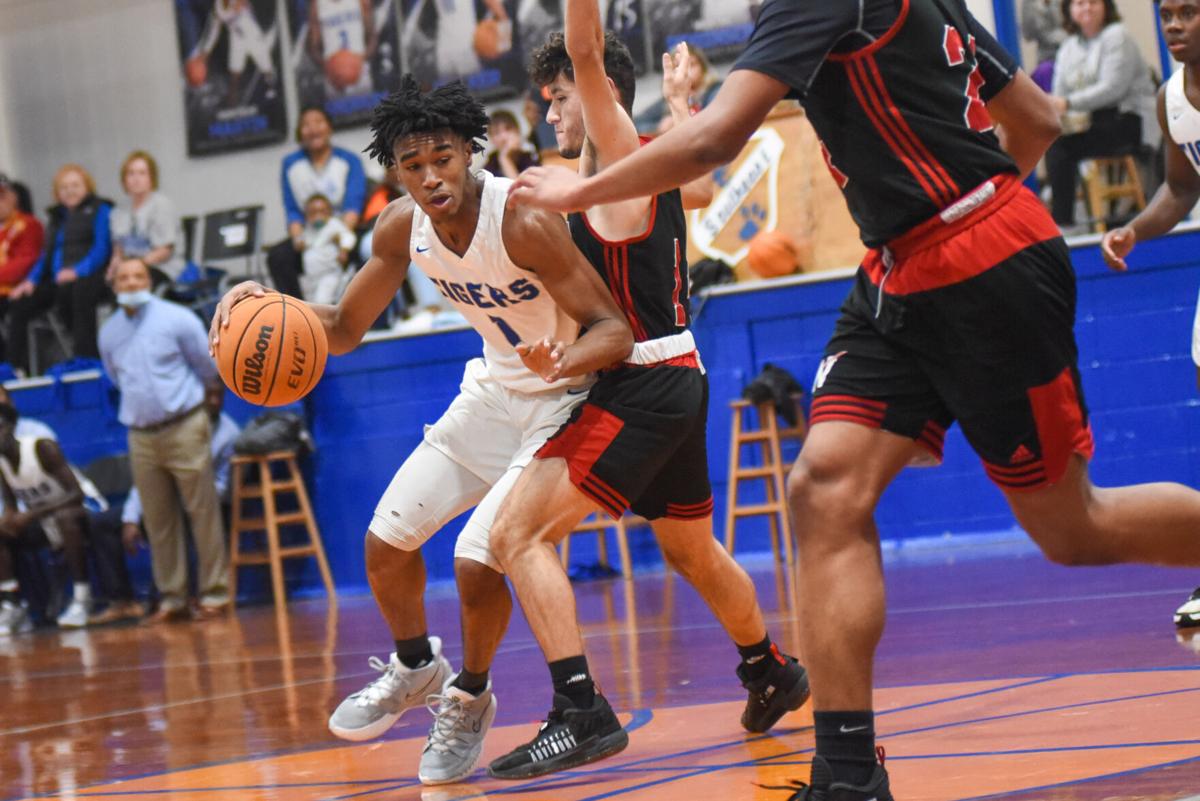 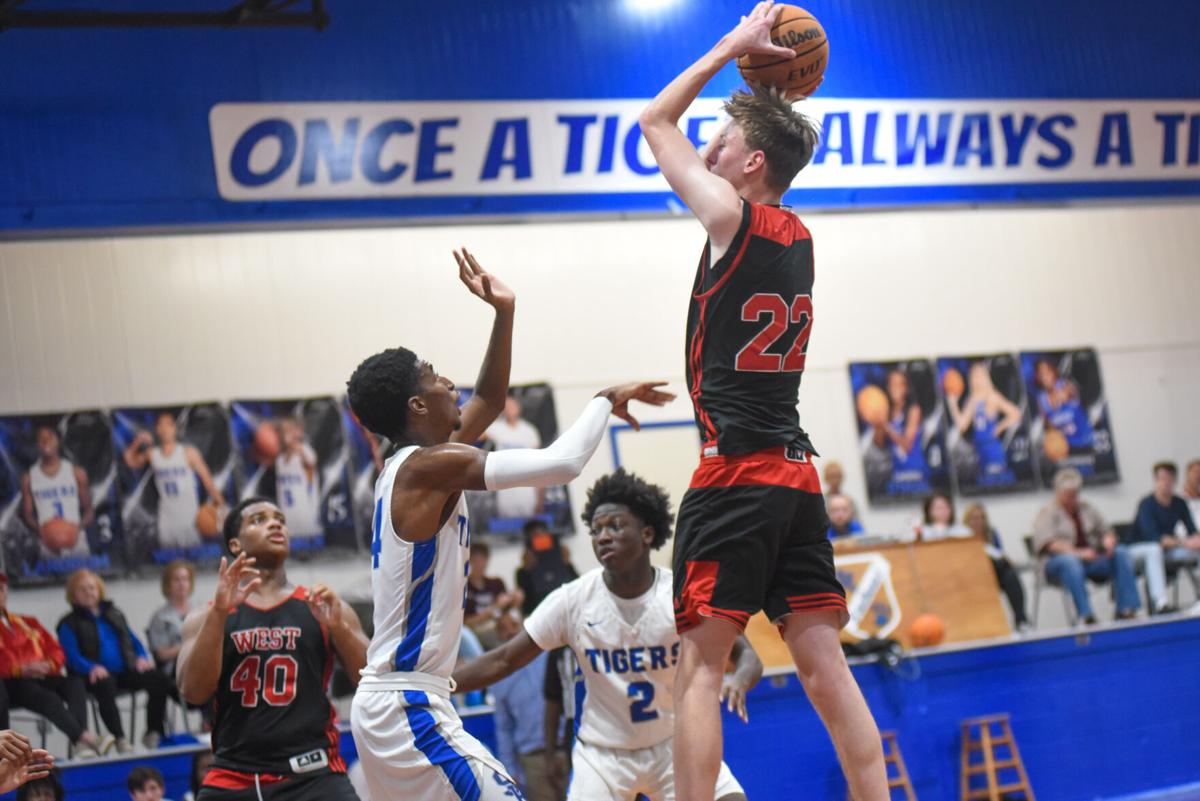 West Lauderdale's Parker Henry (22) goes up for a jump shot during the Knights' game Thursday, Nov. 18, 2021, at Southeast Lauderdale. 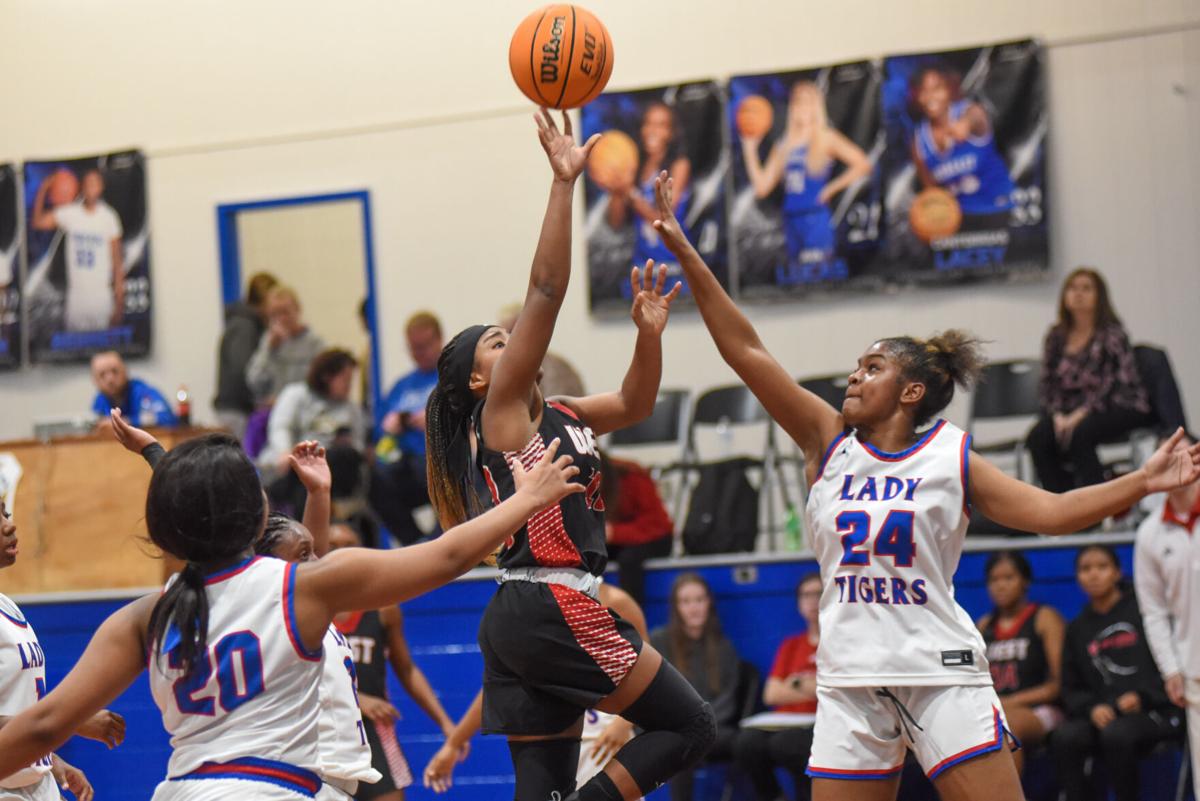 West Lauderdale's Sumayah Cole goes up for the ball during the Lady Knights' game Thursday, Nov. 18, 2021, at Southeast Lauderdale. 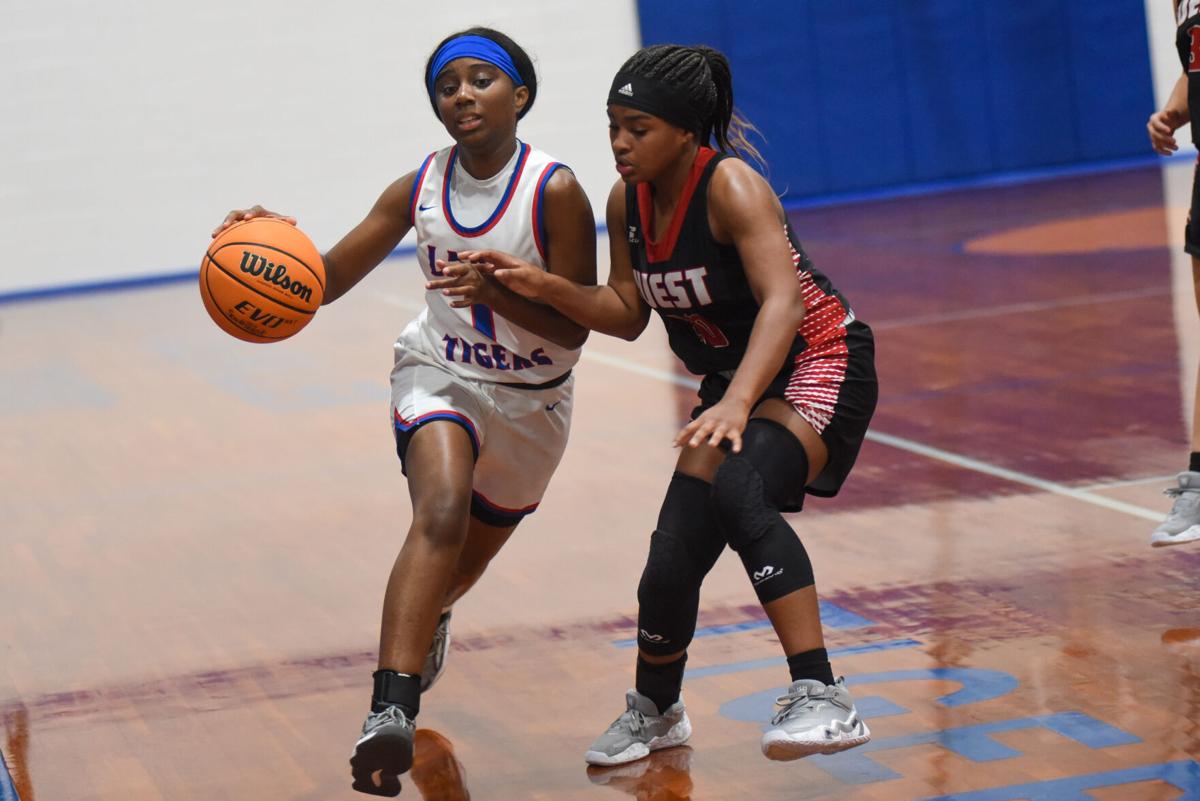 West Lauderdale's Parker Henry (22) goes up for a jump shot during the Knights' game Thursday, Nov. 18, 2021, at Southeast Lauderdale.

West Lauderdale's Sumayah Cole goes up for the ball during the Lady Knights' game Thursday, Nov. 18, 2021, at Southeast Lauderdale.

Prior to Thursday night, the Southeast Lauderdale boys hadn’t played since a Nov. 9 contest against Choctaw Central.

“It was a hard-fought game,” Tigers head coach Centel Truman said. “It had been a while since we played a game, so we were rusty. West Lauderdale came out and fought their hearts out, and Coach (Duran) Clark does a great job with their team. It was a rivalry game, so we knew we’d be in a dog fight when we came out here.”

Graham said despite the long layoff, he and his teammates were able to settle in and not let it affect their performance too much.

“At first it was hard, because we didn’t even know if we’d be able to practice or get some work in (before Thursday’s game),” Graham said. “Eventually when we got in here, we stuck together and played as a team. We had troubles here and there but eventually we worked together and fixed them.”

Southeast Lauderdale jumped out to an 11-7 lead after the first quarter and pulled ahead 26-16 with 3:18 to go before the half, but the Knights ended the second quarter on a 7-0 run to make it 26-23 Tigers at intermission.

In the third quarter, a field goal by West Lauderdale’s Parker Henry tied the game 28-28 with 6:42 left in the frame, but the Tigers outscored the Knights 11-8 for the rest of the third and took a 39-36 advantage into the final period. Southeast Lauderdale had a 48-45 lead with 3:52 left to play when Graham had to come out of the game due to cramps. It was the perfect time for the Knights to go on a run, but West Lauderdale could only manage four points the rest of the contest to Southeast Lauderdale’s eight.

“We’ve been here before,” Graham said. “We stuck together, and it was tough until the end, but we pulled it off.”

And Truman came away impressed with his team for pulling away at the end despite being without their leading scorer in the game’s waning minutes.

“We hope to get to the state championship, and I told them it’s going to take all of us to get there,” Truman said. “I was so proud of the other guys stepping up and carrying us the rest of the way. I think we played about 12 players tonight, and every last one of them gave us something tonight to get us over the top.”

Said Graham, “Like Coach says, we’re a team, so eventually key players are going to have to come out of games, especially when you get into foul trouble like I was (at times), and the players on the bench have to step up, and that’s what they did.”

Southeast Lauderdale improved to 1-1 on the season.

Mariah Miller hit five 3-pointers and finished with 17 points for the Lady Knights as they won at Southeast Lauderdale Thursday.

Regan Andrews scored 13 points for West Lauderdale, and Sumayah Cole added eight points for the Lady Knights, who improved to 4-2 on the season. The game was tied 15-15 at the half, and West Lauderdale led 32-24 at the end of the third.

“We defended really well tonight,” Lady Knights head coach Matt Lum said. “We got a lot of good minutes off of our bench, and our kids competed all night.”