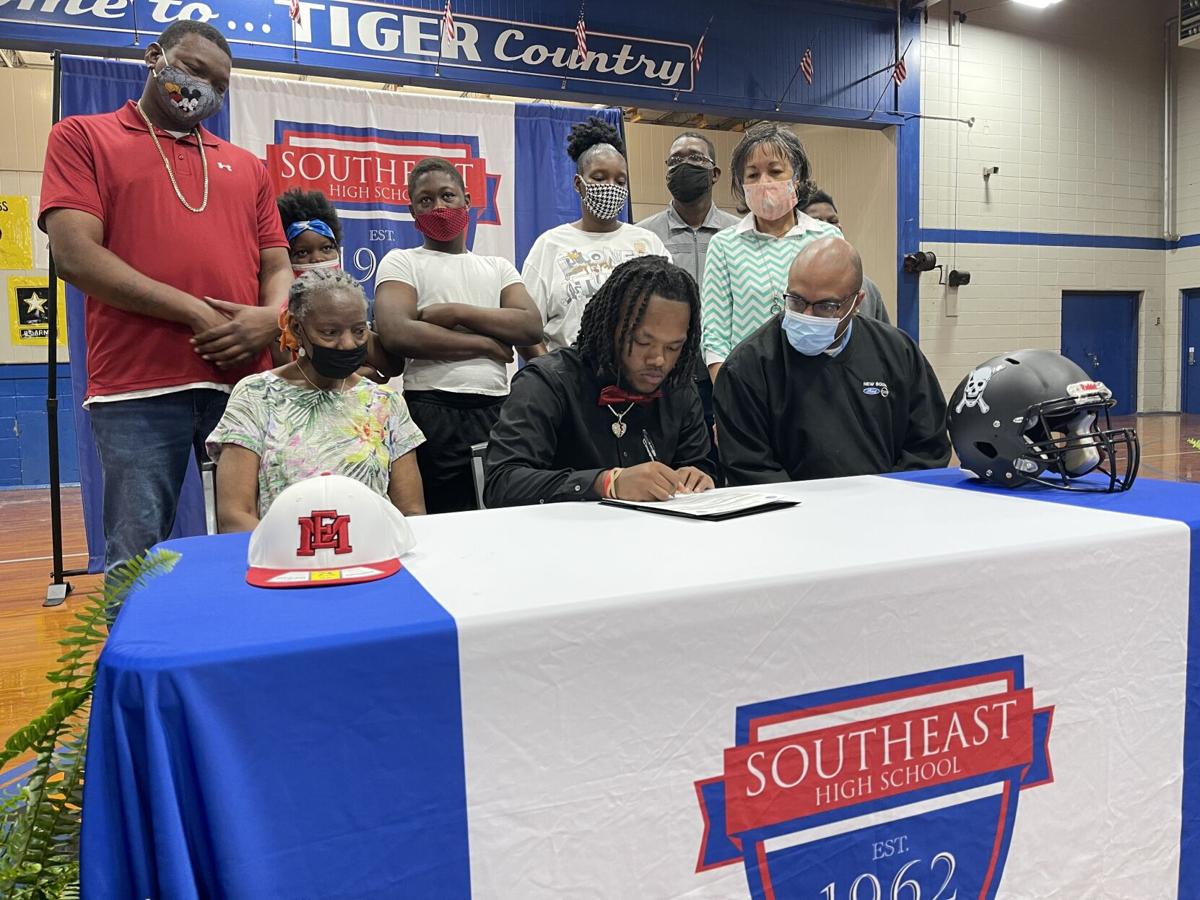 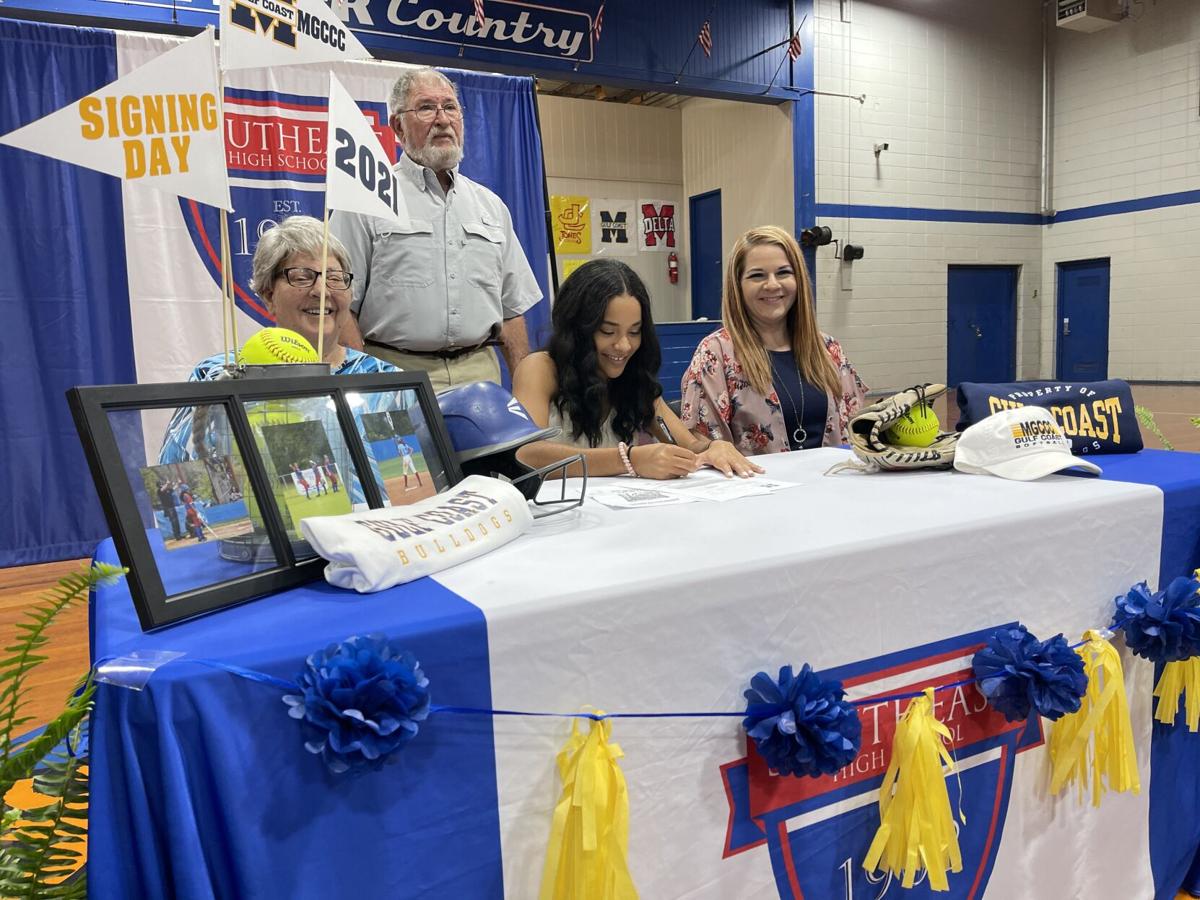 “It feels great knowing I might have a chance to play for a national championship and get a ring,” Mosley said.

But the prestige wasn’t the only reason Mosley wanted to be a Lion. He said he felt a connection with the EMCC coaches, and he was grateful for the opportunity they gave him.

“It’s a family type thing,” Mosley said. “They put their trust in me, so I have to put my trust in them.”

Southeast Lauderdale assistant football coach Centel Truman said there are few athletes more deserving of such an opportunity than Mosley.

“He’s a great kid and a tremendously hard worker,” Truman said. “I’m so proud of him and the fact that he’s overcome some things to get to where he’s at now, so I look for great things from him at East Mississippi.”

And it’s a chance Mosley said he doesn’t take for granted.

“It means a lot,” Mosley said. “I love the opportunity that’s standing in front of me.”

For Causey, signing with Gulf Coast means two more years of softball, a sport she’s grown to love from a young age.

“I really enjoy it, so I’m glad I’m getting to keep doing something I love and getting to continue my career,” Causey said.

“They’re getting an excellent student and an excellent player,” Harper said. “Akira has more than exceeded our expectations. She works hard at everything she does, and she has over a 4.0 GPA and leads by example. We’re going to miss her, but we’re really excited for her.”

Causey said she liked Gulf Coast’s facilities and campus environment when she visited and is looking forward to getting to Perkinston, but she’s also going to miss her Lady Tiger teammates.

“I’m really sad I have to leave all my friends,” Causey said. “I’ve grown up with them, and we all have a good connection on and off the field.”

A Celebration of Life service will be held later for Patricia Ann Gaddis Warren, who died Friday, June 18, 2021, at home. Stephens Funeral Home is handling her arrangements. Please visit the online register at www.stephensfunerals.com.

Arrangements are currently incomplete at Berry and Gardner Funeral Home for Mrs. Johnnie P. Taylor, 86, of Meridian, who died Thursday, June 17, 2021, at her residence.