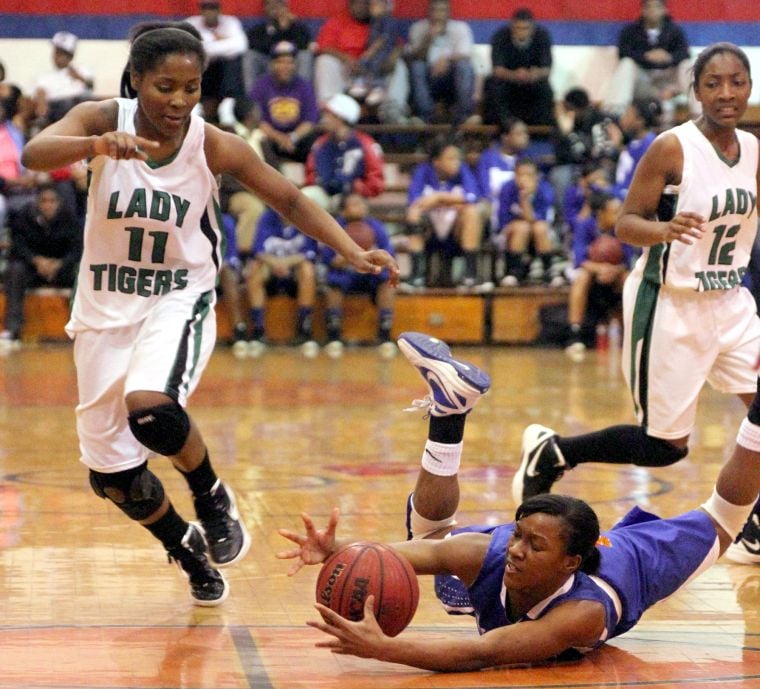 Southeast Lauderdale's Denisha Knight slides across the floor after the ball against Collins defenders Thursday night in Forest. 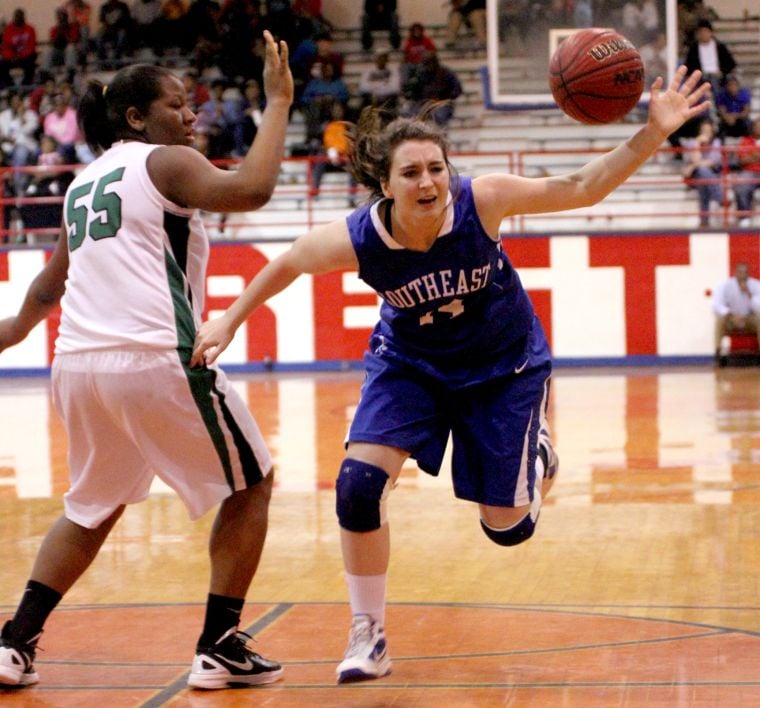 Southeast Lauderdale's Anna Caves gets tripped up by a Collins defender Thursday night in Forest. 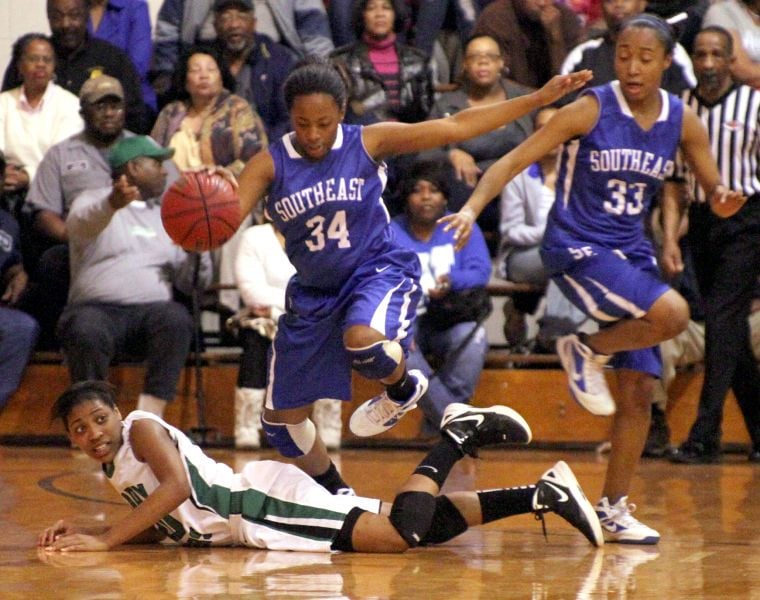 Southeast Lauderdale's Tyneshia Newell leaps over a Collins player after stealing the ball away Thursday night in Forest.

Southeast Lauderdale's Denisha Knight slides across the floor after the ball against Collins defenders Thursday night in Forest.

Southeast Lauderdale's Anna Caves gets tripped up by a Collins defender Thursday night in Forest.

Southeast Lauderdale's Tyneshia Newell leaps over a Collins player after stealing the ball away Thursday night in Forest.

It wasn't the prettiest game Southeast Lauderdale has played this season.

However, coach Joe Miller's Tigers toughed through a turnover-filled contest to knock off Collins 55-39 in the first round of the MHSAA Class 3A South State tournament on Thursday night.

“We knew coming in they were going to be a physical team,” said Miller. “We knew it was going to be a tough game. They haven't lost but two games all year. We turned the ball over way too many times, but a win is a win and we are moving on.

"When you get this far in everything is going to be tough.”

With the outcome still in question, Southeast (24-8) quickly put the contest out of reach in the final eight minutes of play stretching its lead to as many as 17 points. The Tigers used a steady dose of full-court pressure combined with clutch free throw shooting to outscore Collins 20-14. SEL hit 12 of 14 from the charity stripe in the final period. Miller's team hit only 3 of 12 free throws in the first three quarters.

“We hit our free throws late and that was big,” added Miller. “We didn't do a good job early, but we hit them when we needed them.”

Southeast opened the game with a 6-2 run and pushed its lead out to five points at the end of the initial period. However, the Tigers couldn't manage to pull away from Collins before the half as they exchange baskets and turnovers back and forth throughout the second quarter. SEL led 24-15 at the break.

“I keep telling the girls we are struggling early,” said Miller of his team. “We were making too many turnovers and we are just slow to start.”

SEL would grab its first double-digit lead of the night in the third quarter and headed into the fourth up 35-25.

Jasmine Bush, who missed Monday nights game with an injury, led Southeast Lauderdale with 13 points and 10 rebounds. Tay Ruffin added 10 points and five rebounds in the win, while Denisha Knight and Kamecia Pringle each chipped in with eight.

With the win, Southeast is one win away from securing a spot at the Big House in Jackson for the second straight year. SEL will take on Division 5-3A rival Newton tonight in the South Sstate semifinals.

The Tigers (16-13) showed just how strong Division 5-3A is as they rallied back from 10 points down late in the third quarter to advance to the semifinals of the MHSAA Class 3A South State tournament on Thursday at Dunyard Smith Gymnasium in Forest.

With the win, Newton joins fellow division compatriots Southeast Lauderdale and Choctaw Central in the final four in the South.

The Tigers survived a furious open to the second half by the Panthers. Once the storm was weathered Tynekia Bender did the rest. Bender finished with a game-high 29 points and scored 13 of Newton's last 14.

Newton will take on Southeast Lauderdale tonight in Forest for a spot at the Big House. SEL has defeated NHS three times this season. All in tightly contested matchups.

The Warriors (30-2) continued to roll in the first game Thursday at the South State tournament in Forest.

Choctaw Central will face Franklin County, a 52-50 winner against host Forest, in the first semifinal today at 6 p.m. The winner insures a trip to Jackson for the state tournament.