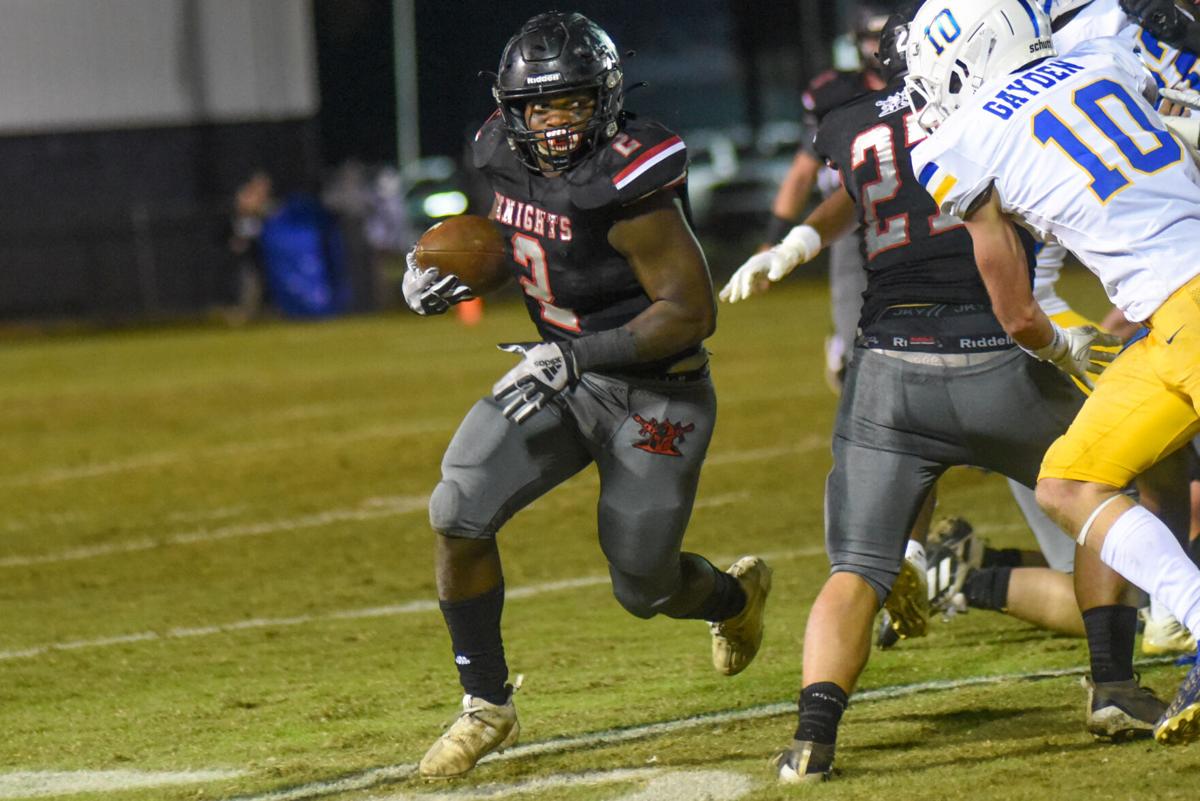 West Lauderdale's JJ Grant tries to round the corner against the Senatobia defense during their game Friday, Nov. 12, 2021, in Collinsville. 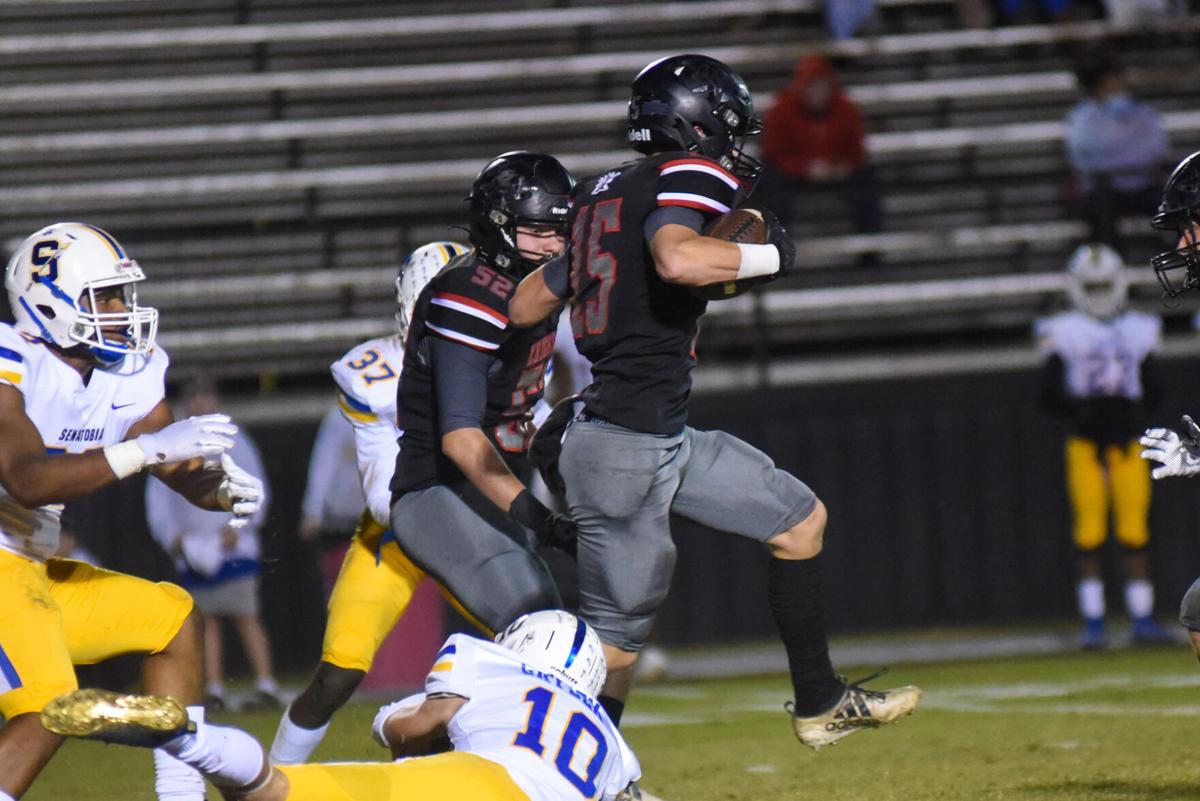 West Lauderdale's Landon Vaughn tries to shake off a Warriors defender during their game Friday, Nov. 12, 2021, in Collinsville.

West Lauderdale's JJ Grant tries to round the corner against the Senatobia defense during their game Friday, Nov. 12, 2021, in Collinsville.

West Lauderdale's Landon Vaughn tries to shake off a Warriors defender during their game Friday, Nov. 12, 2021, in Collinsville.

West Lauderdale appeared to have momentum, but Senatobia's defense got a key stop in the game’s waning minutes.

The Knights hosted the Warriors in the second round of the MHSAA Class 4A playoffs Friday and had just gotten a fourth-down stop on the Senatobia 49 with 1:59 left to play. West Lauderdale trailed 27-22; a touchdown would have put the Knights ahead for the first time in the game and put them in line for a hard-fought victory after trailing much of the contest.

But the Knights were unable to get a first down on their ensuing possession as Senatobia took over on downs with 1:07 left to play. From there, the Warriors ran for a first down and then rain out the clock, securing the 27-22 victory and denying West Lauderdale a third-round berth.

“They’re a great football team, just like I said they were coming into this game,” West Lauderdale head coach Brock Clay said. “We saw on film they’re very well-coached and execute very well at everything they do, and they don’t turn the football over. I told multiple people this week that the team that made the least mistakes would come out on top, and we just had some that hurt us at the wrong time that we weren’t able to overcome.”

Senatobia took an early 7-0 lead in the first quarter before West Lauderdale tied it with 5.2 seconds left in the frame on a 6-yard run by Hunter Moore. The Warriors scored 14 in the second quarter to take a 21-7 lead into the half, and Senatobia received the ball to open the third with a chance to go ahead by three scores.

The West Lauderdale defense pinned the Warriors deep in their own territory, however, and on fourth down the snap sailed over the Senatobia punter’s head and through the back of the end zone for a safety with 10:07 left in the third. The Knights received and drove down the field, scoring on a 7-yard run by JJ Grant with 7:05 remaining in the third quarter to cut the Warriors’ lead to 21-16.

In the fourth quarter, Senatobia scored its final touchdown on an 8-yard reception by Jayden Richardson with 5:45 remaining, but a bad snap on the PAT meant the Warriors were only ahead 27-16. West Lauderdale put together one more scoring drive after that, capped off by a 14-yard scoring run by Grant with 4:14 to go in regulation, making the scores 27-22 Senatobia. The Knights went for two but couldn’t convert, and West Lauderdale kicked off to Senatobia and stopped the Warriors around midfield on fourth down to set up its final possession.

West Lauderdale finished the season with a 10-2 record, and Clay said he was grateful for the work the players put in, especially the seniors.

“So many of them have been a part of this program for so long,” Clay said. “Each team over the last couple of years have been special in their own right, but we graduated nine and nine and now we’re set to graduate in the 20 range this year, so you have a lot of kids who have been playing since their freshmen and sophomore years, so they put a lot of time and effort into the program, and it’s sad when it comes to an end.”