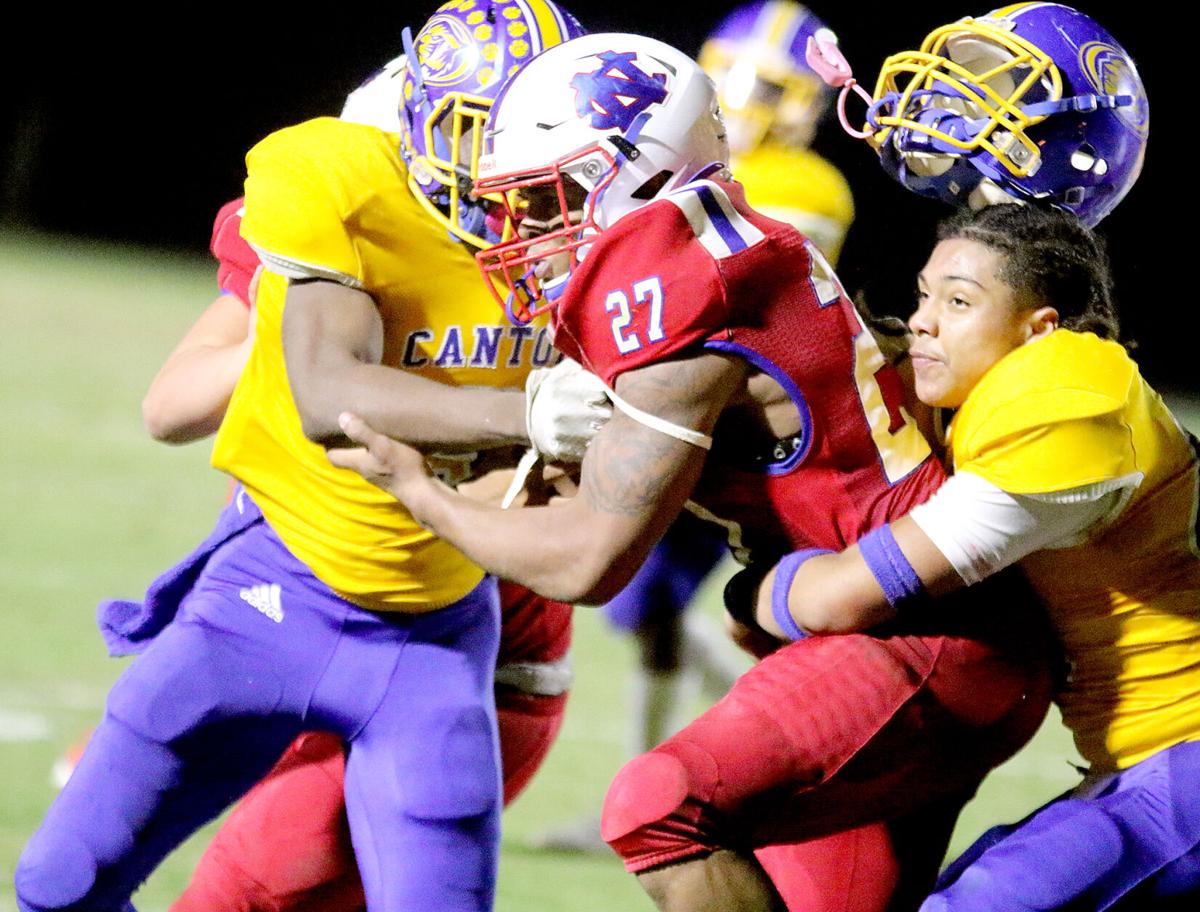 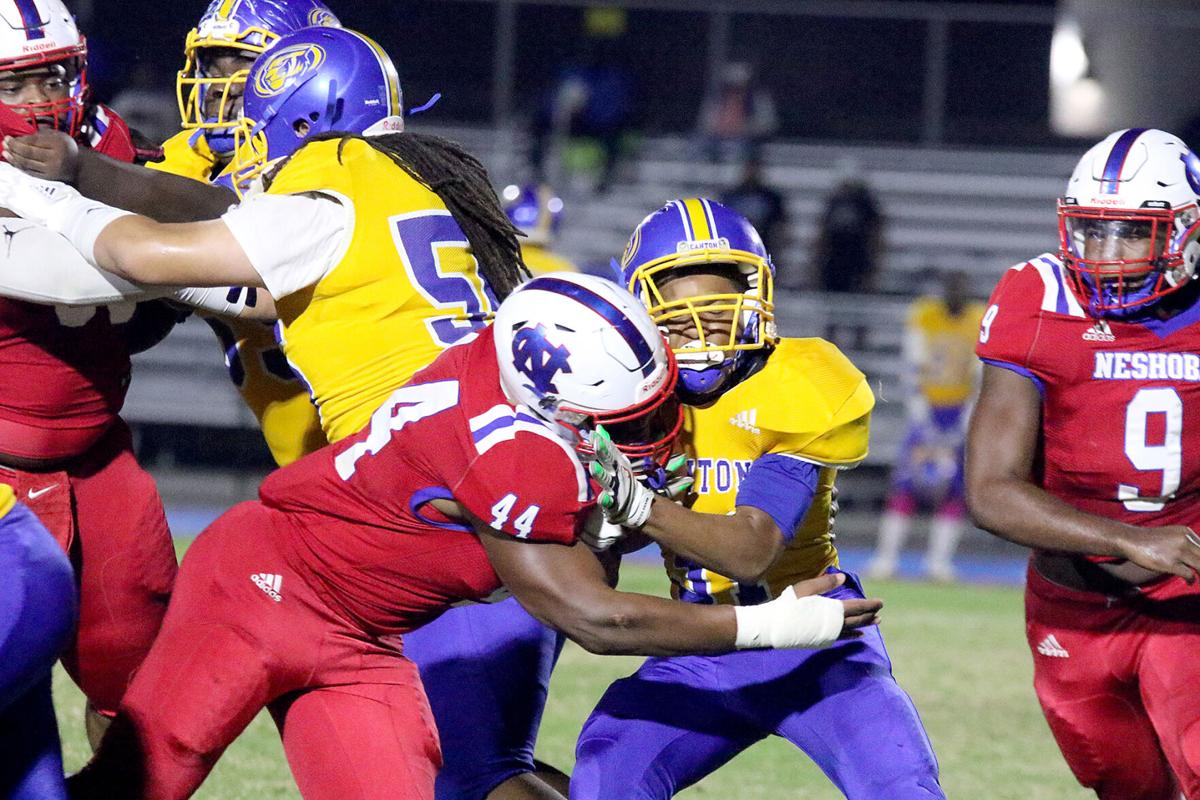 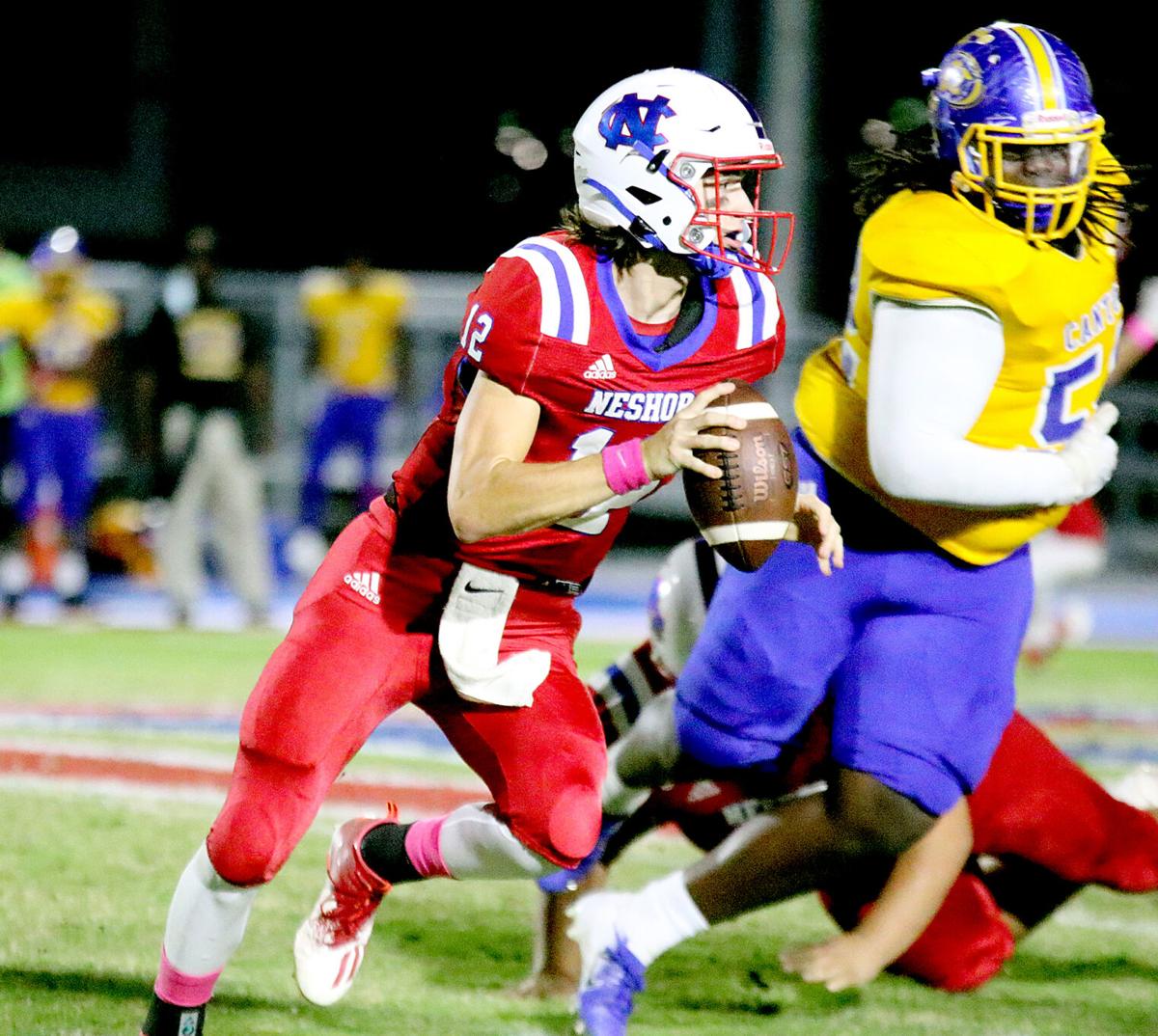 Neshoba Central's Ian Anderson tries to turn the corner while looking for a receiver downfield.

Neshoba Central's Ian Anderson tries to turn the corner while looking for a receiver downfield.

Jarquez Hunter finished with 223 yards and three touchdowns on 21 carries for Neshoba Central as the Rockets defeated Canton 35-12 on homecoming in Thursday evening prep football action.

The threat of Hurricane Delta forced most East Mississippi teams to move their Friday night games to Thursday night.

Hunter also caught three passes for 56 yards, and the Rockets finished with 418 yards of total offense to Canton’s 205. Quarterback Eli Anderson went 6 of 12 passing for 76 yards and an interception while also having two rushing touchdowns.

“I thought we played well,” Neshoba Central head coach Patrick Schoolar said. “Defensively, we played really well all night long, and we’ve said since Day 1 that we’ll lean on them until we figure things out offensively. On offense, I thought we did some good things, but we have to get better in all facets of the game.”

“Our defense, as good as they are, is very underrated as far as national people knowing their names,” Schoolar said. “They’re as good a unit as I’ve ever coached. Griffin’s stat line is a career stat line for a lot of people, and he and Kelby do that week in and week out. I’ll go out on a limb and say we have a top-three linebacking corps in the state of Mississippi.”

Neshoba Central improved to 6-0 overall, 3-0 in Region 2-5A. The Rockets have a bye next week before returning to Region 2-5A action Oct. 23 at home against Ridgeland.

“It’ll give us two weeks to prepare for Ridgeland, which will be a good battle,” Schoolar said. “I think the winner of our game will decide the division.”

Will Morris went 16-for-26 passing with 285 yards and three touchdowns for Lamar as the Raiders beat Heritage Academy at home Thursday.

Zagar Cooper hit a 22-yard field goal for the Raiders.

The Raiders (5-2, 2-1) have won four straight and will travel to Hartfield Academy next week.

Chris Hardy was 9 of 19 passing for 104 yards, and Ja’Michael Jackson had a touchdown run, but Northeast Lauderdale fell to Leake Central Thursday in Region 4-4A action.

LaSanto Rowe had a kickoff return for the Trojans, and Trey Murphy made a field goal for Northeast Lauderdale to round out its scoring.

The Bulldogs (4-0) tallied 408 yards of total offense as they blanked Mize Friday at Enterprise’s homecoming.

Kristian Milsap rushed seven times for 101 yards for Enterprise, while Ridge Kidd added two carries for 73 yards and two touchdowns. Quarterback Derryon Gray was 3-for-6 passing for 92 yards and a touchdown, and Milsap had a 30-yard touchdown reception.

Defensively, John Campbell had two tackles for loss for Enterprise, and Trace Roy finished with two tackles and one assist, while Milsap had a sack.