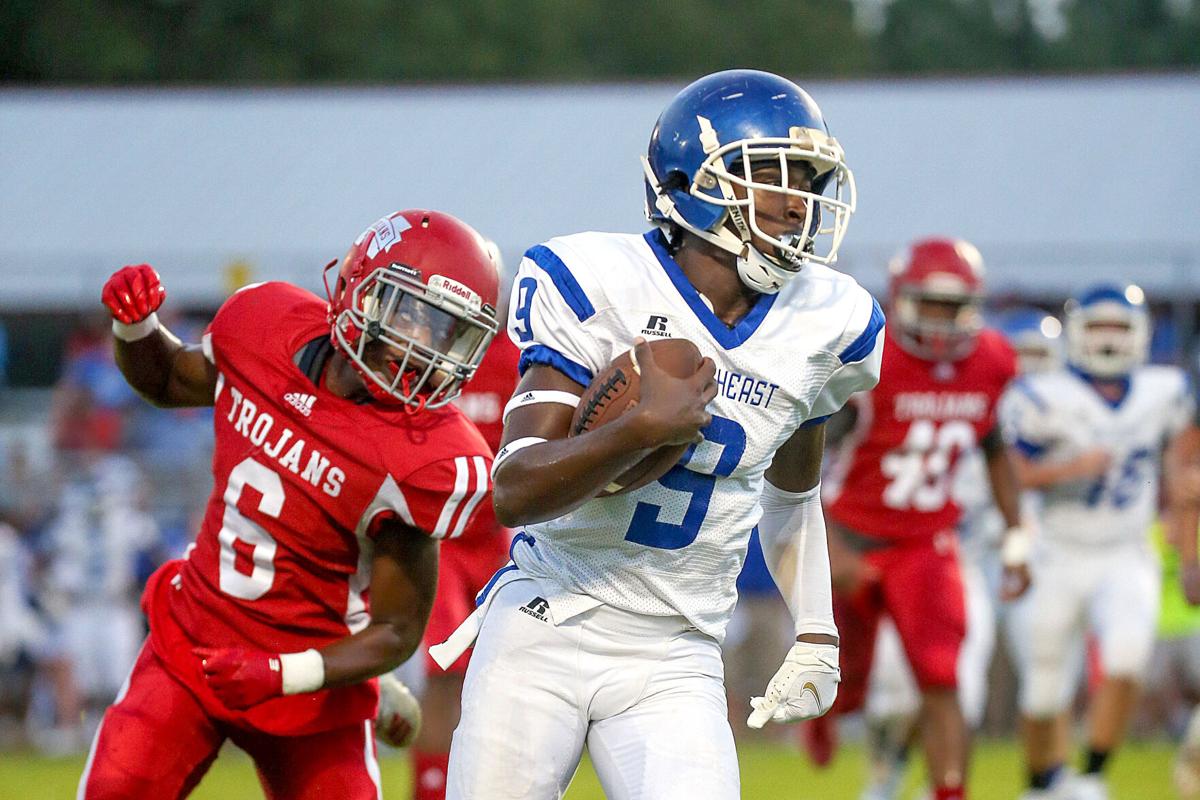 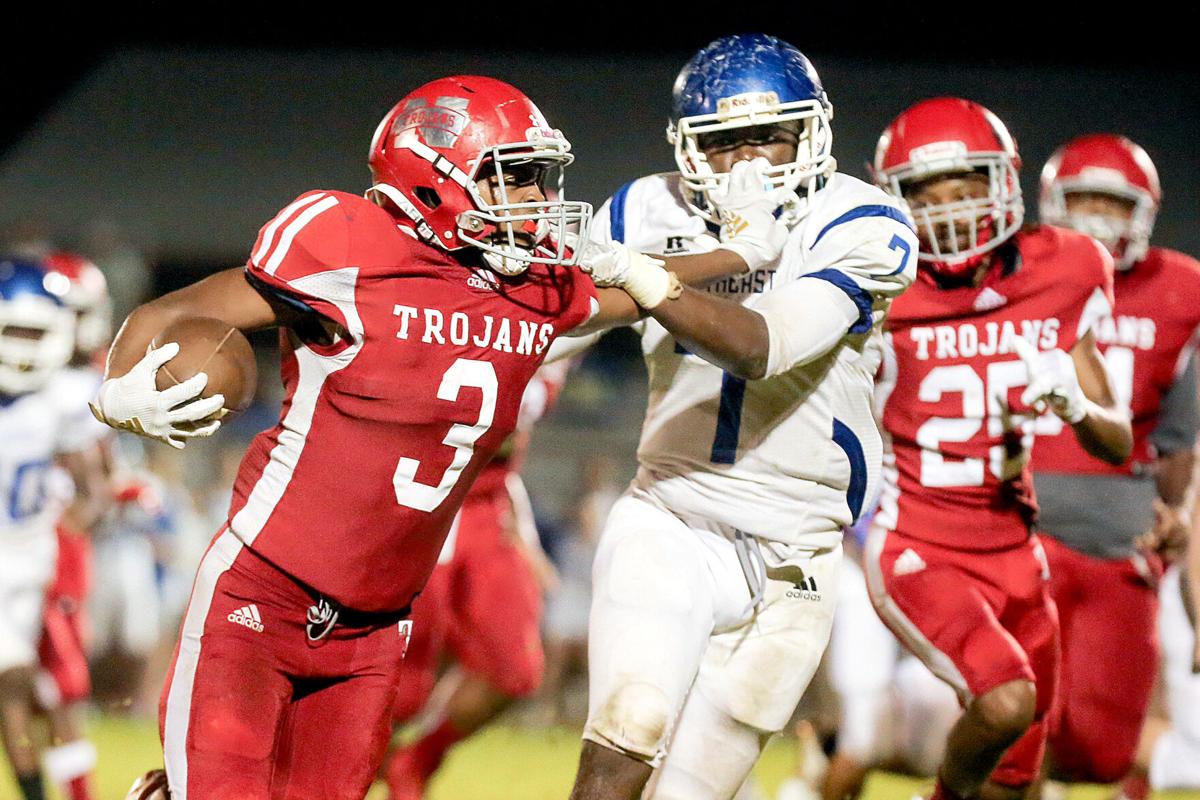 Despite a fourth-quarter surge by Northeast Lauderdale, Southeast Lauderdale scored the winning touchdown in the final 12 minutes to edge the Trojans 20-18 in Friday night prep football action.

The Tigers took a 13-7 lead into the fourth quarter, but the Trojans scored 12 points in the frame to take an 18-13 lead before Southeast scored the winning touchdown.

“The negatives were that we had too many penalties and some errors here and there that could have cost us,” Tigers coach Calvin Hampton said. “The positives were that the boys fought and believed in each other, and I felt the energy on the sidelines of things coming together. There was a time Northeast went on top, and last year we probably would have gone in the tank and said, ‘Here we go again,’ but they fought back and refused to go down. That’s what you want to see early in the season.”

Southeast out-gained Northeast 259-161 in total yards, with the Tigers rushing for 186 yards and the Trojans tallying 114 yards on the ground. Both teams lost two fumbles, and the Tigers were penalized 12 times while the Trojans were flagged eight times.

Southeast didn’t get a win until Week 5 last year, and Hampton said winning your first game goes a long way toward building momentum.

Running back Ja’Karius Grant had two rushing touchdowns and 130 yards as West Lauderdale opened the season with a 49-28 win over South Jones.

West Lauderdale finished with 159 yards passing and 277 yards rushing for 436 total yards, and the Knights’ defense limited South Jones to just 75 rushing yards and 350 total yards. Dylan Brown finished with four tackles and an assist for the Knights, and Jayden Kirkland had four tackles and three assists, while Dillon Williamson had three tackles, nine assists and half a sack. Jordan Gowdy tallied three tackles, two assists and a sack.

The Knights (1-0) play at Neshoba Central (1-0) next week. The Rockets opened the season with a 25-17 win against Tupelo Friday.

Facing North River Christian (Northport, Alabama) for the second time in three weeks, Russell Christian Academy this time pitched a shutout as the Warriors came away with the win in their first road game of the season.

The Warriors improved to 2-1 on the year.