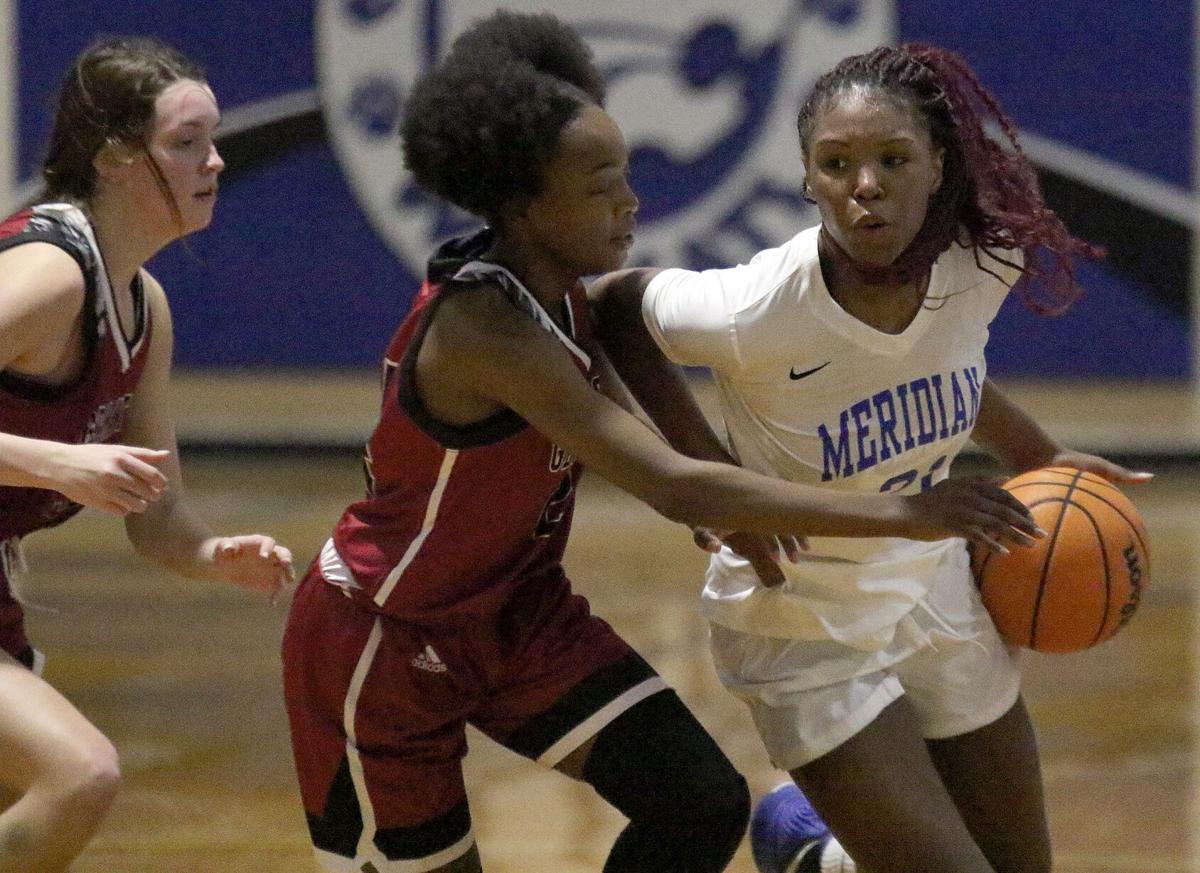 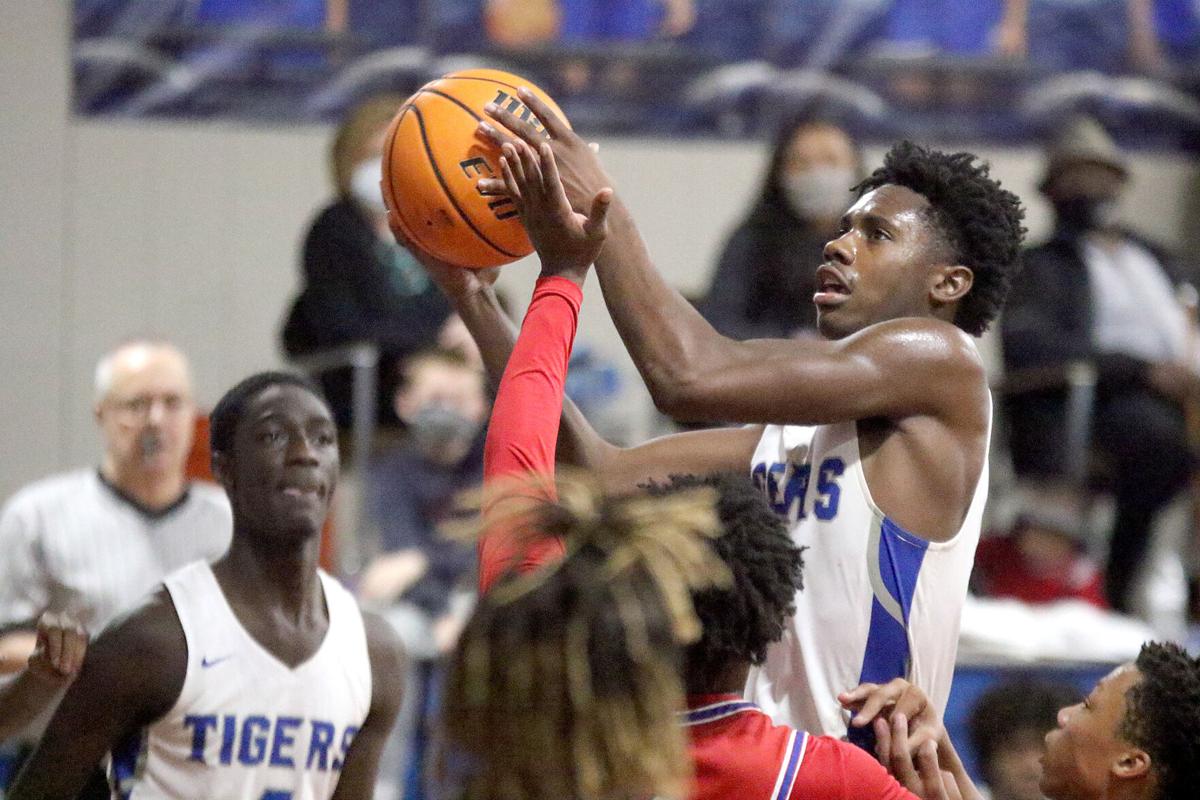 Southeast Lauderdale's JT Landrum goes up for a layup during the Tigers' home game against Forest Saturday, Jan. 23, 2021.

Debreasha Powe had a game-high 30 points for the Meridian High School girls as they beat 59-52 Saturday afternoon in the Lady Wildcats’ first game in their home gymnasium since November.

Powe edged Germantown sophomore Madison Booker — who’s ranked No. 4 in the Class of 2023 according to prepgirlshoops.com — by one point, as Booker was Germantown’s only double-digit scorer with 29 points.

The Lady Wildcats jumped out to a 25-10 lead through one quarter and kept a steady offensive pace afterward. Although Germantown managed to cut the lead to five during the fourth quarter, that was as close as the Lady Mavericks would get.

“I think we did a good job,” MHS girls basketball coach Deneshia Faulkner said. “I was glad we played Germantown, because they’re a very well-coached team, and Madison is obviously a great player, but I’m proud of my girls. I think they came together and played a good mental game.”

Although they never scored at the same pace as that 25-point first quarter, Faulkner said she was happy with how her girls maintained their composure when shots weren’t falling at times.

“We’re learning that, that’s just basketball, and you have to learn to play through it,” Faulkner said.

Arianna Patton scored 16 points for the Lady Wildcats, and Syria Walker finished the game with 11 points.

MHS (10-1, 2-0) is scheduled to host Oak Grove Tuesday for a Region 5-6A matchup. The boys will also return to action that day for their senior night.

Eli Walker hit four 3s and finished with 13 points as the Tigers beat Forest Saturday evening in a Region 5-3A contest at home.

JT Landrum and Derrius Ramsey added seven points each for the Tigers, who led 37-27 at the half.

“It was a tough, hard game,” Southeast Lauderdale boys basketball coach Centel Truman said. “Them being a district rival, you play each other twice, and it’s kind of hard to pull it out. We’re just glad we got this win. We’re just looking forward toward the next game.”

The Tigers improved to 7-4 overall, 4-1 in divisional games.