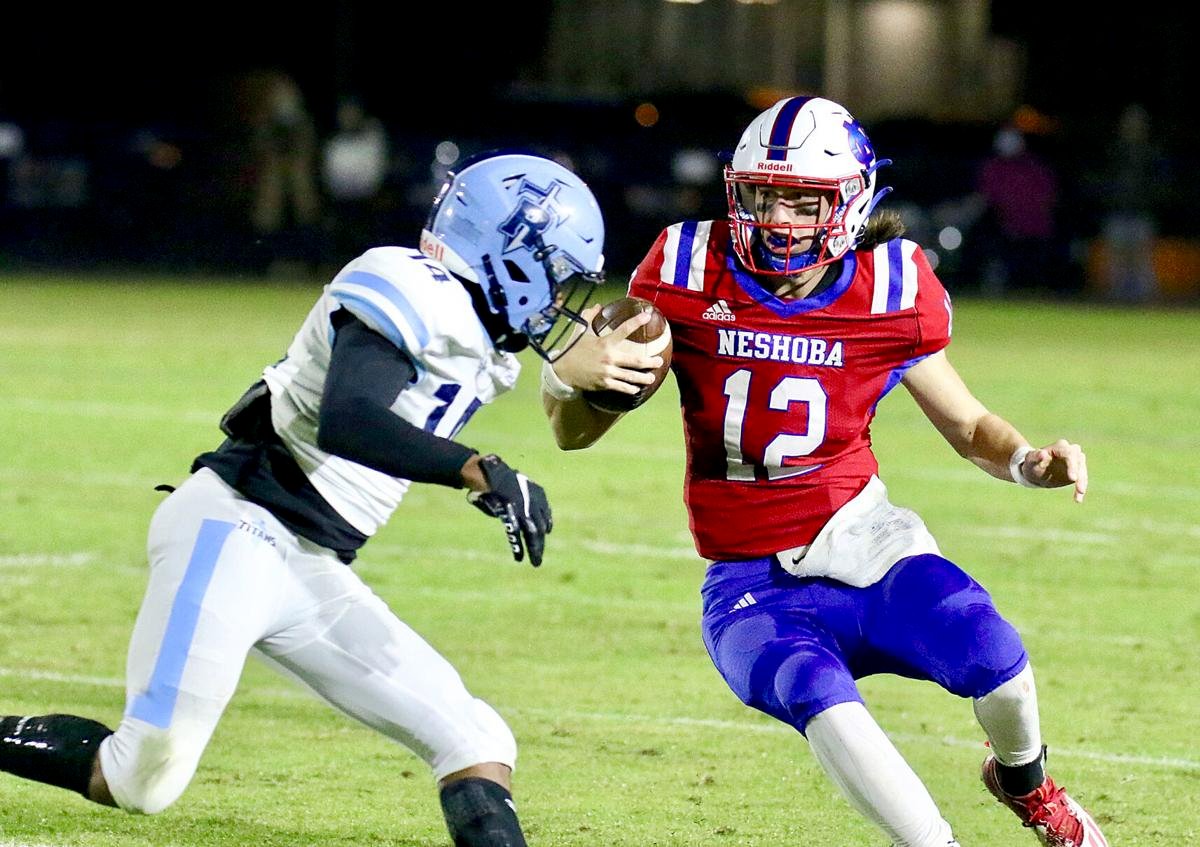 Neshoba Central's Eli Anderson (12) takes a quarterback keeper for a Rockets first down during their home playoff game against Ridgeland Friday. 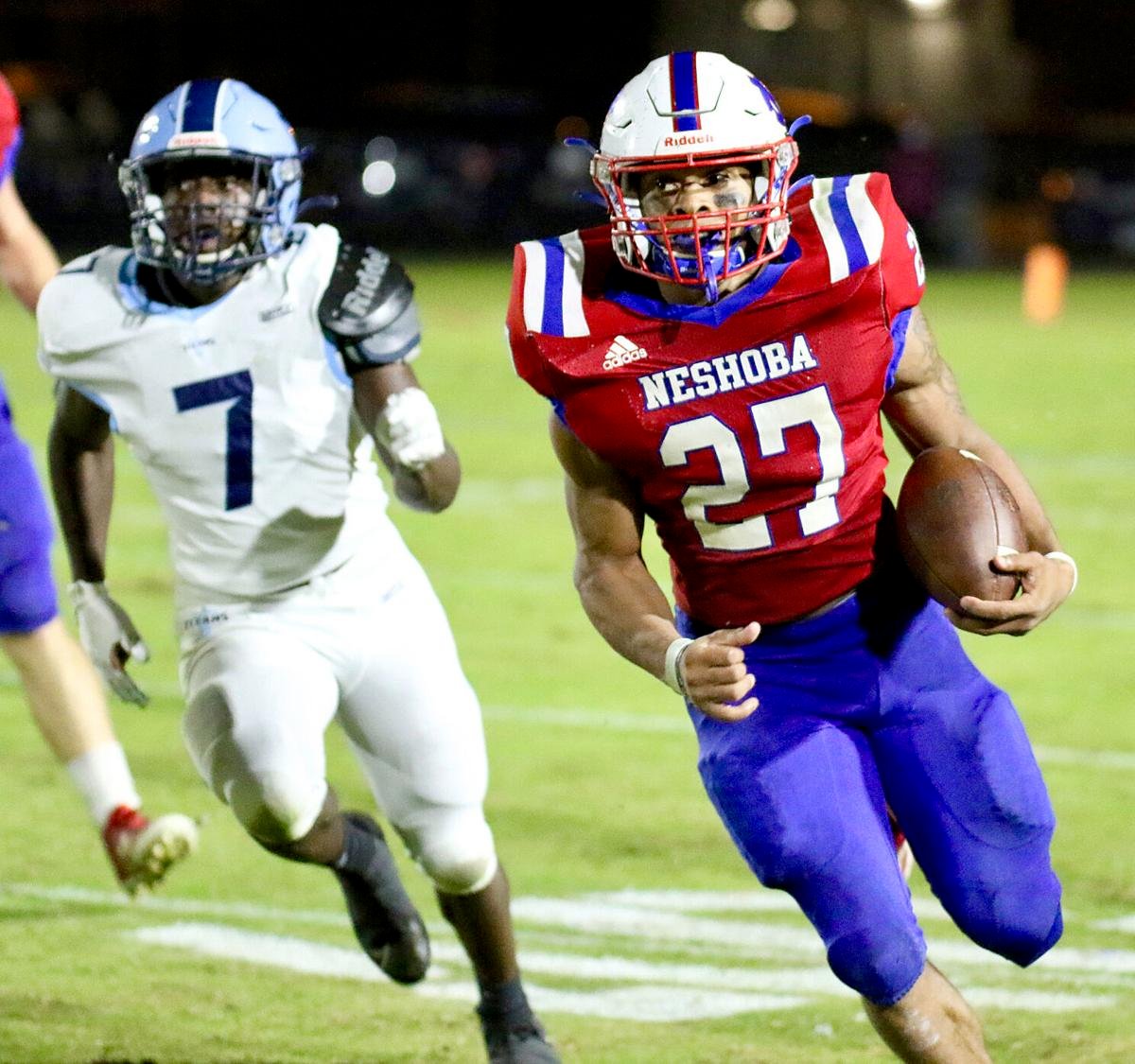 Neshoba Central's Eli Anderson (12) takes a quarterback keeper for a Rockets first down during their home playoff game against Ridgeland Friday.

PHILADELPHIA — Zy McDonald has been hard to handle all season long.

It was no different on Friday night.

Behind the play of McDonald, Ridgeland was able to hold off Neshoba Central 32-29 in a classic in the second round of the MHSAA Class 5A playoffs at Rocket Field.

The Titans (10-2) advanced to face four-time defending Class 5A state champion West Point in the MHSAA Class 5A North State Championship game next week in Ridgeland. This is Ridgeland’s first trip to North State since 2010.

“Great football game between two really good football teams, and it sucks a team had to lose that one,” Ridgeland coach Sam Williams said. “These guys just refuse to lose. They don’t want to lose, and it has been a special year, and I’m really excited to see what we can do moving forward.”

The first half was back-and-forth. Ridgeland got on the board on the third play of the game when McDonald hit Richard Mays on a 54-yard touchdown pass. The two-point conversion failed, giving the Titans a 6-0 lead with 10:48 left in the first quarter.

After forcing a punt, Ridgeland’s Donovan Ball scored on a 2-yard run to extend the Titan lead to 20-7 with 8:39 left in the second quarter. Hunter added a 55-yard touchdown run for Neshoba Central to cut the lead to 20-14 with 8:20 left in the first half.

After forcing Ridgeland to punt, the Rockets took the lead at 21-20 when Eli Anderson connected with Hunter on a 26-yard touchdown pass with 1:53 left in the second quarter.

Ridgeland got a 1-yard touchdown run by Ball with 18 seconds left to take a 26-21 lead at the break.

The Titans regained the lead at 32-29 as McDonald found Mays on an 11-yard pass with 59 seconds left in the third quarter.

After a Ridgeland fumble with 8:26 left in the fourth quarter, Neshoba Central got to midfield before a fourth-down pass sailed over the receiver’s head with 3:15 left. Ridgeland then ran the clock out.

“The defense gave up some big plays, but in the drives they didn’t make big plays they had to earn it,” Williams said. “We were going to have to win games like this, and we did tonight. I’m excited to get to play West Point, and to be the best you have to beat the best.”

McDonald finished the night 25-of-38 for 375 yards with three touchdowns.

“Every time we play Neshoba, it’s always a great game, and we had to pull it out,” McDonald said. “Me and Richard have been playing together since eighth grade, and the connection is working.”

Said Mays, “We were getting them with slants and inside routes. They were so worried about the deep ball and we were able to connect on those routes.”

“Just two great programs and two great individual players, and neither disappointed tonight,” Neshoba Central coach Patrick Schoolar said. “At the end of the day, they made more plays than us. Jarquez has been the heart of the program, and he will move on and do great things. We will be back in the weight room and will start working toward next year.”