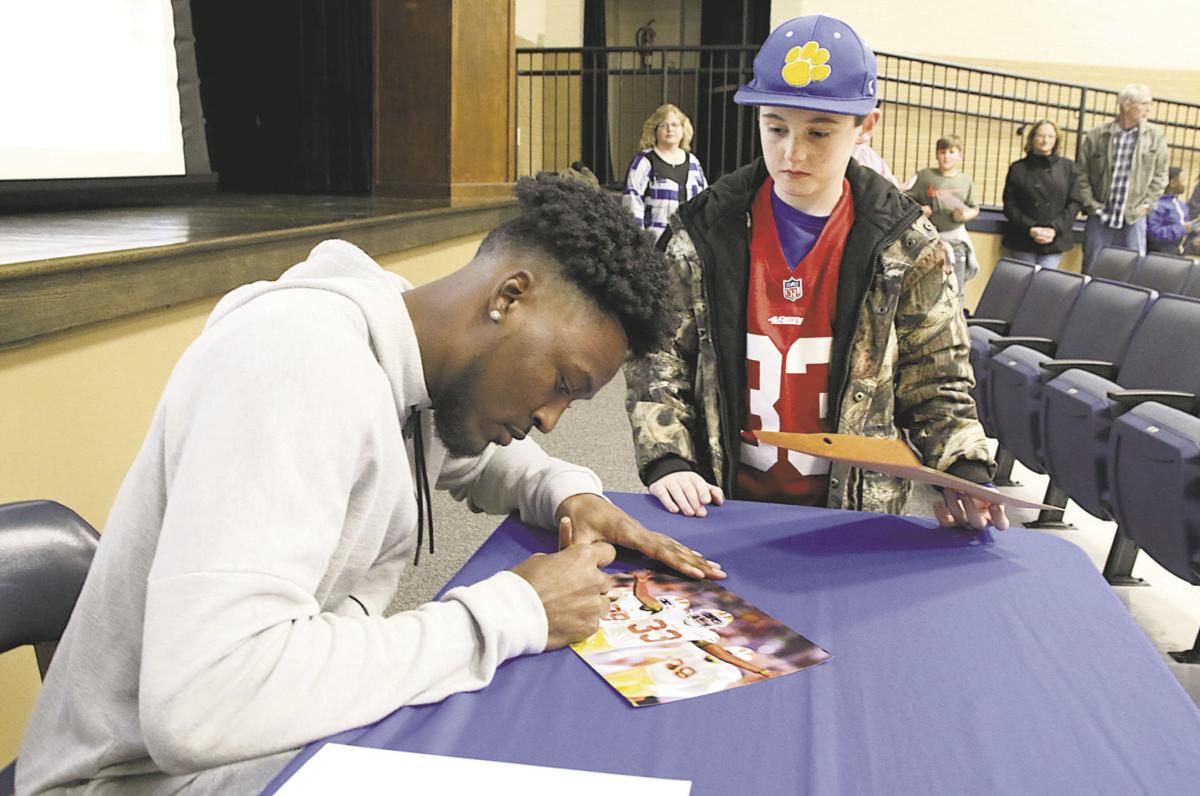 San Francisco 49ers’ Tarvarius Moore signs an autograph for Mason Schrimpshire, 9, as others wait in line Thursday at Quitman High School. Moore was a standout athlete at Quitman, where in graduated in 2014. 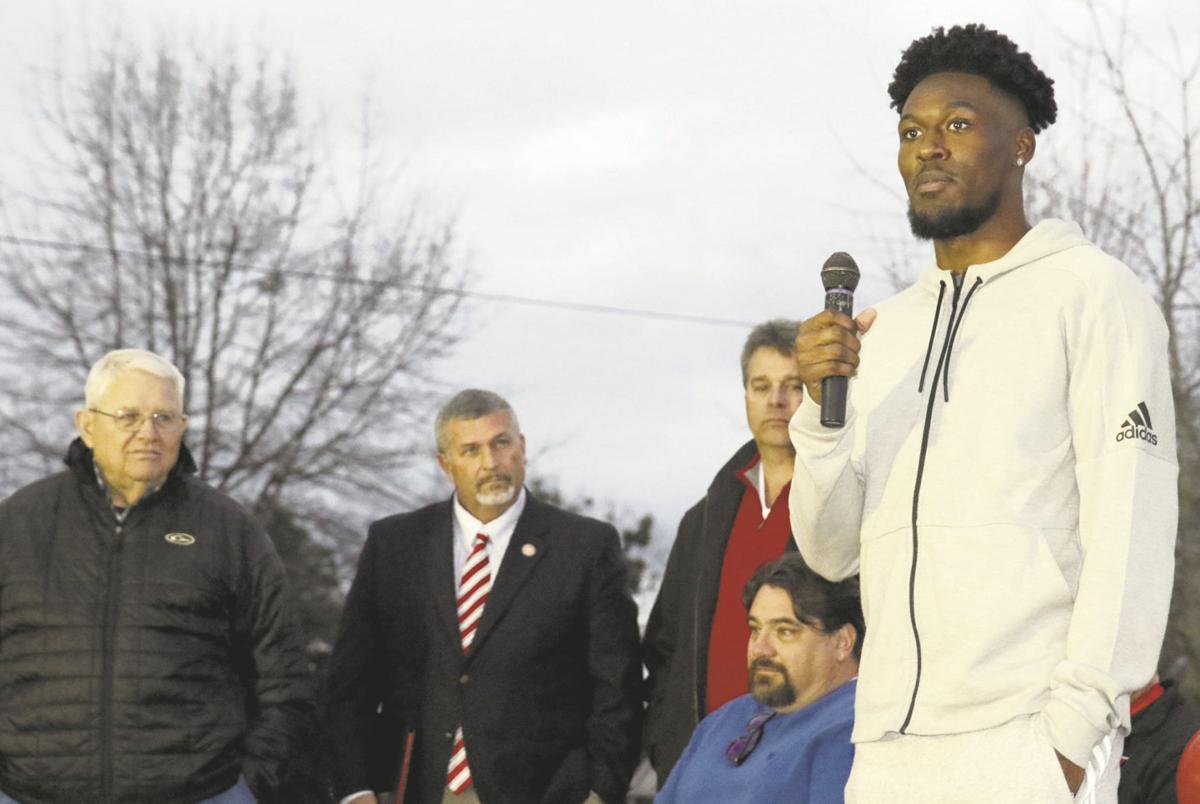 San Francisco 49ers’ Tarvarius Moore signs an autograph for Mason Schrimpshire, 9, as others wait in line Thursday at Quitman High School. Moore was a standout athlete at Quitman, where in graduated in 2014.

QUITMAN — Former Quitman High School standout Tarvarius Moore was honored Thursday evening at an event at the school which recognized his accomplishments in the NFL as a member of the NFC champion San Francisco 49ers.

Moore spoke to the crowd and thanked everyone for their support over the years.

“It’s just home,” Moore said. “I’m just out here with community people who I’ve known all my life, so it’s just a great feeling to come back and just be around family and people who’ve supported me my whole life.”

The event, a block party set up by Rondacia Moss and the Quitman High School Class of 2014, featured several speakers who told stories of Moore and congratulated him on his success.

Former Quitman head coach Steve Bynum, now at Petal, who led the Panthers when Moore was on the team, spoke about how Moore’s actions on the field are felt by the entire community.

“Everybody out there agreed with me when I said, ‘Every play you make every Sunday, we make it with you,’” Bynum said. “‘You’re an extension of us, and we live through you.’”

After graduating from Quitman, Moore, a defensive back, attended Pearl River Community College before transferring to Southern Miss. He was drafted in the third round of the 2018 NFL Draft by San Francisco and has played in all 32 regular-season games as a cornerback, free safety and on special teams. He notably intercepted Patrick Mahomes in the fourth quarter of Super Bowl 54 earlier this month and deflected two passes in the game as well.

“I’m very appreciative of it because they didn’t have to do it,” Moore’s mother, Latasha Moore, said. “I’m glad that they want to recognize him and his accomplishments, and the fact that he’s from here and they’re proud.”

Moore, who spends much of the offseason in Quitman, said he takes a moment before every game to realize where he is and where he comes from and is more than willing to attend public events and to speak to an audience.

“I’m always down to doing something for the community,” he said. “They’ve molded me into the person that I am and have done so much for me throughout the years, so it’s always a good feeling to be able to come back and just give back.”

Bynum added that he’ll always jump at the opportunity to honor someone like Moore.

“Any time you get a kid like Tarvarius, who comes out of a small town, rural community like Quitman and plays on the biggest stage you can play on and has success, it’s great to come back and show him how much he means to the community,” he said.