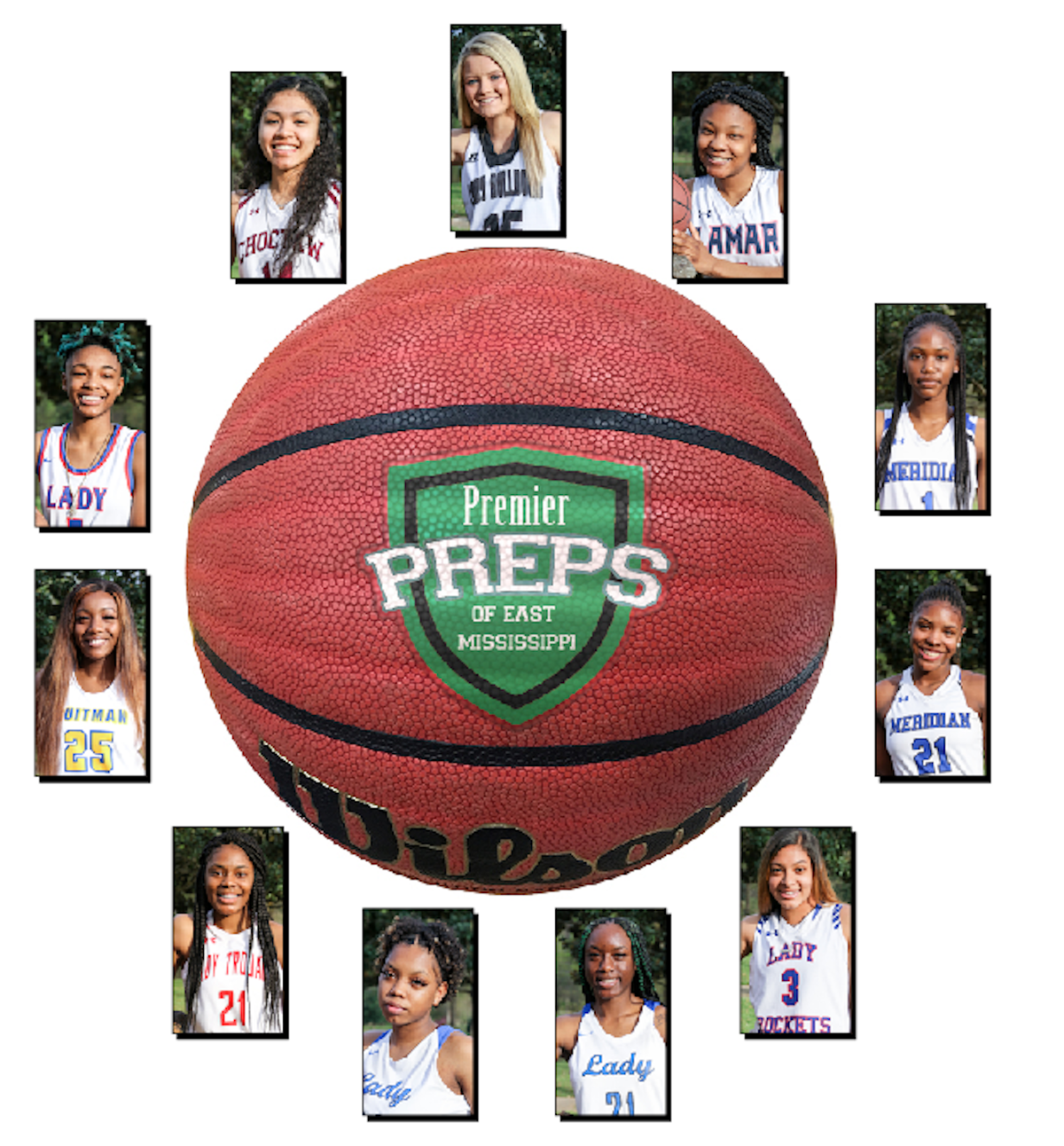 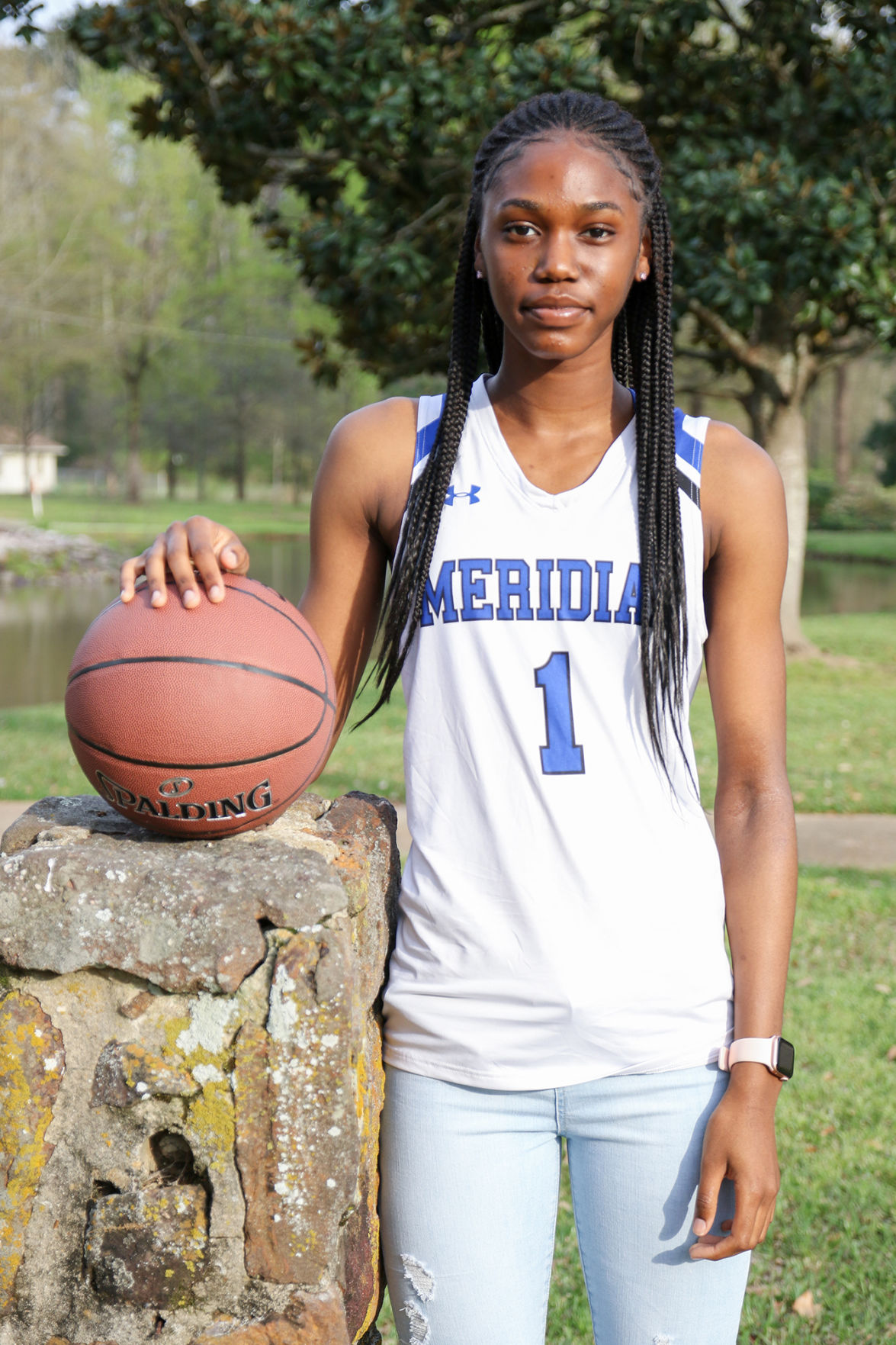 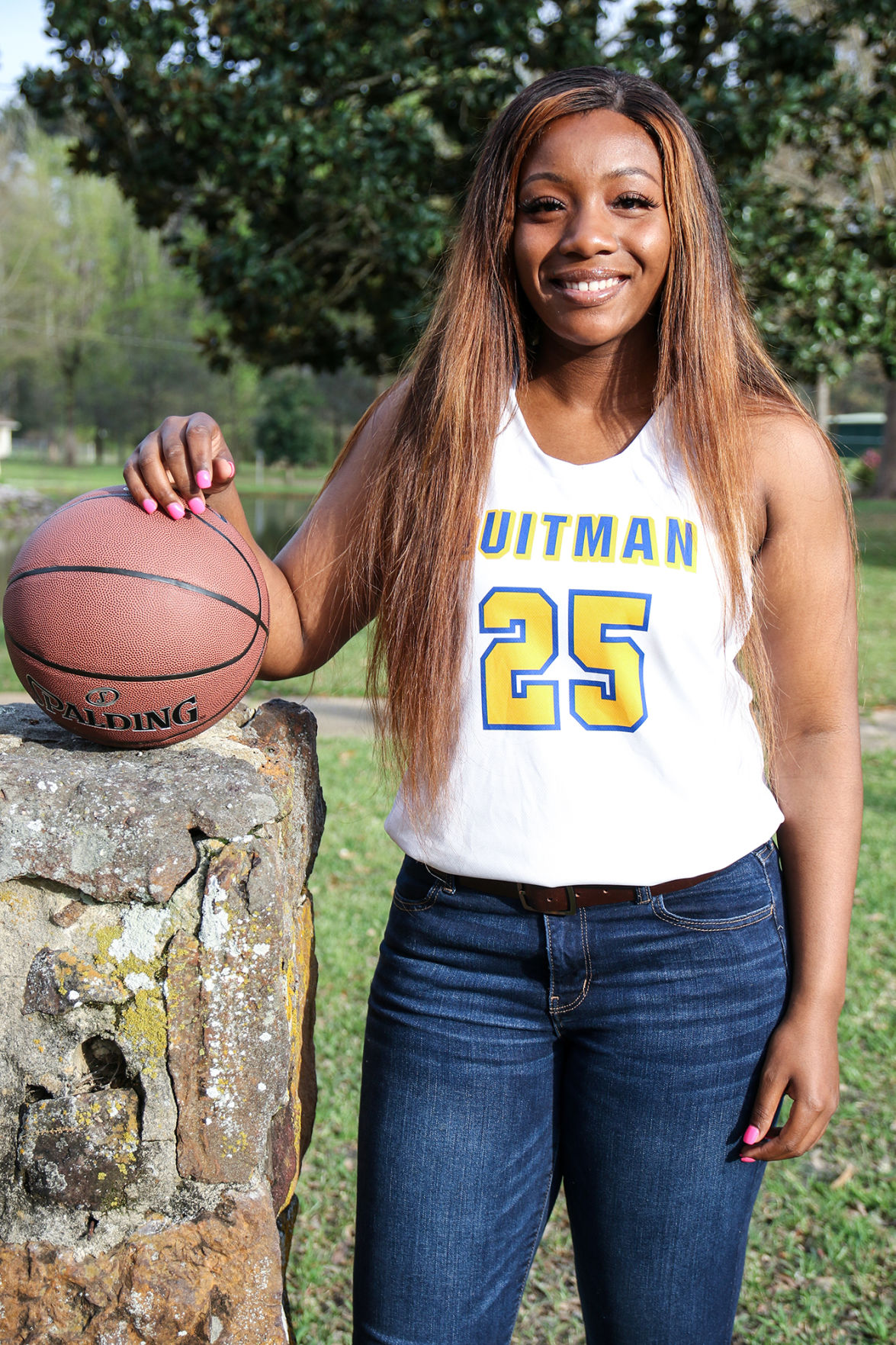 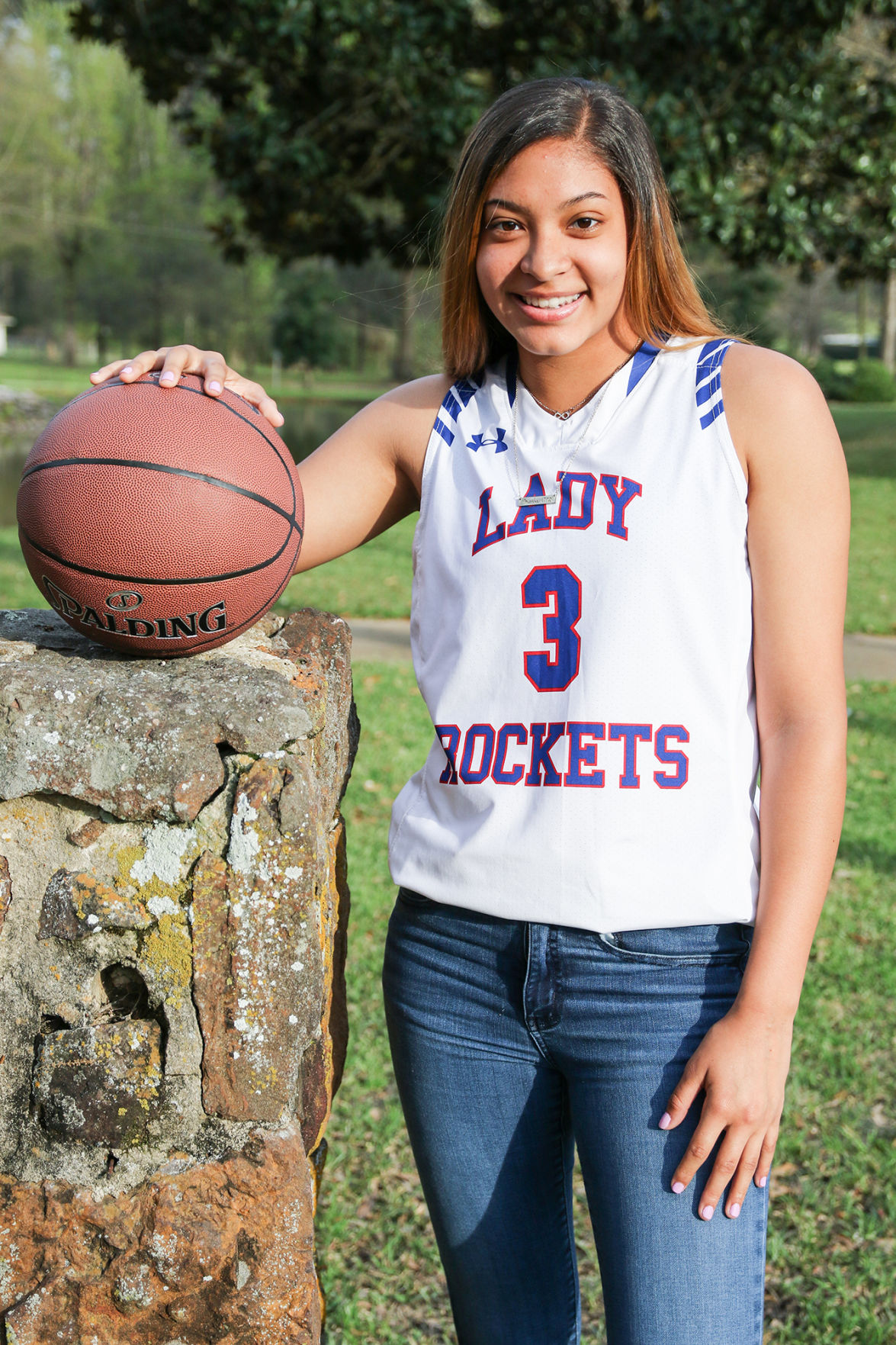 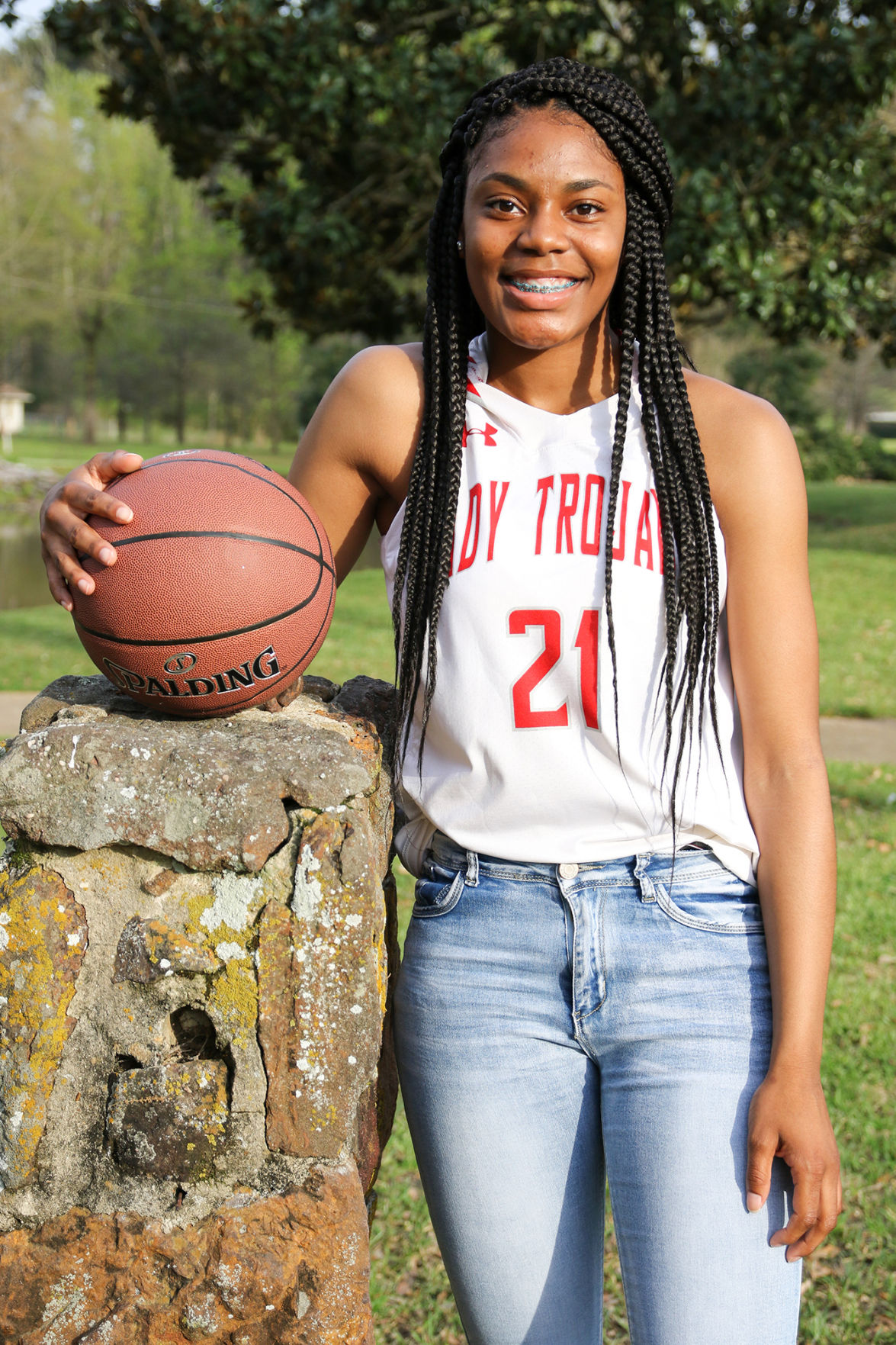 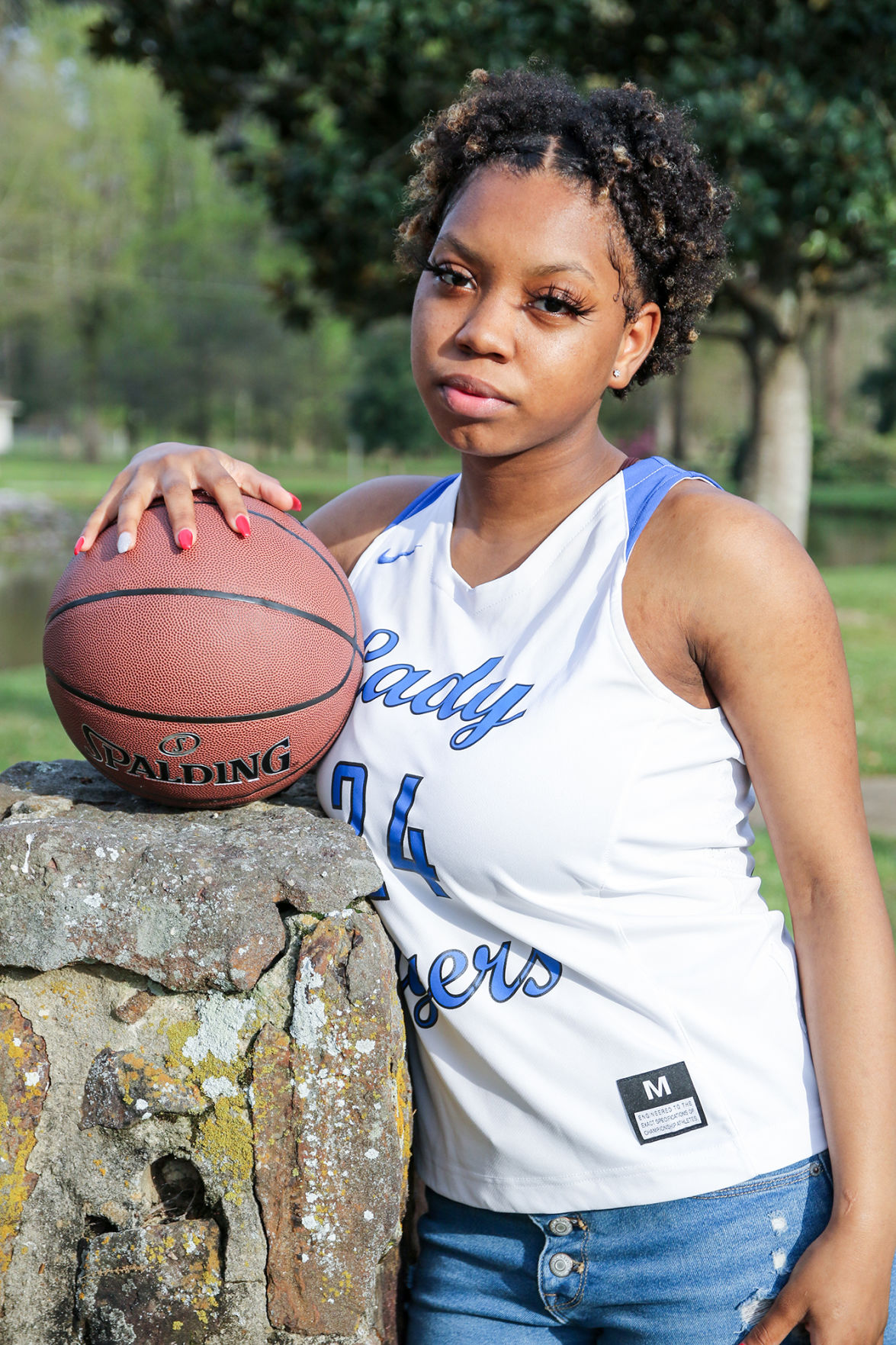 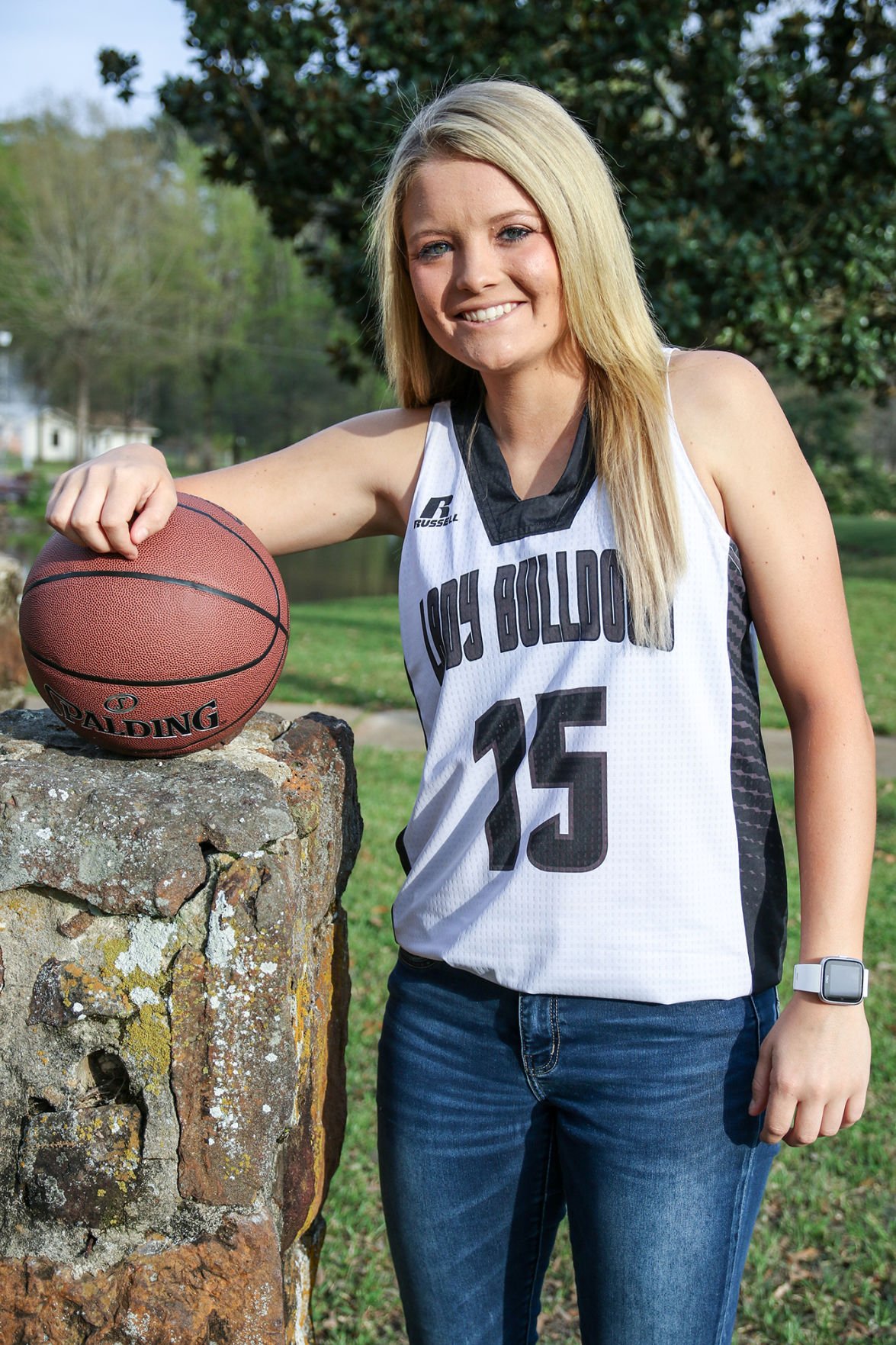 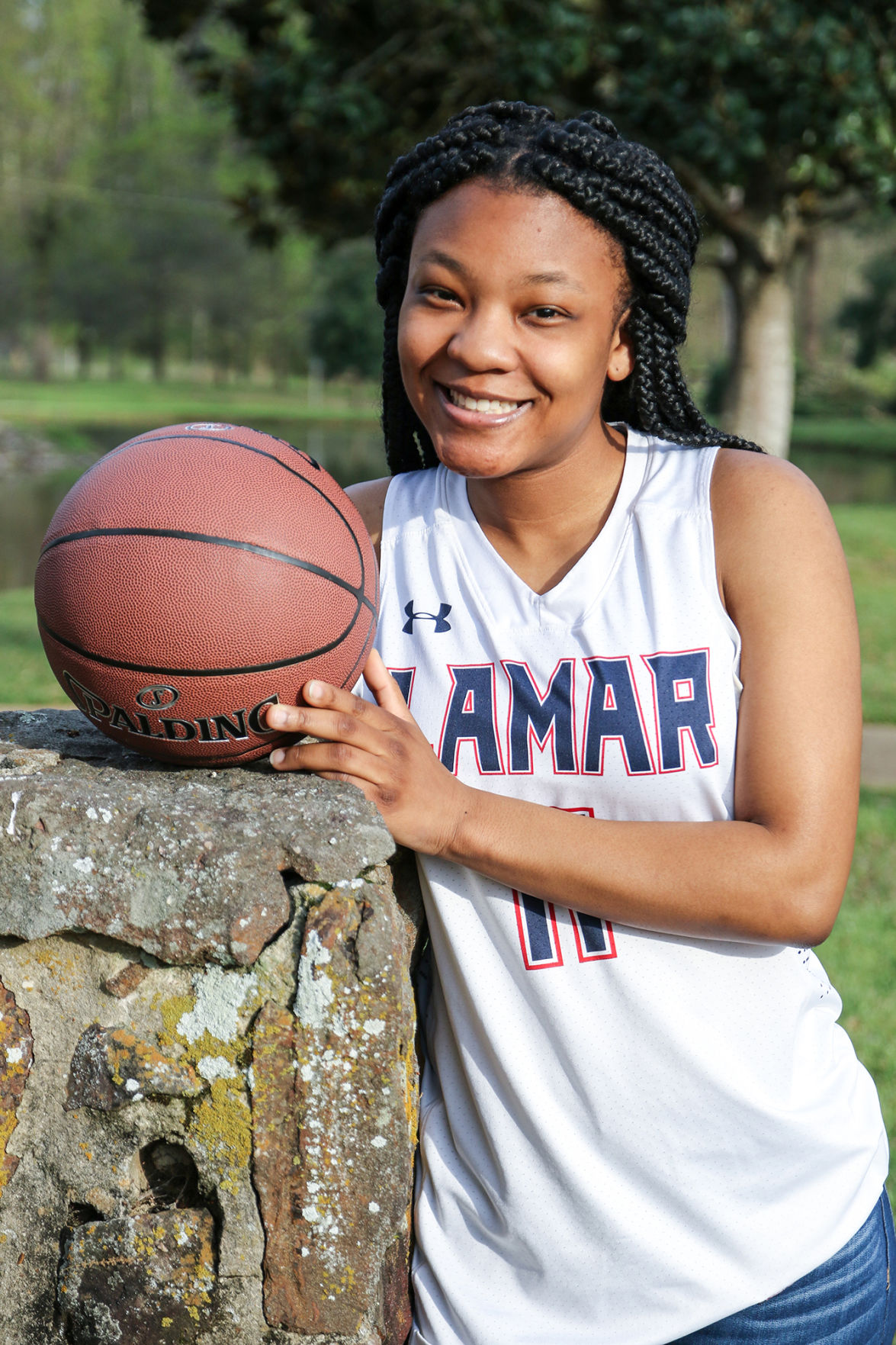 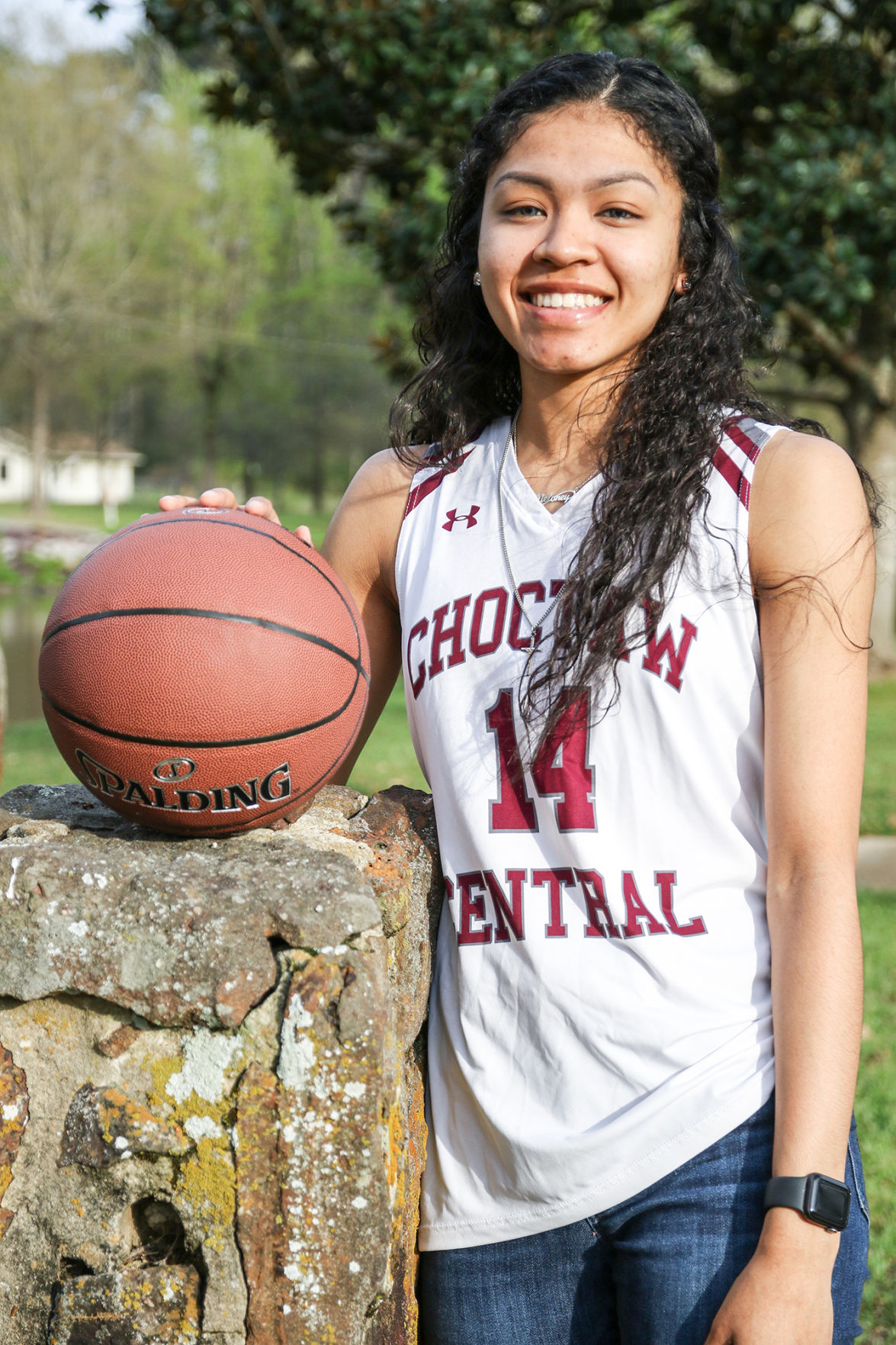 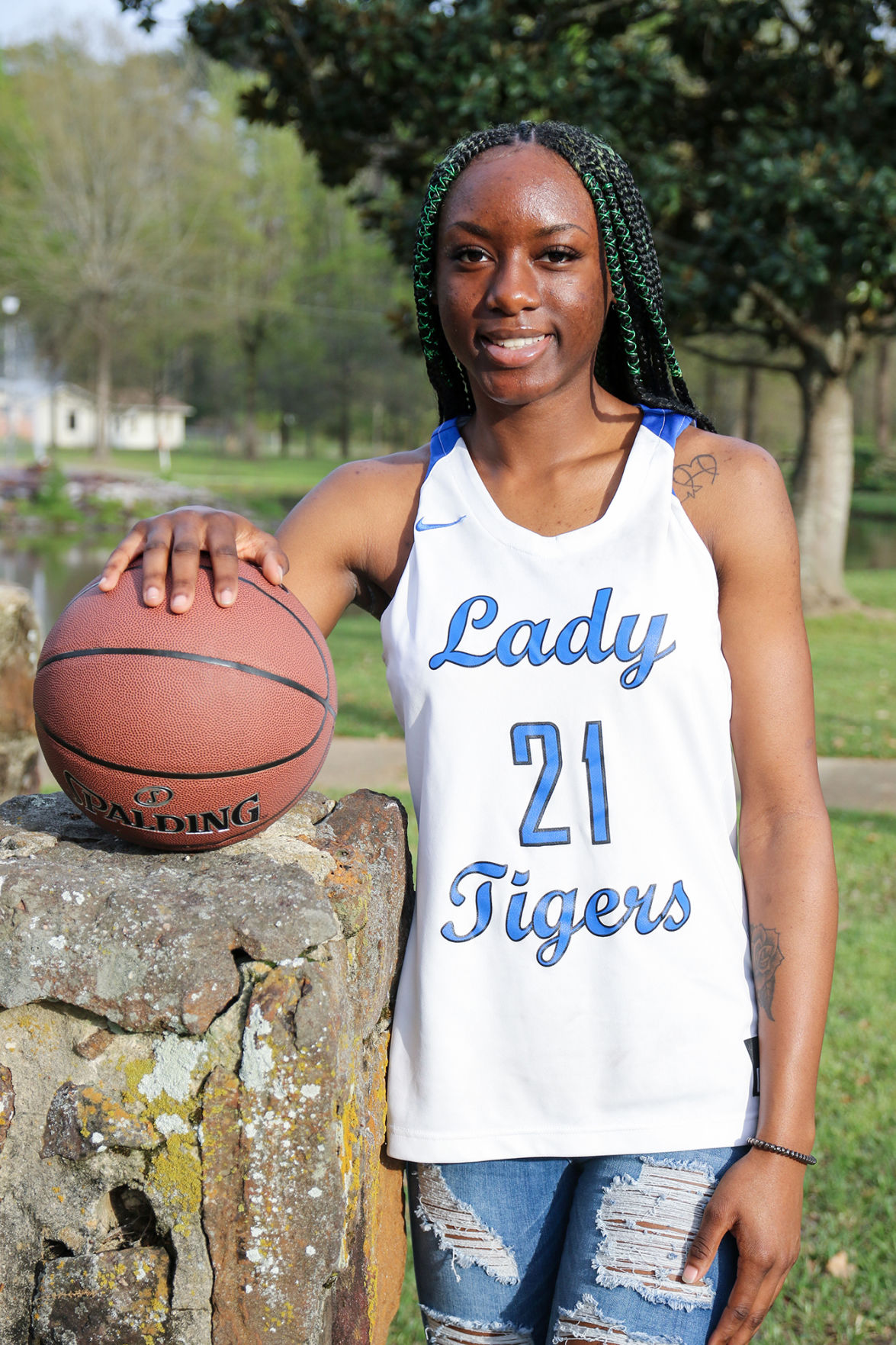 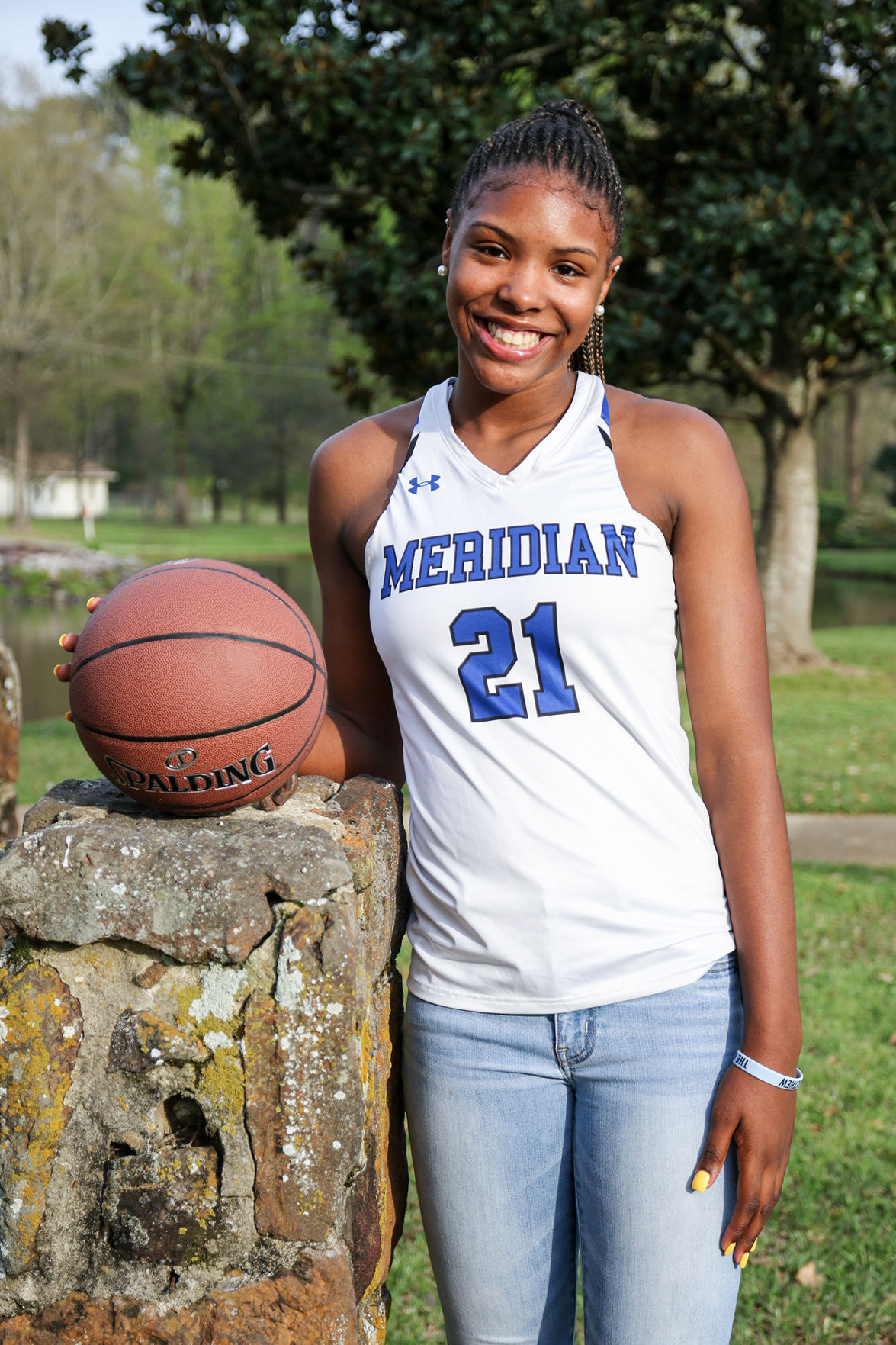 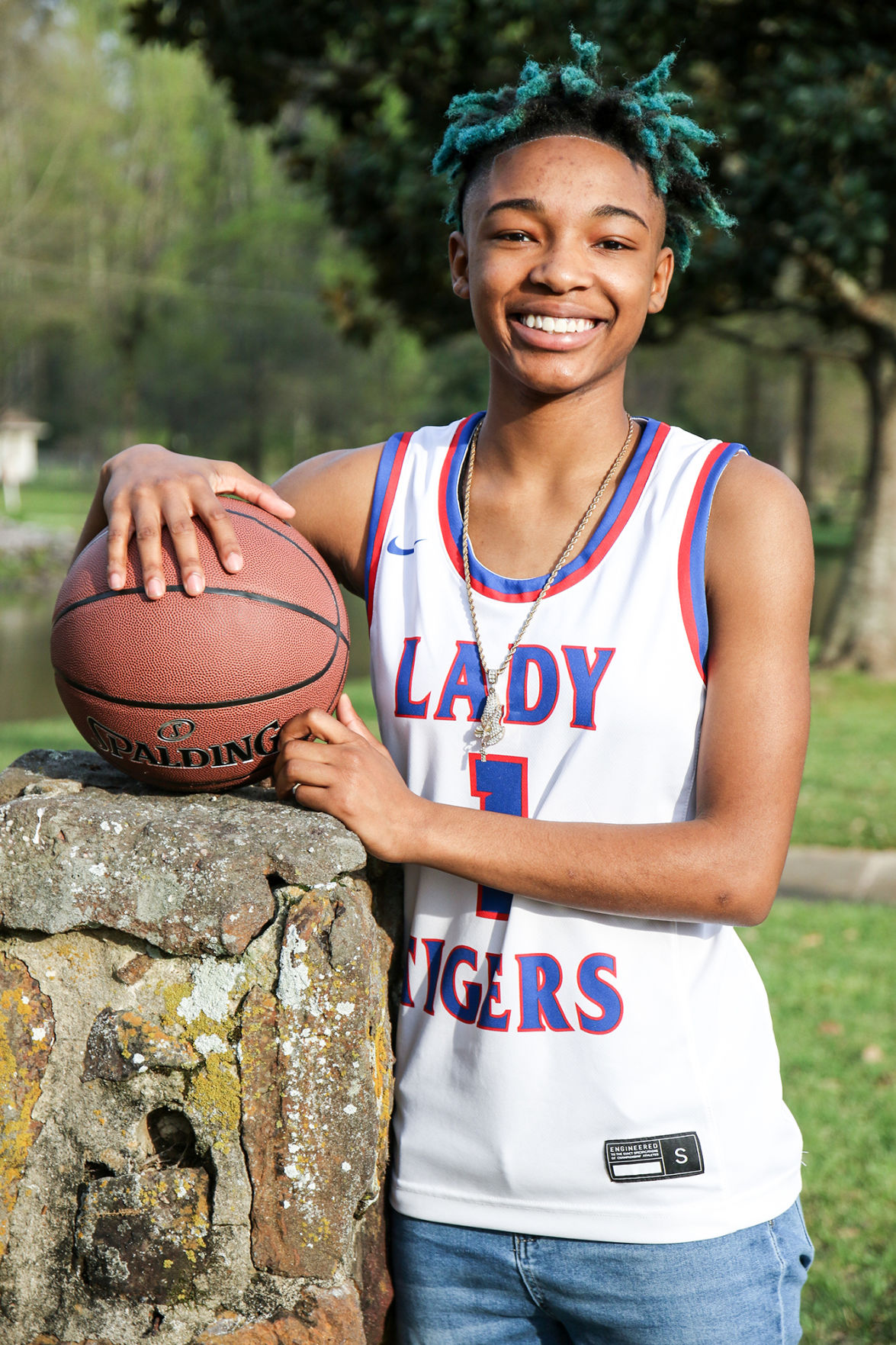 The players on this list had leading roles on their respective squads in addition to putting up the stats they did, with several of them having significant influence at the guard position.

Here are some notable numbers from this year’s team:

3 — Number of repeat Premier Preps appearances: Meridian’s Ti’Ian Boler and Debreasha Powe, and Choctaw Central’s Meloney Thames were all Premier Preps last year. Boler and Powe made the team for the third straight season, while it’s the first selection for Powe as a Lady Wildcat as she transferred from Lamar.

6 — Number of non-seniors on the team: More than half of this year’s team is comprised of players who are slated to be back next fall, but none are freshmen who still have three years left. Northeast Lauderdale’s Kennedi Jimison, Newton’s Ja’Leah Hickmon and Choctaw Central’s Meloney Thames make up a trio of juniors, while Meridian’s Debreasha Powe, Newton’s Zía Shields and Neshoba Central’s Hama’ya Fielder are all sophomores.

9 — Number of Premier Preps who play guard: This year’s team is heavily dominated by those who can play point guard, shooting guard or a combination. Lamar’s Skylar Norman and Southeast Lauderdale’s Shakira Wilson ran the point position almost exclusively for their squads, while Northeast Lauderdale’s Kennedi Jimison stuck to shooting guard, and Choctaw Central’s Meloney Thames and Newton’s Zía Shields spent time in both roles. Enterprise’s Faith Guy was a dual-threat player at both guard and forward.

5 — Number of players on teams who reached the third round of the postseason: The Meridian duo of Ti’Ian Boler and Debreasha Powe helped lead the Lady Wildcats to the MHSAA Class 6A semifinals, while Kennedi Jimison of Northeast Lauderdale, Meloney Thames of Choctaw Central and Hama’ya Fielder of Neshoba Central all made quarterfinal appearances with their schools.

15.9 — Average number of points per game among the team: The Newton duo of Ja’Leah Hickmon and Zía Shields led the way with 21.2 and 20.6 points per contest, the only players on this year’s team with more than 20. Meridian’s Debreasha Powe and Neshoba Central’s Hama’ya Fielder followed with 17 points each, and Choctaw Central’s Meloney Thames was close behind with 16.4.

Why she’s here: Boler averaged 14 points, nine rebounds and four steals per game to help lead the Lady Wildcats to a 29-2 record and an MHSAA Class 6A semifinal berth. The Jackson State signee is a three-time All-Region player and participated in the MAC Mississippi/Alabama All-Star Basketball Game.

Why she’s here: The MHSAA Region 5-4A MVP, Satcher averaged a double-double in her final season with the Lady Panthers with 14.5 points and 11.4 rebounds per game. She also chipped in 2.6 steals per contest to help get Quitman to the Class 4A postseason.

Why she’s here: Fielder scored 17 points per game in her sophomore season for the Lady Rockets, who reached the quarterfinals of the MHSAA Class 5A playoffs. Fielder’s performance also earned her an All-Region selection.

Why she’s here: The MHSAA All-Region 4-4A selection averaged 15 points and six rebounds per game this season for the Lady Trojans. She also scored a career-high 26 points in Northeast’s victory over Clarksdale in the Class 4A second round, helping get her squad the state quarterfinals for the second straight year.

Why she’s here: Shields poured in 20.6 points per game for the Lady Tigers to help her squad reach the second round of the MHSAA Class 2A second playoffs. Her sophomore performance also earned her an All-Region selection.

Why she’s here: Guy averaged 12 points and 8.5 rebounds per game in her senior campaign and finished her high school career with 1,070 points. An All-Region selection in basketball, she is signed to play softball at East Central Community College next season.

Why she’s here: The Belhaven University signee tallied 14.5 points, three assists and 3.3 rebounds per contest for the Lady Raiders, earning an MAIS All-Division selection and finishing second in the division in All-Star voting.

Why she’s here: Thames averaged 16.4 points, 6.4 rebounds and 2.3 steals per game in helping lead the Lady Warriors to their sixth straight playoff quarterfinal appearance. She was named MHSAA Region 4-4A MVP, as well as the regional tournament’s MVP.

Why she’s here: Hickmon dropped 21.2 points per game for the Lady Tigers, who collected a 19-9 record this season and reached the MHSAA Class 2A second round. She earned an All-Region selection and was named MVP for both the Region 6-2A regular-season competition and the postseason tournament.

Why she’s here: The Lady Wildcats’ 29-2 season and run to the MHSAA Class 6A semifinals was fueled in part by the production of Powe, who averaged a double-double for the year with 17 points and 12 rebounds per game, along with six steals per contest. Her sophomore performance earned her an All-Region selection.

Why she’s here: Wilson averaged 12.8 points, 5.2 rebounds and 4.2 assists per game and collected 4.4 steals per contest in leading her team to a 22-7 record and a Class 3A playoff berth. Wilson earned an All-Region selection for the third consecutive year. She signed to play at EMCC next season.