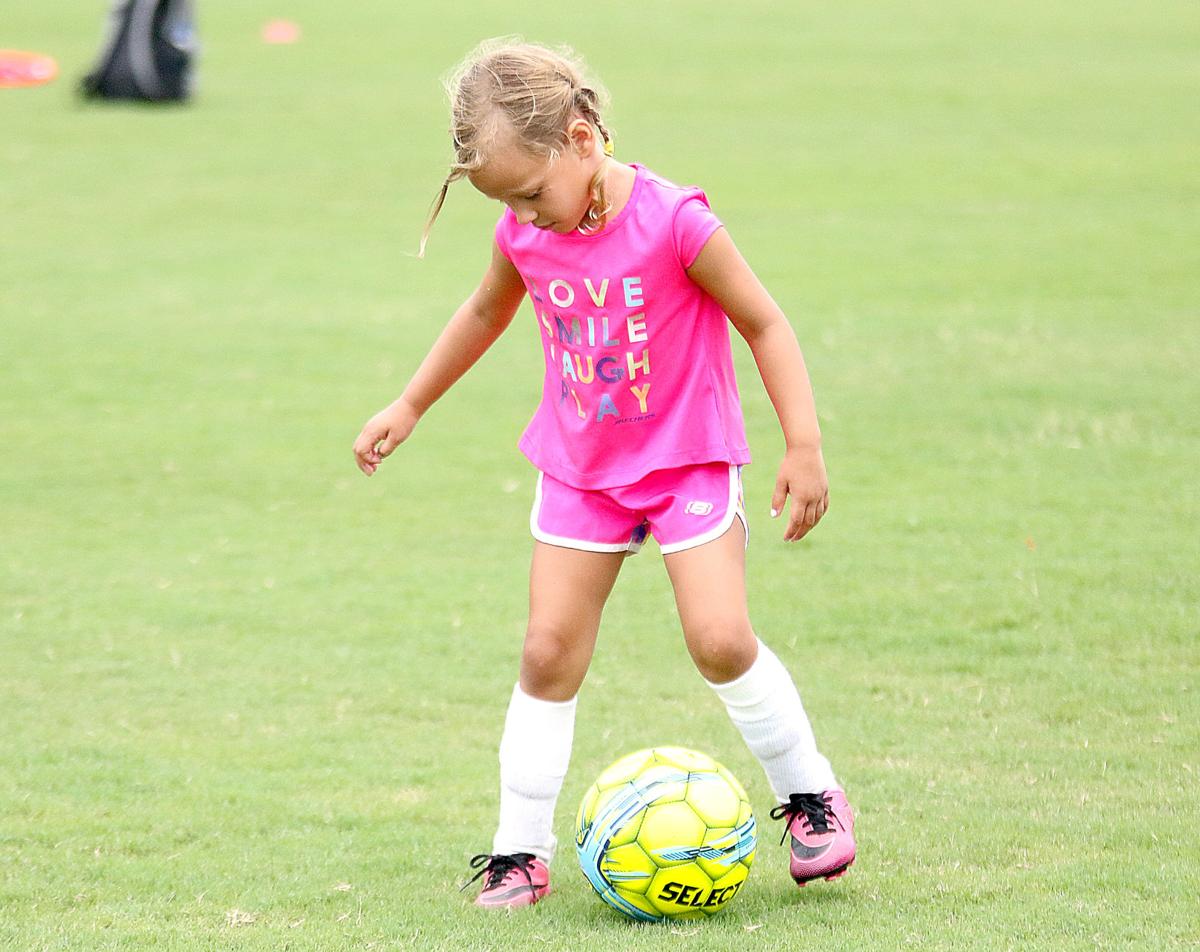 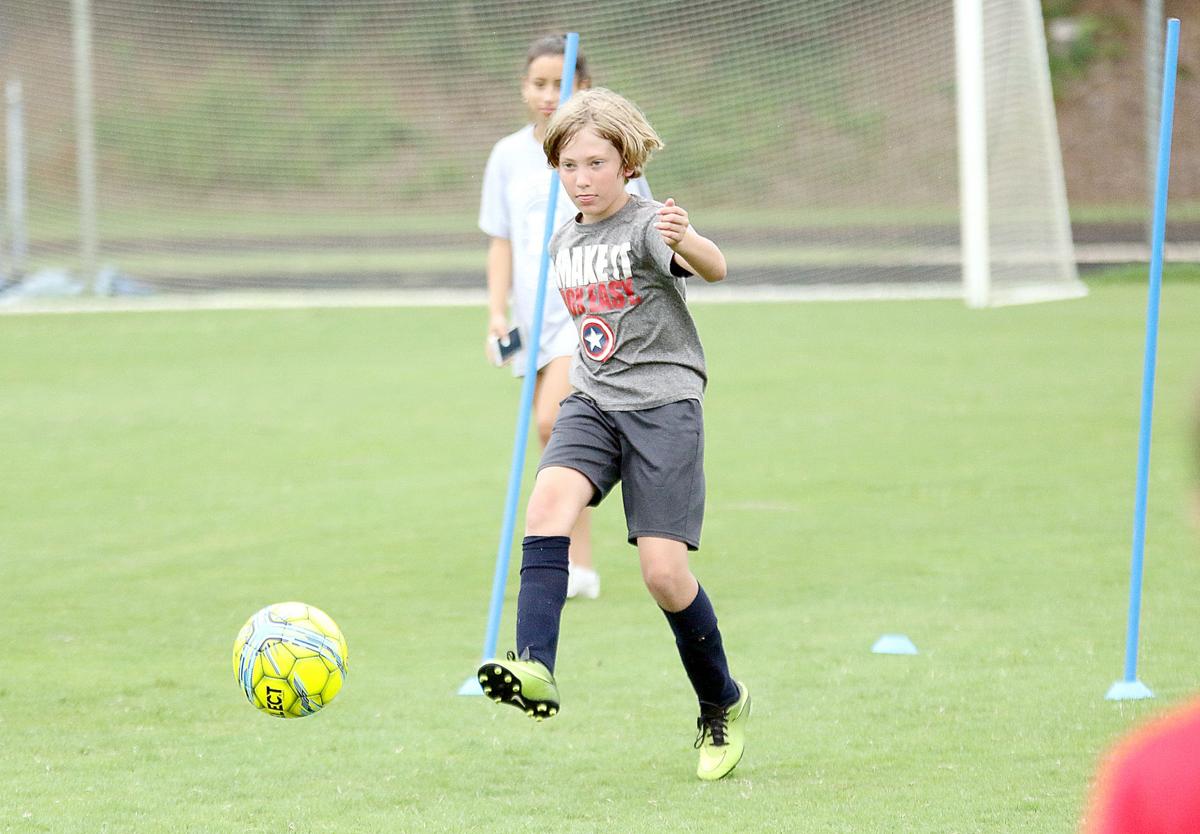 Hayden Pippen passes the ball to one of his teammates downfield during the Meridian Community College youth soccer camp Tuesday morning. 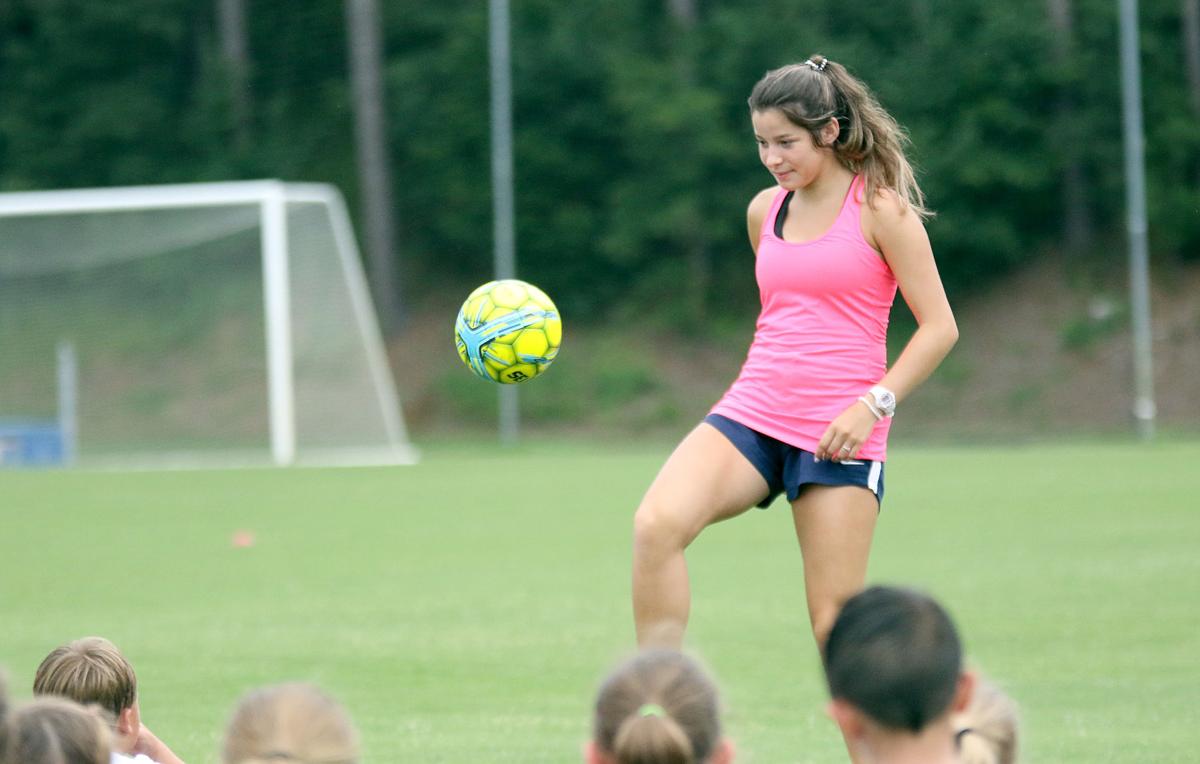 Instructor Kat Torrance demonstrates to campers how to juggle a soccer ball with your feet during the Meridian Community College youth soccer camp Tuesday morning.

Hayden Pippen passes the ball to one of his teammates downfield during the Meridian Community College youth soccer camp Tuesday morning.

Instructor Kat Torrance demonstrates to campers how to juggle a soccer ball with your feet during the Meridian Community College youth soccer camp Tuesday morning.

As part of her introduction to the Meridian Community College women’s soccer team, Savannah Cooper was tasked with coaching 4-year-olds.

The Purvis native, who will start her freshman year with the Lady Eagles this fall, was among the members of the team who helped run MCC’s annual youth soccer camp this week. Training such young players so new to the game, she said emphasizing fun was the focus. That’s why she helped lead an exercise they named ‘Space Invaders,’ and threw in some other games as well.

“We have to have a lot of patience with them going through the drills,” Cooper said. “If they get bored we’ll try to add a fun freeze tag game in there or something.”

The three-day camp, taking place Monday through Wednesday, featured basic instruction for boys and girls ages 4-12 on passing, dribbling, shooting, receiving the ball and more. Wednesday they finished up the event by playing a round of matches Lady Eagles head coach Mike Smith referred to as their World Cup.

“It’s a breath of fresh air just to be out here playing. It almost feels normal.” said Smith, who led the camp. “We’re happy to be out here. Everything’s been great. “It’s fun, they’re learning and they’re out here.”

Numbers were higher than Smith thought there would be, he said, with 40 participants taking part during the camp. He attributes the boost to the desire to be outside and be active.

He said the event also provided a means for incoming and returning members of his MCC squad to meet and get to know one another, and some are former participants of the camp itself.

“Some of these girls are from Meridian and they attended this camp when they were young,” he said. “So now they’re able to work it.”

Cooper said she enjoyed being able to share her passion.

“It’s fun. I like being out here with the kids and teaching them the game,” she said. “Because I love the game.”