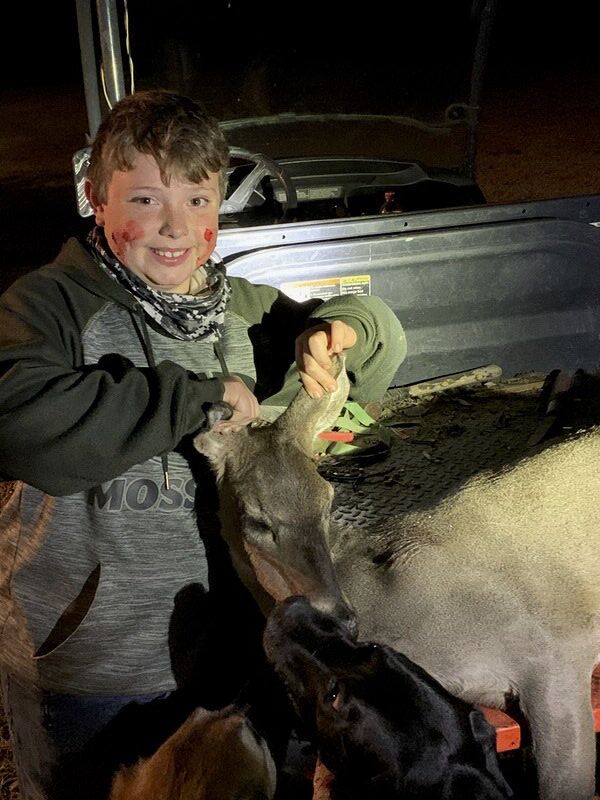 Matthew Mattox, 10, took his first deer a week after his sister, Matilyn, on private land. 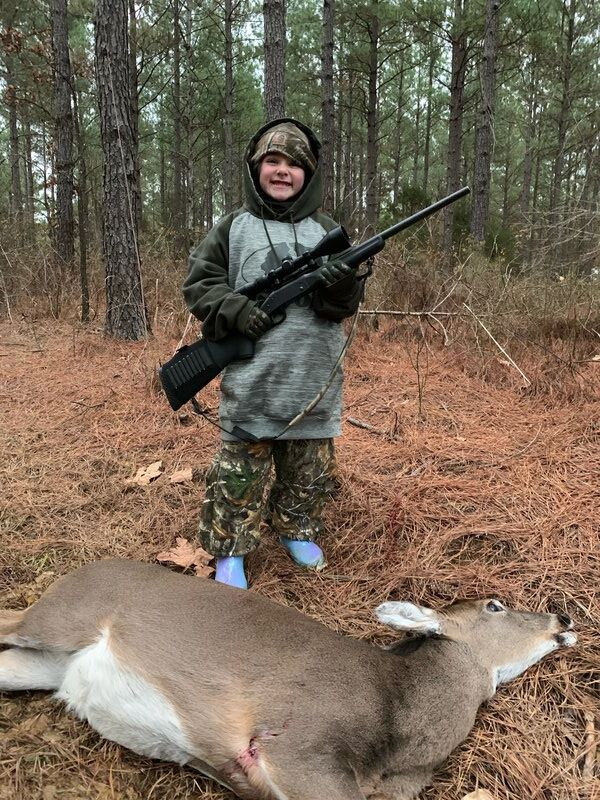 Matilyn Mattox, 7, is pictured after killing her first deer at the Cross Mountain Church youth hunt on Jan 2. Below, Matthew Mattox, 10, took his first deer a week after his sister, Matilyn, on private land. 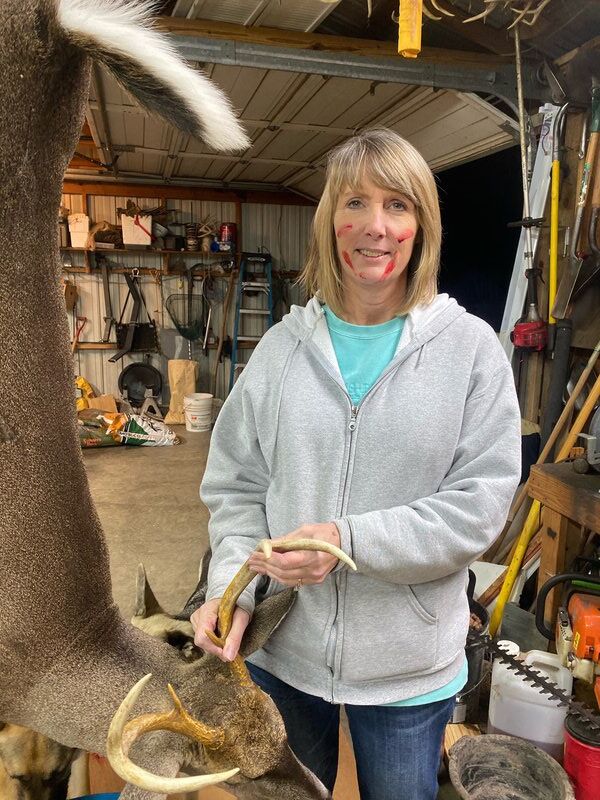 Cindy Giles killed her first deer, a nice buck, in Martin recently while hunting with her husband, Joe Giles. Joe asked if she needed to shoot a gun before they went, and she said as long as it’s sighted in she doesn't need to practice.

Matthew Mattox, 10, took his first deer a week after his sister, Matilyn, on private land.

Matilyn Mattox, 7, is pictured after killing her first deer at the Cross Mountain Church youth hunt on Jan 2. Below, Matthew Mattox, 10, took his first deer a week after his sister, Matilyn, on private land.

Cindy Giles killed her first deer, a nice buck, in Martin recently while hunting with her husband, Joe Giles. Joe asked if she needed to shoot a gun before they went, and she said as long as it’s sighted in she doesn't need to practice.

Deer hunting is the one sport in which people of all ages can participate with a chance to be successful. If you have a mentor, it doesn’t matter how young or old you are, you have a better than average chance at harvesting a deer. Many people never have the opportunity, but Matilyn Mattox, Matthew Mattox and Cindy Giles all had their opportunity this year, and all were successful at getting their first deer.

“First blood” is a term that deer hunters typically use when a hunter harvests their first deer and it’s a tradition that they get painted with some of that first blood. It’s kind of like getting war paint put on your face, except that it comes after the hunter’s first successful hunt. There’s just nothing much like the excitement and adrenalin rush that comes with killing a deer and supplying your family with scrumptious venison.

Matilyn Mattox had a burning desire to join the deer hunting fraternity this year, and she displayed a determination and desire rarely seen among young people these days. Mattox is 8 years old in the second grade, and the desire to harvest a buck almost became an obsession.

Matilyn’s obsession became a passion, and a friendly spirit of competition developed between her and her brother, 10-year-old Matthew Mattox. It was nip and tuck as to which one was going to shoot a deer first, and the competition we really heating up.

Back in early January, Matilyn joined her dad, Michael Mattox, at Cross Mountain Ministries, near Porterville, to participate in a youth hunt. Cross Mountain serves a wide variety of people, but they usually have hunts for disabled hunters and youth hunters as they look to make a positive difference in the world today.

“We attended the youth hunt at Cross Mountain, and Matilyn and me were joined by another member on the stand,” said Michael Mattox. “About 4 p.m. a deer came out, and Matilyn shot her with her .223 Handi Rifle. She was so excited that she could hardly contain herself.”

Matilyn just started hunting last year and went a lot this year before she finally got a shot at the youth hunt, so her anticipation was steadily building up.

“They had really been hunting around the house pretty hard but hadn’t been able to kill anything,” Mattox said. “They were really in a stiff competition over who was going to get one first, so when she finally got her deer Matthew was even more determined to get one.

“About a week after Matilyn’s first kill, Matthew went hunting with his PawPaw Tony Cowthorn near De Kalb and killed his first deer also. He dropped that deer in its tracks with a single shot from his .270 rifle.

“Doug and Melanie Stokes are some wonderful Godly people, and we’ve been blessed to have them in our lives. They provide all kinds of opportunities for people to get in the outdoors and to help others, too. It’s all about God and not about the hunt, though that’s a part of it. It’s about putting God and priorities first.”

Cindy Giles grew up watching her father harvest deer year after year. If you lived in the Collinsville or West Lauderdale area then you knew that Jerry Davis, “Zeke” as he was known by his friends, was an avid hunter who harvested more than his fair share.

Cindy’s husband Joe Giles told her about one of his friends who took his wife hunting recently, and she jumped at the chance to go.

“I figured if she could go then I could, too,” said Giles. “He asked me if I wanted to practice, and I asked him if the rifle was sighted in, so I told him that I didn’t need to practice.”

Joe Giles had spotted a nice buck and saw it on several occasions, so he took Cindy on her first deer hunt. It didn’t take long before she had an opportunity, and she nailed the buck with one shot from her 7mm-08 rifle.

Zeke would have been so proud of his firstborn daughter if he had been here to witness it.

If you think you are too old or too young to participate in the outdoors and deer hunting in particular, then think again. Imagine the possibilities, and you’ll be able to make a difference in the lives of others with a little help from your friends. If you don’t believe it, then check out Cross Mountain Ministries and see how you can get involved in their outdoors activities.