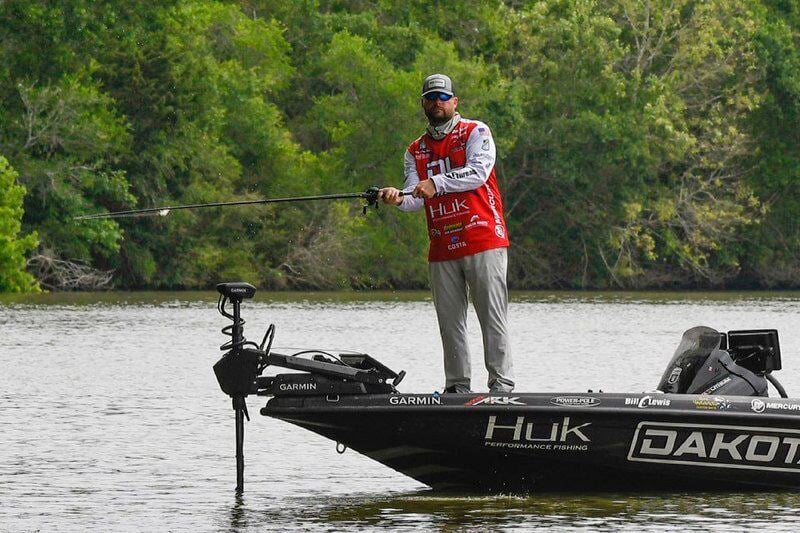 Brock Mosley casts his line while fishing the Lake Fork Reservoir in Texas earlier this year. 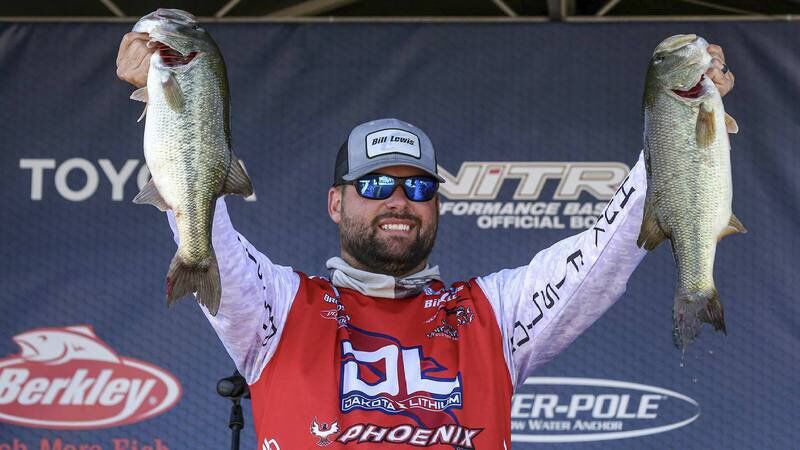 Brock Mosley has qualified for the 2021 Bassmaster Classic world championship this week at Lake Ray Roberts in Fort Worth, Texas with a $1 million purse and the coveted title of world champion on the line.

Brock Mosley casts his line while fishing the Lake Fork Reservoir in Texas earlier this year.

Brock Mosley has qualified for the 2021 Bassmaster Classic world championship this week at Lake Ray Roberts in Fort Worth, Texas with a $1 million purse and the coveted title of world champion on the line.

Brock Mosley cut his fishing teeth on Okatibbee Lake fishing with his father, Danny Mosley, and that experience ignited his passion for bass fishing and led to a professional career and a spot in this year’s Bassmaster Classic, which will take place this week on Lake Ray Roberts in Fort Worth, Texas.

Mosley qualified for the 2021 classic by finishing in fourth place in the Angler of the Year Race while fishing the Elite Series Tournaments, which includes the best anglers in the country.

While the classic was postponed until this week due to extreme weather conditions in Texas back in February, Mosley continued to fish at a high level in preparation for this classic and his quest to qualify for next year’s also, as this year’s tournament schedule remained on track.

Mosley started the year off fast with two top-two tournament finishes in March and April as he barely missed winning.

Mosley caught a limit of bass each day at the Guaranteed Rate Bassmaster Elite tournament March 20-23 at Pickwick Lake, for a total weight of 80-11 pounds and second place. Mosley’s final day charge was taken from a sixth-place position, and he didn’t disappoint by catching the day’s heaviest limit, a 22-14 pound creel that fell just a tad short of first place. He was one good bite away from winning it all.

Mosley faced extreme conditions but persevered through rising flood waters to unlock the keys to success as he finished with a strong showing. He committed to fishing river bluffs with a 5-inch swimbait, and that was good enough to make the final cut to sixth place. On the final day, the talented angler changed tactics and areas to start the day off with a 16-pound limit by 9 before going back to his primary area and locating enough quality bass to move up into second place, falling just short of the win.

Two weeks after the Pickwick Lake tournament, Mosley kept up his hot streak with another strong finish at the Dovetail Games Bassmaster Elite Tournament at the Sabine River near Orange, Texas. Mosley completed back-to-back tournaments in second place with 42.09 pounds, missing first by a scant 1 pound, 7 ounces.

Mosley fished docks, seawalls and overhangs with a ½-ounce chartreuse/white Z-Man JackHammer with a white Yamamoto Zako Trailer. While many anglers slowed down and flipped, Mosley’s pattern was to cover as much water as possible while keeping the bait in front of aggressive bass. Murphy took the lead after day one.

On day two, Mosley had a tough ride but added another limit of bass, which was good enough for second place, where he stayed the remainder of the tournament.

During the final round on Championship Sunday, Mosley changed tactics yet again, staying close to the launch area to maximize his fishing time. Mosley finished the tournament by casting a spinnerbait and flipping a Yamamoto Flappin’ Hog, which was good enough for second and another good payday.

Mosley left it all on the playing field (lake) and fought hard to the very end, leaving him with no regrets with another good showing. The contenders for the 2021 Academy Sports + Outdoors Bassmaster Classic will compete Friday-Sunday with a $1 million purse and the sport’s most coveted trophy on the line. Mosley hopes to follow in the footsteps of past Classic Champions from Mississippi, which include Paul Elias, Bob Hamilton and Cliff Pace.