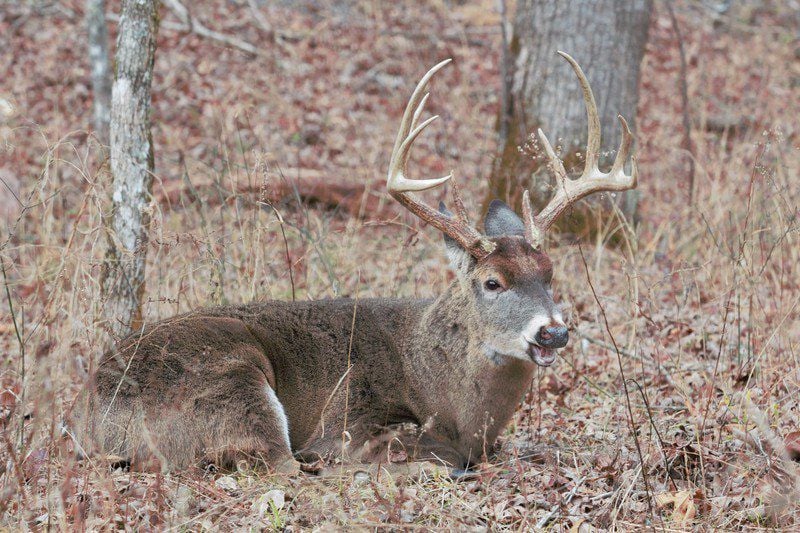 Bucks are in full rut mode this time of year but the occasionally have to rest a little. Mike Giles captured this buck taking a noontime siesta. 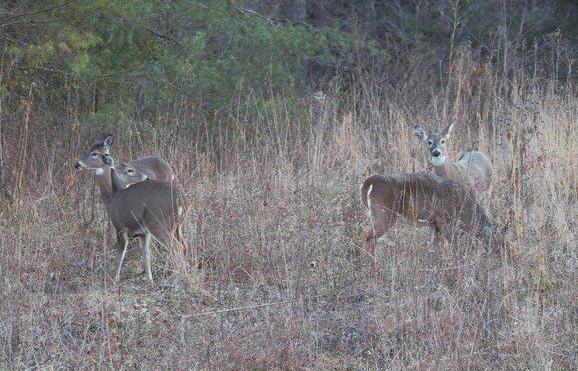 Find the does and you'll find the bucks during the late season rut here in Central and South Mississippi.

Paul Meek watched a buck prance through the woods with his nose to the ground trailing a hot doe. The buck never wavered and followed the trail smack dab to Meek’s crosshairs.

“Ka-Boom” roared Meeks gun as he dispatched yet another buck fooled by his scent trail.

Paul Meek, of Morton, began his hunting career during a time when there were few deer, and most were killed after they had been run by dogs. Hunters would look for a track and put the dogs on it and the hunt started. Many times, Meek and the veteran hunters spent more time hunting for the dogs than they did hunting deer.

“It took me awhile, but I finally figured out that I could see more deer and kill more by getting out in the woods away from everybody else,” Meek said. That’s when Meek began experimenting with scents and lure attractants.

“Back before we had game cameras I spent a lot of time in the woods just observing deer,” Meek said. “I’d dig a few holes in the ground and add different scents and over time I figured out what the does liked but more importantly what the bucks wanted.”

While scents such as persimmon, white oak and others were good during the early season, they’re less effective late in the year.

“This time of year, the bucks are in full rut mode and they’re searching for does,” Meek said. “This is the time of year when the bucks have one thing on their minds and it’s not eating, it’s breeding, so you need urine based scents as attractants.”

After much thought Meek let the dog hunters start early while he slept in, going to the woods mid-morning.

“I’d get to the woods at 9 or 10 and the deer would be moving, and I was steady killing deer and the old timers couldn’t figure out how I was doing that,” Meek said. And that was just the beginning of a long career of success for Meek as he made deer scents and turkey calls that have been proven by over 40 years of success.

“I like to hunt trails and scrape lines and doctor them up some,” Meek said. “I’ll put some doe in heat scent in their scrapes and make a new scrape and put some in there too. Then I’ll come back two to three days later and put some “Super Blend” scent in the scrapes and mess with the buck’s mind.”

“Now all of a sudden that buck thinks another bucks done moved in on him and he’s ready to fight. You set them up for rattling and grunting,” Meek said. “I’ve had them coming in with their hair standing straight up on their necks and they’re ready to fight, or mate and they might do both if they get the chance.”

Meek used another technique that was unheard of back in the day and one that is not used often today but is still deadly.

“I’ll make me a drag rag and put some of that doe in heat on it and drag it through the woods, around patches and straight to my stand,” Meek said. “I’ve had a lot of bucks follow that trail right up to bow or gun range, too.”

If you’re looking for an added edge you might try some of Paul Meek’s deer scents and buck lure, or similar scents. While almost all outdoor stores carry some type of scent, only a select few carry Paul Meek scents. They have been available locally at Tony’s Southern Sportsman. Call Paul Meek at 601-732-2211 or check him out online at www.paulmeek.com.