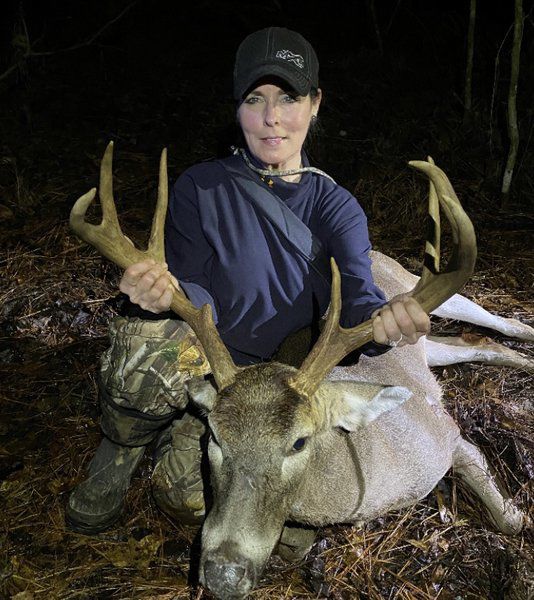 Sheila Ann Gordon received a Paul Meek Grunt call and pulled it out when nothing was happening. As a result Gordon called up and killed the largest buck of her career. 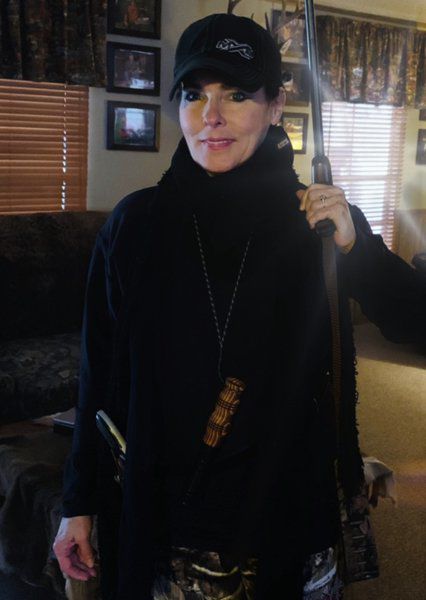 Sheila Ann Gordon with her Paul Meek grunt call just before heading out to her final day hunt. 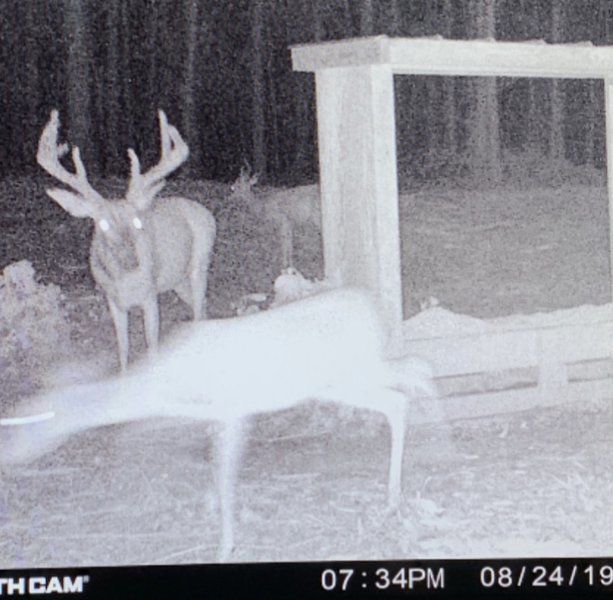 A game shot of the buck Sheila Ann Gordon tracked down.

Shelia Ann Gordon was excited to make one last hunt with the season winding down, but her excitement quickly faded as the weather didn’t want to cooperate. Fog had moved in and dampened her spirit just a tad.

“I got my new grunt call from Paul Meek and I blew it softly a couple times on my way into the stand about 3 p.m.,” Gordon said. “Paul made the grunt call for me and it sounded different from the others I’d tried before.”

As Gordon made her way to her stand on this day, which would be her final hunt of the year, she thought about her brother Joey whom she hunted with and shared many hunts with over his last few years on Earth.

“I always dedicate my final day hunt to my brother Joey” Gordon said. “He was on my mind as my hunt continued.”

Unfortunately the deer weren’t moving in the fog and Gordon could feel her chances fading away as the clock struck 5.

“My daughter texted me and asked if I’d seen anything,” Gordon said. “I told her no but I was about to lay down on this grunt call and see if I could stir something up.”

Gordon sent out a loud grunt and laid her phone down.

“I looked down the power line a few seconds after grunting on Paul Meek’s call and saw a big buck about 140 yards away coming toward me,” Gordon said. “The buck was in the middle quartering to me and coming hard.”

Gordon wasted no time in getting the crosshairs on the buck as she raised her rifle and waited for her opportunity.

“He finally turned slightly, offering a good shot and I squeezed the trigger,” she said. “I saw him mule kick and then run into the woods. I waited an hour and got down and went to the shot site when my husband, Ken, got there, and we saw where he’d kicked the dirt up but didn’t find any blood or hair.”

Gordon and her hunting companions decided to go back to camp and wait a while longer before trailing him as we didn’t want to jump him up if he was still alive.

“We finally went back in and my dog struck on him a couple times, but we were afraid to turn him loose because he was young and the buck was pretty big with a large rack,” Gordon said. “We finally did a grid search and found him about 85 to 90 yards in the thick woods where he’d ran after I shot him.”

Gordon was shooting a Browning 7mm-08 rifle with a 140 grain Hornady bullet and it really did a number on the buck.

“The bullet did its job on the buck and tore him up inside, but we didn’t see a drop of blood on the ground,” Gordon said. “After we found him, we saw where it had broken him down and he just pushed himself across the ground until he finally died.”

The 185-pound trophy buck was the best buck of Gordon’s lifetime and it sported 8 long tines with 25-inch main beams and a 19 ½-inch spread.

Although she said the buck didn’t appear to be rutting, he likely fell victim to his own natural breeding instincts.

“It was amazing, it all happened so fast after I got down on Paul Meek’s grunt call and that buck just couldn’t stand it and came running towards me looking for that hot doe,” Gordon said. “The buck had been in the area since August, but nobody had seen him except on game camera pictures and they were few and far between.”

One call from Paul’s grunt call enticed that trophy buck into Shelia Ann Gordon’s sights and she laid the hammer down on him on her last hunt of the year. It just can’t get any better than that!