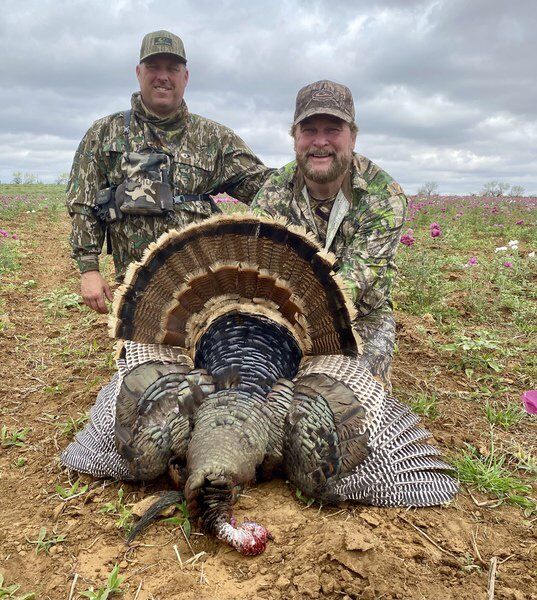 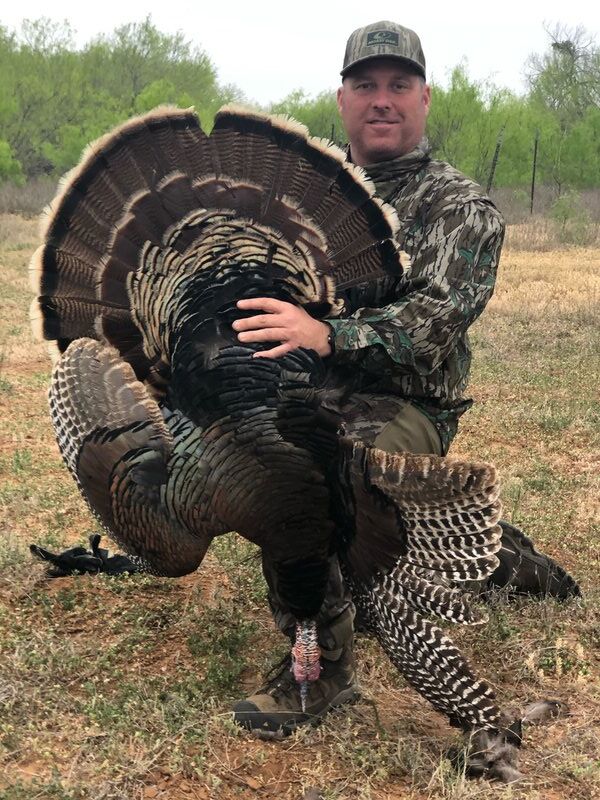 Mike Giles and Justin Jackson, pictured here with another turkey he took, harvested several gobblers and enjoyed a new friendship that led to a lifetime hunting experience.

Mike Giles and Justin Jackson, pictured here with another turkey he took, harvested several gobblers and enjoyed a new friendship that led to a lifetime hunting experience.

Have you bagged that Thanksgiving bird yet? That was the question I got just before the fall hunting season. Of course, I’d already gotten my Thanksgiving gobbler back in May while hunting with Justin Jackson in Southwest Texas.

Sadly, there is no fall turkey season for most of us here in Mississippi, and for good reason. All of the hungry country boys and gals are already bad enough on them during the spring mating season. I’m sure we would have few left if you declared open season on gobblers and hens during the fall, too.

I met Justin Jackson near Houston, and we loaded up and headed to Dilley, Texas, for a few days of Texas hospitality. Jackson is a lifelong turkey hunter who has harvested 20 Turkey Grand Slams in his life, and that’s no small accomplishment. He cut his turkey-hunting teeth in the Hill Country of South Texas, and it prepared him well for his turkey-hunting passion and led to a fine turkey calling and hunting career.

Arriving at our hunting location, we hurriedly put on our turkey packs and gear and struck a trail towards the oil fields. We stopped at one oil pumping station just long enough to snap a few pictures and headed deeper into the mesquite covered brush.

Jackson would stop every so often and cut on his crystal slate or mouth call, and then we’d move on. We’d just stopped again when he hit it a lick pretty good.

“Yelp, yelp, yelp!” sounded off Jackson as he cut up and shocked the old gobbler into a lusty response.

“Gobble, obble, obble!” sounded the wise old gobbler who was looking for love. We quickly set up and got ready. Ten to 15 minutes passed with nary another gobble when Jackson hit a good lick again.

“Gobble, obble, obble!” screamed the old longbeard almost enraged and beside himself now that he had enticed the hen into trading love notes. The smart Tom had circled our position and was coming in from the west, or my left. Justin spotted them first and whispered, “10 o’clock, they’re coming in at 10 o’clock!”

I moved my body slowly until I was pointing in that direction while trying to catch a glimpse of the old gobbler. I finally caught sight of him coming around a downed treetop, so I eased my shotgun bead until I had it on his head and kept it there. I was waiting for the other birds to appear when he cleared the top into the opening and stared towards Jackson.

“Gobble, obble,” roared the old warrior as he looked for “his hen.” The bird ran his neck way out looking our direction with eyes blazing.

“Boom!” Roared my 12-gauge Benelli Vinci as the gobbler collapsed in a heap and fell into the tall grass, out of sight.

The thrill of the experience was unlike any I’ve ever had as we were on pins and needles for several minutes wondering where he was going to show up and if we would have a shot. The beautiful turkey with the iridescent colored feathers almost sparkled. The Rio Grande gobbler is the most beautiful gobbler I’ve ever hunted, and they are surely a challenge with their keen eyesight and depth perception. They can nail your position from hundreds of yards away with their eyes or ears.

After a quick walk back to the truck, we went to another spot and walked about a half mile before setting up and calling. We moved several times, both trying to strike up another bird and finally got one to respond.

This bird was much tougher, but Jackson went to work on him, too. The bird had come within 100 yards of us after an hour and half and was slowly moving our way when somebody came overhead in a helicopter buzzing the treetops and spooked the gobbler. After letting things settle down, Jackson sent out a few sweet love notes and struck him up again.

I finally saw Jackson raise his gun and aim for what seemed like an eternity before he pulled the trigger.

“Ka-Boom!” roared his shotgun, and the turkey went into a Thanksgiving Turkey flop. We’d had a long day but had both experienced the hunt of a lifetime while harvesting our Thanksgiving birds. It just doesn't get much better than that. We harvested several gobblers and enjoyed a new friendship that led to a lifetime hunting experience.

I’m thankful for the opportunity to live in the land of the free and to be able to experience challenging hunts in the woods and on the waters with an opportunity to harvest fish and game. Thank God for providing our forefathers with the guidance, wisdom and strength to follow their dreams of making the United States an independent country for freedom-loving peoples of all races. God Bless America.