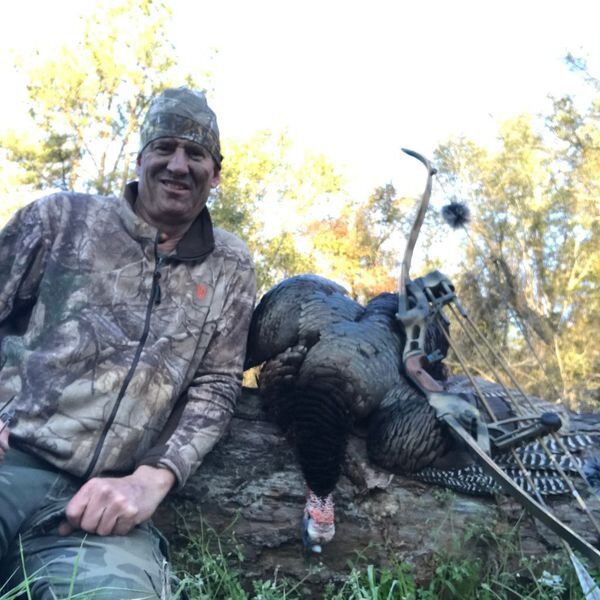 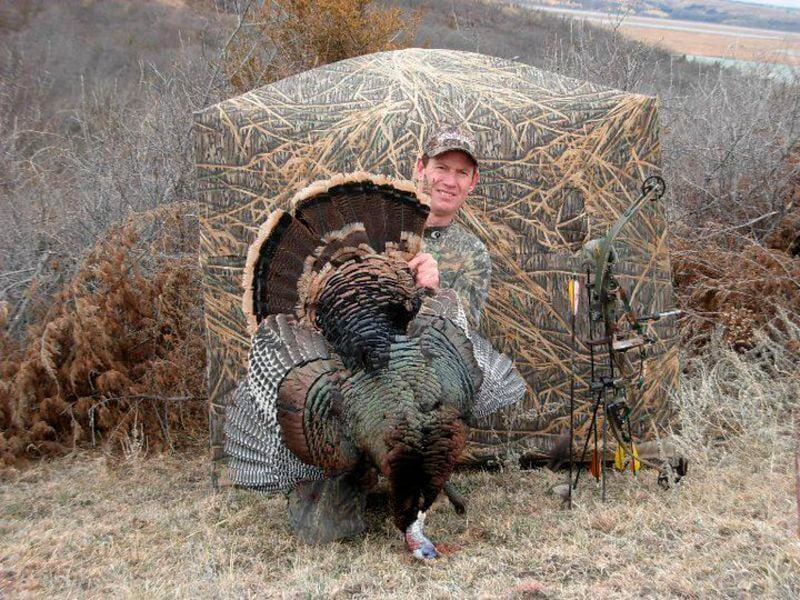 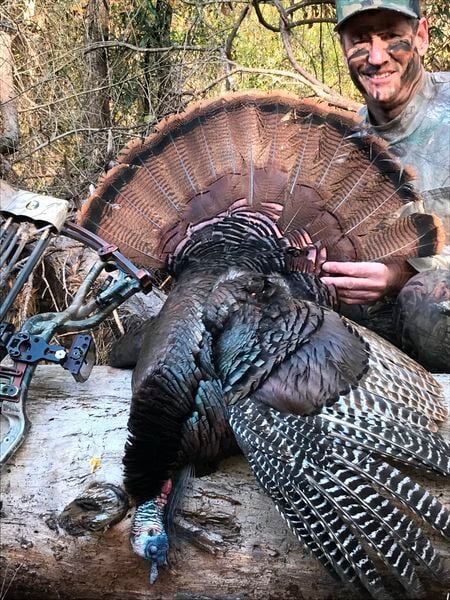 Steve Grace positioned himself at the edge of a field and called to an old gobbler who was now heading his way. Tension built up inside of Grace with adrenalin flowing and nerves on edge as the gobbler strutted towards him.

Grace had become a master turkey hunter with a shotgun, but this was the first season he’d hunted turkeys with a bow, and getting a gobbler into bow range without the aid of a blind was almost impossible.

“It was a really windy that day, and the movement of the trees and brush allowed me to get away with moving more than I normally could,” Steve Grace said. “I was able to get in position and able to get where he wanted to be, and that was a key thing.”

Grace sent out a few sweet love notes to entice the gobbler just a bit closer. As the gobbler approached the kill zone, Grace drew his bow back and let the arrow fly.

“Thwack!” The broadhead smacked the gobbler, and Grace had achieved a milestone in turkey hunting that forever changed his life as that gobbler marked the end of hunting with a shotgun and the beginning of a new bowhunting-only pursuit.

“I heard one of our Olympians say that if you want to be good at something, then just do one thing and master that,” Grace said. “I had already been harvesting deer with a bow, and I was pretty good at that, but killing a gobbler with a bow while hunting turkeys the traditional way is the ultimate challenge to me. It is not easy to pull off, especially while hunting public land or pressured gobblers.”

After harvesting that first bird, Grace learned by trial and error, and hunting gobblers in the woods the traditional way eventually led to a new style of hunting for him.

“When you are in the woods, it is super difficult to call up and shoot a gobbler with a bow because it’s hard to pull that bow back with a sharp bird so close,” said Grace. “So I planted a field of chufa and built a shoot house and killed several birds out of that. I was surprised how fast the turkeys got used to the shoot house, so I thought I might be able to build a lightweight blind to move wherever the birds were in the woods. This was back in the day when nobody made or sold portable blinds commercially, so it was trial and error at first.”

According to Grace If you want to consistently harvest gobblers then you must have three things to hunt and consistently kill gobblers with a bow: a lightweight portable blind, realistic decoys and mechanical broadheads.

After his success with the shoot house hunting, Grace designed a blind to use with PVC pipes, and his mother sewed the blind together. It was primitive by today’s standards, but he harvested birds and eventually made a lightweight portable blind that weighed 10 pounds and enabled him to move swiftly and set up on roosted birds or gobbling toms no matter where they were.

“Today I hunt turkeys like you do with a gun and move as needed,” Grace said. “Hunters can purchase a lightweight blind, good decoys and mechanical broadheads and be successful at hunting and harvesting birds.

“During the early season you need a good decoy, specifically a realistic gobbler decoy. I use an inflatable strutter because it will move with just a little breeze, and that is especially important. A stationary decoy that is still in the woods is hard for a bird to see if it doesn’t move, so movement is a big key. If you set it up correctly and it moves a bit, that will draw them on in as they are ready to whip any gobblers that may come into their domain looking for hens.”

“If you set up in the wrong place, you are not going to kill anything,” Grace said. “You need to check out the spot first and see if you can learn where they like to go and then set up there.

“If I know where a roosted bird is, I’ll get about 80 yards from the roost before daybreak and set up the blind with the decoy about 7 yards away from my blind. I’ll wait until he’s about ready to fly down and then give him one series of yelps to let him know where I’m at.”

Sometimes that’s all it takes to entice a bird off the roost and get him headed your way. Carpe’ Diem!