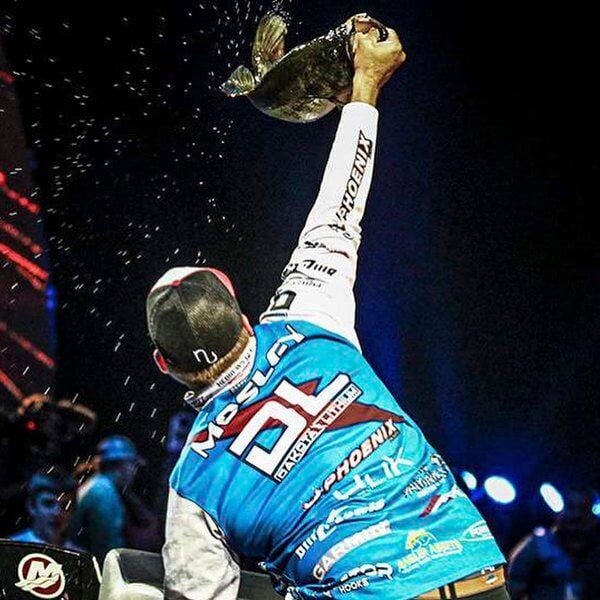 Mosley displays the 6-pound, 8-ounce lunker that earned the title of Berkley Big Fish of the day. 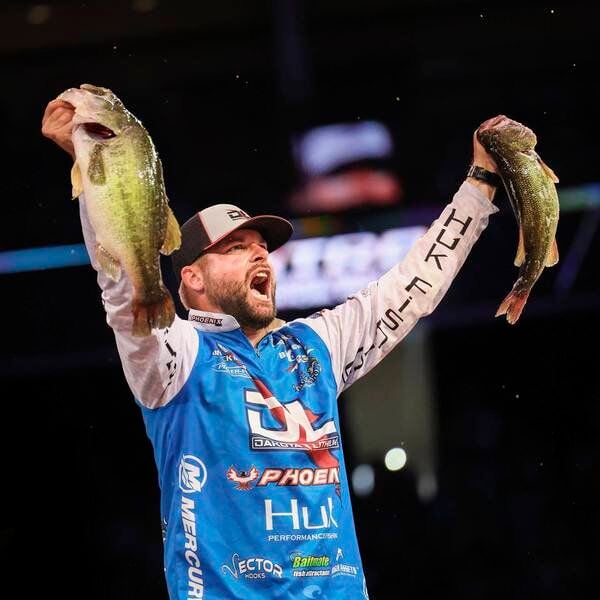 At the final day weigh-in of the Bassmaster Classic, Mosley caught the Berkley Big Fish of the day, which weighed 6 pounds, 8 ounces, and a limit of bass total weight of 19 pounds, 1 ounce, which vaulted him into fifth place. 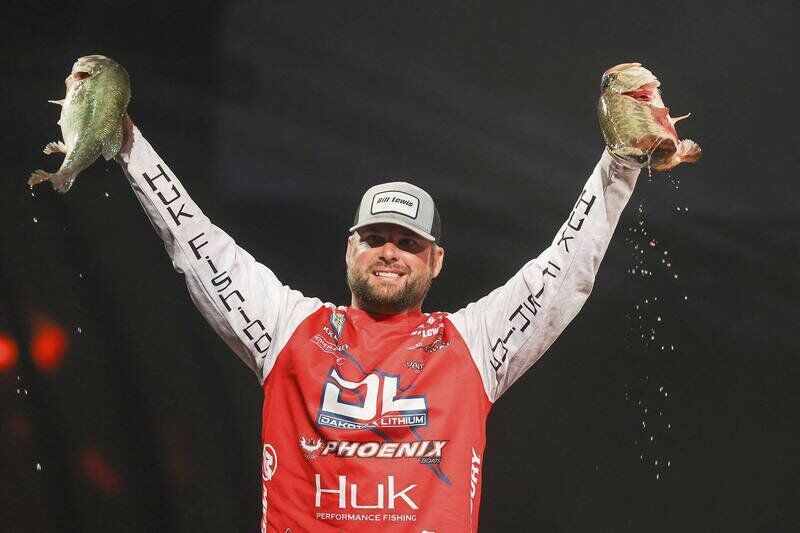 Collinsville's Brock Mosley displays two of the bass at the weigh-in that moved him from 41st place to 16th, making the cut to championship Sunday.

Mosley displays the 6-pound, 8-ounce lunker that earned the title of Berkley Big Fish of the day.

At the final day weigh-in of the Bassmaster Classic, Mosley caught the Berkley Big Fish of the day, which weighed 6 pounds, 8 ounces, and a limit of bass total weight of 19 pounds, 1 ounce, which vaulted him into fifth place.

Collinsville's Brock Mosley displays two of the bass at the weigh-in that moved him from 41st place to 16th, making the cut to championship Sunday.

Brock Mosley rolled into the 2021 Bassmaster Classic with high expectations thanks to a hot streak, during which he had several top finishes on the Elite Tour, including two secoond-place finishes.

The Collinsville resident was greeted with floodwaters some 4 to 5 feet higher than normal on Lake Roberts the day before competition began. To make matters worse, the water rose high and fast just prior to the classic starting, making it tough at best as many of the fish scattered.

The first day of the classic made it all the more difficult for the anglers as they were greeted with 20- to 25-mph winds virtually wiping out many anglers’ open water spots, forcing many to go with a back up plan if they had one. While Mosley was fishing his second-consecutive Bassmaster Classic, the conditions made it challenging for him as well. He fought the wind and weather to the bitter end of the tournament’s first day, coaxing four bass into the boat that weighed in at 8 pounds, 10 ounces, leaving him in 41st place, a long way off from where he wanted to be after the first day.

If there’s one thing we’ve learned about Mosley, it’s that he doesn’t give up or quit after a bad day. The mark of a champion is that they don’t know the word quit, and they make adjustments no matter the weather, lake conditions or how high the odds are stacked against them.

Day two was the cut day, and only 25 anglers would make the cut to fish on championship day, when all of the big money and national recognition would be on the line. Hopes of making the top 25 cut would be slim, and none for most anglers who were sitting in 41st place after day one. The mental part of the sport is the toughest and most difficult on anyone knowing that the championship was now all but out of reach.

Mosley showed his mettle on the second day when everything was on the line, however, with another tenacious effort on the water. He worked hard and came up one fish short of a limit for a second day, but he located and caught four quality fish which tipped the scales at 14 pounds, 5 ounces. When the smoke had cleared and all the weights were recorded, Mosley moved into 16th place, making the cut against all odds.

Mosley started the final day like a true champion as he made the right decisions and got the bites he needed early. The icing on the cake was his big bass of the day, a 6-pound, 8-ounce lunker that was the biggest of any caught on the final day, which earned him the title of Berkeley Big Bass.

While he can only think about what might have been had he had a better opening round or put just one more bass in the boat on day one and day two of the tournament, Mosley can take solace in the fact that he came roaring back from an unprecedented 41st-place start to a fifth place finish, only two good fish from the championship.

Mosley finished up championship day with a five-fish limit of bass weighing 19 pounds, 1 ounce, moving him up to fifth place, an impressive showing after a slow start. He caught 13 bass over three days for a total weight of 42 pounds, which was enough to win $25,000 and earn the respect of bass anglers and fishing fans across the country.