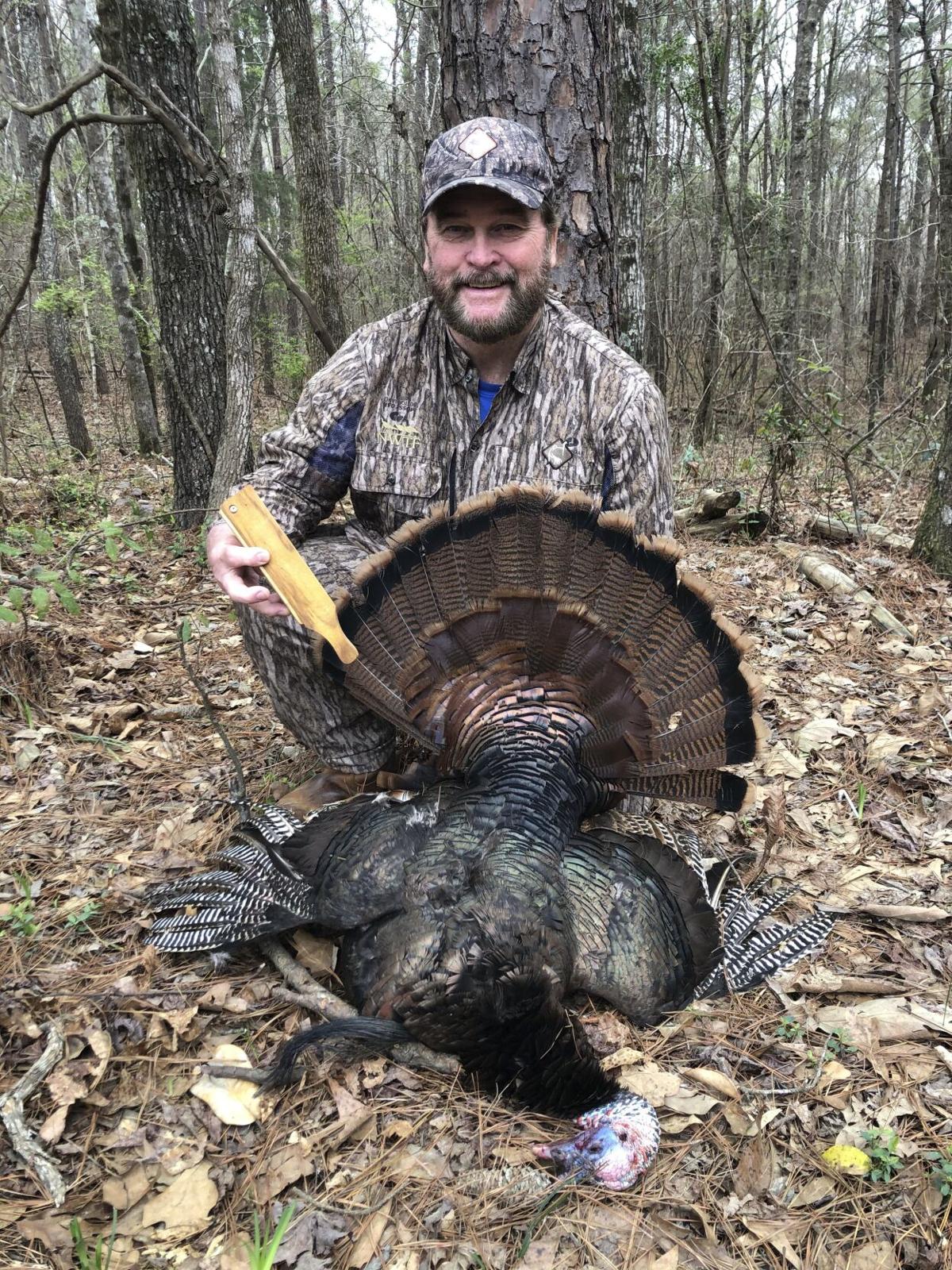 Mike Giles called up this old turkey estimated at 5 years old recently with a little deception and the help of his Paul Meek turkey call. 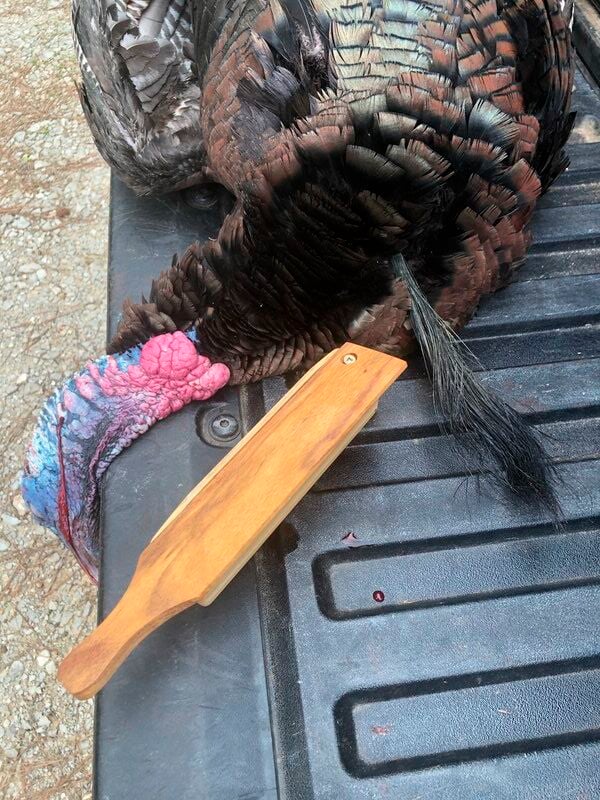 When Giles turned and started calling and moving away from this turkey, he couldn't stand it and came running.

Mike Giles called up this old turkey estimated at 5 years old recently with a little deception and the help of his Paul Meek turkey call.

When Giles turned and started calling and moving away from this turkey, he couldn't stand it and came running.

Standing in an old logging trail in the pre-dawn darkness, my senses were on high alert as the sweet smell of fresh blossoms permeated the night air. I’d never been in this section of woods before, but I knew that there were gobblers in the area if I could get one to sound off.

“Gobble, obble, obble” thundered an old gobbler as he screamed his morning wake up call as a warning to all Toms but an invitation to any available hen.

The turkey gobbled continuously from the roost for about 25 minutes before flying down and heading to a hilltop, where he commenced to gobbling at trains whistles, distant gun shots and anything that struck his fancy. I hit a few sweet sultry notes on my Paul Meek box call, and he pierced the early morning stillness with another thunderous gobble.

Moving now the gobbler took a path back toward the swamp bottom parallel to my position, and he actually bypassed me. When he did, I hit the Paul Meek box call again, and he double gobbled and made a U-turn toward me. The gobbler raced back in my direction, stopping just over the crest of the ridgetop in another logging trail that ended right in front of me.

I pulled out my scratch box call and purred and clucked to the Tom and let him know that a lovesick hen was ready, willing and able for some early morning courtship.

As the gobbler approached the crest of the road, I steadied my aim with my shotgun on my knee, peering down the sights.

Thirty minutes later I was about worn out and let the bird walk off, and I breathed a sigh of relief as he gobbled further down the hollow.

It was time to make a move, and I quickly gathered my gear and walked about 80 yards toward the hilltop from which he’d just come and yelped on Paul Meek’s box. I could barely make out his gobble in response.

Walking another 100 yards, I stopped and called again, and he answered me yet again.

But would he come back to me, or was he henned up?

I knew he was still interested but didn’t know what would happen. I moved another 75 yards and set up in front of a massive pine tree and called one more time for good measure and added enticement.

Gobble, obble, came a thundering response just at the crest of the hill now.

They’re coming now, I thought to myself as I got the gun to my shoulder while resting the stock on my knee. I’d barely got ready when two gobblers ran into view simultaneously. As the second one stopped in front of me about 30 yards out, he puffed up in full strut, and I squeezed the trigger.

“Ka-Boom!” roared my 12 Gauge Benelli Turkey gun, and the gobbler hit the ground instantly and began his death flop.

By now my adrenalin was pumping through my body, and I could hardly stand the excitement as I watched him breathe his last. There’s nothing so exciting as calling in a wild animal or bird and beating them at their own game.

Though the gobblers are passing on their genes through their young offspring, they’re in a battle for their lives every day as hunters try to “fool” them with sweet, seductive come-hither talk. Most of the time the gobblers win, but if the hunter wins the gobbler has met his match and passed on his destiny to the next generation.

For now he will provide many succulent meals for my family and provide sustenance unrivaled by processed food. It is truly a blessing to be able to hunt and challenge an old gobbler and then beat him at his game and take him home in triumph.

The very day he met his maker, my bride, Kathy, fried up some scrumptious turkey nuggets to go with brown gravy, biscuits and cream potatoes. There’s nothing quite like a country cooked meal of fresh fried turkey and all the fixings. I’m thankful to live in such a place as this and to have one of the best cooks in the world ready, willing and able to whip up her magic touch! Carpe’ Diem.