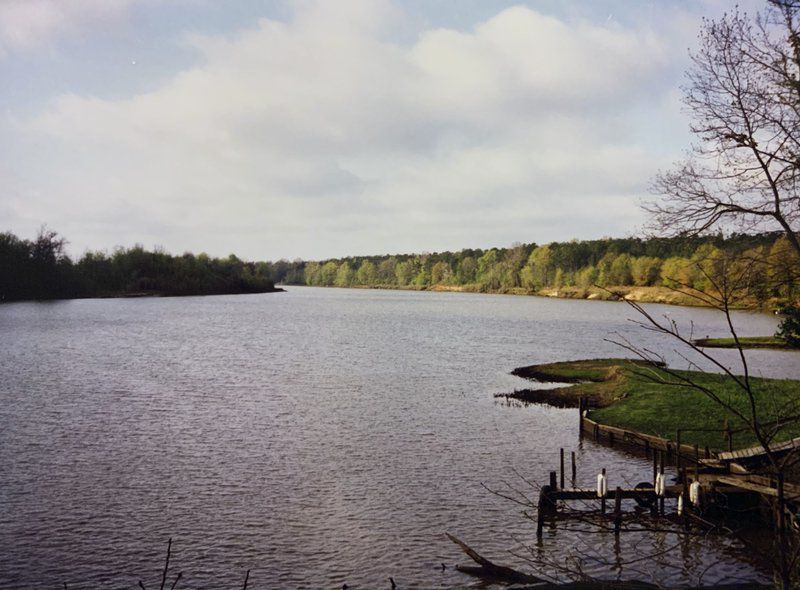 The view of one side of the horseshoe bend from our camp on the Tenn-Tom Waterway at Cook’s Bend in Alabama. The tip of the island sits on the left side of the picture. It was a special place and as near an outdoor “Shangri-la” as I have ever experienced. 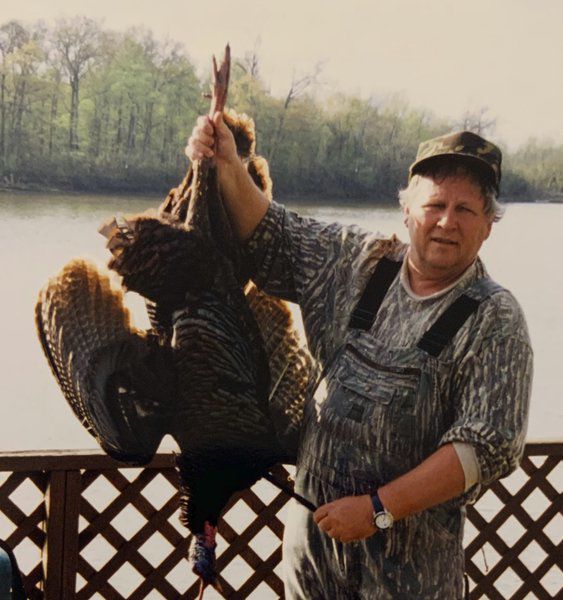 Billy “Pop” Hull with one of the many trophy gobblers we harvested on the island across from our family camp at Cook’s Bend. The island serves as the backdrop for this photo. From the deck where this picture was taken you could often hear gobblers on the roost both morning and evening. 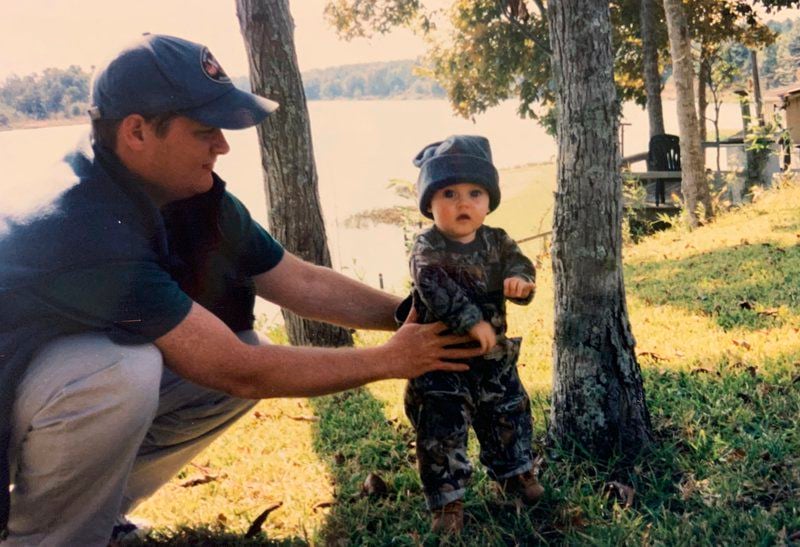 Weekends at the Hull Camp at Cook’s Bend were family events. Here I am with my daughter, Tate, in the backyard at the camp. Clearly, she was outfitted and ready for the next outdoor adventure that awaited us on the Tenn-Tom! 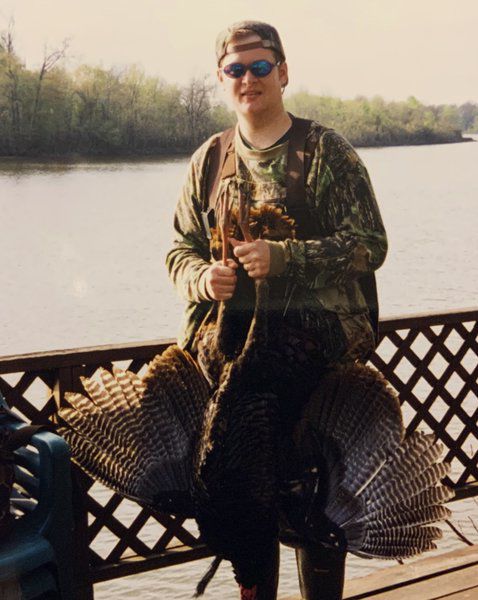 A trophy longbeard that we harvested on the island across from our hunting and fishing camp at Cook’s Bend on the Tennessee-Tombigbee Waterway in Alabama. Hunting in those hardwoods was like going back in time. I treasure the many special outdoor memories that occurred there.

For several years, my father-in-law held the hunting rights to an island on the Tennessee-Tombigbee Waterway in Alabama. The island was located just across the river from our camp house at Cook’s Bend and it was as near a “Shangri-la” for deer, turkey, duck, and squirrel as I have ever experienced.

To say it was loaded would be an understatement and to describe our hunting and fishing adventures there as epic would fail to do them justice. I harvested my first deer, both with a gun and with a bow, on that island.

Since access to the island was via boat, there were no ATVs and, consequently, no ATV trails. I think that was another characteristic that gave the place such a special aura. When you were there you felt like you had stepped back in time. All comings and goings were via the well-established game trails that crisscrossed the island.

The old river channel made a horseshoe bend across from the camp sites, which would have made barge traffic an impossibility. Thus, when the Tenn-Tom channel was cut, the island was formed. At some point long ago, before the channel was cut, there had been inhabitants there. However, the only sign that remained was the pipe of an old artesian well adjacent to a cypress-encircled lake which lay almost at the center of the island.

I always loved hunting near enough to the well to hear the constant flow of water escaping the pipe via a rusted out hole near its top. The runoff from the well fed into the crystal clear waters of the cypress lake which were loaded with crappie and bass.

The lake was a magnet for wildlife, which I always thought odd since there was water in every direction. Perhaps the secluded nature of the inland lake provided a sense of security away from the ongoing barge and boat traffic. Year in and year out, turkeys roosted in the cypress boughs above the lake and both ends served as a travel corridor for deer.

Conservatively, I would guess there were less than 50 pine trees across the entire land mass, which further made it unique. The abundant browse created by the old growth oaks and other hardwoods helped attract and hold a significant deer population. It always felt special walking in those old trees.

The thick canebrakes along the island’s shores and sprinkled throughout made it, without a doubt, the easiest place to get “turned around” that I had or have ever hunted, especially at night while dragging a deer out or while making your way to your stand in the early darkness of morning. Add to this the fog that often hung over the land until mid-morning and you had yourself a challenging early pre-dawn walk.

At some point after getting turned around on a few of those early morning trips, I discovered “Bright Eyes” reflective trail markers and I have used them ever since. Hitting those with the beam of a headlamp made the early morning trek through the fog easy and provided me with much more confidence that I could find my stand before mid-morning!

Aside from the deer hunting “firsts” I mentioned earlier, I also harvested my first turkey on that island. We had many epic battles with the ever-elusive wild turkey in those hardwood flats and cypress sloughs. In fact, we hunted one turkey for three consecutive seasons before we finally bested him.

We named him “Old Tomato Head” based on the fiery red head he always displayed while walking by just out of range of any of our shotguns. Fittingly, Pop and I finally closed the deal on him one morning near his roost tree in the shadows of the large cypress trees that surrounded the lake. I vividly remember each battle with this worthy adversary.

Potentially the only thing that could overshadow the cast of critters we pursued there would be the cast of characters that inhabited the camps at Cook’s Bend! I will not reveal names so as not to incriminate myself in any of the monumental escapades that went down there. However, if you were ever there, you know exactly what I am talking about!

At some point, we lost the hunting rights to the island to a group out of Tuscaloosa and we made the decision to start hunting our family land just outside Louisville in Winston County. My father-in-law eventually sold the fishing camp, but he always regretted that decision. He loved that place. We all did, as so many wonderful outdoor events happened there for each of us.

If I ever find Aladdin’s lamp and get those three wishes, I would have both my father-in-law and the island back again. I’ll have to think on that third wish. Until then, I look forward to seeing you out there in our great outdoors!

PACHUTA [ndash] Arrangements were incomplete at Berry and Gardner Funeral Home for Mr. Dempsey Bender, 66, of Pachuta, Miss., who died Friday, Feb. 7, 2020, at his residence.

ENTERPRISE [ndash] Services: Saturday, Feb. 22, 2020, at 2:30 p.m., at New Fellowship Baptist Church, Enterprise. Burial will follow in the church cemetery with arrangements entrusted to Berry and Gardner Funeral Home. Visitation one hour prior to services.