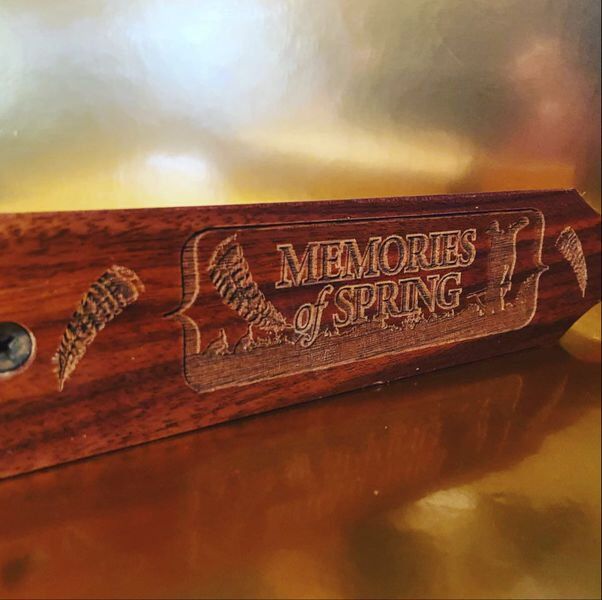 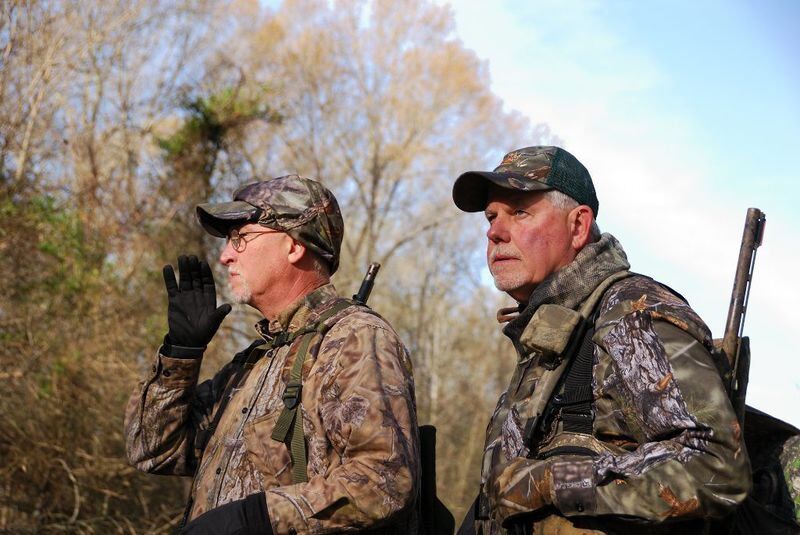 Five-time world turkey calling champion Preston Pittman and legend of the turkey world Ron Jolly have teamed up to make a limited edition turkey call in honor of Jolly's award-winning book "Memories of Spring," which chronicled the birth and evolution of the modern-day turkey hunting movement and turkey hunting industry through stories about turkey hunting and the passionate people who pursued them.

Five-time world turkey calling champion Preston Pittman and legend of the turkey world Ron Jolly have teamed up to make a limited edition turkey call in honor of Jolly's award-winning book "Memories of Spring," which chronicled the birth and evolution of the modern-day turkey hunting movement and turkey hunting industry through stories about turkey hunting and the passionate people who pursued them.

Ron Jolly is a part of turkey hunting royalty, and he was recently inducted into the National Wild Turkey Federation Grand National Calling Championships Hall of Fame.

Jolly, originally from St. Joseph, Louisiana, and now residing in Tuskegee, Alabama, was very instrumental in the birth of the modern-day turkey hunting movement and played a large part in what became an almost unparalleled growth in the industry and sport of turkey hunting, call making and calling contests.

Beginning in 1987, Jolly produced over 30 feature videos and numerous instructional videos for companies such as Primos Hunting, Woods Wise, Quest and Ol’ Man Tree stands. He would also serve as executive producer and creator of "Outdoor Alabama" television show. Jolly would go on to become an accomplished, award-winning outdoor writer whose work has appeared in “Turkey Country,” “Gamekeepers,” “Turkey and Turkey Hunting” and numerous other publications.

More recently, Jolly published an award-winning book that chronicled a lifetime of chasing, hunting and videoing turkeys and all aspects of turkey hunting, including writing about the hunts, challenges and his love for the wild turkey and the people who pursue them.

The book was easy to read and featured a veritable history of the modern-day turkey hunting movement through the stories of Jolly’s birth into turkey hunting at a very young age while accompanying his dad on many hunts before he could even tote a gun.

Jolly made many cherished memories with his father and his hunting companions back in those days, and he learned a lot about life from his father, a farmer and veritable country philosopher and avid turkey man back in the day when there were very few of those men.

His dad would sometimes call in a wary old gobbler after many battles and let them walk after besting them. He didn’t believe you had to kill every gobbler to make it a special hunt.

Later on, Jolly met and married another legend of the outdoors world, Tes Randle, and together they blazed a trail across the country and have continued to be an inspiration to outdoors people all around the world.

In honor of his many achievements, as well as his award-winning turkey book “Memories of Spring,” Ron’s wife, Tes Jolly, and his sister collaborated with World Champion Turkey Calling Champ Preston Pittman in making a special, one-of-a-kind commemorative turkey call.

While he was bestowed with the gift at his Hall of Fame induction, a friend encouraged him to produce a limited-edition commemorative turkey call like the one that Pittman had custom made for him.

“The man was so set on getting me to produce the calls that he gave me a $120 check just in case I ever made a few of the calls,” said Ron Jolly. “That started the wheels to turning, and Preston and I decided to do it.”

They are working on the calls in West Point as this is being written, and they will make 200 of the limited-edition calls, and each of them will tune and sign every call. I put my order in the first time I heard about the possibility of a call even before it became a reality. The dream is about to become a reality, and if you want to own a piece of history, call Ron or Tes and they’ll take your order and help you enjoy a piece of history. If you don’t have a copy of “Memories of Spring” yet, you can get that at the same time.