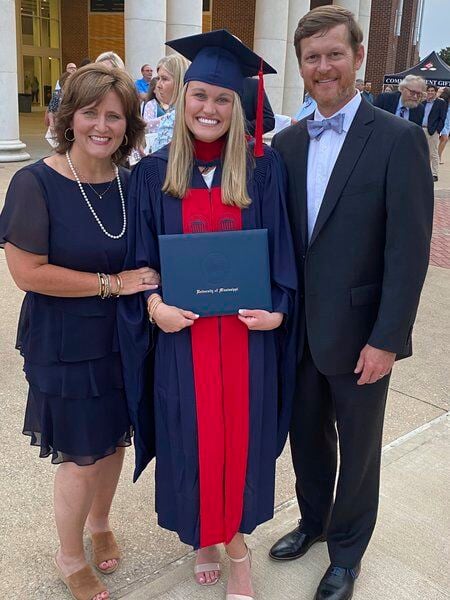 As a parent, you always want what is best for your children, but the reality of letting go is difficult. Several years ago, when Tate left home to attend the University of Alabama, I wrote a story for The Star titled “Leaving the Nest” that compared the situation we were facing as parents to that of a wild turkey hen raising her poults. Now, as Tate prepares to “spread her wings” to take flight out into “the real world,” I find myself once again riding an emotional rollercoaster. I’m glad Murphy and crew are here to help me through the hard times! 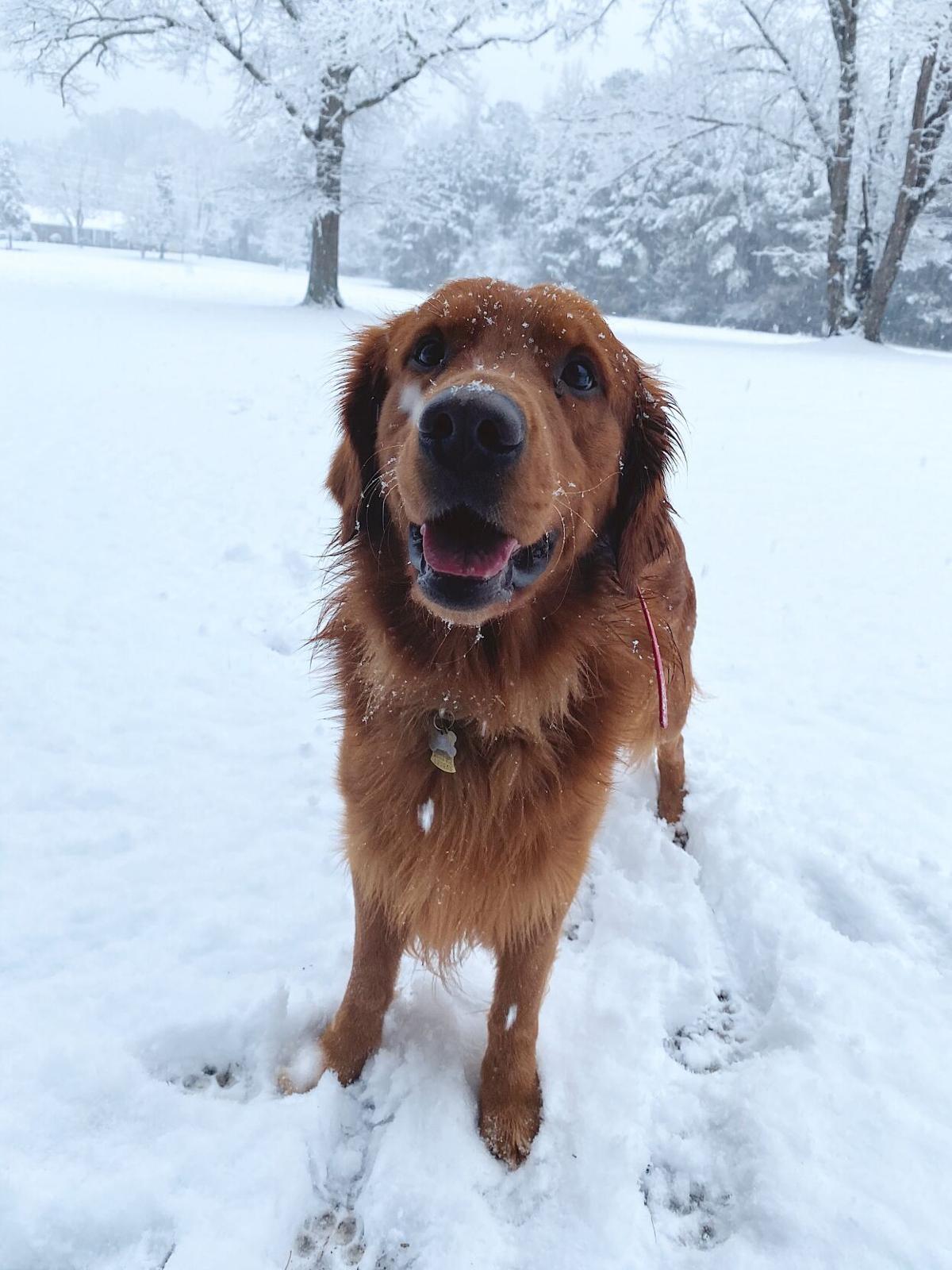 This photo of Murphy at the farm during the snow and ice earlier this year is calendar worthy. He certainly is a handsome fellow, and his disposition matches his appearance. As I said, Murphy meets (and exceeds) the characteristics of a stereotypical golden retriever. 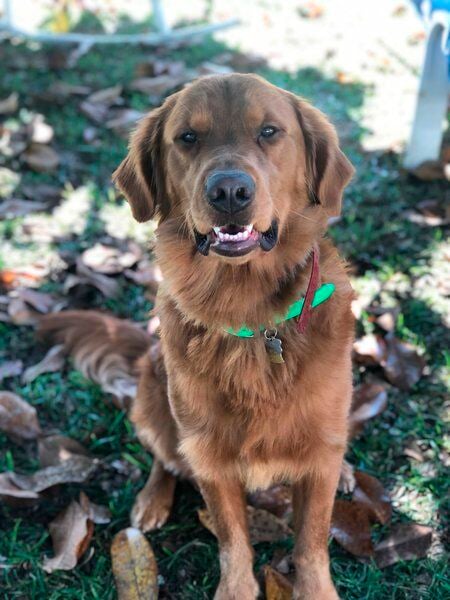 Years ago, Gena and I were hiking at Oak Mountain State Park in Alabama, and we ran into a family with a giant, handsome male golden retriever. I told G then that one day I would have a big male “block head” golden. Murphy brought that dream to fruition. 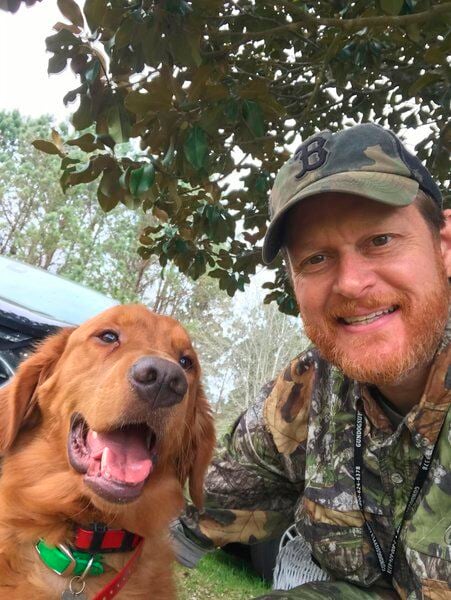 He is always there for me in good times and bad. In this instance, we were celebrating a successful turkey hunt, and I swear that Murphy the golden retriever is smiling along with me.

“You just call out my name

And you know, wherever I am

To see you again”

-Carole King, “You’ve Got a Friend”

Last week was one of those difficult weeks in the life of a parent. I found myself vacillating between tears and joy, and in the midst of it, I found comfort staring into the loving eyes of our golden-haired boy Murphy.

In early May, we attended Tate’s graduation at Ole Miss. She had completed her graduate program and earned a Master of Science degree in Integrated Marketing Communication.

It was a joyous moment and while we celebrated with her, I was also internally celebrating the fact that we would have her at home with us on the farm while she began the process of finding a job. The empty nest would, at least for a short time, no longer be empty, and Gena and I were excited.

Having her home for a time kept at bay the feelings that were sure to surface when she eventually left to make her way in the world. However, I knew that soon I would have to grapple with that reality.

As Tate made plans last week to visit Dallas to follow up on several networking opportunities and visit friends, it hit me that her leaving would most likely come sooner rather than later, and it hit hard. Fortunately, I have a solid support network, a loving wife (who was dealing with the same emotions) and a wonderful family, both two-legged and four-legged.

One of the most endearing qualities that those four-legged friends possess — and there are many in my book — is their ability to “be there” when you need them. Like a good friend, no words have to be spoken, they are just there for you. Our golden retriever Murphy has that quality in spades.

Murphy came to our family during one of the toughest stretches that I can recall in our lives. It was the summer of our son Dan’s high school graduation. The nest was about to be empty, and the weight of his upcoming departure was palpable.

We had moved to a new house a few days prior to Dan’s graduation and that event alone would have been stressful enough, but typically we are not “enough” people. To add to the stress of the move and the graduation, we had several family medical issues.

We were already dealing with my father-in-law’s stroke recovery when my mother-in-law was diagnosed with a recurrence of breast cancer. To top off all of that, we lost one of our beloved golden retrievers, Mack, the week before Dan’s graduation.

We pushed through. We had become good “push through-ers.” That is until we lost our second golden retriever, Gracie, to cancer that had developed unbeknownst to us and overtook her in a matter of months.

I know exactly where I was on the road between Sebastopol and Union that day when I got the call from G. “It’s cancer, it’s aggressive, she’s suffering, we’ve got to put her to sleep,” she said. I came home, and after work, we went to Till-Newell to say goodbye to Gracie and then drive her to the farm one last time to bury her next to Mack.

We pushed on through until mid-August, when it was time to move Dan into his dorm at Mississippi State. We were emotional wrecks. We had ridden the emotional roller coaster all summer, but now we were not alone in our anguish. Our 2-year-old German shorthaired pointer, Moose, was in major depression over the loss of his two furry friends as well as his buddy Dan.

For us, there was only one solution, and his name became Murphy. My wife found him in Hytop, Alabama, on a Friday night, and Saturday found us making the drive north to get this handsome little ball of fur.

He was, and is, perfect. If ever there was a stereotypical golden, Murphy is it in both looks and personality. He was the perfect comfort for all of us, including Moose, and soon we began to climb our way out of the the pits of despair.

As I sat there this past Friday afternoon talking with G about both our excitement over this next phase of Tate’s life and our sadness over the fact that, wherever she ends up, it means she will not be under our roof, I felt a paw on my shoulder.

Murphy had climbed up next to me on the couch, and as I looked through my tear-filled eyes into his, I was reminded of a quote from Rick Bass in “Colter: The True Story of the Best Dog I Ever Had.” In the prologue, Bass, discussing the moment he first saw Colter, said, “How we fall into grace. You can’t work or earn your way into it. You just fall. It lies below, it lies beyond. It comes to you unbidden.”

I have been and always will be blessed by the dogs in my life. I can’t imagine living without them, and I never plan to try. Until next time, I look forward to seeing you (and your furry friends) out there in our great outdoors.