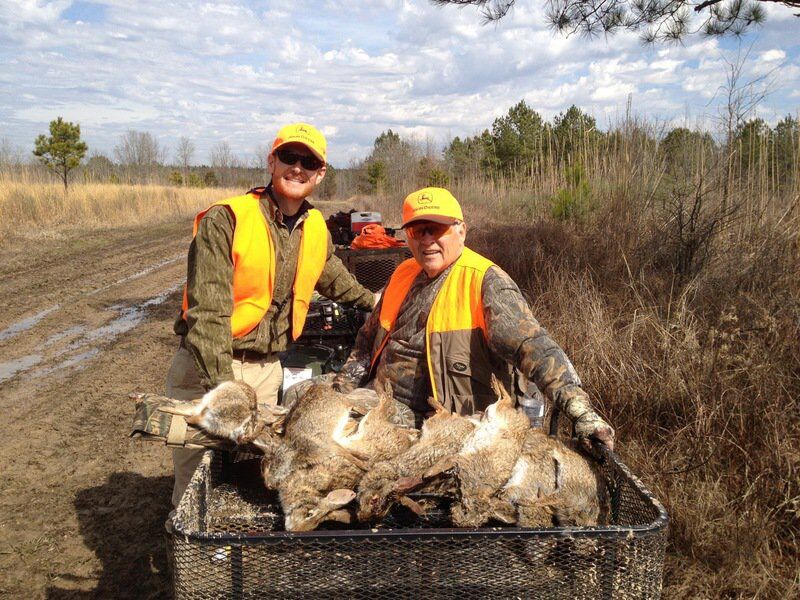 Outdoors writer Brad Dye and his father-in-law, Billy “Pop” Hull, pose with the swamp rabbits they harvested at Trim Cane WMA in 2012 while hunting with Pop’s cousin Jim Sanford and his son James, both from Louisville. At top, an ATV basket rack full of swamp rabbits, also known as cane cutters, harvested during a 2012 rabbit hunt at Trim Cane Wildlife Management Area just north of Starkville. 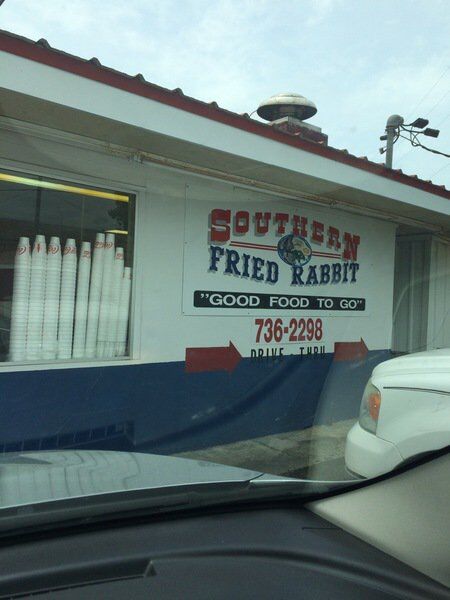 If you are ever in Columbia, stop by the famous Southern Fried Rabbit. While they do serve food other than the farm-raised fried rabbit they are famous for, I would highly recommend going with their namesake dish — the Southern fried rabbit! I’ve been told they also serve the best hamburgers and cheeseburgers in town. 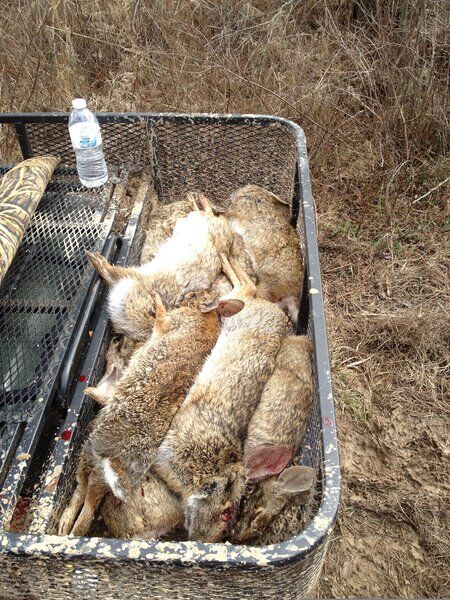 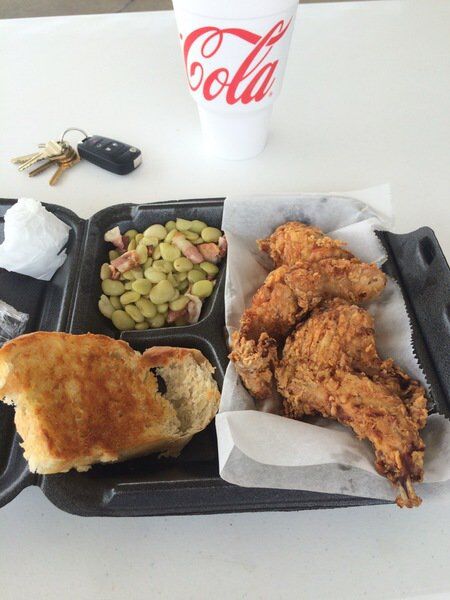 I would put this farm-raised fried rabbit from the Southern Fried Rabbit in Columbia up against any rabbit dish that I have ever eaten. It was truly delicious!

According to the Centers for Disease Control and Prevention (CDC), “A temperature of at least 100.4 degrees Fahrenheit is one of the most common symptoms of COVID-19.”

Well CDC, you can add me to the list. Fever, some of the worst I have ever experienced, was my primary symptom during my recent bout with COVID.

I also experienced a few vivid dreams during my week with fever; however, my dreams were more like memories of the past and differed very much from the description of the typical fever dream. According to an April 2020 Health magazine article, “...fever dreams are the strange, often negatively toned dreams one can experience with a higher-than-normal body temperature.”

My recurring dream was quite positive, and I believe it can be clearly linked logically to a few things: the current seasons (both the season of the year and current hunting seasons), the barking and baying of our beagle puppy, Birdie, and my trusty brown Carhartt jacket.

The dream was of an actual February 2012 rabbit hunt at the Trim Cane Wildlife Management Area just north of Starkville. An episode of Mississippi Outdoors with the late Melvin Tingle had inspired the hunt. I sat at the camp that day with my father-in-law watching as Tingle followed a pack of beagles in pursuit of Magnolia State cottontails.

Pop had come to know Mr. Melvin during his time as a student at East Central Community College, where Tingle managed the book store, post office and student center. The sound of the beagles during that Mississippi Outdoors hunt brought back memories for both of us.

Later that year, Pop stopped by our house for me to apply for the both of us for the lottery rabbit hunt at Trim Cane. If we were selected, we would be joining his cousin Jim Sanford and his son James on the hunt. I remember his smile as he proudly told me that Jim had the best pack of beagles in Winston County.

Since I was a young boy, I have loved the sound of hounds in pursuit. Back then, it was the sounds of Redbone and Treeing Walker Coonhounds baying on the trail of raccoons in a Mississippi river bottom. That familiar sound has recently been relived, on a much smaller scale, through the baying of Birdie when she is waiting on food or “treeing” one of our cats on an ottoman or chair.

As a boy, the sight of my dad wearing his Carhartt jacket meant it was time to go coon hunting. That jacket also epitomized warmth, a hedge against the cold in the outdoors. My Carhartt jacket now hangs next to our back door on an antique coatrack that came from an old country store. It is the first thing I grab on these cold days of January and February when we take the dogs out to play and take care of their “business.”

In my dream, I am wearing the jacket. However, the fact that I did not own the jacket at the time of the 2012 hunt tells me that its distinct fabric, brown color and blanket lining is forever linked with the sounds of hounds and the hunt. Would it have come in handy as I pushed through the briars in pursuit of a Trim Cane cane cutter? Absolutely! Would I wear it now in pursuit of those swamp rabbits? Without a doubt!

As we followed along with the hounds that day at Trim Cane, I remember Pop telling me to stay put along the thicket edge when the beagles flushed the first rabbit. “That rabbit will circle back here soon,” he said. I waited and steadied myself for the shot, 20 Gauge poised at the ready. “These swamp rabbits will make a much larger circle. Be patient,” he told me as we waited alongside the road that rimmed the canebrake.

Soon enough, I could see one of the giant marsh rabbits headed back to his hideout. As he came alongside, I took my shot and then pushed through the briars to retrieve my quarry. I was amazed at the rabbit’s size! He stretched almost all the way across the basket rack of my four wheeler.

Incidentally, rabbit has always been one of my favorite wild game dishes; however, as graphically as I remember the details from the Trim Cane hunt, I can’t remember eating any of the rabbits we harvested.

I do, however, remember the last time that I ate rabbit. Three years later in 2015, I found myself in Columbia sitting down to a fine plate of rabbit at a local restaurant called Southern Fried Rabbit. I would put that farm-raised fried rabbit up against any rabbit dish that I have consumed. If you are in Columbia, stop by the Southern Fried Rabbit. You will not be disappointed!

Take advantage of the small game hunting seasons that run through the end of February. Squirrel, rabbit and bobwhite quail make for excellent table fare, and the hunts will make memories (and dreams) that last a lifetime. Until next time, I look forward to seeing you out there in our great outdoors!