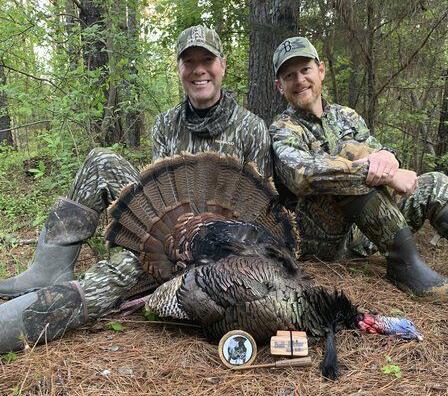 Jamie Thomas of Caledonia and outdoors writer Brad Dye pose with a true monarch of the woods. The gobbler bested us a couple of mornings prior, but as Jamie said, “The turkey gods were smiling down on us” Monday morning, and we were able to close the deal on this trophy Mississippi long beard. 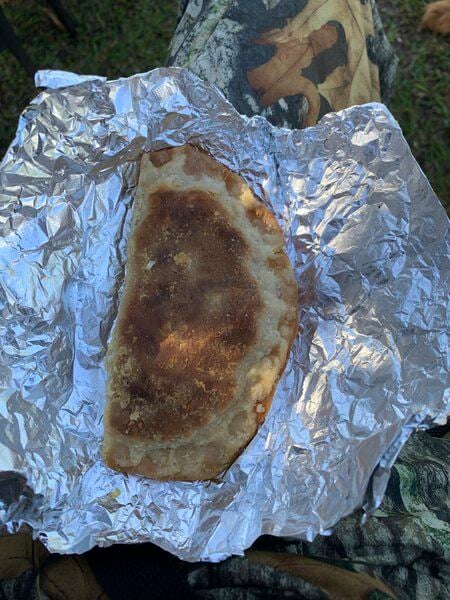 Take my advice, if you have never experienced Mary Lou’s Biscuit Bar in Louisville, then add it to your breakfast bucket list. I highly recommend the tenderloin biscuit and fried pie combination. It is, in my estimation, the perfect breakfast and was the perfect ending to our morning hunt. 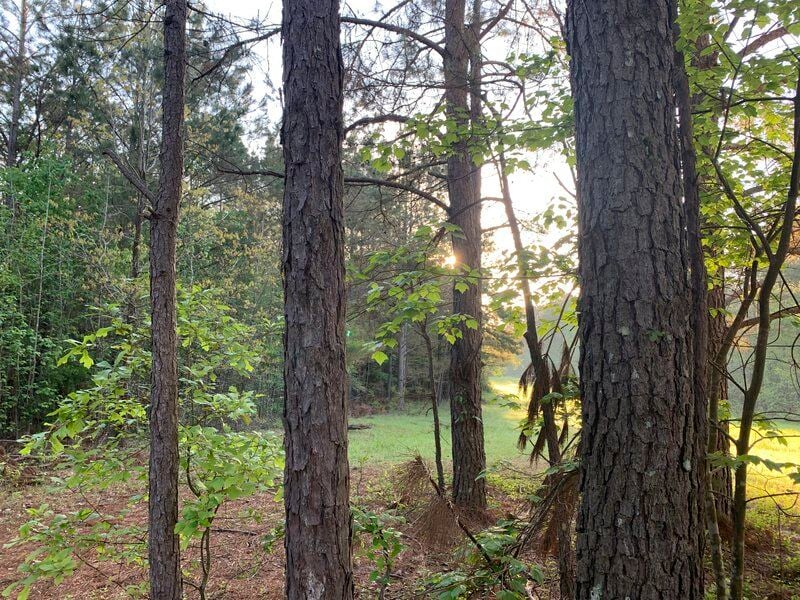 Watching a sunrise truly is, as Marcus Aurelius said, “A precious privilege.” As I watched this one Monday morning, I sat back counting the blessings that God has so abundantly bestowed upon me. 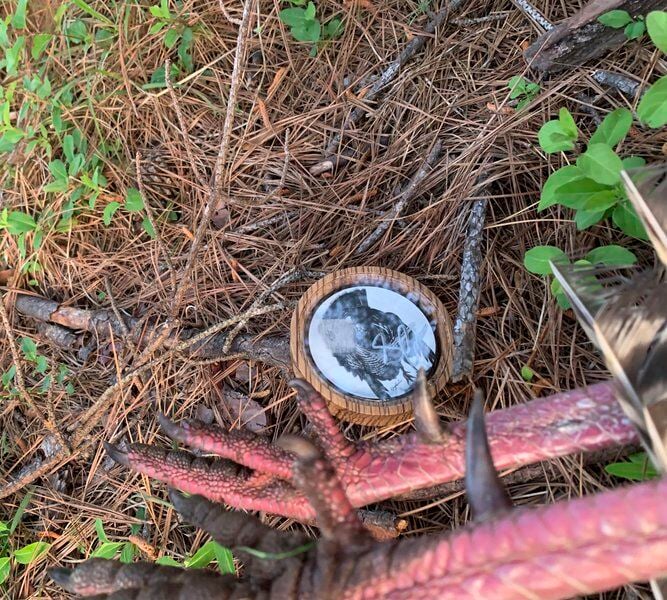 Long spurs and a great turkey call are two of my favorite things. My new “Griz” crystal over aluminum call from Keep Struttin' Custom Calls and a Buster Duvall “Butt-Kicker” scratch box proved too much for this wise old bird to resist.

“An early-morning walk is a blessing for the whole day.” -Henry David Thoreau

As we made our way up the hill in the morning darkness, I turned off the faint red beam of my headlamp to allow our eyes to adjust before we quietly negotiated the last few yards to our setup. Based on the previous mornings, I knew where the old gobbler should be, and our only chance for success would hinge on our ability to make it there undetected.

We settled into our listening spot, and as we did the still of the morning was interrupted by a thunderous gobble due east of our position. I smiled as I listened to this monarch of the woods announce his presence to the world, and like Thoreau I realized that this “early-morning walk” was a blessing.

Perhaps the walk is one of the reasons that I love turkey hunting so much. It is difficult to beat a brisk walk in the cool air of a spring morning followed by the beauty of a sunrise. Couple those experiences with the shrill, hair-raising sound of a gobbling wild turkey, and I’m in my happy place.

Soon the forest began to come alive with the sound of cardinal and crow, and the monarch continued to declare his intent from above. I sat back watching the first hints of sunrise creep into the treetops. It was my birthday, and as I sat there waiting to respond to the gobbler with a few tree yelps, I was struck by how richly blessed I was.

I had taken the day off to turkey hunt with a friend, as has been my practice for several years. My wife, Gena, and I had discussed my plans for the day the prior afternoon. In short, I planned to turkey hunt, look at a truck we were thinking about getting for the farm and finish out the day with dinner at our favorite Mexican restaurant.

Reaching into my turkey vest, I pulled out my trusty Buster Duvall “Butt-Kicker” scratch box call and a newly acquired friction call and striker and laid them beside me. Using a delicate touch, I softly tree yelped on the scratch box from our position to let the gobbler know that there was a new hen in his vicinity. He responded with both vim and vigor.

In my mind, I began to play out possible scenarios of what could happen, and while there was no way to predict what the gobbler would do, I was certain of one fact: If the hunt ended successfully and early enough for us to make to it to Mary Lou’s Biscuit Bar in Louisville before 10 that morning, my birthday plans would also include a tenderloin biscuit and a fried pie (a bucket-list combination if you’ve never had it).

After flapping my hat against my leg to simulate the wing beats of a hen flying down from her roost, I reached for my new crystal call and striker from Keep Struttin Custom Calls and waited for the monarch to fly down. The wait was short, as my friend and hunting companion Jamie Thomas watched him pitch from his roost and sail to the ground.

Watching Jamie’s expressions during the raucous gobbling and fly down made my morning. I have always wondered what my facial expressions looked like during those moments, but I never have a mirror to see them while I hunting. That morning, he was my mirror, and those expressions were just as joyous as I thought they would be.

The yelps on the crystal “Griz” call proved to be to the monarch’s liking, and slowly but confidently he began making his way toward our position. If there exists such a thing as a “textbook” turkey hunt, this was it. He had taken us to school two days earlier, but Monday morning, as Jamie would later tell me, “The turkey gods were smiling down on us,” and we were soon humbly celebrating his best turkey.

Late Monday night, after a wonderful meal and birthday celebration with our friend Penny Kemp, I found myself standing in the front yard at the farm pointing out the Big Dipper to G while we took the dogs out, and I was once again struck by just how blessed I am. Blessed to be able to enjoy the great outdoors and the sport I love, blessed with amazing friends and family, blessed to live in a place that I hold so dear with a person that I love so much, blessed abundantly.

The words of Marcus Aurelius came to mind: “When you arise in the morning, think of what a precious privilege it is to be alive — to breathe, to think, to enjoy, to love.” Until next time, take take time to count your blessings, and I look forward to seeing you out there in our great outdoors.