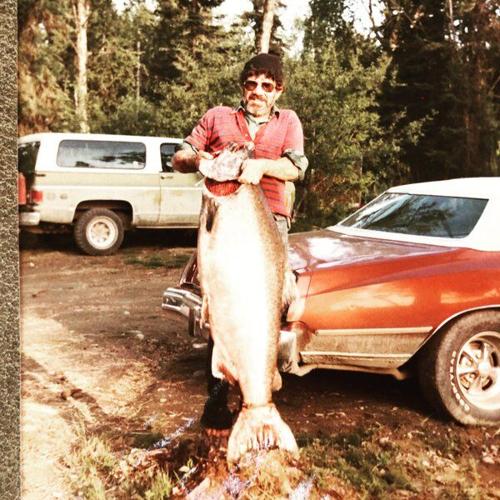 Moon Sunn poses with a huge king salmon he caught while fishing in Alaska in the late 1970s. 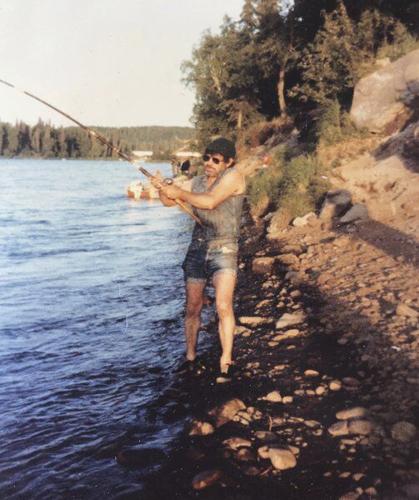 Moon Sunn hooked up with a king salmon on the Kenai River in Soldotna, Alaska. As his son Shane noted in his memoir, Moon was wearing his standard Mississippi wading apparel — cut-off jeans and tennis shoes — in the frigid waters of the Kenai. 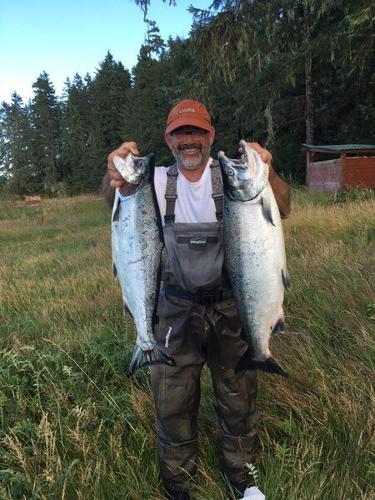 Clearly, the ability to catch big fish did not skip a generation in the Sunn family. Author Shane Sunn, much like his father, Moon, loves catching big king salmon in the waters of Alaska. Check out both of their stories in Sunn’s newly published memoir, “Moon and Sunn: Memoir of a Fishing Legend and His Son. 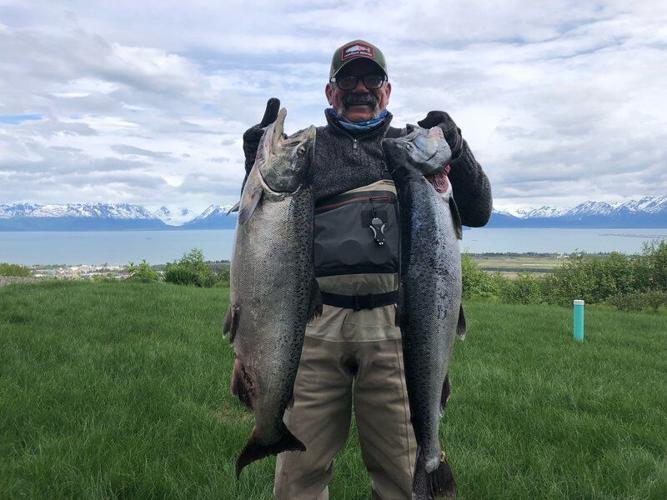 Author Shane Sun and his fishing legend father, Moon, pose for a photo during a fly fishing trip together on Vancouver Island, British Columbia. 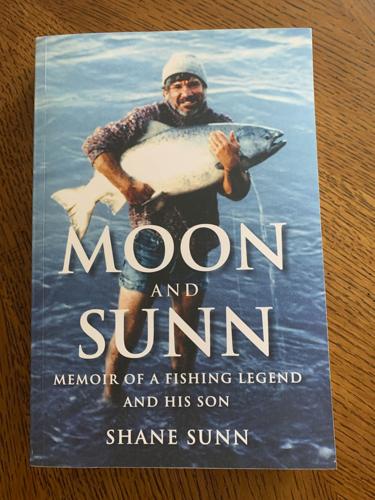 “Moon and Sunn” reveals the joys of a boy and his father in the outdoors and the painful and long-lasting effects of divorce into adulthood. Author Shane Sunn’s memoir and its themes of forgiveness and healing served as a wonderful reminder of the beauty that can arise from the ashes of broken relationships. 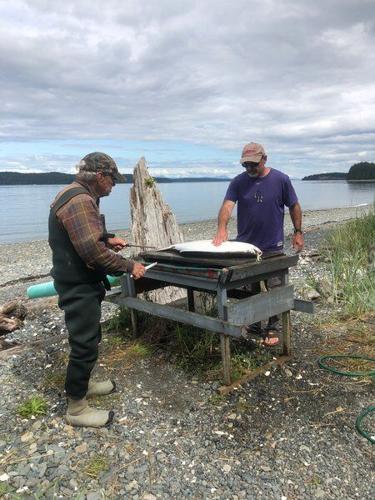 The legend and his son: Moon Sunn, left, and his son, author Shane Sunn, prep to clean their fish after a day on the water.

“Moon and Sunn” reveals the joys of a boy and his father in the outdoors and the painful and long-lasting effects of divorce into adulthood. Author Shane Sunn’s memoir and its themes of forgiveness and healing served as a wonderful reminder of the beauty that can arise from the ashes of broken relationships.

The legend and his son: Moon Sunn, left, and his son, author Shane Sunn, prep to clean their fish after a day on the water.

When I sat down with author Shane Sunn early in 2022 to discuss his forthcoming book, I knew immediately we were kindred spirits. We both share a love for hunting, fishing and the outdoors that permeates our lives.

As we visited that day in February, we discussed our favorite books and the authors who wrote them. We talked about how those authors and their works helped shaped us and, in turn, our writing.

Soon, our talk turned to his book and the process of writing it. He described the work as “a story of generational pain that is ultimately resolved.” I thought then, based on the excerpts I had read, that it would no doubt be that and much, much more.

The genesis of the Sunn’s generational pain begins with Moon and the loss of his father, Mack. Mack, a World War I veteran, avid fisherman and the caretaker at Choctaw Lake near their home in Ackerman, died of a heart attack at the age of 50 when Moon was only 14.

After the loss of his father, “Moon literally sought connection with Mack by going fishing.” He threw himself into fishing and the Boy Scouts (in that order), and according to Shane, Moon’s quest to connect with his dad through fishing gave him an “extraordinary drive to pursue the next fish, eventually propelling him back and forth to Alaska over forty times!” As he explained, “When we talk about fishing for Moon, it’s not even next level. It’s out in a different atmosphere.”

Over time, his obsession with fishing, specifically bank fishing in Alaska, began to elevate Moon to fishing legend status in and around Ackerman. However, as much as it helped him cope with the loss of his father, his obsession would have lasting consequences for his later family life.

Moon and his wife, Farrah, divorced when son Shane was 5, which left the boy longing for time with his father. “After the divorce, my time with Moon was relegated mainly to sporadic weekends and when he wasn’t fishing in Alaska,” Sunn writes, adding, “Moon was everyone else’s hero, but for me as a kid, the designation was in question. Most days, I walked around with a real but indiscernible loneliness. I craved more meaningful time with him.”

We all have different mechanisms for coping with pain, and how we cope at a young age differs greatly as we grow older. For me, writing has been my outlet for grief as well as my outlet for joy, and throughout both, it has been my therapy. Clearly, the same holds true for Sunn as he described the process of writing “Moon and Sunn” as both “cathartic and healing.”

As has been the case since I first listened to his sermons (Shane is also a Presbyterian minister), Sunn’s words in the book’s introduction about the experience of writing his memoir spoke to me: “Pain can make you hard and lock you in the vault of bitterness or, if you stare it in the face and address it, transform you.”

“Moon and Sunn” offers something for everyone, not just lovers of the outdoors. Along with fishing and adventure in Alaska, there is the exploration of the messy reality that is family in this broken world and the journey to reconciliation that only comes from staring pain “in the face and addressing it.”

If those aren’t enough for you, how about race relations, taking in stray dogs and stray friends and the importance of treating everyone (and for Moon, that means everyone, including hitchhikers) with respect? In the words of Moon Sunn, “People are gonna be who they’re gonna be, and they’re gonna do what they’re gonna do. Life itself is the great teacher. You either learn the hard lessons or you don’t. My job is to be a friend to whoever might happen to come across my path.”

Sunn has a book tour planned in Mississippi Aug. 12-26, and I am working to get him in Meridian during that time. In the meantime, you can order your copy of “Moon and Sunn” from Square Books (squarebooks.com), Lemuria Books (lemuriabooks.com), or Amazon. (As a side note: Please support independent bookstores and small businesses here in Mississippi.) Order it now, and Shane can sign it for you when he’s here.

In my morning devotional a few weeks ago, I read about a priest that, each morning as he walks his dog, names aloud 100 things for which he is thankful. Today, I’ll start with Shane Sunn, his memoir “Moon and Sunn,” and the life lessons contained within. Until next time, here’s to reconciliation, to love winning and to being a friend to all who cross our path, and here’s to seeing you out there in our great outdoors.