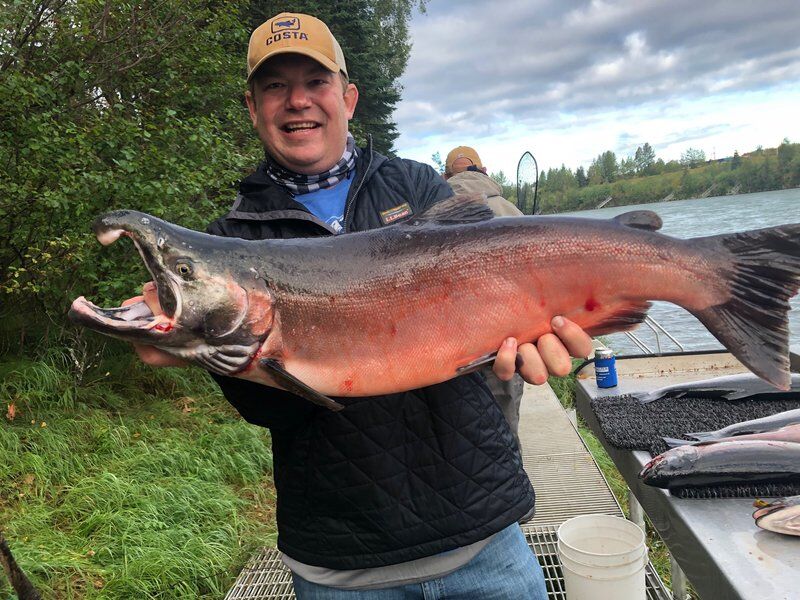 Print Woodward poses with one of the trophy silver salmon he caught while fishing with his father Guy on a recent adventure on the Kenai River in Alaska. 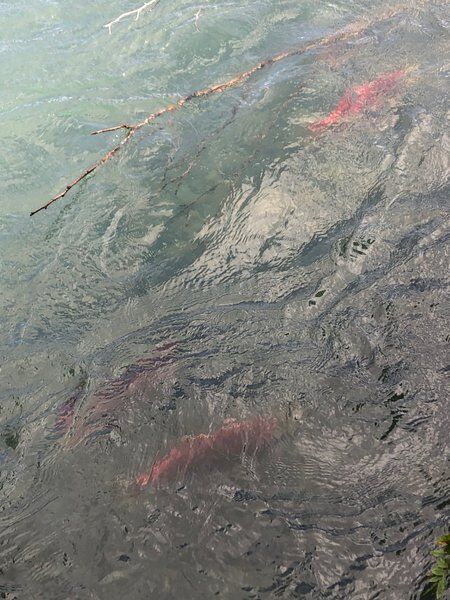 The brilliant reds of the male silver salmon amidst the magnificent teal blue of the glacial waters of the Kenai River. 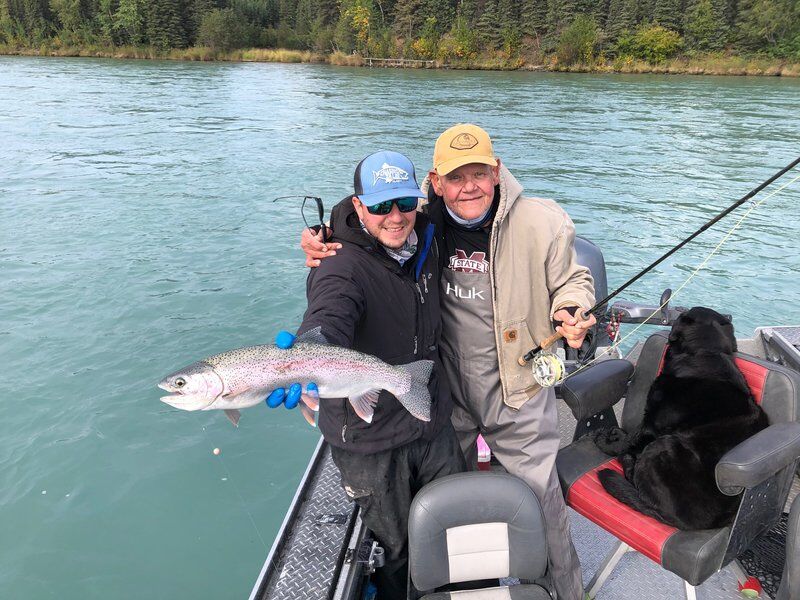 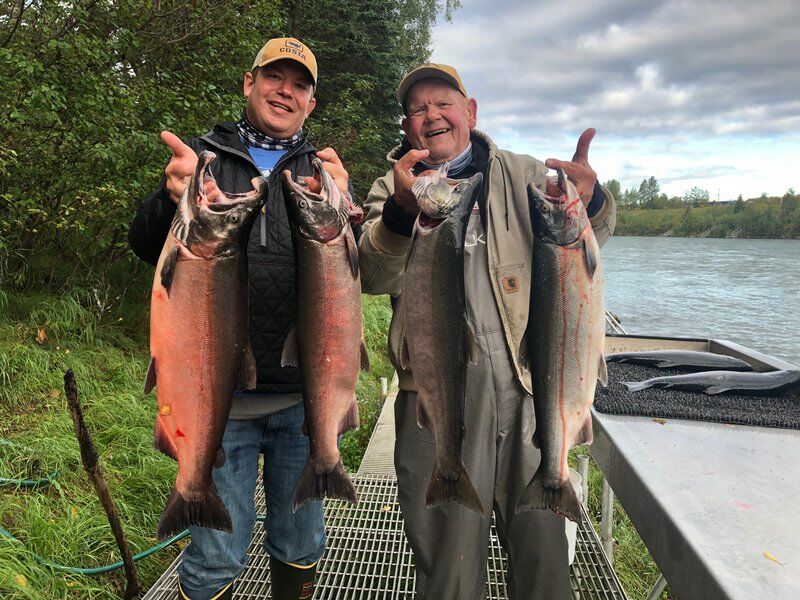 Print and Guy Woodward with a few of the monster silver salmon they caught while fishing on the Kenai River in Alaska.

Alaska, “The Last Frontier,” is a place that has always been on my bucket list for fishing, hunting and outdoor adventure. I hope to make Alaskan adventure a reality one day; however, for a local father and son, that dream recently came true.

Guy Woodward, owner of Woodward Steam Cleaner Company in Meridian, and his son Print recently made a fishing trip to the “Land of the Midnight Sun” and, based on the pictures they posted while there, I couldn’t wait to talk to them when they returned.

According to Print, the father/son trips are something toward which they both look forward each year: “He’s been taking me fishing in Dulac, Louisiana, since I was 8 or 10 years old,” the younger Woodward explained.

The two began contemplating the trip after Guy talked to their business supplier in Arkansas. According to Guy, the supplier’s son had started working for the Forestry Service in Alaska, and he had recently joined him there to fish for Halibut. When Guy told Print about it, they started formulating a plan.

Print says when they were discussing the halibut fishing trip, he mentioned that he had always wanted to go trout and salmon fishing in Alaska and, at that point, Guy suggested that they do both.

“About two weeks before we left, I checked the flights, and they were super cheap, so we booked them and started making our plans,” he explained.

First, they booked the halibut fishing portion of their adventure with J-Dock Fishing Company (jdockcompany.com) based on their supplier’s recommendation. Then, based on the recommendation of another friend that had recently returned from a salmon fishing trip in Alaska, they booked two days of salmon and trout fishing with Alex Carey’s Chasing Tales Guide Service (chasingtalesalaska.com).

The pair then inquired with their guides about the best place to establish as their base camp and planned out the remainder of the trip, which included two days for sightseeing between the salmon/trout fishing and the halibut fishing.

After arriving in Alaska, the Woodwards rented a car and drove from Anchorage to Soldotna, which sits on the Kenai River. According to Print, Soldotna is the “most renowned salmon river in the world.” Woodward said he was blown away by the sheer numbers of salmon in the river.

While there, they also fished the Kasilof River from a drift boat. This portion of the trip was of special interest to me, as I have always wanted to trout fish from a drift boat. Woodward said that they fished for silver salmon, the trophy fish for this time of year in Alaska, and trout while on the float trips.

Print actually landed a trophy silver salmon during one of their outings. He said the guide kept going on about the size of the fish, but Print was too caught up in the action to really understand what he had.

“You just caught a heck of a fish!” the guide exclaimed, going on to explain that his biggest silver ever was 17 pounds. Woodward’s fish topped out at just over 15 pounds, which the guide told them was the biggest fish a client had ever caught on his boat.

Reflecting on the trip, Print said, “We didn’t know what we were doing. We just went up there on a whim and had an awesome time!” He told me that Alaska is home to the prettiest rivers he has ever seen, explaining, “It’s blue, teal blue coming off those glaciers. It was incredible to see!”

When I asked about his favorite place he said, hands down, that it was the Kasilof River on the drift boat, adding, “You can tell God made that place and man hasn’t messed it up yet.” He also explained, “Silver salmon fishing should be on everyone’s bucket list. You don’t have to like fishing to love that!”

One of the things that I know about Guy is that he never meets a stranger. Print reinforced this belief when he told me about the “coffee club” they joined while they were there. One morning at breakfast his dad befriended a group of local men that had gathered for coffee, and they ended up joining them for breakfast each day they were there.

“They were just a bunch of rednecks, Alaskan rednecks, kind of like us,” Guy said.

The group gave the Woodwards tips on where to go for sightseeing and, as a result, they were able to get close to moose, eagles and mountain goats during their stay. Both gave the Kenai Peninsula the ultimate compliment, saying they would go back tomorrow if possible. In fact, Print said that Guy told him, “If I had discovered this place 30 years ago, we would be selling soap here now instead of Meridian.”

Said Print, “We love doing stuff like this together, and we will always have these memories. I’m so glad that I went with my dad.”