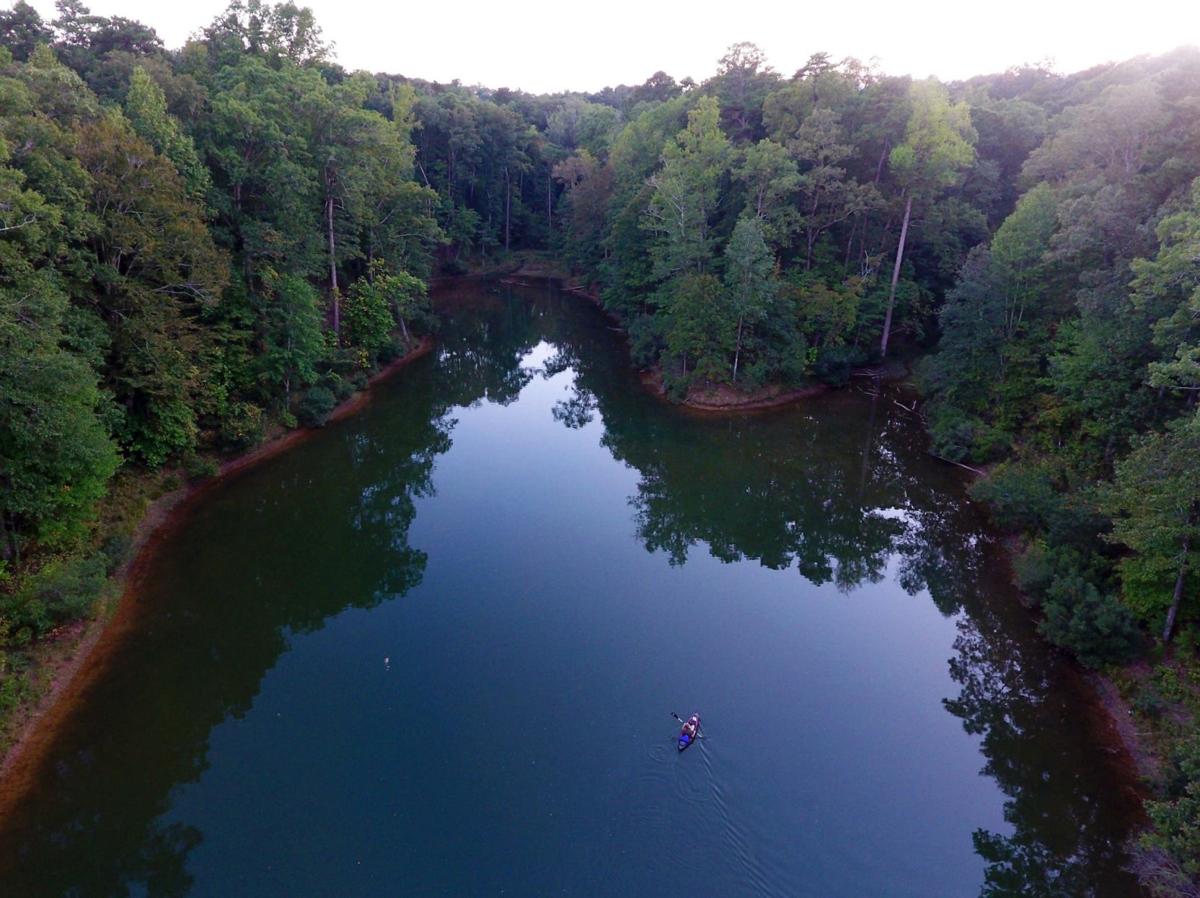 A kayaker paddles at Bonita Lakes Park in Meridian. 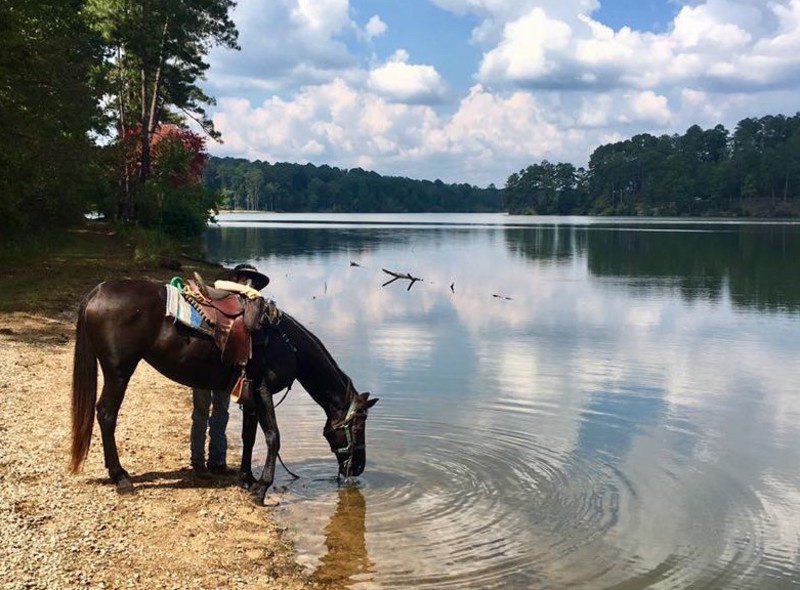 Peg Wahrendorff waters her horse Tango during a trail ride at Bonita Lakes in Meridian. 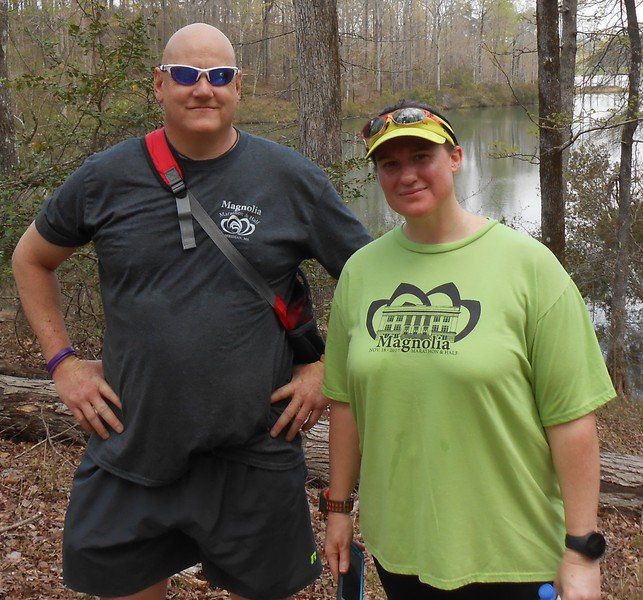 Tim Irvine and Caroline Bolton enjoy the trails at Bonita Lakes. They're members of the Friends of Bonita Lakes, which helps preserve the city  park. 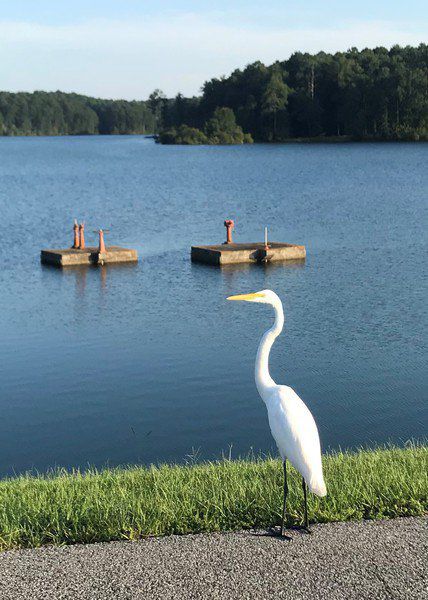 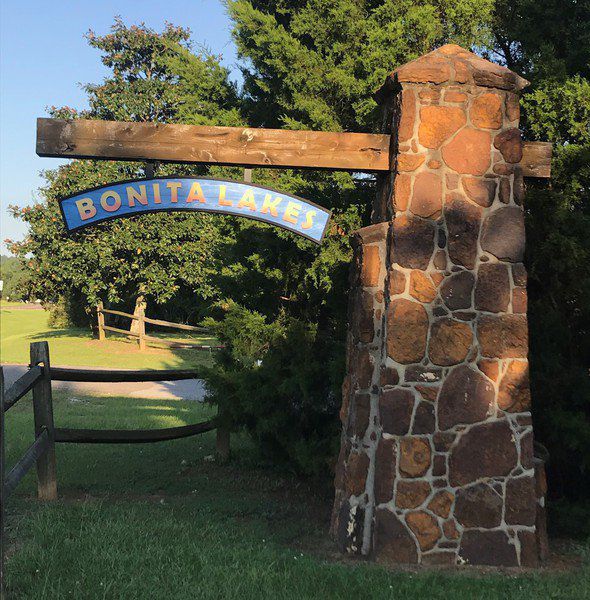 Bonita Lakes is a 1,700 acre park in the city of Meridian, available for fishing, hiking, horse-back riding, biking and other activities.

Wild places are special. They satisfy a need in us, a yearning only satisfied by nature. How else do you explain the “green spaces” we work so hard to create and preserve in the heart of our cities? Even in our largest metropolitan areas, nature is a focal point -- Central Park in New York City comes to mind.

We work hard to subdue nature in so many ways only to realize, often too late, that what we had was really what we needed. Thoreau was spot on in his assessment that, “...in wildness is the preservation of the world.” In light of this observation, I am grateful for the vision of leaders such as Theodore Roosevelt who sought to protect both our wildlife and public lands.

As a nation, we are blessed to have wild places like Yellowstone and, on a local level, places like Bonita Lakes. Considering that the average size for a city park in the U.S. is 54 acres (median 5 acres), Bonita, with its 1,700 acres of lakes and forest in the heart of Meridian, is truly unique. I discovered Bonita a little over 25 years ago. As a mountain biker, I fell in love with this “Crown Jewel of Meridian.”

Over the years, I have used Bonita as a training ground for mountain bike races, marathons, ultramarathons, and AT hikes. Bonita has helped nurture and inspire many of my outdoor adventures. I now have my sights set on kayaking and, not surprisingly, Bonita is the perfect place to begin that endeavor. The lakes have even helped foster a love for the outdoors in my children that has grown from feeding the ducks to running and biking on the trails.

How do we give back to the places that have given us so much? One way is adopting the mindset of “leaving it better than you found it” and taking an active part in preserving our wild places. This is the goal of Friends of Bonita Lakes.

FOBL is “a community of like-minded citizens who officially formed in 2017 out of a growing concern for the future welfare of what has become Meridian’s last great public green space.” Their mission: “To preserve and protect Bonita Lakes and the surrounding watershed as a natural green space to be used for low impact recreational and environmental education activities that are compatible with maintaining the area’s scenic beauty and natural landscape as it currently exists.”

I agree, the beauty of Bonita comes not from what it could be, but from what it is. I recently discovered FOBL when I noticed one or their stickers. Excited to learn more about FOBL, I spoke with two members of the group last week. Nell Covington and Tim Irvine share a passion for Bonita that is immediately evident when you talk with them.

Both, like me, are beneficiaries of what Bonita offers to all its varied “user groups.” These groups include: hiking, biking, horse-back riding, canoeing, kayaking, paddle boarding, fishing, picnicking, fitness and military training, birding, and geocaching. Nell uses Bonita for hiking, horse-back riding, and, most recently, kayaking, while Tim is an avid mountain biker and trail runner. Both are ambassadors and historians for this treasure that lies within our city limits and I learned much during my time with them. For example, did you know that the oldest geocache in Mississippi is located at Bonita?

Tim captured the essence of Bonita and FOBL saying, “This is the gem of Meridian and Lauderdale County,” adding, “If you build anything here it (Bonita) is gone.” I agree, we only have a finite number of wild spaces left.

According to Nell, “The greatest thing about Bonita is seeing others enjoy experiencing the outdoors. This space is Meridian’s opportunity to expose its children to the natural world and it’s right here in our backyard.”

As I sat with Nell and Tim at a picnic table by the boat launch last week, the sights and sounds of Bonita reinforced the magic this place holds. A Great Egret walked past, fishing the water’s edge behind us as ducks swam nearby and the “zizzzzzz” of the freewheels of mountain bikes sounded from the trails.

We need to preserve the wild places that give us so much. FOBL is doing just that. The group hosts spring and fall cleanup days each year. The next is at 1:30 p.m. Sunday, Oct. 20. I plan to be there and, if you have benefitted from what Bonita offers, I hope you will be as well. To learn more about FOBL visit them at www.friendsofbonitalakes.com, or the Friends of Bonita Lakes Facebook page, or come by their booth at Earth’s Bounty on Nov. 2. I look forward to seeing you out there in our great outdoors.