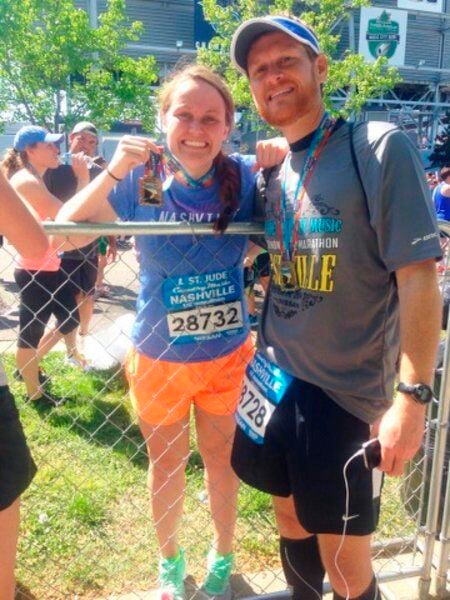 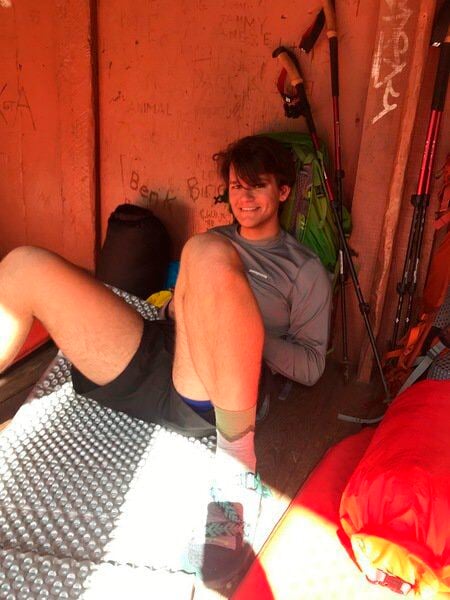 My son, Dan, and I made our first Appalachian Trail hike together the week after he graduated high school in 2018. This picture was taken on our second AT section hike in 2019, and the smile on his face says a lot about his “can-do” attitude. It had been a tough day of hiking, and because we pushed it and finished early, we were able to secure a spot in one of the AT shelters at the end of our day. As with Tate, I know his perseverance is a trait that will serve him well throughout his life.

Those words were music to my ears as I stood on a stepladder securing a smoke detector to the ceiling. They were also reassuring.

“She is going to be fine,” I thought to myself as I stood there basking in the pride of a father, remembering similar moments in her life.

We were moving Tate into her new house, and she was putting the finishing touches on the installation of a Ring Doorbell, a project that she wanted to do herself. She has always had an independent spirit. It’s a “can-do” spirit, one that I see in both of my children and one that I know will serve them both well in life.

Throughout the remainder of the day, as we busied ourselves with the projects involved in setting up a new home, I found myself thinking about similar “can-do” moments in their lives, many of which involved our shared experiences in the outdoors.

When G was pregnant with Tate and then, a few years later, Dan, I never prayed specifically for a girl or a boy, I just prayed for healthy children. However, I must admit that I often prayed each of them would share our love for the outdoors. Hunting, fishing, camping, hiking, mountain biking, running — I didn’t care which. I just wanted them to love being out there because I wanted them to be with me.

Those prayers were answered, as both of our children love the outdoors. I have fond memories of our adventures together, and I have no doubt that many of these experiences helped strengthen their resolve, their steadfastness.

Last week, as we shared a dinner of deer tenderloin, I thought about Tate’s first deer, which had come soon after her heart surgery at UAB. As I watched her steady her breathing and prepare for the shot that day, my own heart raced. A few months earlier, she had experienced an episode of tachycardia while at school, which we later learned would require a cardiac ablation procedure to correct.

I vividly remembered letting go of her hand that day at UAB as they wheeled her away to surgery and praying without ceasing until she returned to the room — good as new! I also remembered praying that day in the food plot — giving thanks for her first deer, for her successful surgery, for her life and for that moment in time together.

We’ve shared a lot of outdoor moments since that day. Among those, another favorite for me, was running a half-marathon together in Nashville. When Tate approached me about doing the race, which was to be her first half-marathon, I was thrilled.

Standing in our starting corral that morning after months of preparation, Tate told me that we would start out together and then fall into our own pace and meet up again at the finish line. Throughout the race, I wondered how she was progressing.

When I crossed the finish line, found G and checked my phone, I knew she was having a great run. The smiling selfies along the course told the story. So much of distance running (and life) is the belief that you can do it. Tate has that belief, and as she prepares to enter the “real world” by starting her first job after grad school on Tuesday (and training a new puppy), I have no doubt she is ready.

One of the beautiful blessings of being a parent to more than one child is being able to see their similarities and differences. Tate and Dan are distinctly different; however, I see in Dan the same steadfastness that I see in Tate.

Dan shares my love of turkey hunting and hiking, and as he can attest, I often combine those loves, walking many miles to find a bird. He also learned early on that, for me, turkey hunting is an all-day affair, and he’s good with that. We’ve often hunted together from daylight to dark, and more times than not left the woods with a bird.

I’ve seen Dan’s perseverance firsthand on the Appalachian Trail as well. I mentioned the mental aspect of distance running earlier, and the same is true for long-distance hiking. I’ve often thought that these hikes are the most fun I’ve ever had while torturing my body.

Dan always finishes the day (and the hike) with a smile on his face. He has the same positivity, the same mental toughness, that Tate has, and I have no doubt that it will serve him well as he prepares to enter vet school at MSU next summer.

I’ve always been a big believer in the Henry Ford quote, “Whether you think you can, or you think you can’t — you’re right.” Often times, that belief is what has helped me push through the rough patches of life.

I’m proud to see that quality now in my children, and I know that many of our experiences together in the outdoors helped instill it in them. Until next time, keep putting one foot in front of the other, and I look forward to seeing you out there in our great outdoors.