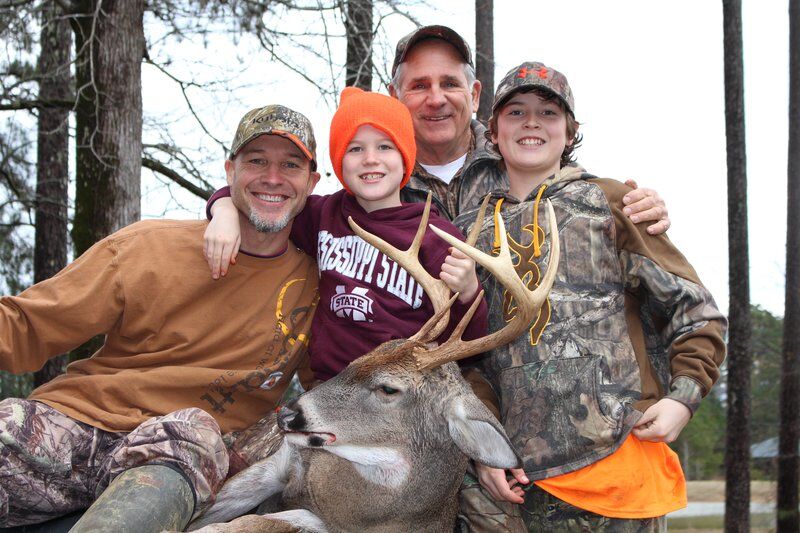 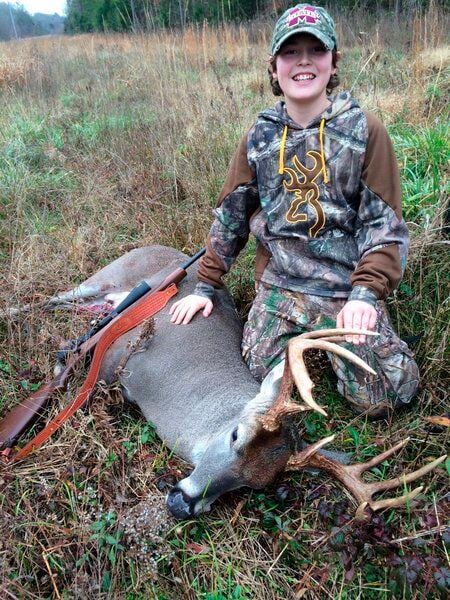 Chandler Little poses proudly with his best buck on Dec. 22, 2014. Chandler’s buck currently leads the competition between the Little brothers with a score of 140 2/8 inches — exactly one point higher than his brother’s best buck. 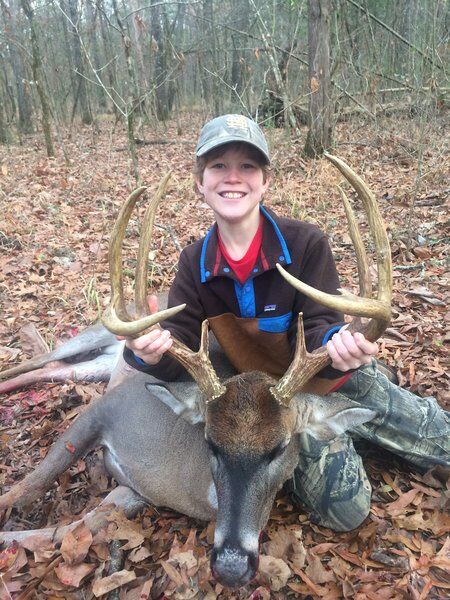 Trey Little with the gorgeous buck he harvested on Dec. 28, 2016. The buck is his largest and I know a lot of old hunters (myself included) that would love to harvest a deer this big. 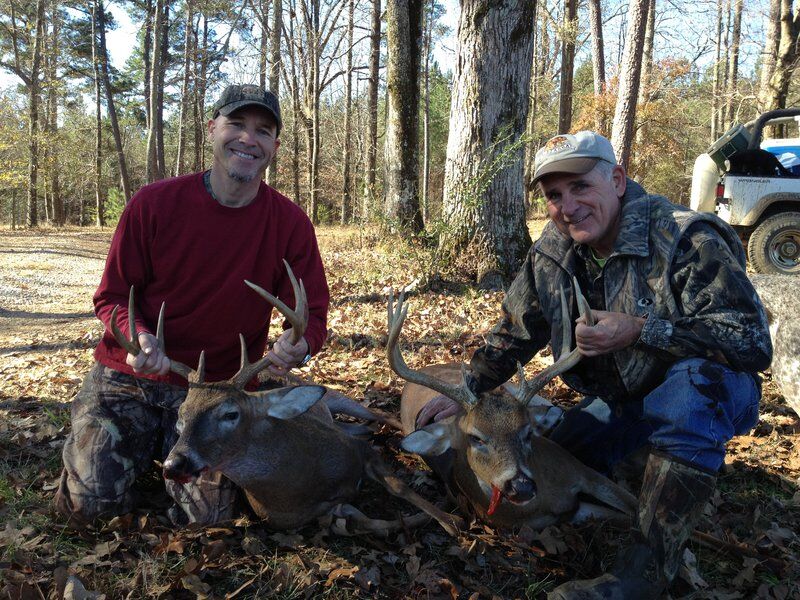 Dave Little and his father, David “Pap” Little, with the two bucks they killed while hunting together on Dec. 17, 2013. 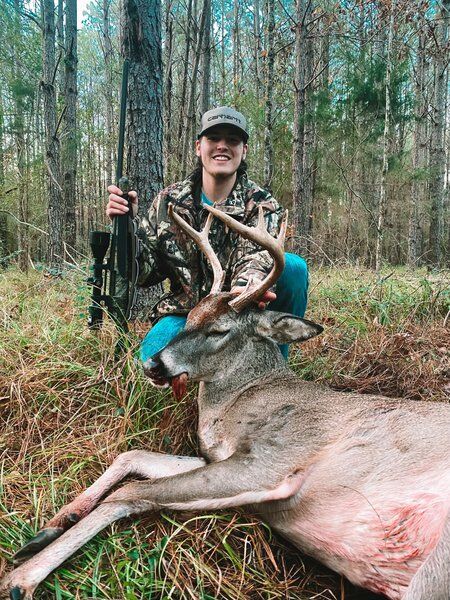 Chandler Little with the buck he harvested on Dec. 17, 2020. He was able to take the buck during an afternoon hunt with his girlfriend, Marley. Chandler said he thought a lot about the significance of the date within his family circle of hunting on his way up to hunt that afternoon. Much like his dad and grandad before him, Chandler loves the outdoors and is a skilled hunter and outdoorsman. 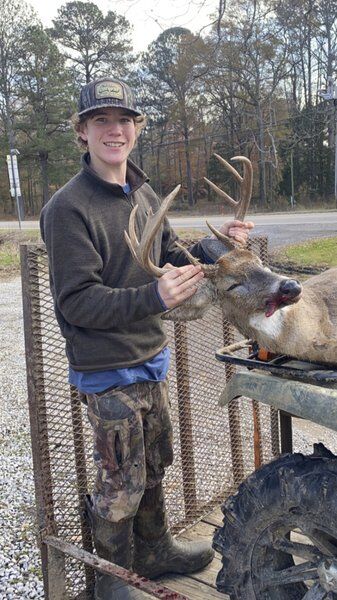 Trey Little poses proudly with the buck he harvested on the morning of Dec. 17, 2020, while hunting with his brother Chandler. “It was a really fun hunt,” he told me when we had the opportunity to talk between deer hunts this past weekend. Following in the footsteps of his dad and his “Pap,” Trey has become an outstanding hunter and outdoorsman.

The older I get, the more I realize that every day is precious, and every day that I get to spend hunting or fishing is a treasure. However, there have been days in the woods that I would consider epic, days unlike any before, once-in-a-lifetime days, halcyon days.

While scrolling through posts on Facebook last Thursday, I noticed that Dec. 17 was one of those days for Trey and Chandler Little, who had both harvested big bucks. However, it was only after I talked to my friend and their father, Dave Little, that I realized just how special the day has been historically for this hunting family.

For the Littles, deer hunting truly is a family affair. “It’s a family thing,” Dave told me, adding, “Me and Dad and Chandler and Trey, we all do it together. It’s all about us, the four of us. We love it.” He went on to say, “It’s something that I did with my dad and grandad. It’s one of the things I am most thankful for in this world. It was passed down from grandaddy to daddy to me, and now we are able to pass it down to the boys. It’s family; it’s sharing the experience.”

As an only child, I gained a much better understanding of the competitive nature that exists between brothers after talking to each of these young men about their hunts. Along with that, I got to see firsthand the appreciation the two have for what their father and grandfather have passed down to them.

Trey and I talked between hunts with his “Pap” David Little on Saturday. He told me that he and Chandler arrived Thursday morning just before first light and were in the stand a little before 6:30 a.m. He said that he had only been in the stand for around 30 minutes when he looked up and saw a good buck walk out.

“I looked at him through the scope to make sure he was big enough and realized he was a good buck, so I shot him,” he told me.

I laughed when he explained that he had to drag the deer out by himself because Chandler wouldn’t come to help.

When I spoke with Chandler later that day, he told me that on the way back to hunt that afternoon he thought about his dad telling him that Dec. 17 was the day in 2013 that Dave and Pap had both killed bucks while hunting together.

“We had not hunted the first field on our property, so I figured that would be a good place to go,” Chandler explained. He said he had only been hunting about 30 minutes when his girlfriend, Marley, who was accompanying him on the afternoon hunt, told him that she saw a deer.

He said he looked up to see a buck standing in the edge of the field about 100 yards away. When he was glassing the buck through his scope, he said he thought about how awesome it would be to get a buck on the same day as his brother — as well as the same day his dad and Pap had taken bucks years earlier.

Chandler said his shot dropped the deer, but it regained its footing and ran into the woods. At that point, he and Marley backed out and waited rather than risk pushing the deer. After about 30 minutes, they returned and found his buck only a few yards from where he had been shot.

The brothers are competitive. I told Chandler that while Trey had staked his claim to being the best hunter in the family and taking the biggest deer last week, he did admit that his older brother (currently) held the title for the biggest deer overall in their hunting history. Their competitive nature again surfaced when Chandler confirmed, “My deer scored exactly one inch bigger than his, and he was pretty mad when he found out about that!”

Dave, who owns Little & Associates Insurance, said he was working in Biloxi last week when Trey shot his deer. He told me that Trey called him immediately to tell him about the buck and minutes later sent him a picture of the deer with a funny text that said “You wish!” Again, the competitive nature came out. Shortly after that, Dave said another text came in that simply said, “I wish you were here!” An emotional Little told me, “That’s what it’s all about. That made my heart swell!”