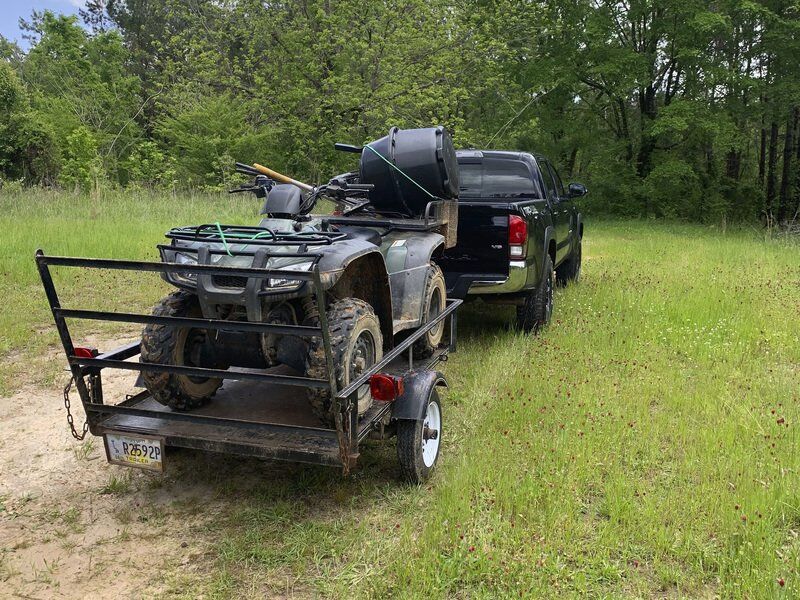 I have made a lot of trips over the last 20 years hauling my four-wheeler with either a borrowed truck or my wife’s SUV. It was a great feeling making that trip pulling it with my own truck this past weekend. It was also a great feeling to get to play in the mud a little while doing it. 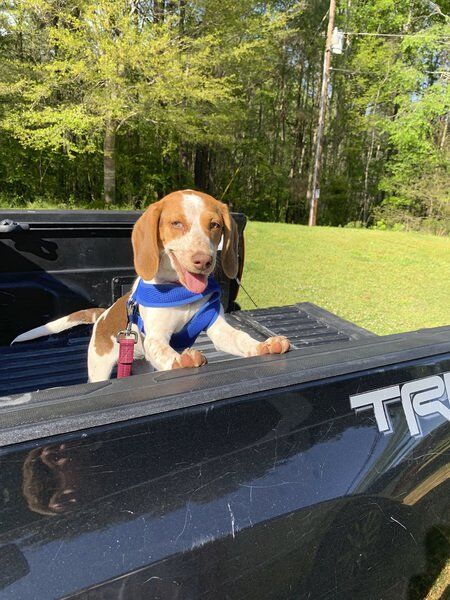 To be clear, trucks aren’t just for boys. I know a lot of girls that love trucks just as much as I do. In fact, one happens to live here at the farm, and judging from Birdie the Beagle’s smile, I won’t be making many trips to the woods in it without her tagging along. 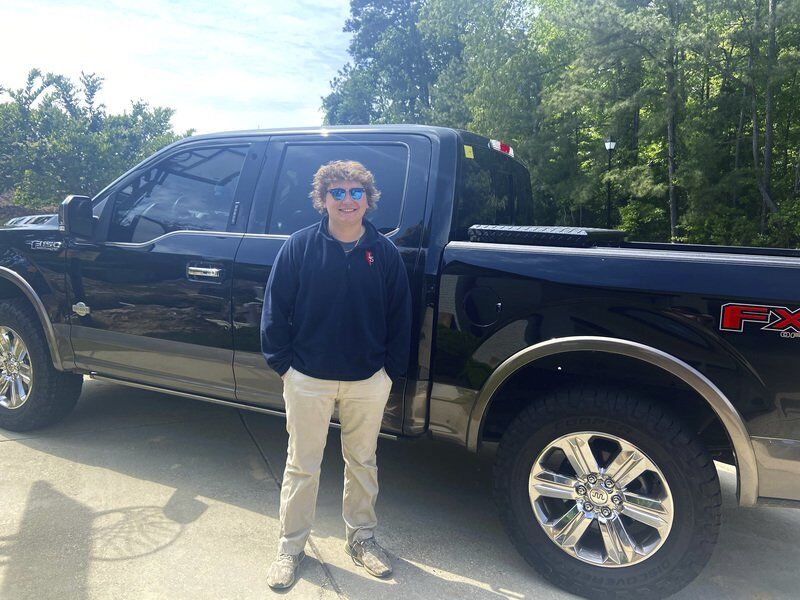 I recognize that smile. It’s a smile that says “freedom.” My nephew Billy Van Veckhoven recently celebrated his 16th birthday with a new truck. When he made the drive up to the farm in it for the first time a few weeks ago, I could see his smile all the way up our driveway. Seeing that smile brought back a lot of great memories for me.

“That’s us, haulin’ hay in the field with the radio on.

That’s us, headin’ straight into town when the work was done...”

—Luke Bryan, “We Rode in Trucks”

I blame my dad and, in some ways, Michael J. Fox for it. I came to that realization one morning a few days ago when I walked out of the woods with my son Dan after turkey hunting.

Topping the hill and rounding the bend, there it was. I laid my turkey vest and decoys in the bed and, as I opened the door and climbed in, I was smiling. It was a great feeling, and one that I hadn’t experienced in over twenty years — I was once again a truck owner. I felt as though I needed to pinch myself to wake from the dream.

Since an early age, I have loved trucks; more specifically, four-wheel drive trucks. My dad always had them. He was a coon hunter, and more times than not I remember that getting to the river bottoms where we hunted required going “off-road” and through the mud.

What is it about trucks in the mud that’s so magical to a boy? Some of my most vivid memories are of stopping to lock in the front hubs before sloshing through a mudhole en route to a pack of baying hounds. I also remember, on occasion, riding on my dad’s shoulders out to the main road to find someone to pull us out of said mudhole after we got stuck. Those were adventures!

My first truck was a single-cab, four-speed Chevy S-10. I know that my parents sacrificed a lot to get me that truck. However, if I remember correctly, my mom was the impetus behind my getting it. In my dad’s mind, we had two vehicles, and I could use one of those on occasion.

Thank goodness Mom saw things differently. I don’t know how many hair cuts and color jobs she did in her beauty shop to make it happen, but she did, and I will always be grateful for that.

The feeling of freedom with that first truck was palpable. I could drive to school — goodbye old yellow dog! I could drive to my job hauling hay, and afterwards head to New Albany to cruise the strip. Recently, I saw that same excitement in my nephew Billy’s eyes as he drove up the driveway at the farm for the first time in his new truck.

Finally, adding to the list of those responsible for my truck love, there was Michael J. Fox. When Fox’s character Marty McFly rolled open the garage door to find his freshly waxed, courtesy of Biff, Toyota SR5 in the closing scenes of “Back to the Future,” I was enrapt (with the truck, that is).

I left the Malco that night dreaming of one day owning a shiny Toyota 4WD like McFly’s. Years later, I bought one that I really couldn’t afford as a young married man, and after our nest expanded to a couple of chicks, I found myself trading it in on a Nissan Quest Minivan.

The van was practical and at the time cutting-edge with a built in TV/VCR combo. I will never forget driving away from my dream truck with the sounds of Barney the purple dinosaur playing in the background. “I love you, you love me,” was no balm for the pain of that loss.

Since the sad day of the great minivan incident, I’ve found myself borrowing trucks when I needed one to pull a trailer or move something. I’ve also had a company car for those 20-plus years. Both are blessings. However, my inherited aversion to borrowing things has always left me longing for a truck of my own.

Living on the farm has now made having a truck a necessity. To that end, G and I decided it was time, and on my birthday I found myself at the same dealership (with the same brother-in-law) looking at a used Toyota Tacoma. Since Michael had outfitted us in the minivan and every vehicle since, it seemed only fitting, especially when he reminded me that I had come full circle with the Toyota.

I was talking with a friend this week, telling him about the truck and the feeling of owning one again. After sharing several truck stories from my youth with him, he pointed out that my “truck love” seems to be as much about my memories as it is about my truck.

He was right. Those memories and those feelings are just as special to me as the truck itself. I’m thankful for the trip down memory lane it has brought about, and it sure feels good to be a boy again, to climb behind the wheel of that freedom and slosh through the mud after a morning in the woods.

Perhaps like Marty McFly I should ask G if she would like to take a ride up to the lake tonight to look at the stars. Oh well, a boy can dream! Until next time, keep truckin’, and I look forward to seeing you out there in our great outdoors.