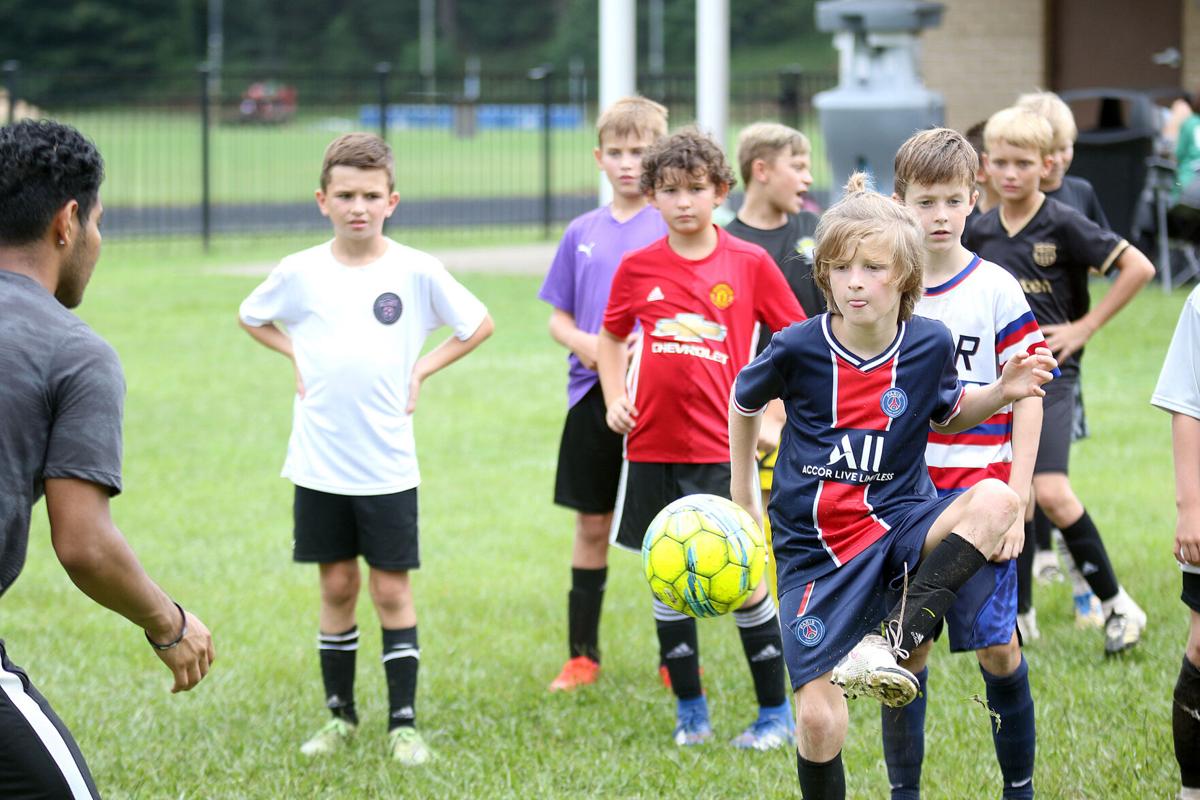 Trent Wilson kicks the ball back to an instructor in a touch drill during the Meridian Community College youth soccer camp Tuesday morning. 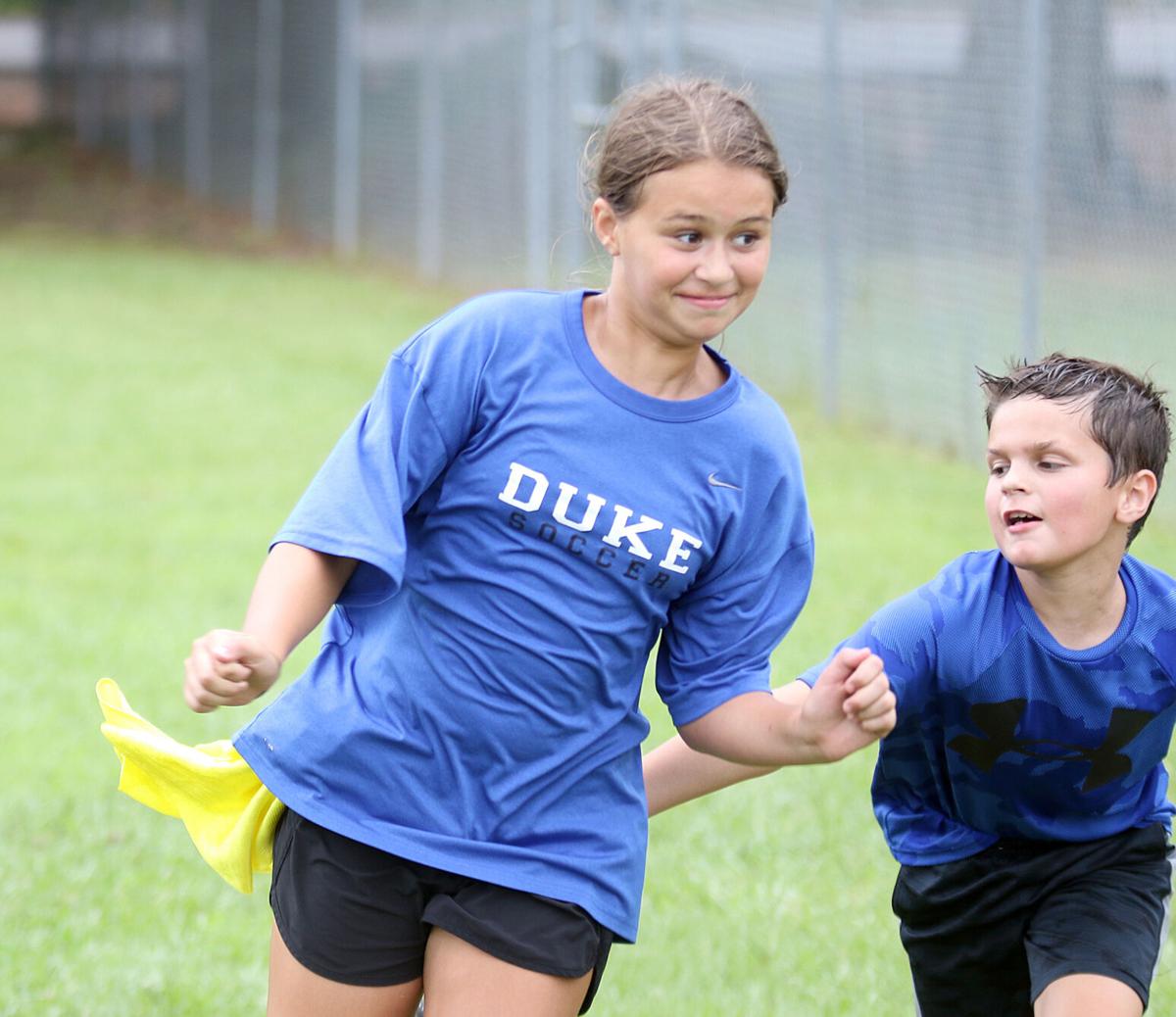 London Smith, left, tries to avoid having her yellow flag taken from her during a keep-away drill at MCC's youth soccer camp Tuesday morning.

Trent Wilson kicks the ball back to an instructor in a touch drill during the Meridian Community College youth soccer camp Tuesday morning.

London Smith, left, tries to avoid having her yellow flag taken from her during a keep-away drill at MCC's youth soccer camp Tuesday morning.

London Smith played soccer when she was approximately 3 years old before dropping the sport around age 6.

One day at PE this past school year, she and some friends were playing soccer, and they remarked that she would be good at the sport if she decided to start playing again.

“I didn’t believe them at first, but I started running because I knew I needed to work out some,” said Smith, who is now 10. “When I started, my stepdad said I could be a good soccer player, and he played soccer.”

Smith was one of nearly 80 children at Meridian Community College Tuesday morning for the school’s annual youth soccer camp, which runs through Thursday. She was joined by her friend Callyn Combs, who Smith joked was probably the one friend who was skeptical at first about her playing soccer.

“She said she doesn’t even see me as a soccer player, and I told her, ‘Don’t even start,’” Smith said with a laugh.

One of Smith’s favorite parts of the camp are the drills where she’s pitted against Combs and her other friends, and she said the competitions are friendly but intense.

“I like the possession drills,” Smith said. “I like that you try to work together as a team — and when I try to keep it away from my friends. Me and Callyn fight all the time. We have the same personalities, and we might as well be sisters. We butt heads a lot, and we both like soccer.”

MCC women’s soccer coach Mike Smith said the camp usually averages 50 to 60 children, so having approximately 80 this week is a nice increase in participation.

“This is the most we’ve had in over a decade,” Mike Smith said. “I guess it was just good timing in the summer where everyone is at home looking to do stuff. Normally 60 kids is probably the max, and we had 83 sign up, so we’re pretty fired up about that. I guess that just speaks volumes to what we have going on here and how people want to be a part of what MCC is doing, and we really appreciate the support.”

“There are actually a bunch of really good players out here this year,” Mike Smith said. “Normally this is more of a beginners camp, but there are some advanced 12- and 11-year-olds that we don’t normally get. We’re going to have to come up with some more advanced activities for them.”

Leyton Posey, 10, said he’s been attending MCC’s youth soccer camp for most of his life, and he enjoys participating in soccer activities with his friends.

“I get to improve myself and challenge my skills and have a fun time,” Posey said.

Posey also said there were several newer games at this year’s camp that are designed to hone different soccer skills.

Soccer is Posey’s favorite sport, and he said he’s glad there’s a camp like MCC’s every summer that allows him to improve his game.

“I love kicking the ball, and whenever you can kick it into the goal and score, you get really excited,” Posey said. “When you love the game so much, it’s super-exciting to you.”