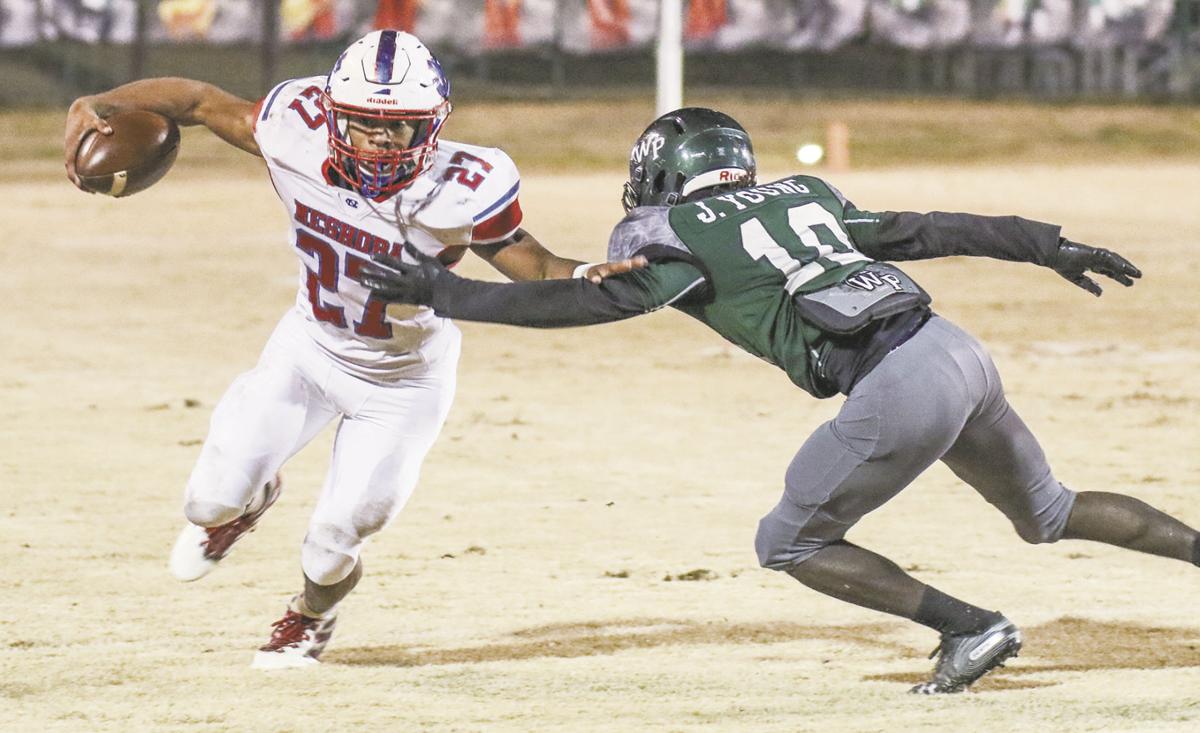 Neshoba Central’s Jarquez Hunter tries to push off West Point’s Joqwan Young as he works his way outside Friday night. 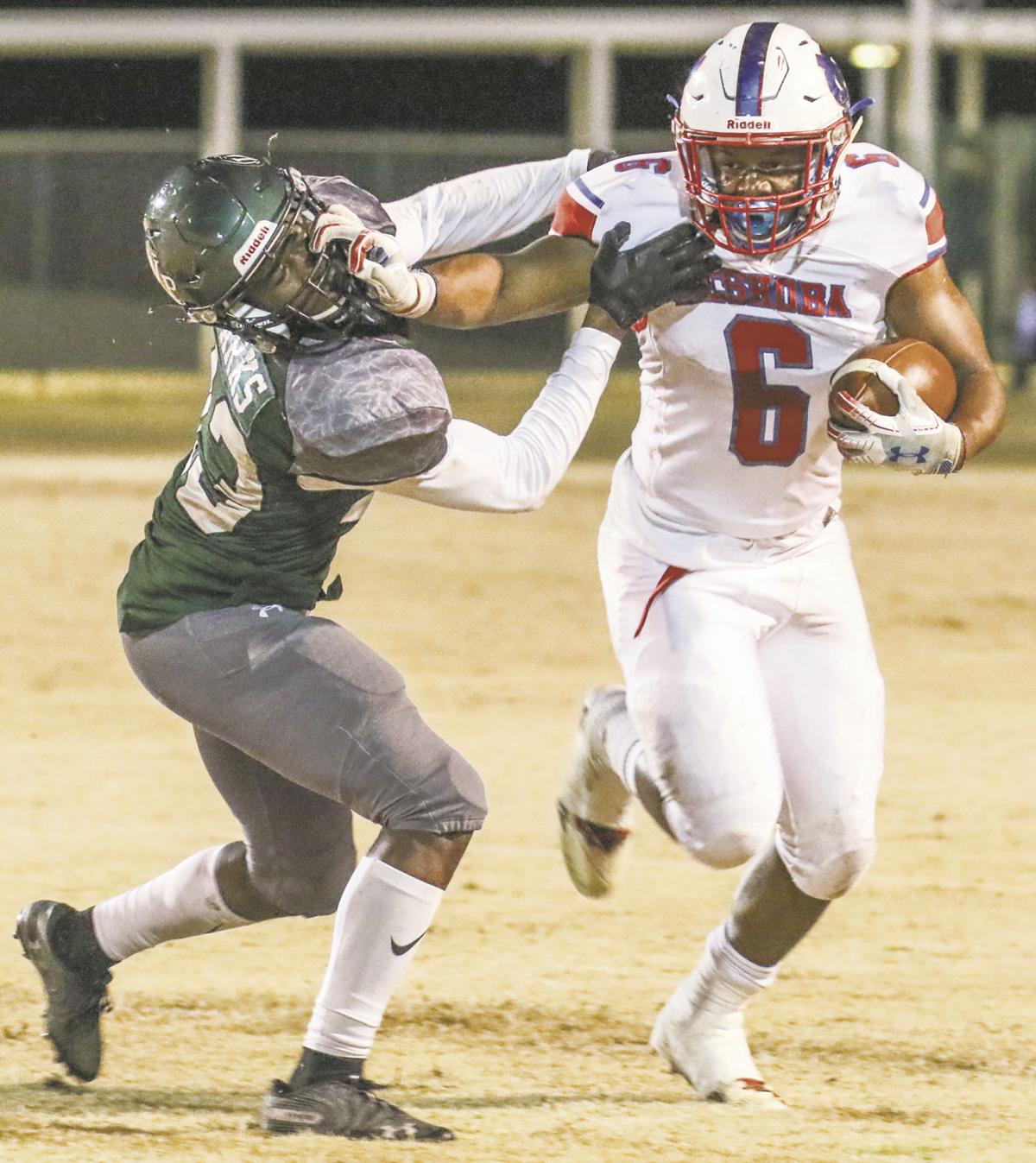 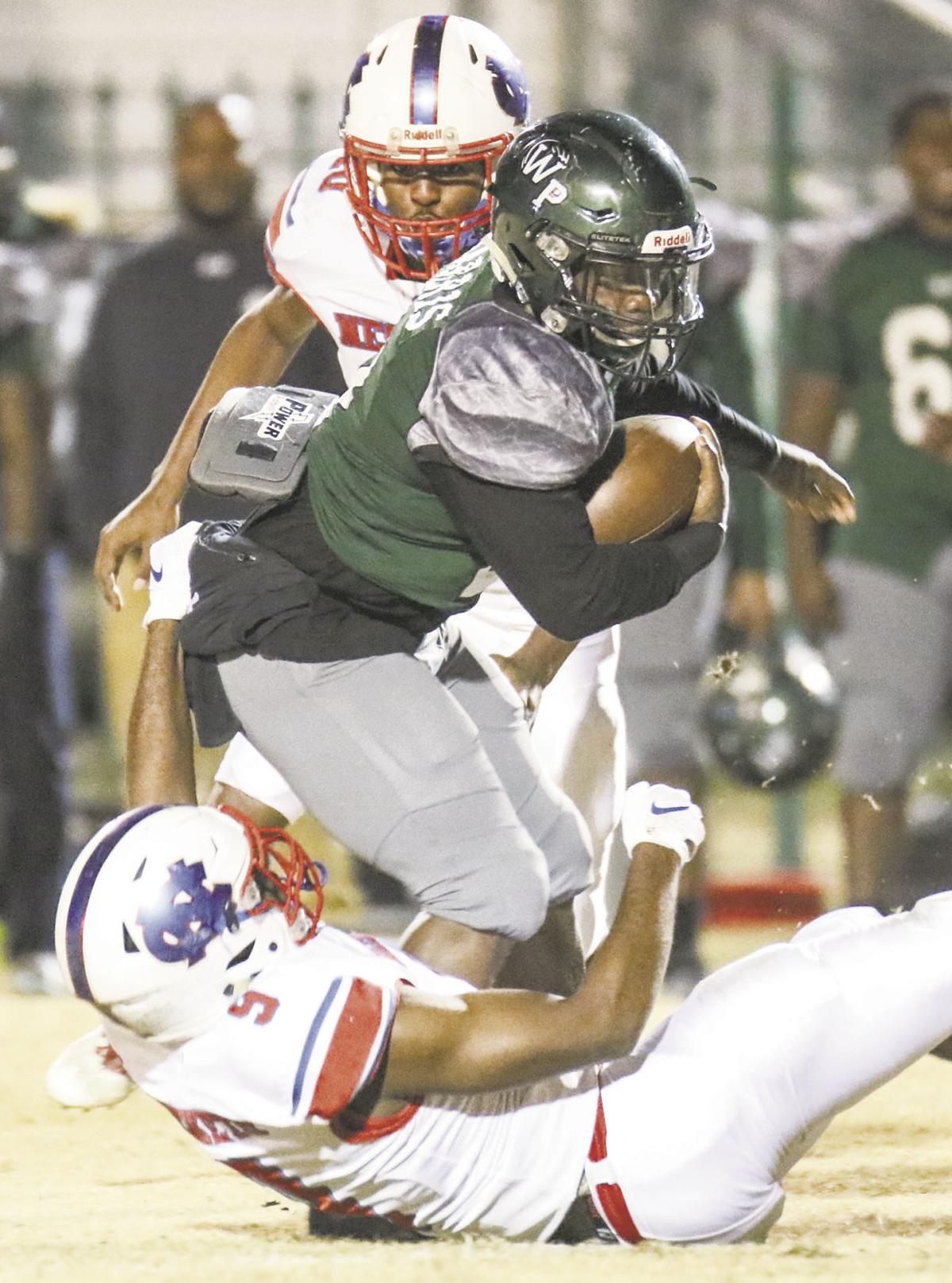 Nehsoba Central’s Kelbee Holmes and Ray Gibson get to West Points Brandon Harris in the backfield for a loss Friday night.

Neshoba Central’s Jarquez Hunter tries to push off West Point’s Joqwan Young as he works his way outside Friday night.

Nehsoba Central’s Kelbee Holmes and Ray Gibson get to West Points Brandon Harris in the backfield for a loss Friday night.

WEST POINT — Neshoba Central needed to get the ball back.

Down by five with less than 11 minutes to play in the MHSAA Class 5A North State title game, the Rockets elected to punt after two straight incompletions brought up fourth and 9 from the opposing 38-yard line.

Having held West Point to two straight three-and-outs to the start the second half, head coach Patrick Schoolar said he was confident in his team’s ability to get a stop.

“We hadn’t gotten a 9-yard gain much all night,” he said. “Defense had been playing great, we wanted to pin them deep, and (West Point) just did what they do.”

After the punt landed in the end zone for a touchback, the Green Wave proceeded to burn more than nine minutes of clock on a 19-play, 80-yard drive that ended with a touchdown to clinch a spot in the 5A championship with a 20-7 victory Friday night.

“I’m blessed to be with this football program,” Schoolar said. “It’s been a great year. We didn’t finish where we wanted to finish, but these guys mean the world to me right now.”

The Green Wave converted four third downs on their final drive, as well as a fourth and 1 from the 29 with 4:18 left. By the time the Rockets did get the ball back, they were down by two scores with just over a minute to play.

West Point (14-1) went up 12-0 by halftime, scoring a touchdown in each of the first two quarters. After fumbling and losing the ball on a completed pass on the first drive of the contest, they got the ball back near midfield, and Brandon Harris soon after threw a 16-yard touchdown pass to Jakobe Pate with less than four minutes left in the opening frame.

Neshoba Central (10-4) opened the second period with a nine-play drive in which the Rockets moved the chains three times. The ball reached the 13-yard line, but the Rockets were halted on a fourth-down run.

West Point went back on offense with 4:41 left to play in the first half from its own 35 and moved the ball to the opposing 27 where its 45-yard field goal attempt before halftime missed wide left.

Neshoba Central earned only 42 yards of offense in the first half and went three-and-out on three of its four possessions.

The Rockets went on offense to start the third quarter, however, and ran a 13-play drive good for 50 yards, all on the ground. They couldn’t get any points out of it, though, as quarterback Eli Anderson’s pass on fourth and goal at the 6 to Jarquez Hunter came in before he turned to make the catch.

The passing game proved to be ineffective for run-first Neshoba Central as Anderson’s passes were often overthrown and hurried. Anderson completed 2 of 11 passes and was sacked three times.

“That’s not who we are really,” Schoolar said. “We hadn’t thrown the ball all year. West Point is a good football team, and they stopped us.”

Aided by a pass interference call that gave them first down at the 22, the Rockets’ lone touchdown came with 27 seconds left in the third when Hunter bounced outside for a 4-yard run into the end zone.

MERIDIAN [ndash] Graveside services for Mrs. Beverly Jackson will be held on Wednesday, January 22, 2020, at 1:00 pm. Interment will be in Meridian Memorial Park Cemetery. To view the full obituary go to www.jamesfwebb.com