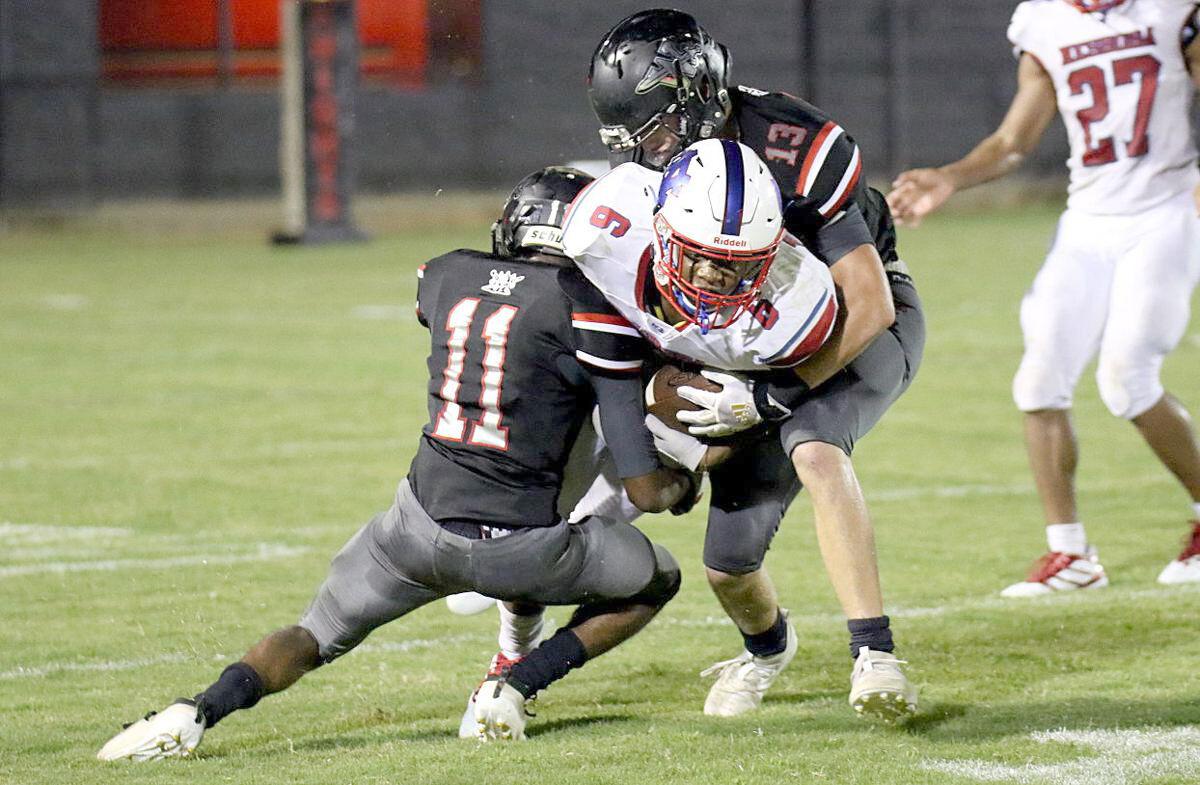 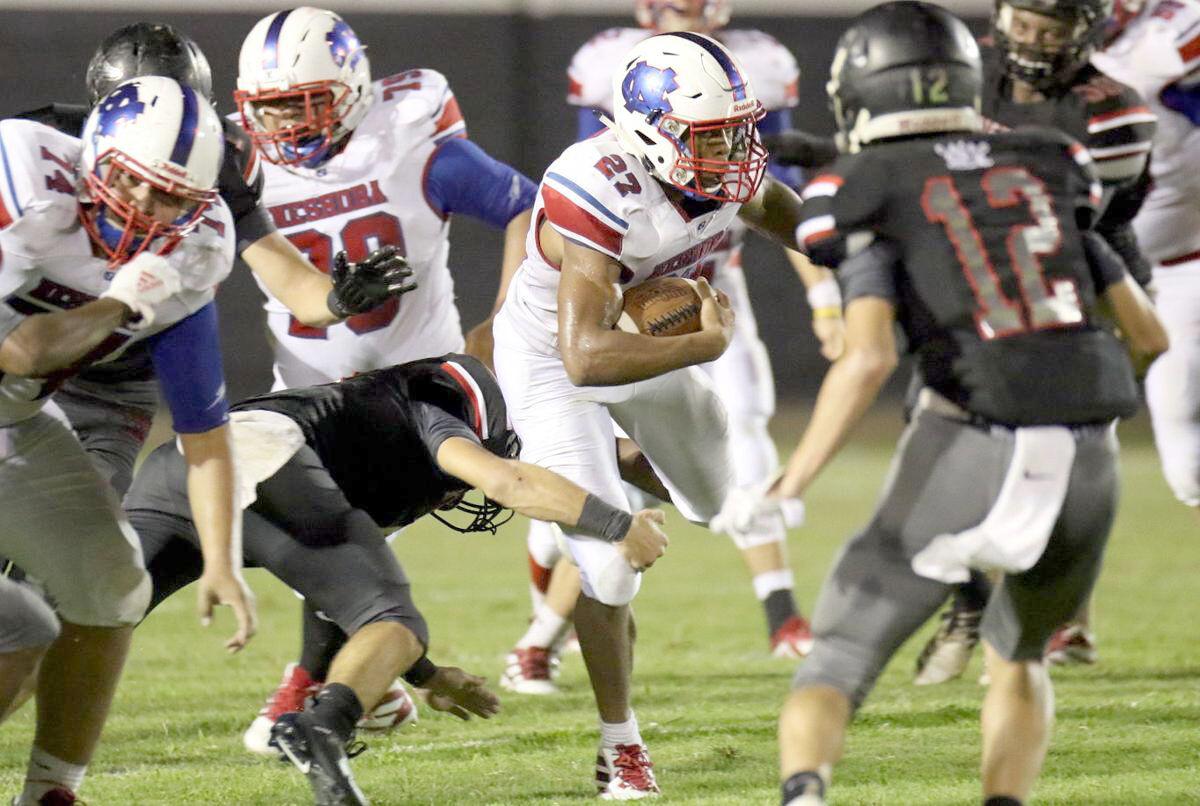 The Rockets’ Jarquez Hunter (27) tries to break a tackle in last year’s game.

The Rockets’ Jarquez Hunter (27) tries to break a tackle in last year’s game.

Neshoba Central and West Lauderdale began their seasons last week with big expectations, and both made strong opening statements.

The Knights ran past South Jones 49-28 last Friday, while the Rockets beat Class 6A Tupelo 25-17, and the two will face each other in a highly anticipated contest on Friday when West Lauderdale travels to Neshoba Central. The Rockets are ranked No. 3 in MHSAA Class 5A on mississippigridiron.com, while West Lauderdale is No. 5 in Class 4A, and both teams’ coaches expect each other to live up to their rankings.

“They have arguably the best defensive line I’ve seen since I’ve been at West Lauderdale,” Knights head coach Brock Clay said. “They have two really good linebackers and probably the best single football player I’ve seen in a long time in (running back/linebacker) Jarquez Hunter. They’re talented everywhere. They’re ranked in the top five in 5A, just like they should be. We’ve been playing all of those kids since they were in seventh grade, so we’re familiar with each other. I hope the game is everything it’s billed to be.”

Rockets head coach Patrick Schoolar said the Knights will provide another tough test this week, and his team will have to play close to mistake-free to come out on top.

“It’s West Lauderdale,” Schoolar said. “They’re going to do what they do, which is play a hard-nosed, gritty brand of football. They’re going to tackle well, and their players are going to be in the right spot. Coach Clay and his staff do a great job.”

Clay said his team made typical first-game mistakes against South Jones last week, mistakes that will have to get cleaned up this week.

“I kind of wish we had a jamboree,” Clay said. “There were a lot of missed tackles that I felt like we would make if it were later in the season. The biggest thing is that the season is upon us. The game was live, and we handled it that way. I hope we get a lot of the kinks that I didn’t see coming worked out. We had issues with penalties for a while — false starts, holding here and there, some pass interferences on defense — stuff that we’re not characteristically used to having.”

For a Week 1 performance, Schoolar said he was pleased with his team, especially on defense.

“I knew we would have to lean on those guys early,” Schoolar said. “When you return eight to nine starters, you (naturally) lean on them until the offense rounds into shape. We only returned three starters on offense, and one of those was a center who moved to tackle, so that’s a whole new animal. At the end of the day, we scored 25 against a 6A team, so I can’t complain too much.

“There are definitely some things to work on, but I thought we played better than I thought we would. We’re still hoping to be where we want to be when we play our first divisional opponent, Holmes Central, on the 25th.”

Both coaches said winning the turnover battle will go a long way toward determining who will win Friday.

“Obviously we have to make the tackles that I feel like we missed Friday,” Clay said. “As usual, the team that doesn’t turn the ball over will win the game. It’s a typical football game: The team that makes the least mistakes will win.”

Said Schoolar, “We have to be on the plus side of the turnover battle and tackle the ball carrier, and our guys are going to have to be where they’re supposed to be at all times, because if you don’t get in the right spot West will explain that, and it’ll be a big play for them.”

Kickoff is at 7 p.m. Friday at Neshoba Central.