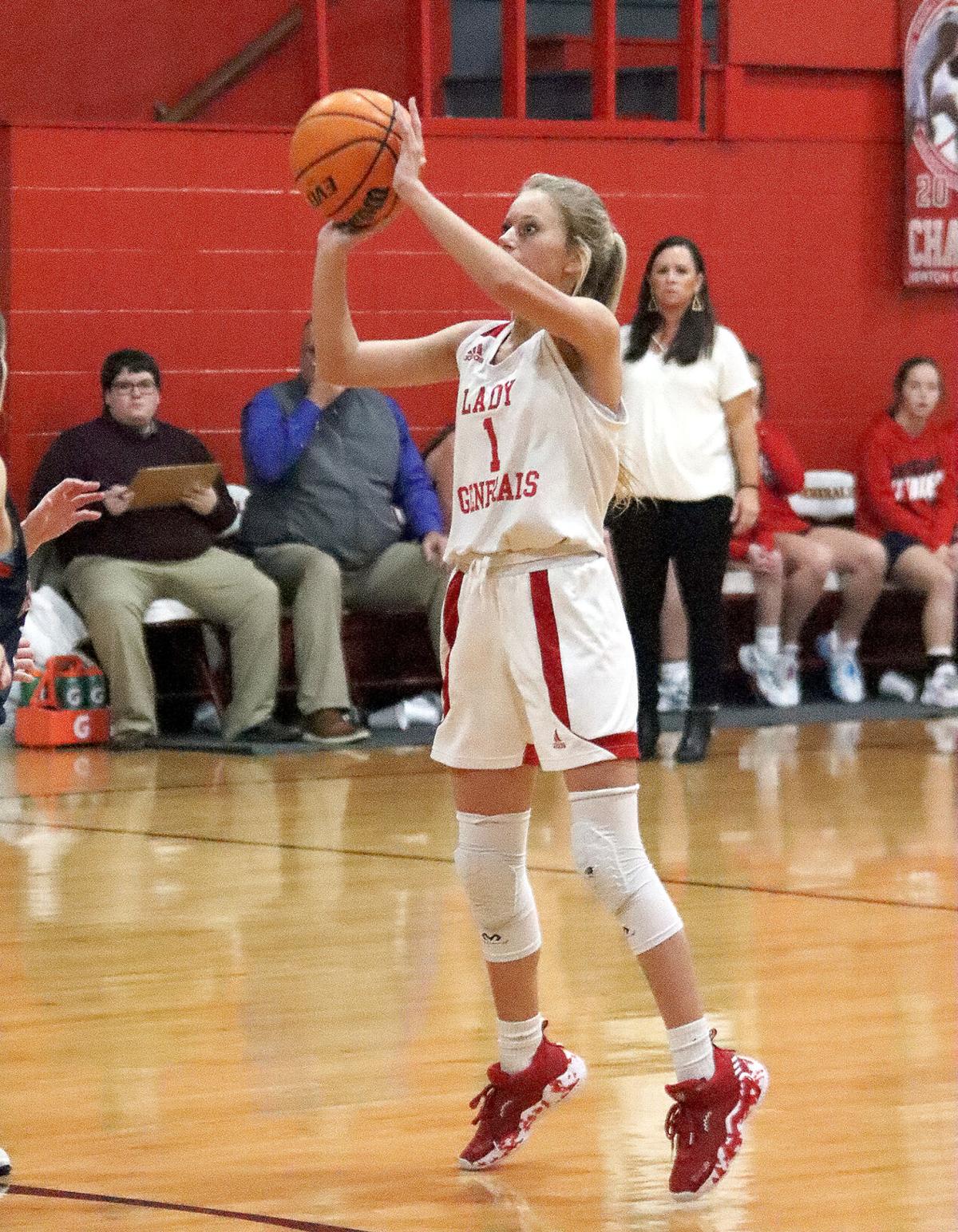 Newton County Academy’s Lilly Hollingsworth shoots a 3 during a game earlier this season. 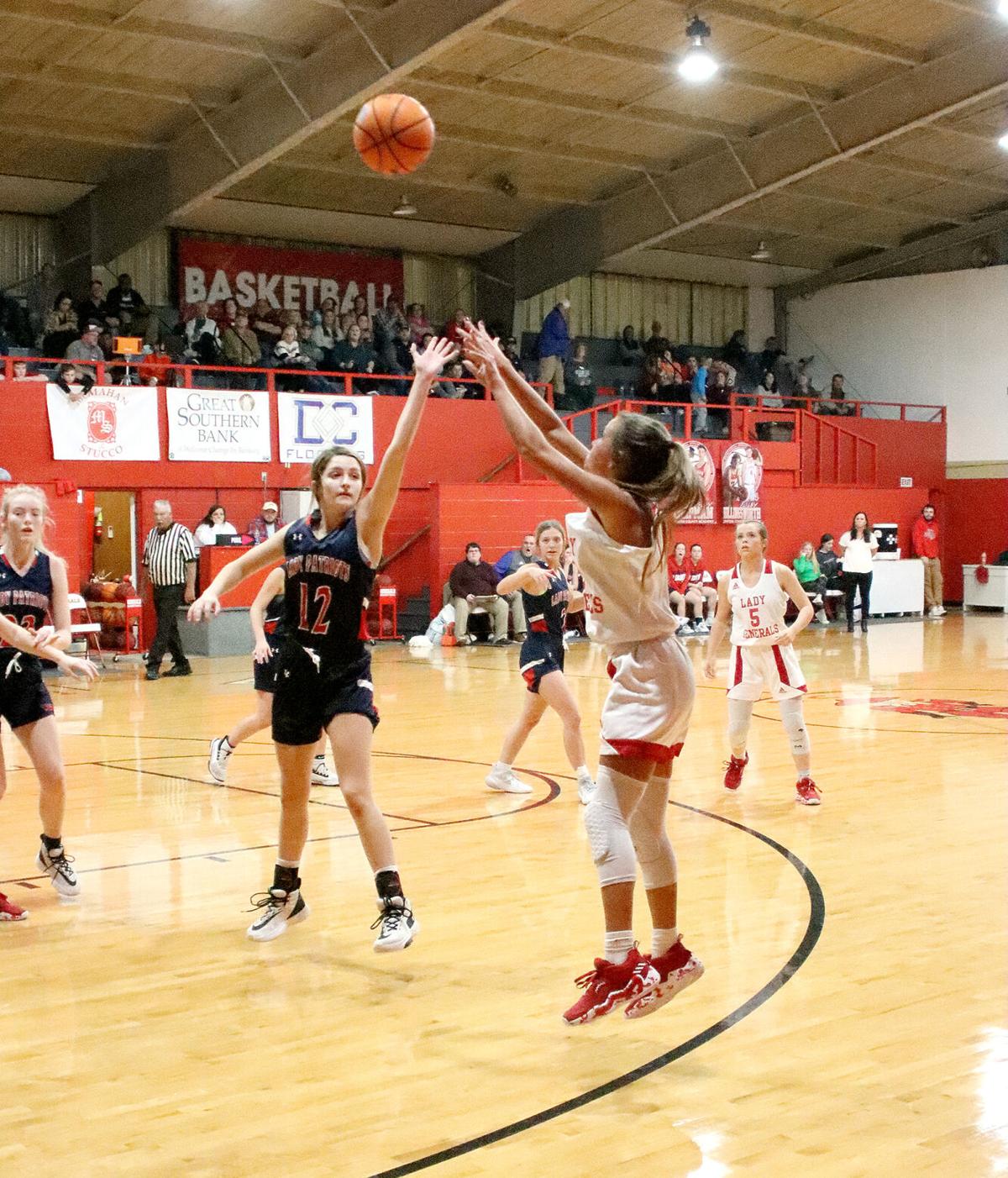 Newton County Academy’s Lilly Hollingsworth shoots a 3 during a game earlier this season.

Steve Harber has been coaching basketball for nearly five decades. In that time, Harber said there haven’t been many players come along who stacked up to Newton County Academy’s Hollingsworth sisters.

After taking the girls basketball coaching job at NCA this year, Harber said he quickly became acclimated with how special Belle and Lilly Hollingsworth were when practices started. The sisters were coming off a doubles state championship in MAIS Class 2A tennis this past spring, and they’re also standout softball players — Belle Hollingsworth signed with East Central Community College to continue her softball career.

For the Lady Generals, Belle Hollingsworth is the lone senior, and Harber has her running point this winter, while Lilly Hollingsworth, a junior, is one of the team’s primary scorers.

“I’ve been doing this for quite a while, and you just don’t have a pair of sisters like this that come along very often,” Harber said. “They get along very well out there on the court and on trips and in the locker room. Having girls myself, I think it’s more an exception for them to get along as well as they do.”

That description might surprise both of the sisters, though, as they insist they have the typical sisterly spats. Often, that comes during car rides.

“She can’t drive,” Lilly Hollingsworth insisted. “She’s an awful driver. I’m the passenger most of the time, and we either just start yelling at each other or she’ll go into this quiet rage.”

Lilly Hollingsworth said since Belle is the older sister, that’s why she’s the one usually driving. Belle Hollingsworth, though, said that’s not the real reason her younger sibling prefers to be the passenger no matter how badly she thinks her older sister drives.

“If I was really the worst driver of the two of us, I wouldn’t be the one driving most of the time,” Belle Hollingsworth said. “The reason she likes to ride is so she can nap. If we’re going somewhere that’s more than five minutes away, she’ll take a nap.”

It is true, however, that the pair not only get along on the court but play better because the other one is also present.

“We’ve always held each other accountable,” Belle Hollingsworth said. “We’re both very competitive, so we push each other to be the best we can both be. Also, being sisters, we can work on stuff outside of school if one of us is struggling with something.”

Said Lilly Hollingsworth, “I love playing with her. I feel like we just get each other. We do argue a lot, but we’re around each other 24 hours a day. It’s nice having her out there with me because I feel like we keep each other calm, and we match each other’s energy. If she’s getting hyped, so will I, and if one of us is getting down the other one will try to pick each other up.”

Harber said it’s not just the pair’s athleticism that makes them stand out, it’s also their work ethic and enthusiasm for every game.

“They play hard and are both good athletes,” Harber said. “They always have their teammates ready to play, especially Belle. She’s a little more vocal than Lilly.”

And while Lilly and Belle are sisters, they’ll never be mistaken for twins on the basketball court.

“They’re totally different players,” Harber said. “Lilly is more of an offensive player — she’s close to having 1,000 points in her career here, and she’s just a junior — and Belle is a good defensive player who has moved to the point for us. She’s learning the position and is a coach on the floor.”

Lilly Hollingsworth said she knows exactly why her older sibling is the team’s vocal leader.

“That’s true for the most part,” Belle Hollingsworth said. “I’m pretty outgoing. I can literally talk to anyone. As far as being a vocal leader, I just try to keep it positive. With us having a new coach, we’re learning a lot, and I don’t want people to get frustrated because we’ve never had this type of coaching before.”

Having played sports together so long, Lilly Hollingsworth said she can’t put into words how grateful she is to have had Belle right next to her for her high school career.

“It really means a lot,” Lilly Hollingsworth said. “I’m trying to soak it all in because next year I’ll be by myself. It’s going to be so weird next year without her because we’ve been playing school ball together for seven years.”

Even if they won’t be on the court or field together during Lilly’s senior year, Belle Hollingsworth said she’s planning to attend as many of her younger sister’s games at NCA as possible during the 2022-23 school year.

“It hasn’t sunk in quite yet that we won’t be playing together next year,” Belle Hollingsworth said. “One of the reasons I chose East Central is because I’ll be close, and if there’s any way I can be here for all of her stuff, I will be.”