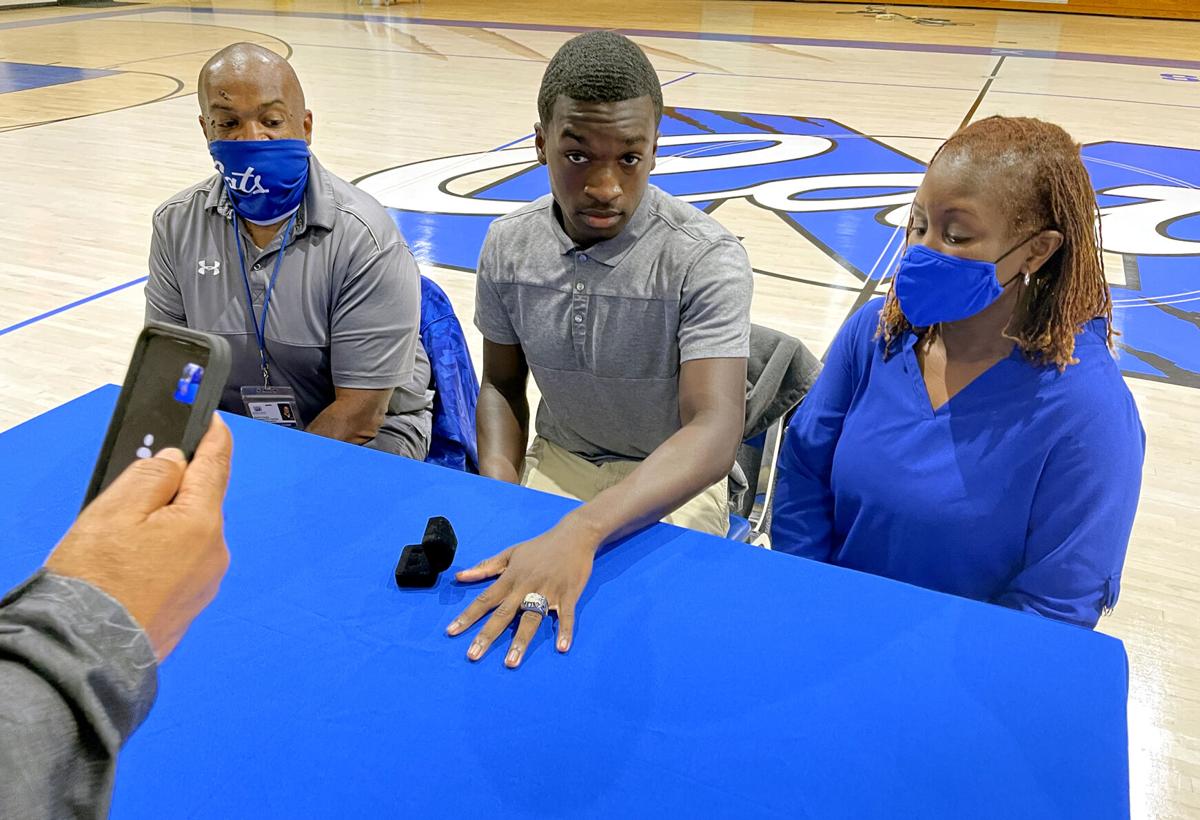 Meridian High School senior Jonathan Vaughn, center, shows off his state championship ring for the 200-meter dash during a ceremony Wednesday, Sept. 15, 2021, in the school's gymnasium. He is joined by his parents, Dr. Ericka and Daniel Vaughn. 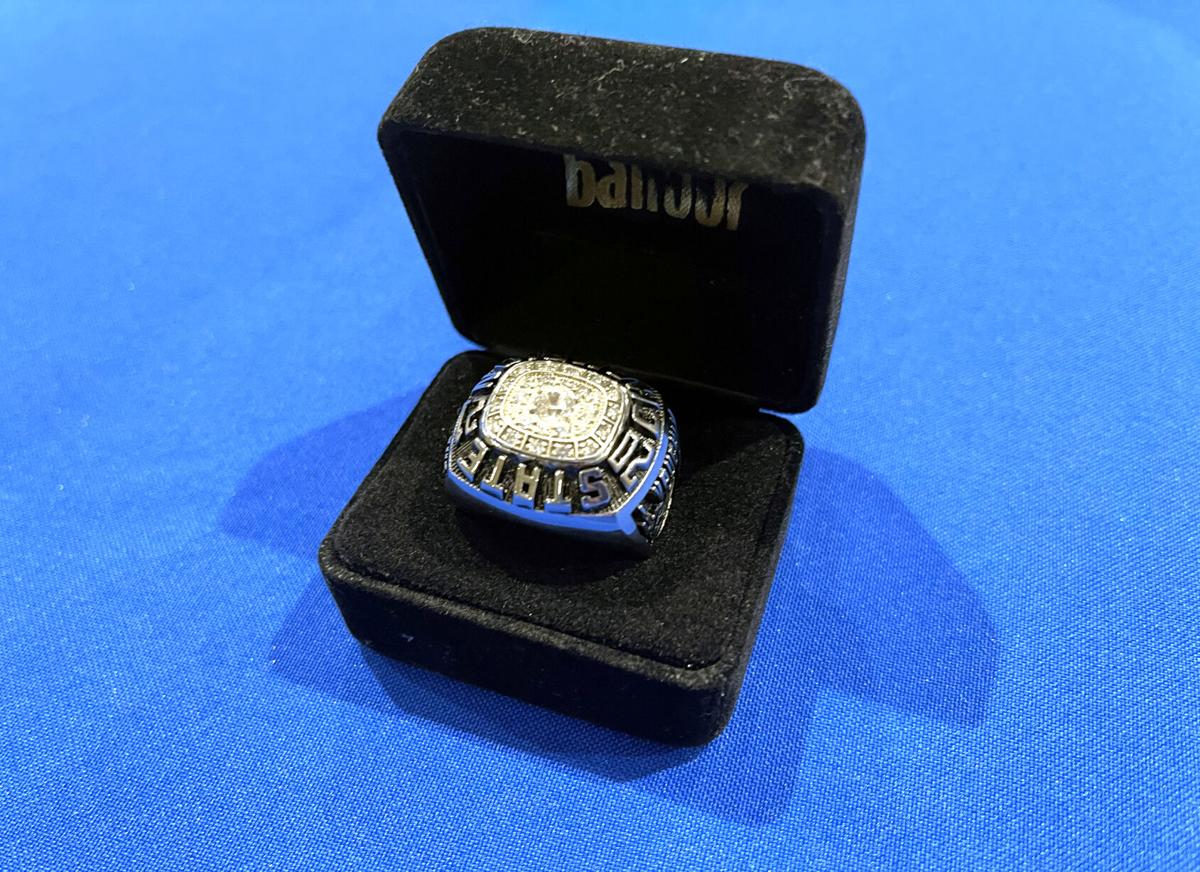 It’s been more than four months since Jonathan Vaughn made Meridian High School history, but the satisfaction of doing so hasn’t worn off.

Vaughn won the MHSAA Class 6A state championship in the 200-meter dash in early May with a time of 21.9 seconds, which is now a school record. Wednesday afternoon, Vaughn was honored in Meridian’s gymnasium when he finally received his state championship ring.

“It’s pretty heavy, but I’ve got no complaints,” Vaughn said after putting on the ring for the first time.

Meridian track coach Regonal Walker said Vaughn’s championship performance wasn’t simply due to his talent, though Vaughn has plenty of speed with which to work.

“It speaks to his work ethic and the work he put in throughout the season, his dedication to track and field and his commitment to practice and being great, so it’s good to honor that and see one of our own exceed the expectations of everyone else,” Walker said.

Vaughn said the feeling of being a state champion and a record holder is just as fresh today as it was back in the spring.

Joining him at the ceremony Wednesday were his parents, Daniel and Dr. Ericka Vaughn, who both said seeing their son get a championship ring was a special moment.

“I’m proud of his dedication,” Dr. Vaughn said. “He’s very dedicated to all of his sports and to his schoolwork, and that dedication has paid off.”

Daniel Vaughn said he feels tremendous pride seeing his son make the most of his athletic abilities.

“Knowing that he has talent and work ethic, there’s no ceiling on what he can achieve,” Daniel Vaughn said. “I’ve been watching him work hard since he was a child, and he has a competitive spirit, and to see that rewarded is a proud moment.”

That dedication is especially impressive to Walker, who said similar athletes might try and get by on talent alone.

“For someone who’s super-talented, to have the work ethic and mindset he has, I’m very appreciative of that because a lot of kids, when they’re extremely talented, they’re not very humble,” Walker said. “He’s very humble, so he’s very deserving of everything he accomplishes.”

That humility comes from knowing someone could come along and knock him off at any time, Vaughn said, and it’s something that will be on the back of his mind when he enters his senior season for track this coming spring and tries to not only repeat as a state champion but break his own record as well.

“I know there’s someone out there working just as hard as me who might have just as much talent as me,” Vaughn said.

Parents a major influence in Vaughn’s quest for greatness

When Jonathan Vaughn was a young child, his family’s house in Milwaukee had a basketball goal.