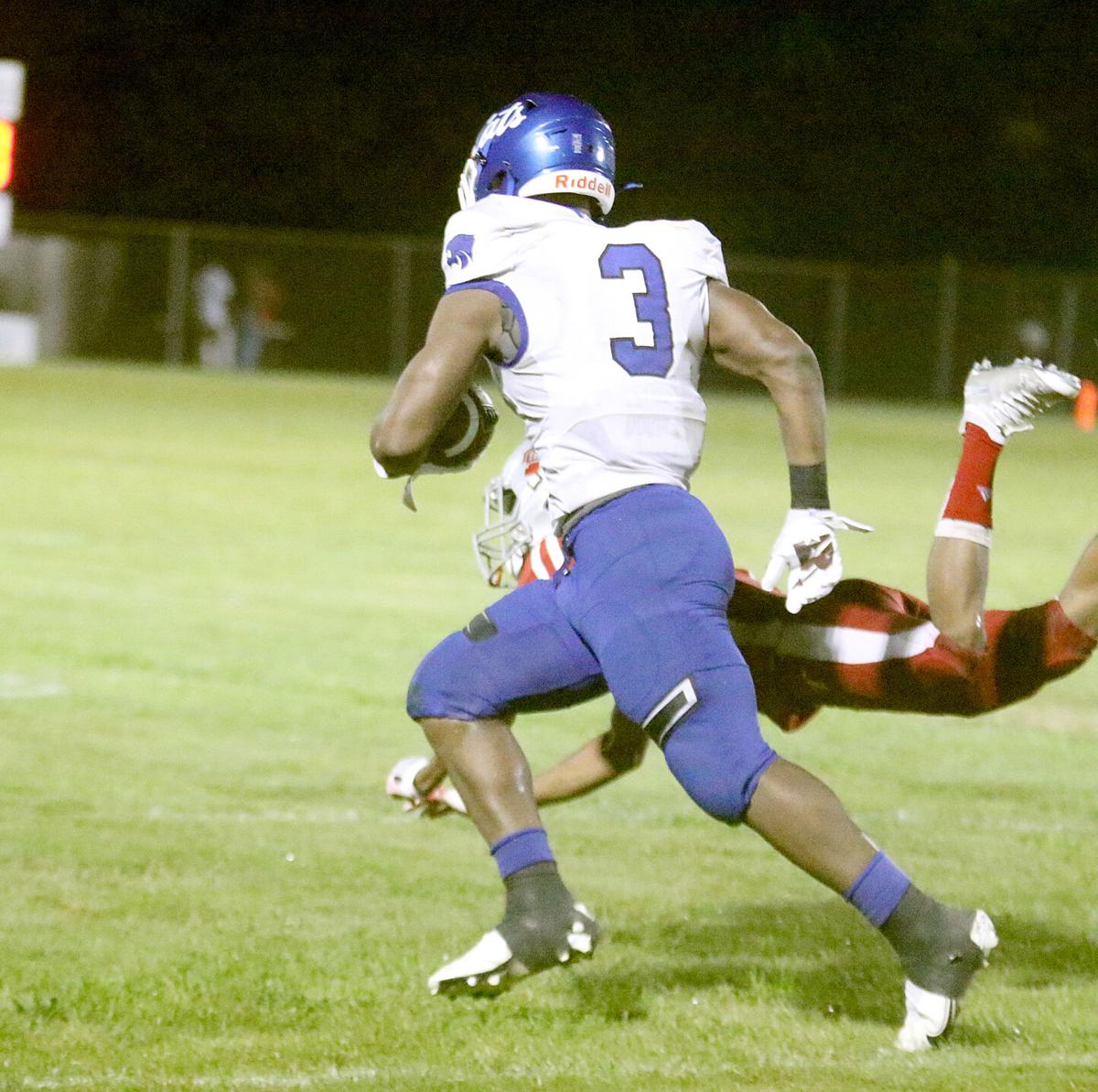 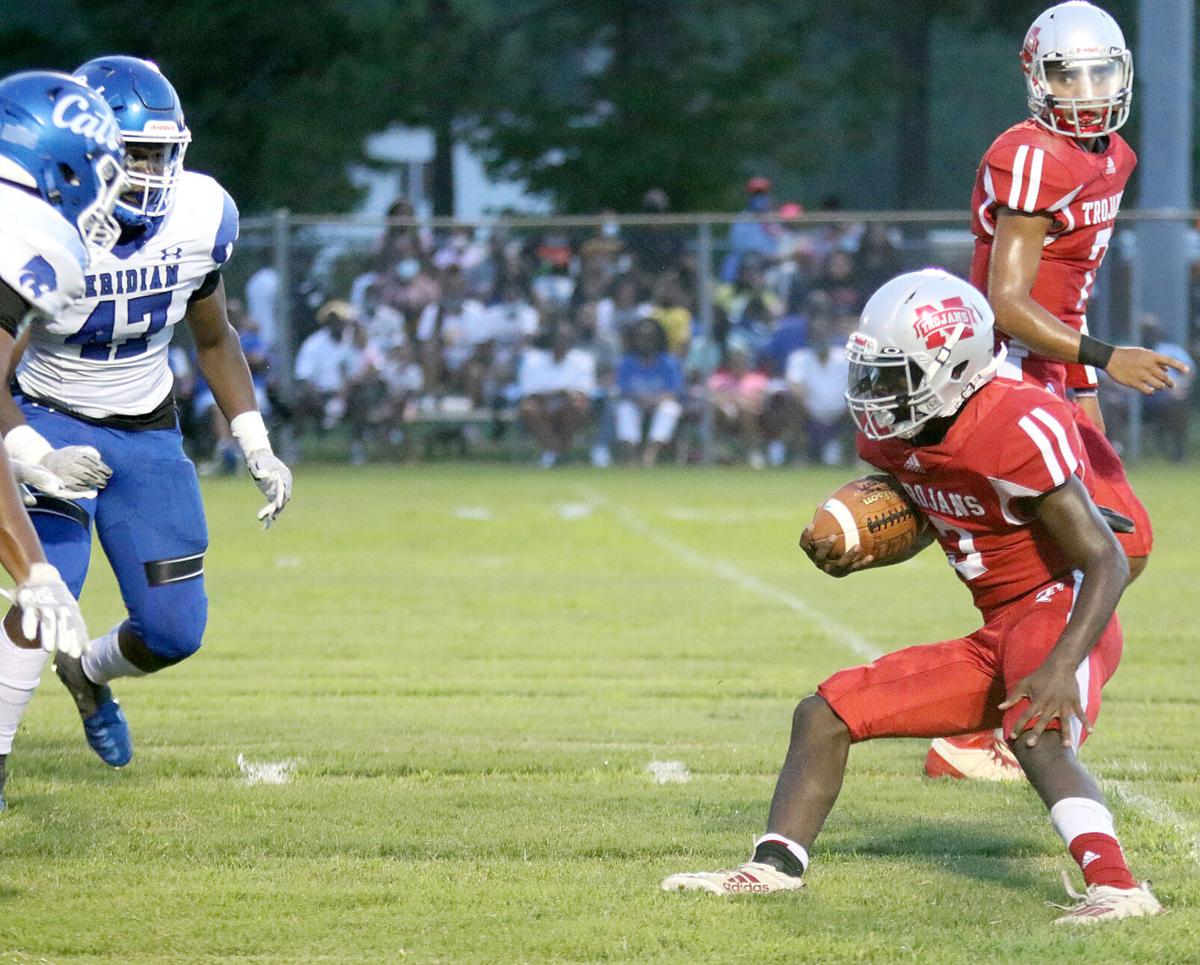 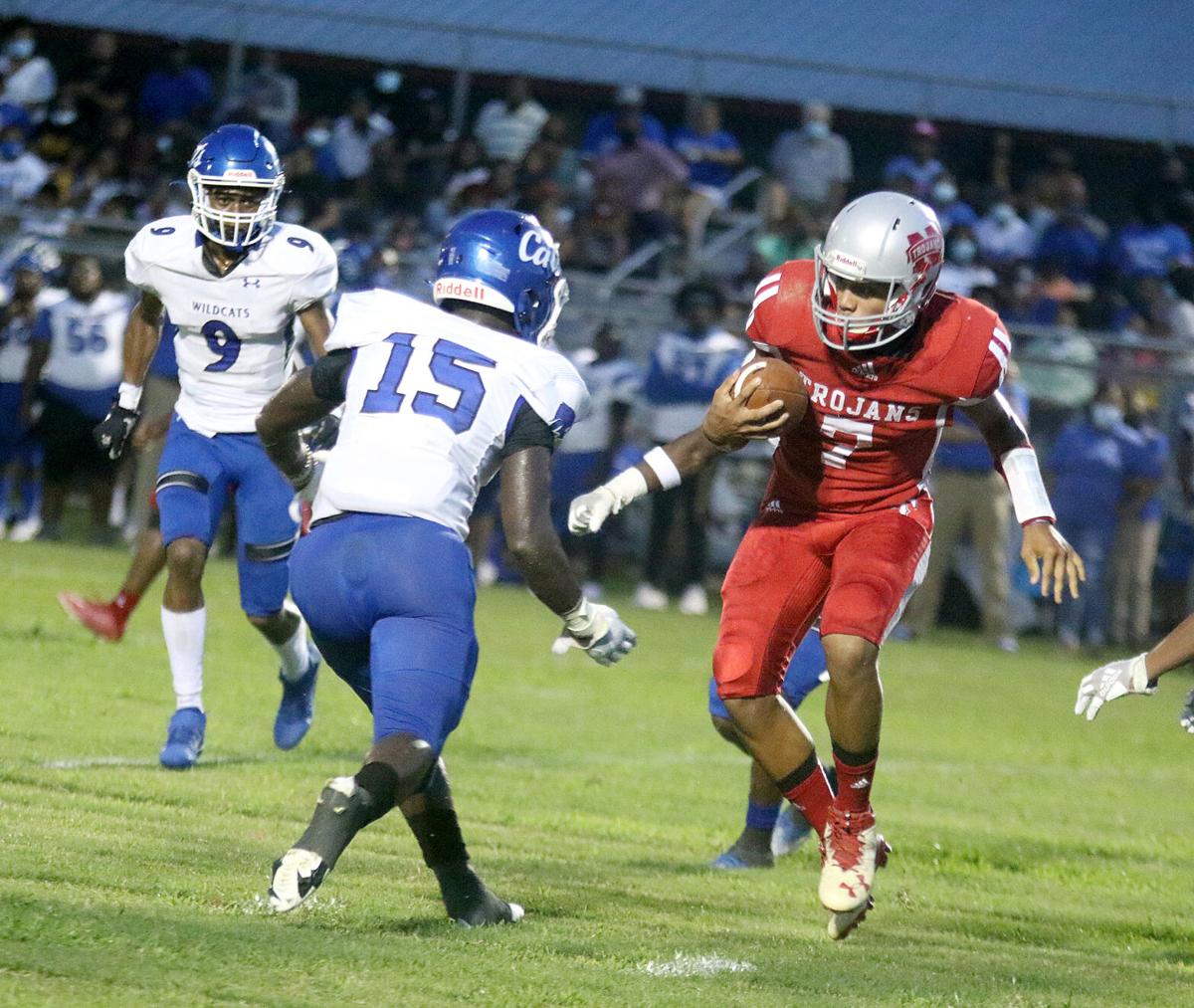 Northeast Lauderdale was going to have to play a clean game if it wanted a chance at upsetting Meridian Friday evening.

The Trojans only trailed 8-7 after one quarter and were having some success defensively, but a pair of turnovers early in the second quarter allowed the Wildcats to build a cushion and take all the momentum. Meridian led 35-7 at the half, and while Northeast Lauderdale did match the Wildcats in second-half touchdowns, the damage had already been done, and Meridian came out on top 49-21.

“It’s huge, obviously,” Meridian head coach John Douglass said. “Everybody makes mistakes, and when you can capitalize on the opponent’s mistakes, that’s a good thing, so it worked out.”

A fumble by the Trojans inside their own territory set up a 3-yard touchdown run by Meridian’s Daniel Hill with 10 minutes to go before halftime, and another fumble on Northeast Lauderdale’s ensuing possession led to a 15-yard touchdown run by Howard Atterberry with 8:37 remaining in the frame. The Wildcats added two more touchdowns on a 45-yard pass from Mark Smith to Quindarrius Jones and a 2-yard run by Atterberry to go up by 28 at intermission.

Northeast Lauderdale scored two touchdowns in the second half on runs of 11 and 3 yards by Quon Simpson, but Meridian’s Brown scored a rushing touchdown with 44 seconds left in the third quarter, and the Wildcats scored again with 19 seconds in the frame when the Wildcats recovered a fumble in the end zone on a bad snap by the Trojans.

“When you’re playing a great football program like Meridian, you can’t make mistakes, because they’re going to capitalize on them,” Northeast Lauderdale head coach Maurice Gowdy said. “They have great skill guys and are big up front. They’re a solid football team, and we just dug a hole for ourselves, but I’m proud of how hard the kids fought and came back strong in the second half.”

“We have to minimize mistakes, but we’re building,” Gowdy said. “We have to fight through adversity, and that’s what I saw tonight. We only had seven points when we came out in the second half, and we kind of fought back to tighten the game a little bit, so I’m proud of our kids.”

Meridian (2-0) is scheduled to travel to West Lauderdale next week, and Douglass said his team will have to improve in certain areas to have a chance at beating the Knights.

“We played pretty sloppy at times — and we did a few good things, don’t get me wrong — but we have a lot of things we need to clean up,” Douglass said. “As we go through our schedule the opponents get tougher, and at some point some of these mistakes we’re making are going to come back and get us.”