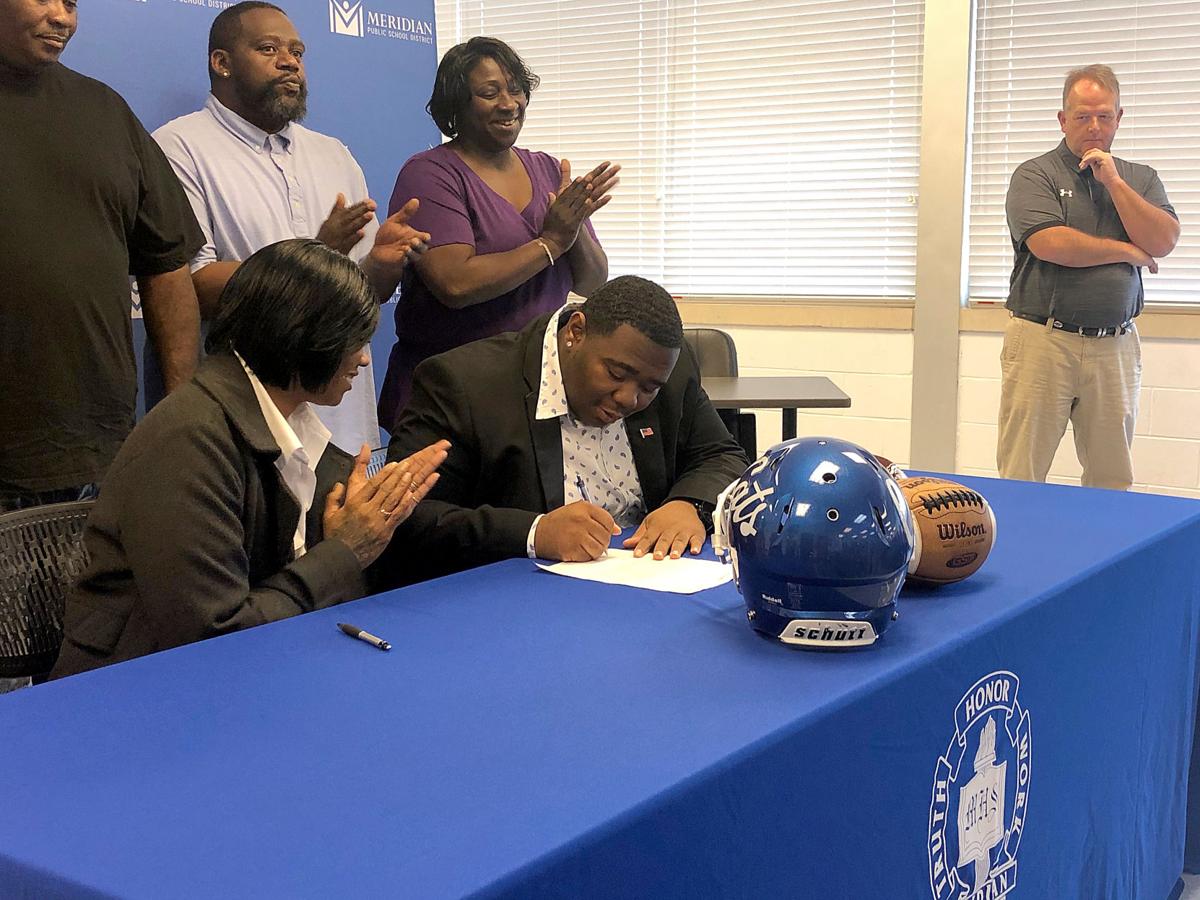 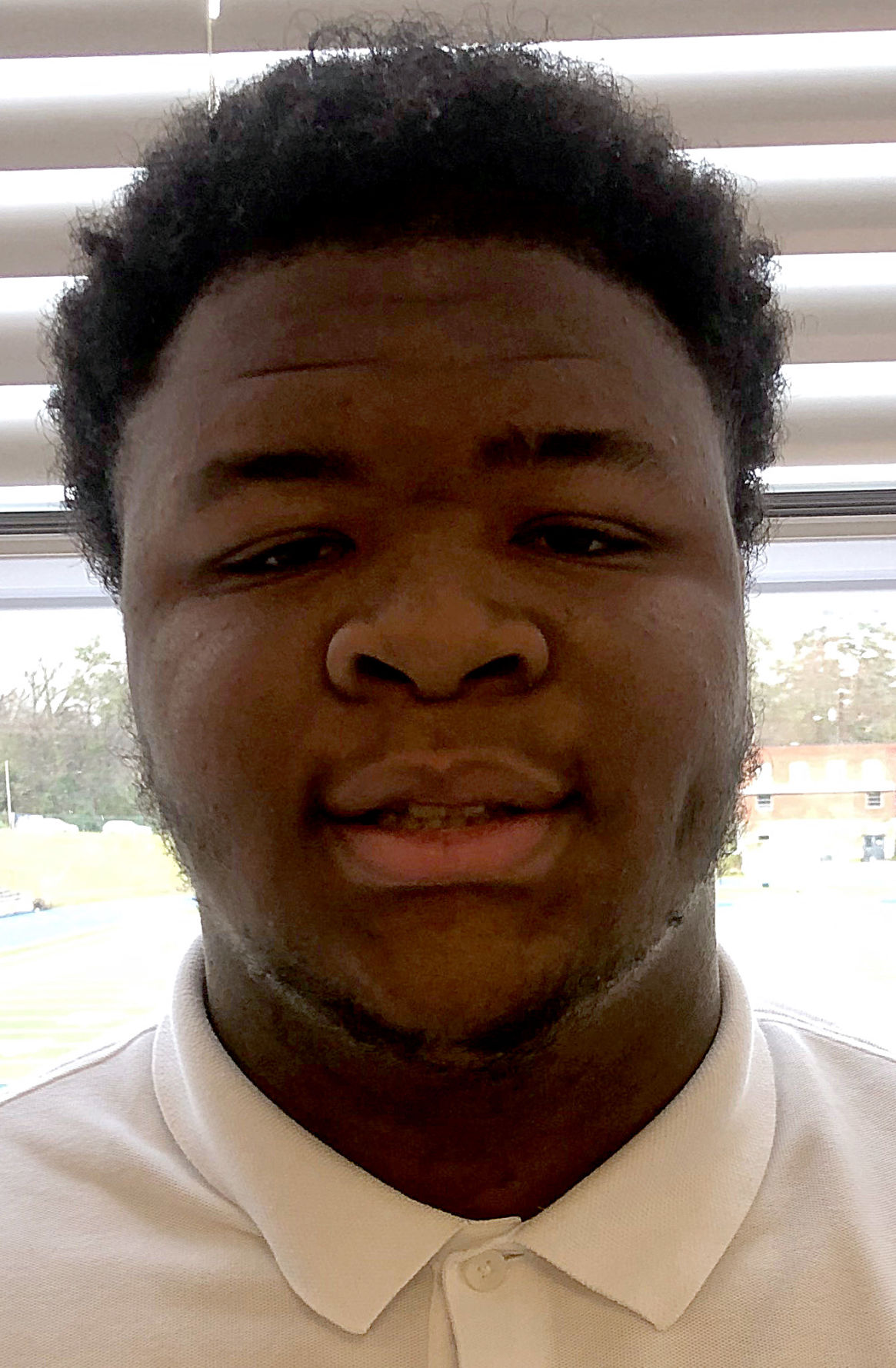 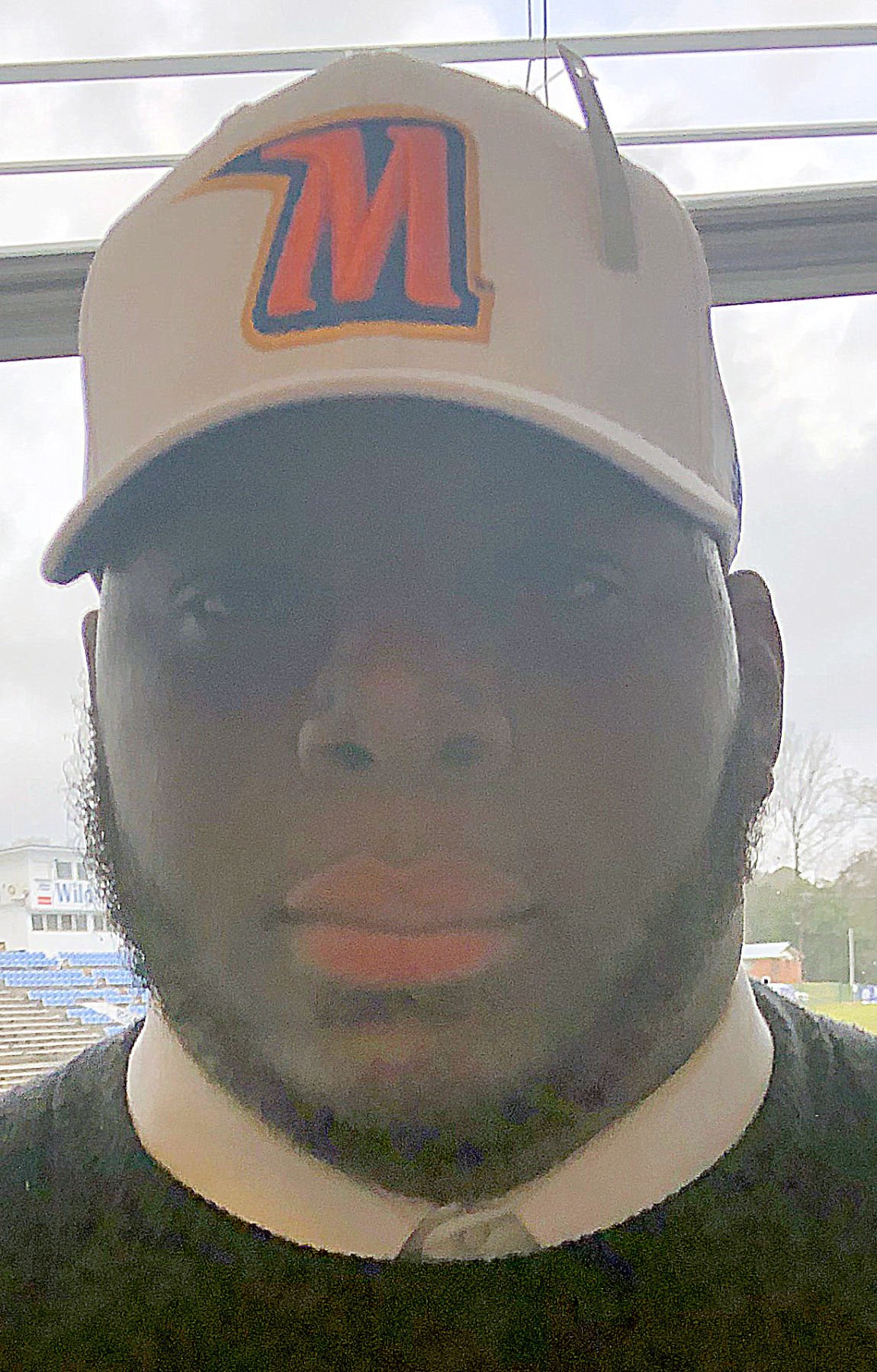 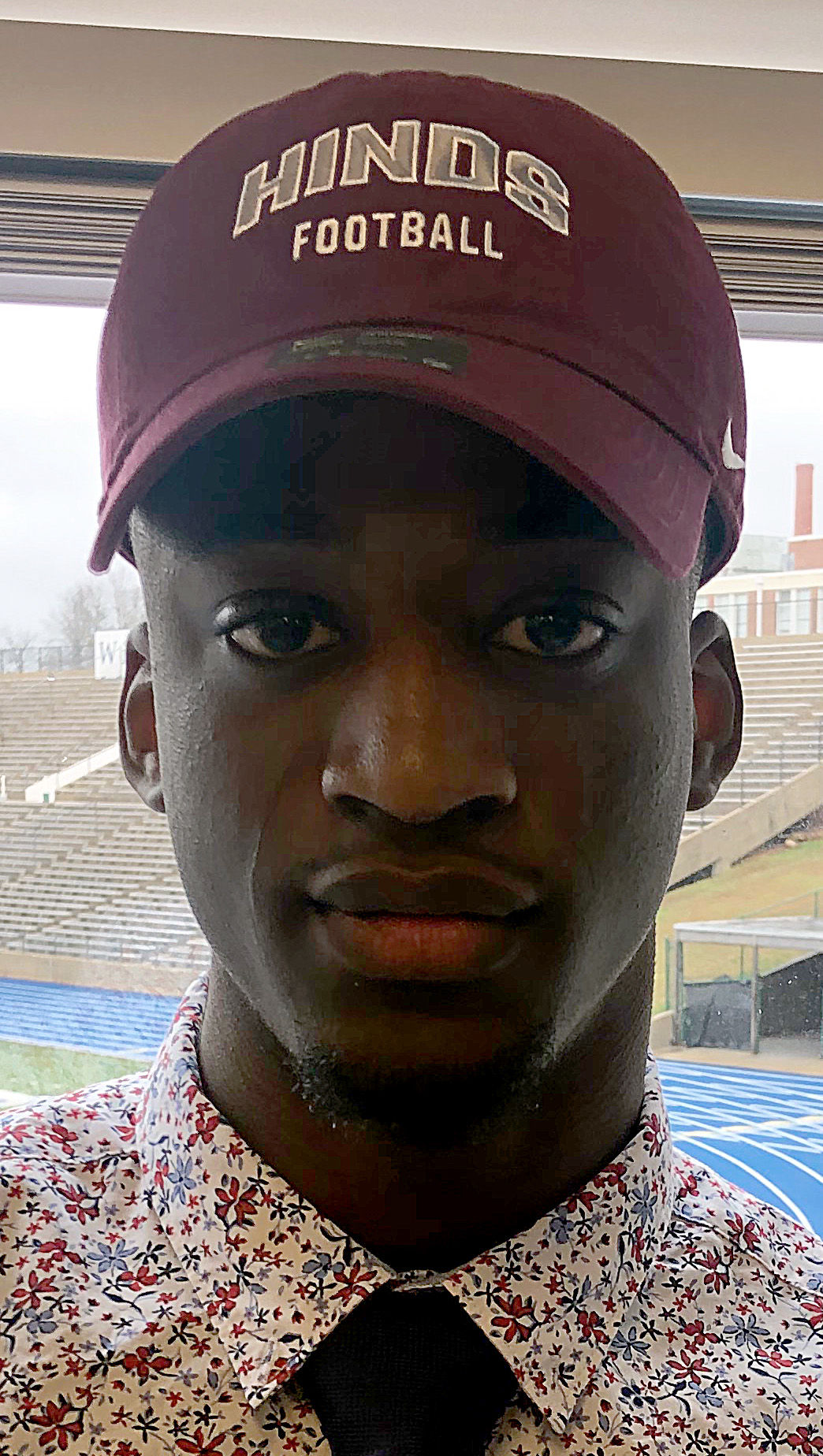 In addition to playing on the Meridian High School football team, Devontae “Pinky” Hunter also served as class president in the school’s SGA, as well as president of the Beta Club, Robotics Club and several other science clubs.

It was a difficult balancing act, but one that proved fruitful: Hunter earned an academic scholarship to Mississippi State, where he will continue studying robotics in hopes of one day being a civil or mechanical engineer. Wednesday was National Signing Day for football seniors, and Hunter opted to join three of his Wildcat teammates in announcing his intentions.

Defensive back Jaylan Jennings and defensive linemen Levi Madison and Marquez Grace signed to play football at Hinds Community College, Morgan State and Mississippi College, respectively, Wednesday morning in Meridian’s multipurpose building. While Hunter’s signing was for academics, he wanted to celebrate the occasion with his fellow Wildcat teammates.

“Playing football here, it’s just family,” Hunter explained. “If the man next to me is my brother, he’s my everything. If I need something, I can talk to him. Football created in me a different mindset, a pure-of-heart mindset, where I find myself loving the game. Having something that builds your passion and courage is important. You have to have courage to be a football player because you’re around a lot of young men, and you have to stand out sometimes and find your character through playing football.”

Splitting time between football, school clubs and studying wasn’t easy, but Hunter said it was worth the price he paid.

“Having a great relationship with my coaches, parents and the people sponsoring the clubs helps a lot,” Hunter said. “Every club I joined I wanted to make a difference. There’s so much negativity around us that I wanted to inspire others.”

Attending Mississippi State has been a dream of Hunter’s since he was young, and fulfilling that dream means more than he can express with words.

“You can ask anyone here,” Hunter said with a chuckle. “There wasn’t any surprise when I came up here with a Mississippi State hat on because I’ve been preaching since the eighth grade that I was going to Mississippi State. No matter what’s in my way, I’m going to find a way to go to Mississippi State — and the academics and engineering school there is amazing, one of the best in the nation.”

Jennings said Hinds gave him a good feeling when he took an official visit, and after praying about the decision he decided to continue his football career with the Eagles.

“I like their campus,” Jennings said. “It’s just a different environment, and it felt like family there. You just feel like you know everyone there. Plus, I talked to God a lot, and He told me to go to Hinds.”

Morgan State is an HBCU in Baltimore, Maryland, and Madison said, like Jennings, he felt a family vibe from the team on his official visit.

“I went up there on a visit, and they really made me feel at home,” Madison said. “I felt like I could relate to a lot of the guys on the team and that there was good teammate chemistry. I feel like we’re going to have a pretty good team this year with a couple of guys that are coming in. It wasn’t really a matter of where I was going to play as much as it was having people (support) me both as a player and as a person.”

Grace said there were multiple things he liked about Mississippi College.

“I like the coaching staff,” Grace said. “They have some great coaches down there, and they have some (former Meridian) teammates down there who I played with. I just really enjoyed the campus, and they’re a great academic school, too, so it was just the best choice for me.”

Meridian football coach John Douglass said seeing his players have enough success to continue their academic and athletic careers at the next level is one of the most rewarding things about coaching.

“That’s the reason we’re here,” Douglass said. “That’s the reason you become a teacher and a coach. You want to prepare these young men for what’s to come next. Obviously we want the absolute best we can get out there on the football field, and these guys stepped up and did that for us, so I’m very excited they’re having the opportunities that they’re having.”