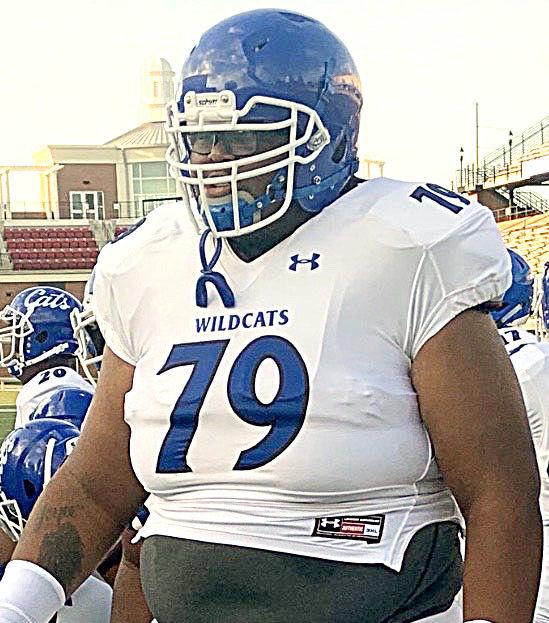 Meridian offensive lineman Jydarius Tell is pictured prior to a game this past fall. Tell, a recent graduate of MHS, will continue his football career at Rochester Community and Technical College. 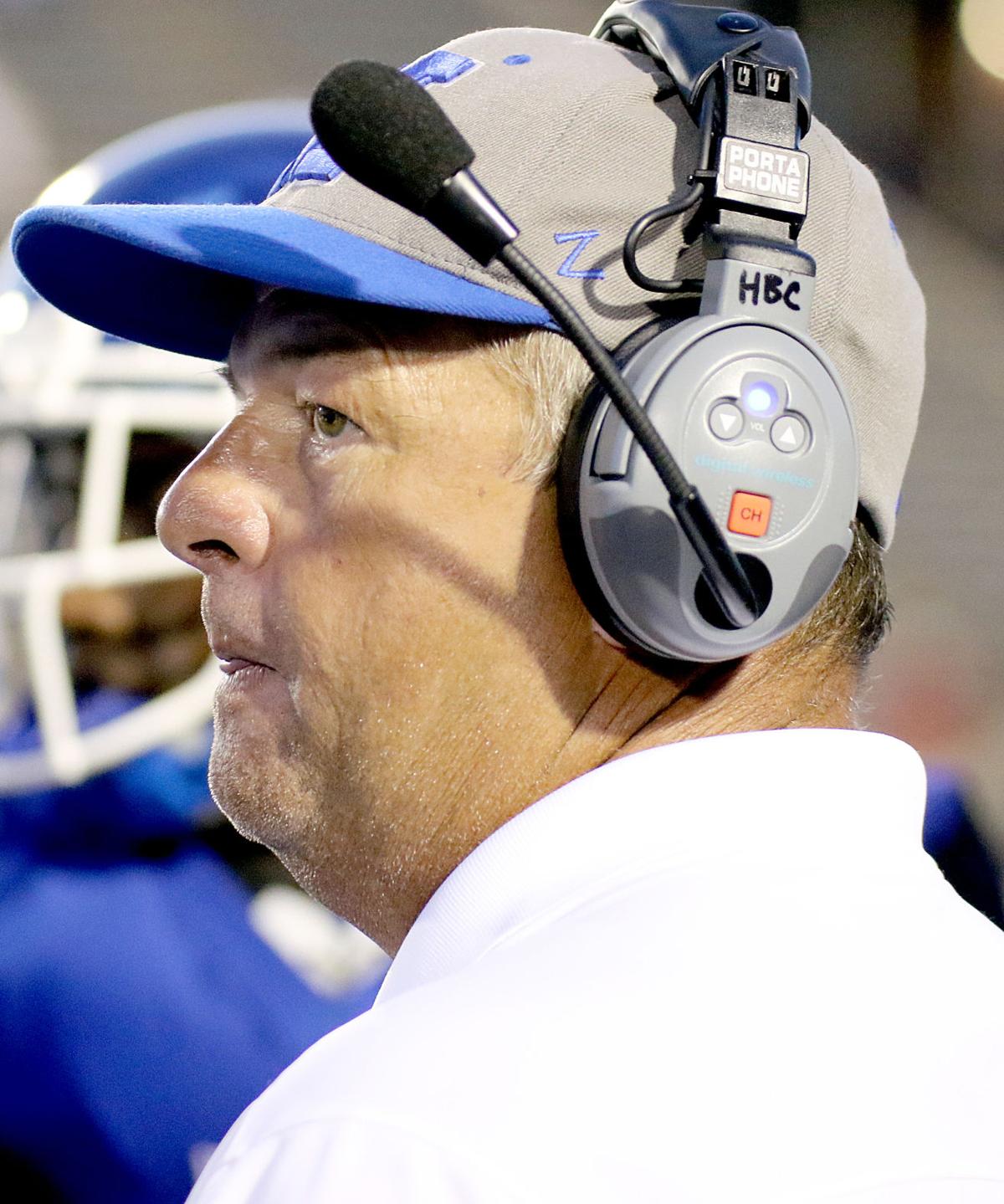 Jydarius Tell started off his senior year at Meridian on the defensive line.

Several weeks into the season, however, head coach and offensive line coach John Douglass made the decision to move Tell to the other side of the ball.

“He was just one, who when I said, ‘Hey we need you to come over and learn one of these positions on the offensive line, help us out over there,’ he just said, ‘Alright coach. Whatever you need,’” Douglass said. “That’s the kind of the attitude and commitment you’re looking for out of all your kids, so it’s really nice when the conversation goes as smoothly as that one did.”

For the 6-foot-6, 390-pound Tell, offensive line is where he prefers, and it’s where he’ll be spending the fall on the Rochester Community and Technical College football team after recently committing to the Minnesota school.

“It feels great. For real,” Tell said. “My friends and family have been telling me they’re proud of me and congratulating me.”

The journey to this point was difficult, he said, as he started playing football in ninth grade on the junior varsity squad weighing more than 430 pounds. He didn’t join the varsity ranks until the 11th grade, but over the course of his high school career, he lost 40 pounds to reach his current weight.

He said he started out playing offense before he was shifted to defense. He’s glad to be playing the former in college.

Douglass said it’s satisfying to see players with the work ethic and open-mindedness like Tell reach the next level.

Tell said he was drawn to Rochester Community and Technical School for its campus and the football program. He has his reservations about the distance from home, but after speaking with the coaches he felt it was a great fit.

“I wanted to play football, but then again I wanted the academics, too,” he said. “I wanted to go up there and do well and still play ball at the same time.”

Douglass said he thinks Tell will find success in college.

“He’s willing to work hard, and he’s got the right kind of character as far as understanding his responsibilities and his commitment to not only his academics, but his role on the football team,” he said. “I would expect him to go up there and be successful not only on the field, but in the classroom as well.”