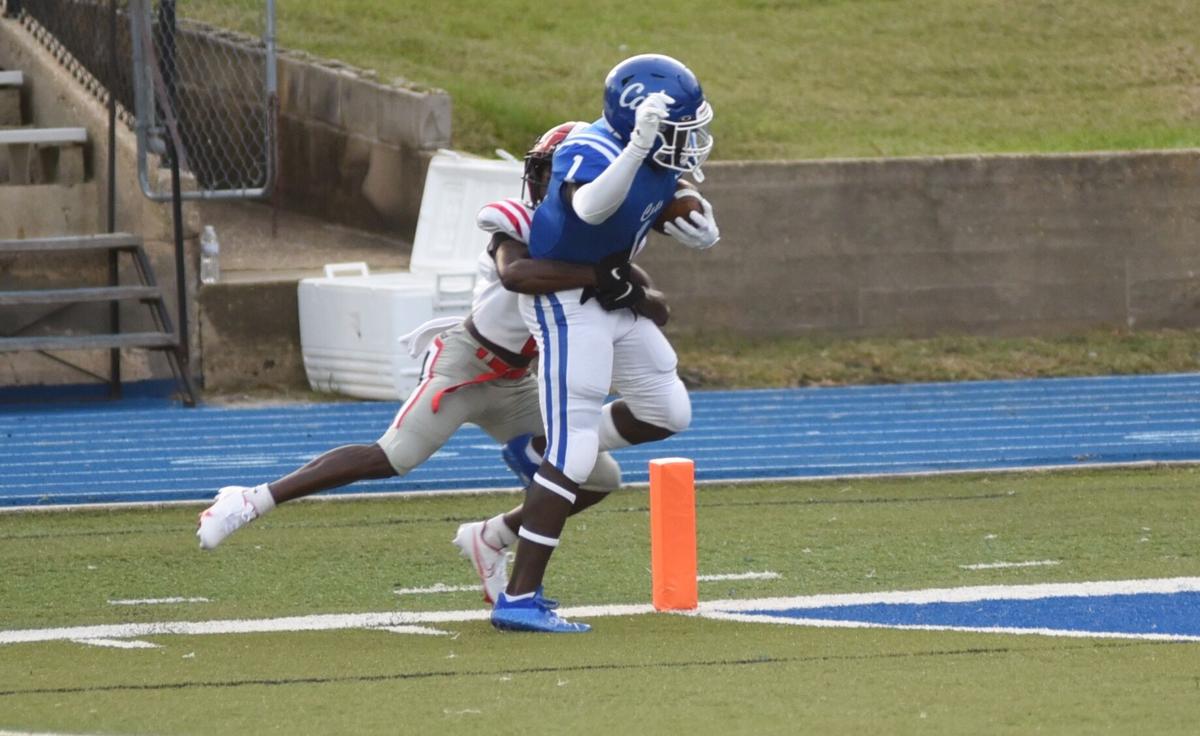 Meridian High School's Jonathan Vaughn fights off a Philadelphia defender en route to a touchdown during their game Friday, Aug. 27, 2021, at Ray Stadium. 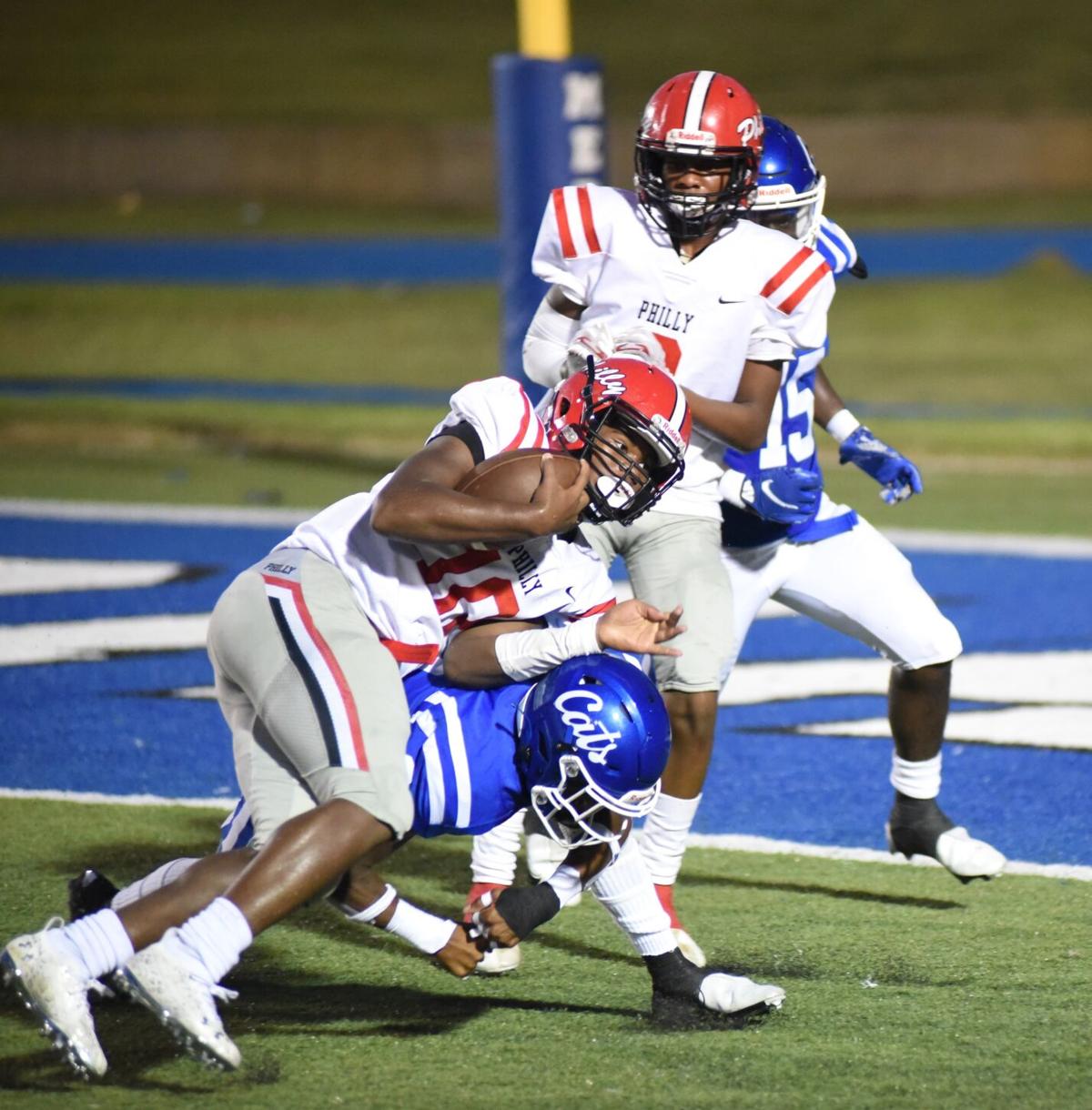 Philadelphia quarterback Marcus Beamon fights for tough yardage near the Wildcats' goal line during their game Friday, Aug. 27, 2021, at MHS. 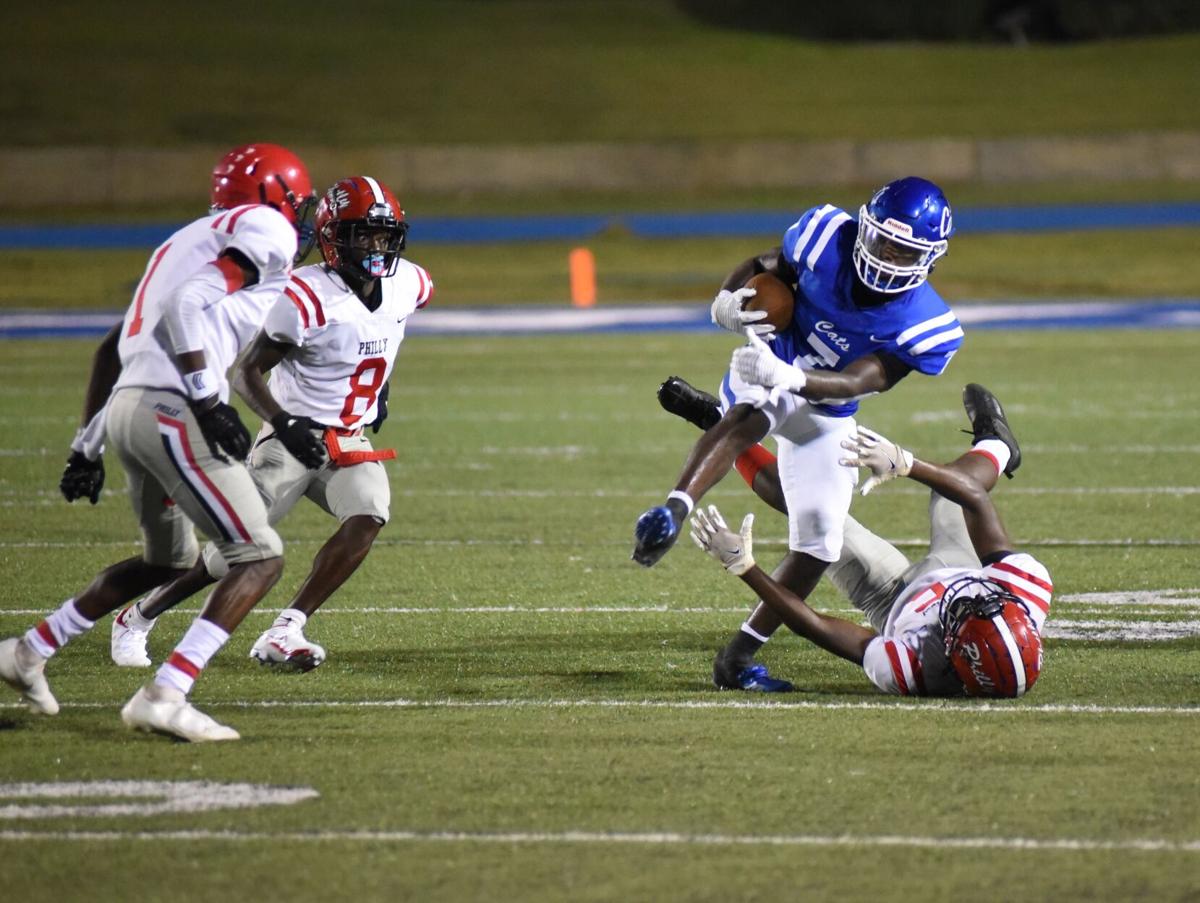 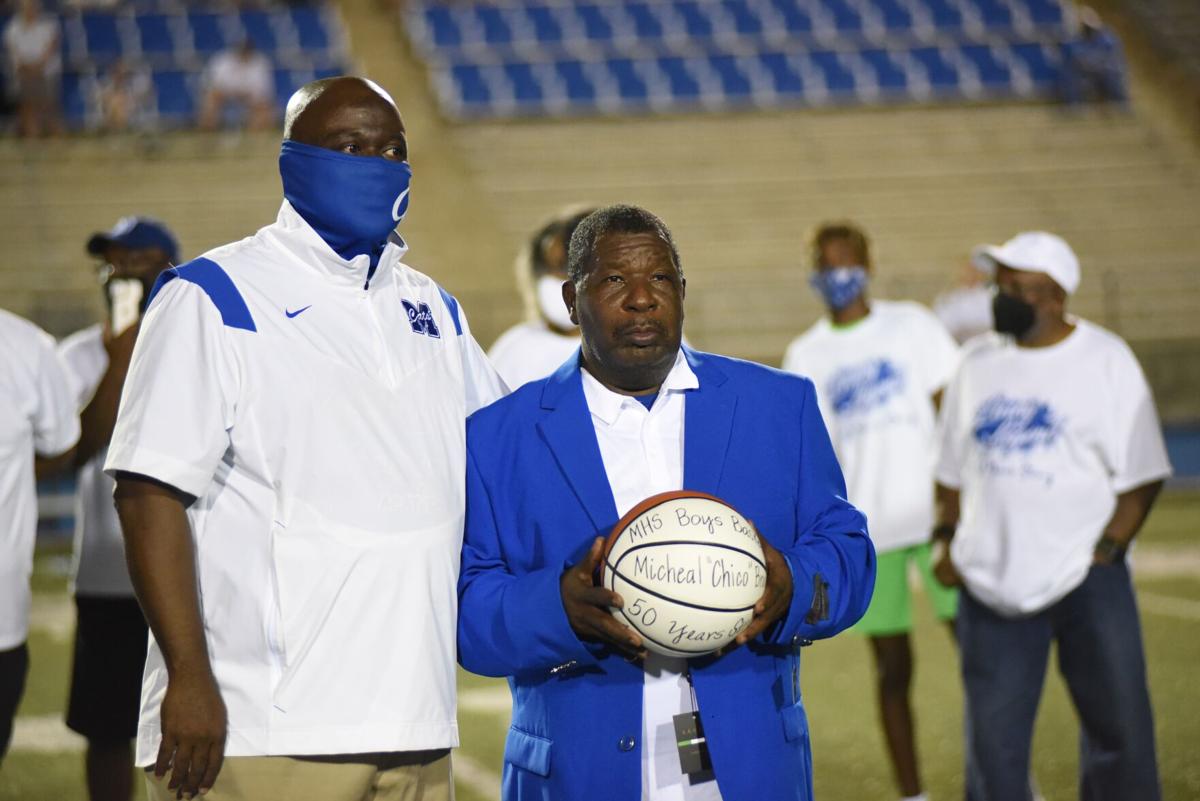 Meridian High School's Jonathan Vaughn fights off a Philadelphia defender en route to a touchdown during their game Friday, Aug. 27, 2021, at Ray Stadium.

Philadelphia quarterback Marcus Beamon fights for tough yardage near the Wildcats' goal line during their game Friday, Aug. 27, 2021, at MHS.

Only one team got the win, but both Meridian High School and Philadelphia got the second thing they wanted: a game on opening night.

The Wildcats were originally scheduled to host Laurel Saturday, but Laurel’s move to distance learning earlier this week meant they couldn’t play under MHSAA rules. Philadelphia likewise lost its season opener at Noxubee County, so the two schools decided to play each other at Ray Stadium instead.

Mark Smith had three touchdown passes for MHS to help the Wildcats top the Tornadoes 35-14 Friday, and assistant coach Glen Sanders said he was happy the players got to experience their season opener during its scheduled week despite all the uncertainty.

“Our kids were anxious,” Sanders said. “When they found out Wednesday that Laurel had to quarantine they were really disappointed, and we all were, especially since we had our jamboree down at Wayne County canceled as well, so it was big tonight to come out here and get a first ball game under out belts and something to build upon.”

Philadelphia head coach David Frey said it was nice to have a quality opponent not far from home in MHS they could slide onto the schedule, and Friday’s game helped the Tornadoes both evaluate where they are after fall camp and develop some stamina in the players having to play offense and defense.

“We needed it,” Frey said. “Us blocking ourselves in practice isn’t really helping us too much, so we needed to see a team like this. That’s why I chose Meridian. They’re bigger and stronger than us and are a bigger school, and we needed that, and we needed to get used to going both ways. This will help us in the long run.”

The Wildcats struck first on a 53-yard touchdown run by Jonathan Vaughn just one minute into the game, and MHS made it 14-0 on a 30-yard touchdown reception by Quindarrius Jones with 6:42 left in the first quarter. Philadelphia cut the lead to 14-6 with 11:20 left in the second quarter on a 2-yard carry by Chancellor Greer.

Elijah Brown scored MHS’s final touchdown on a 1-yard carry with 1:51 left in the game.

MHS finished with 152 yards on the ground, and Smith went 7 of 13 passing for 154 yards and three touchdowns. Sanders said he was pleased to see his team execute some things they wanted to try in the passing game, and he felt like the running game was strong as well, but several fumbles and penalties that cost the Wildcats some promising drives need to be cleaned up moving forward.

“We just had mistakes on the offensive side of the ball that cost us some points,” Sanders said. “I hope that’s just first-game stuff and we get those kinds of things out of the way and get ready to improve every week from that standpoint.”

“Chance never gives up,” Frey said. “He’s full speed all the time in practice, and he’s one of the few I have who is always 100 miles an hour.”

At halftime, MHS honored long-time volunteer Michael “Chico” Brooks for 50 years of service to the school and Wildcat athletics, and Sanders said there isn’t an individual more deserving of recognition than Brooks.

“Chico is a legend here,” Sanders said. “He’s an institution in himself. He’s a great guy, and he’s Mr. Wildcat.”