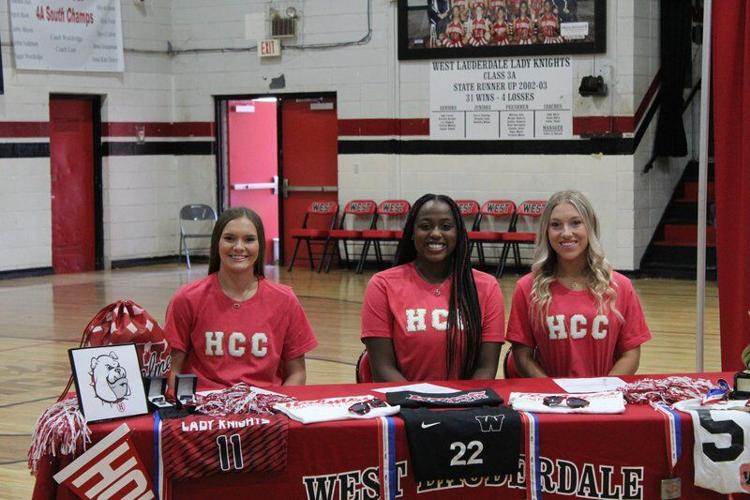 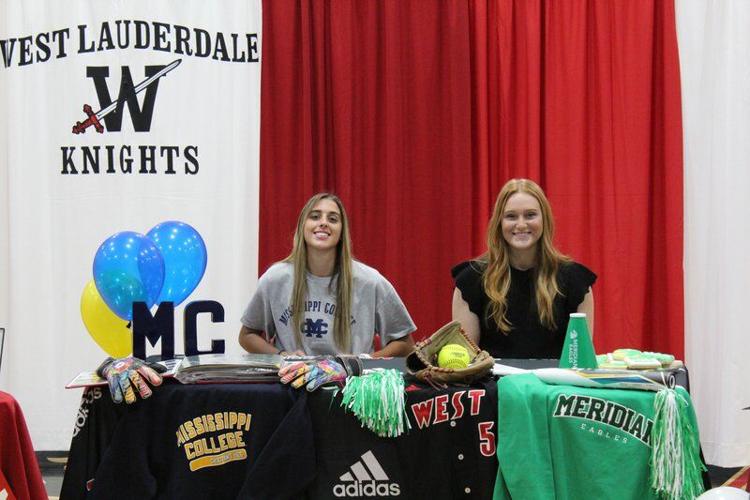 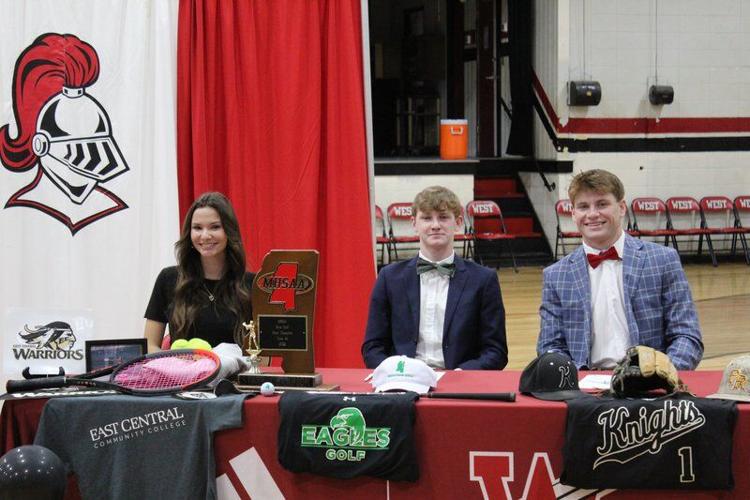 Four Knights signed to play soccer at the next level in the West Lauderdale gym on Tuesday morning, and three of them will be making the move together.

“They have played together since they were really little, like from the beginning, and they continued to play together all the way to this year, so it’s really special that a lot of them get to play together in college,” West Lauderdale coach Celeste Boswell said.

Fairley said Holmes was the right fit for her because it is a nice school in a nice area full of great people.

“As soon as I went for my visit, it just felt like home. The coaches, the staff, everyone was just really welcoming. In the long run, they have a very competitive program, and I think that’s just what I was looking for,” Harrison said.

Fairley wants to make a difference on the field for a program that has only lost ten games in the past six years. She said playing with her teammates for two more years is the best feeling in the world.

“We’ve been playing together since we were probably three and four, so we’ve all been very close, and we’ve all just decided that we wanted to take this step together,” Harrison said.

Off the field, Fairley and Phillips are still undecided on what they want to study at Holmes, though Phillips has an interest in physical therapy. Harrison plans to study science.

“They have great programs. Their science department is wonderful, which is what I’m majoring in, so that’s going to help me a lot. Overall, the staff and the teachers are just very welcoming and they have a good atmosphere,” Harrison said.

“I think it’s amazing for them. They all deserve it. They’re all great players, and they’ve worked really hard to get to where they are,” Humphries said. “I chose Mississippi College because I fell in love with it. The program was amazing. All the girls were welcoming and the coaches were great, and the school is just all around a great school.”

Boswell said Humphries is amazing in the goal and keeps the Knights in games with great saves on the field. In the classroom, Humphries plans to study pre-dentistry.

“I’m really proud for her. She’s worked her tail off for it, so I think she can accomplish anything she sets her mind to,” Phillips said.