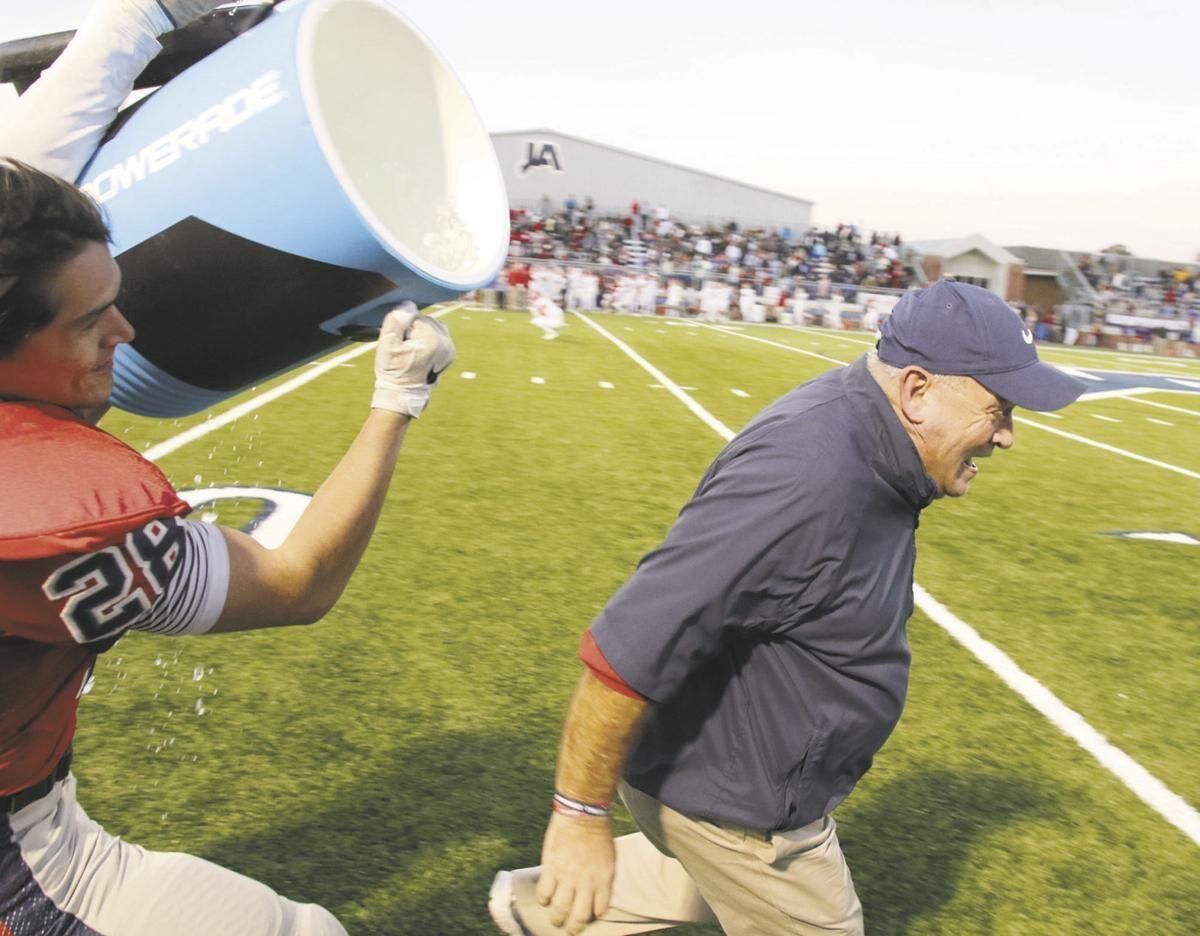 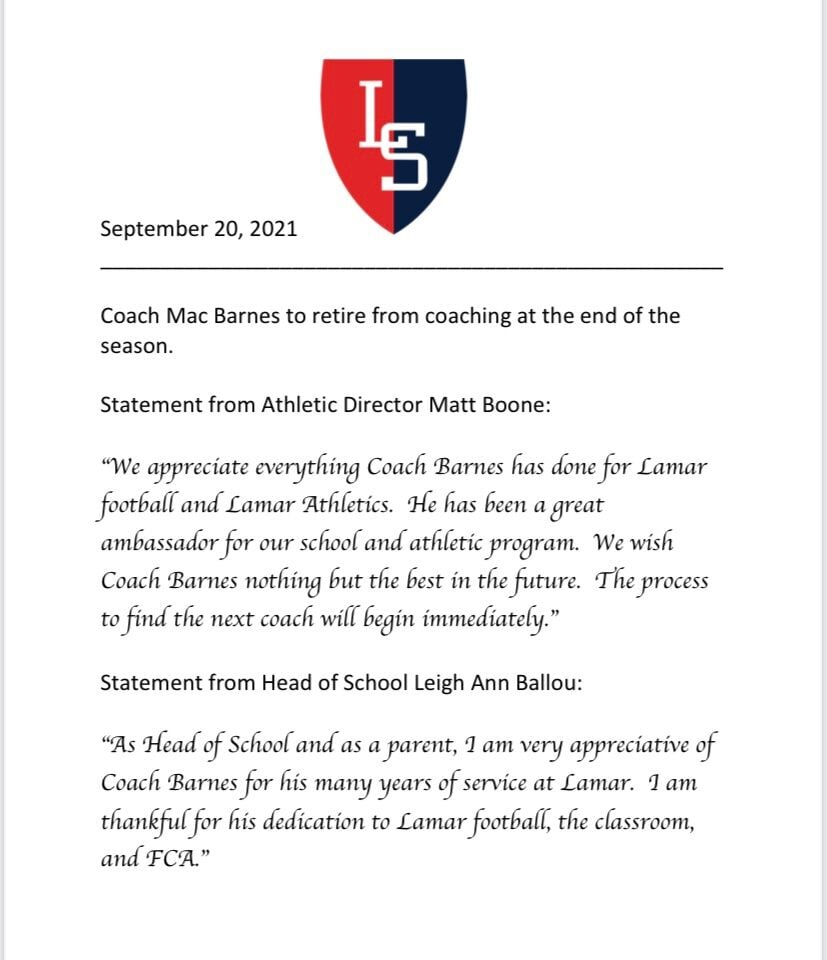 Lamar football coach Mac Barnes will retire at the end of the season.

Barnes, who led Lamar to six state champions in 2003, 2007, 2013 and 2016-18, is currently in his 21st season coaching the Raiders. The school announced Barnes’ retirement in a press release Monday afternoon.

“We appreciate everything Coach barnes has done for Lamar football and Lamar Athletics,” athletic director Matt Boone said in the statement. “He has been a great ambassador for our school and athletic program. We wish Coach Barnes nothing but the best in the future.”

“As Head of School and as a parent, I am very appreciative of Coach Barnes for his many years of service at Lamar,” Ballou said in the statement. “I am thankful for his dedication to Lamar football, the classroom, and FCA.”

Boone said the process to find a new football coach will begin immediately.